I really enjoyed re-reading these three posts from the 2012 Forum and thought some of you that tune in here would also enjoy the read.

Here is an ad for a Faultless and its extras as sold at Sears. 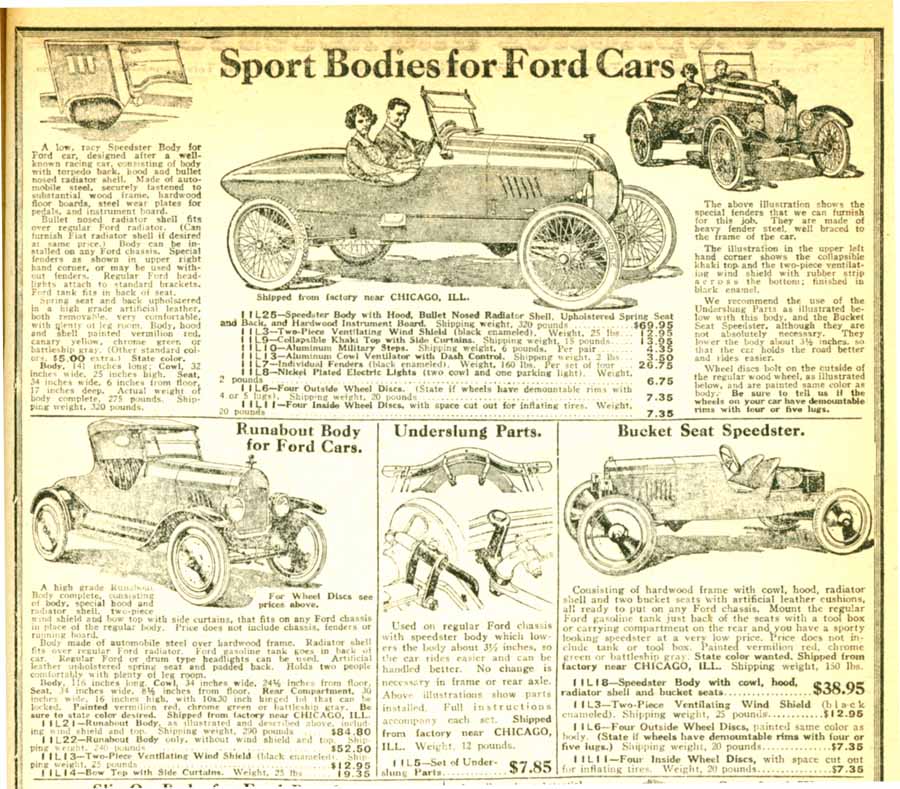 Here is a color factory brochure of a Faultless with different radiator shells. They call it a Fiat shell but it looks like a Whippet shell. 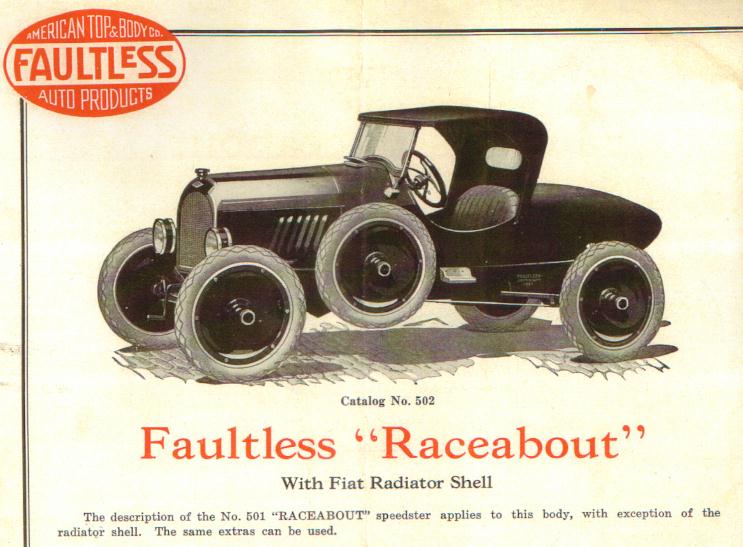 Factory black and white photo of a Faultless. Note the seam where the cone was extended and that the scoop on the cowl is for the gas tank and not an air vent making this a 26 or 27. 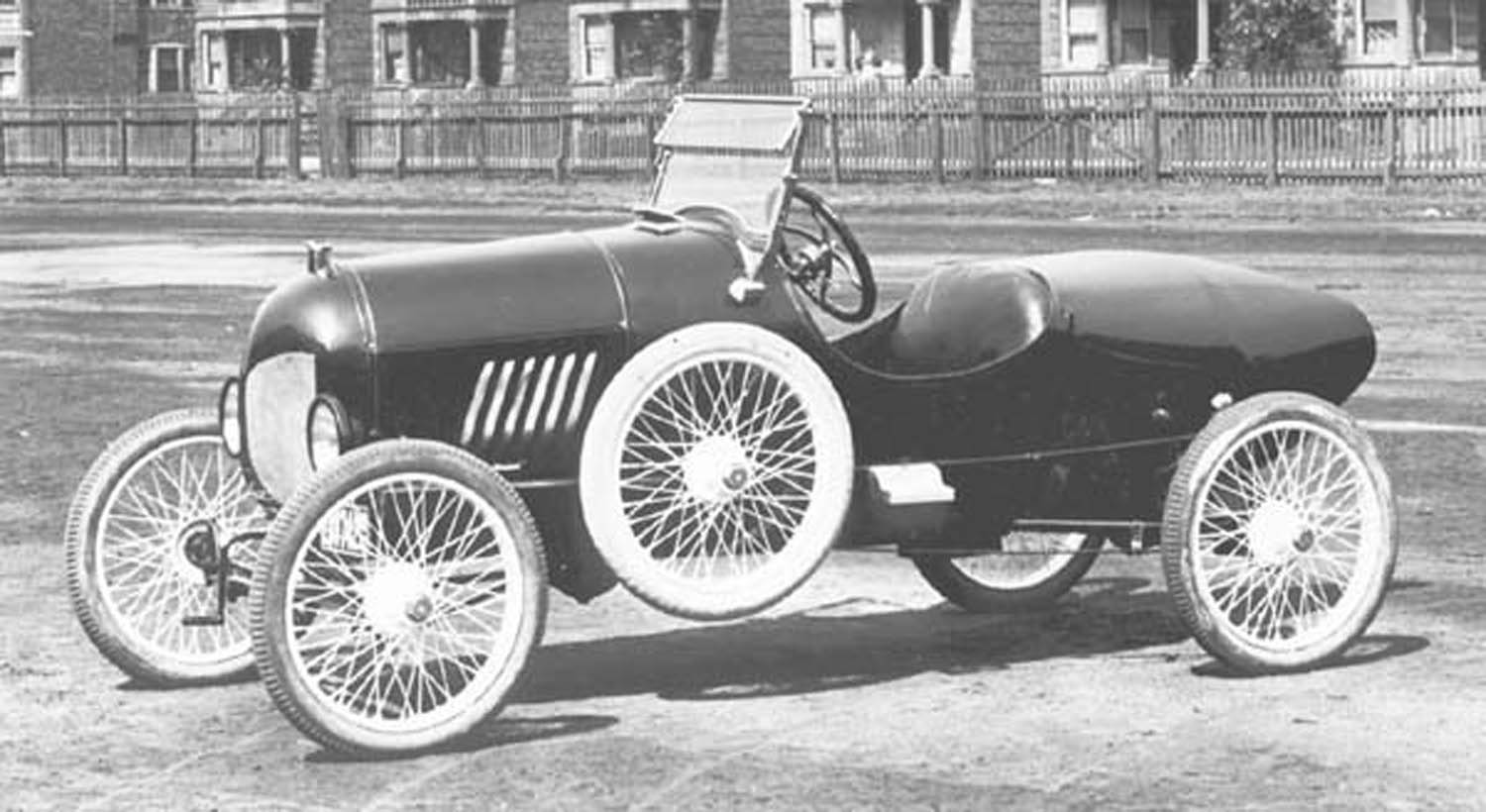 Faultless sold the rights to their design and it was later sold as a Bulldog and would fit a T or an A. You had to tell them what year you were modifying because they sold several different types for different frames. The T radiator fit under the Bulldog shell. 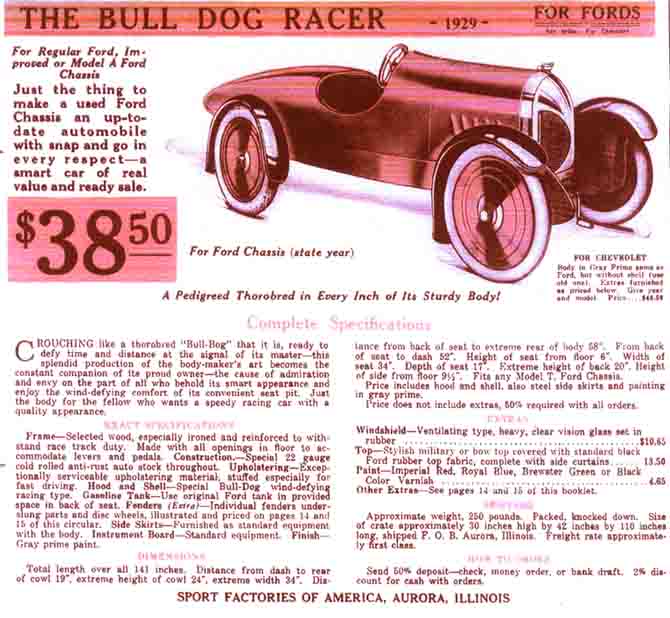 Here is a Bulldog as restored. 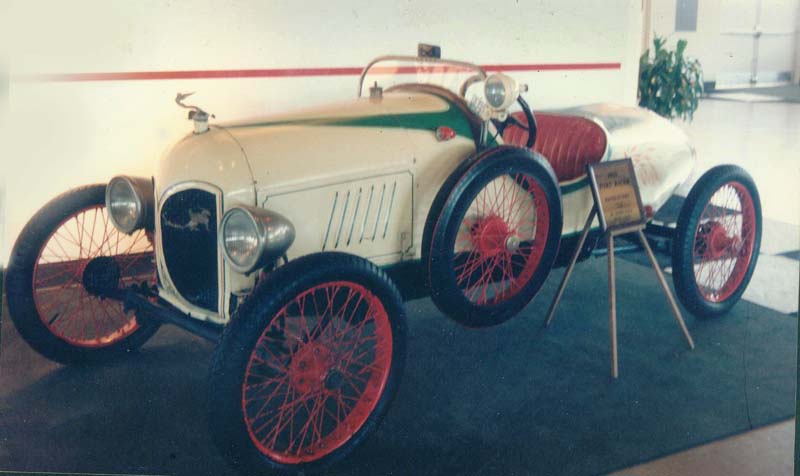 I did the surface development drawings for a metal forming buck to make an original type shell to fit over a Model T radiator. We had three of them made out of aluminum. An untrimmed one is resting behind the metal forming buck. 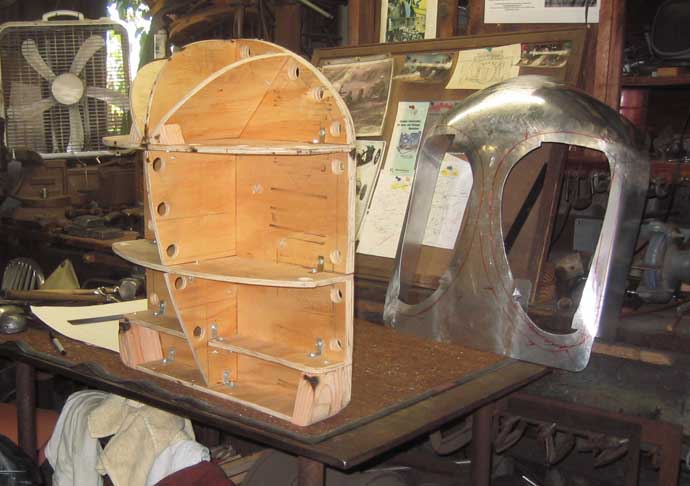 The seven pieces are formed and then welded together using the buck as a jig fixture and then trimmed to size after final surface finishing. The cost was about $900 each. 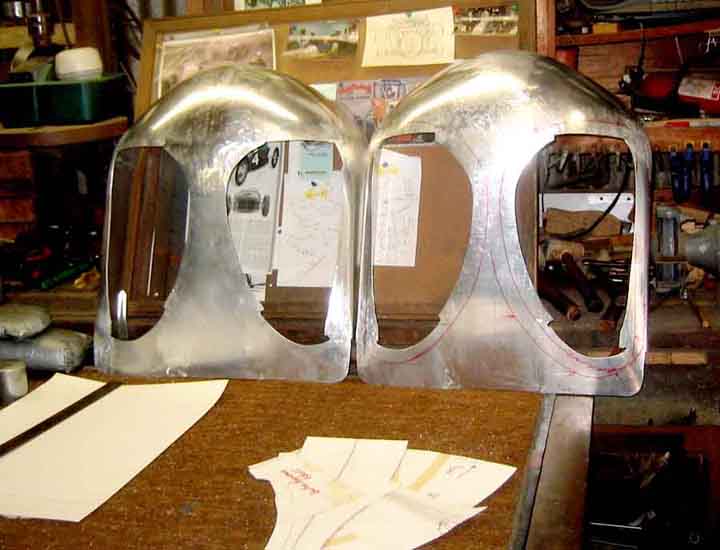 I agree, very nice. I think this is one of the most appealing aftermarket T speedster bodies made. I wonder how many were sold?
Frank,
Thank you for posting.

I meant to add, Jay, thank you for beginning the thread.....

Chuck Oakland sent me a P M asking for more information about the Bulldog body and this is what I sent him. I think it might be interesting to some of you Speedster guys so am posting it here. not so fast any more Fast Frank


Chuck, no bother to send you more information, that’s why this website is so much fun ! The Bulldog is essentially a Faultless Raceabout. The Faultless was made in Delphi, Indiana by the American Top and Body Company and sold for $70 in prime paint. Windshield $13, steps $4.35, Top with side curtains 13.75, Cycle fenders $26.75, wheel cover to make the wooden wheels look like disk wheels $7.35, lowering brackets $7.85. Paint was avalable in red, blue, green, yellow, and black and was extra.

The American Top and Body Company sold the rights and tooling to the Sport Factories of America located in Aurora Illinois. They renamed the body Bulldog and sold it for only$38.50 , windshield for $10.65, top $13.50, painted body for $4.65, and other accessories were not listed in the article I read but were available on another page. The Bulldog radiator shell came with a cutout of a Bulldog to put on the screen. Frank