Here's a interesting old FORD item some of you may have not seen. Here's a quote from the Kingsford Charcoal web site. "In the 1920s, when Henry Ford learned of a process for turning wood scraps from the production of Model T's into charcoal briquets. He built a charcoal plant, and the rest is history.

The Kingsford Company was formed when E.G. Kingsford, a relative of Ford's, brokered the site selection for Ford's new charcoal manufacturing plant. The company, originally called Ford Charcoal, was renamed Kingsford® Charcoal in his honor."

I traded off this item awhile ago but kept a photo suite since the unit was in such pristine condition and worthy of a photo layout. 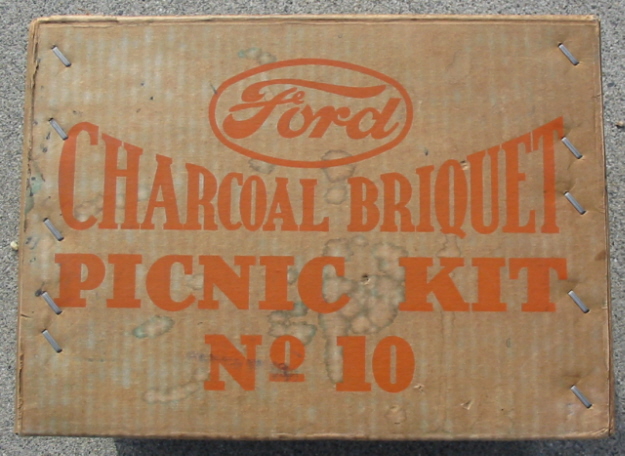 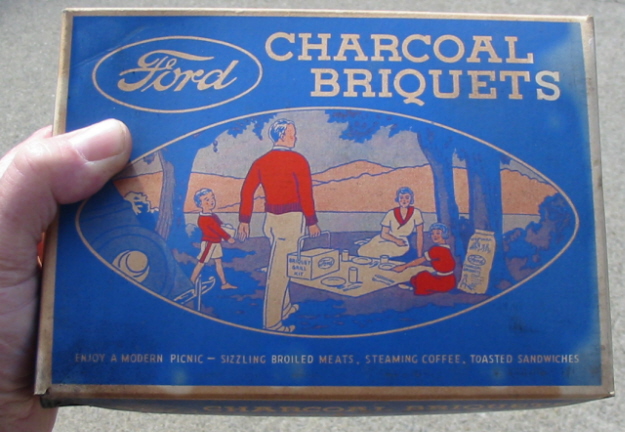 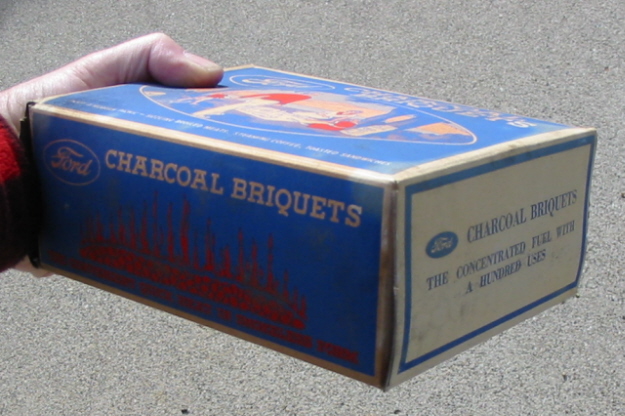 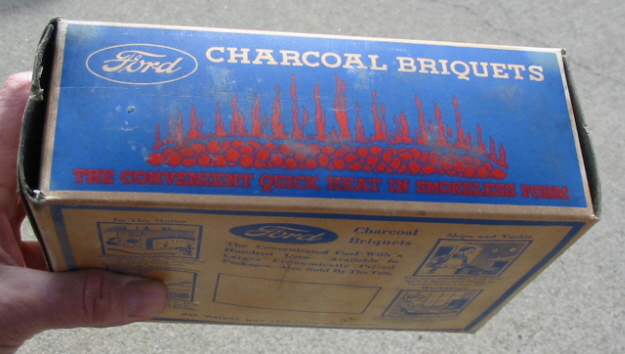 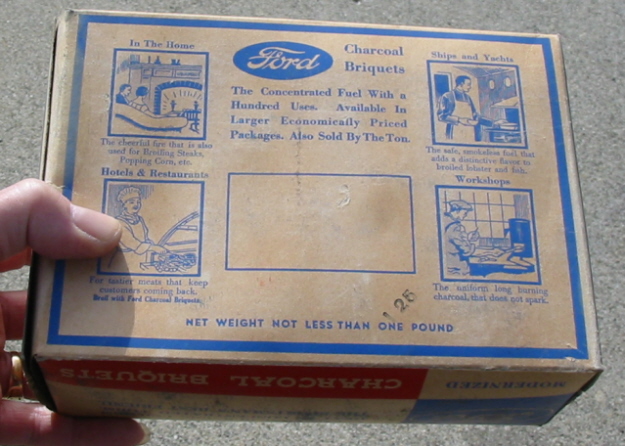 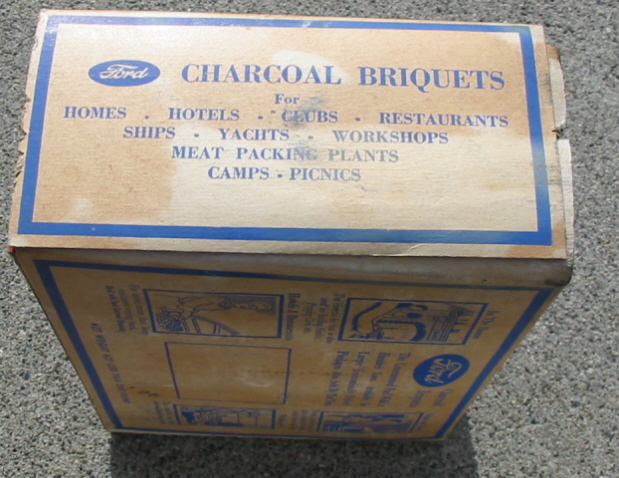 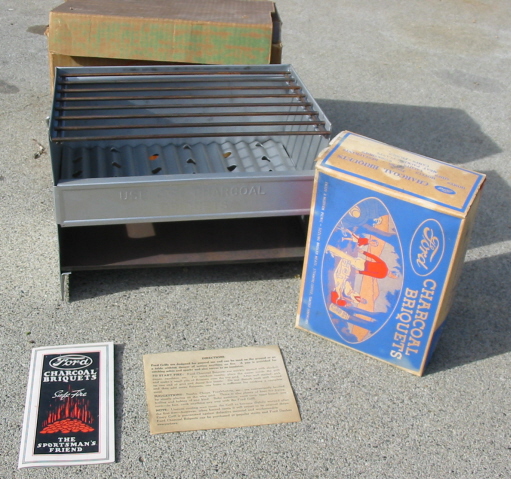 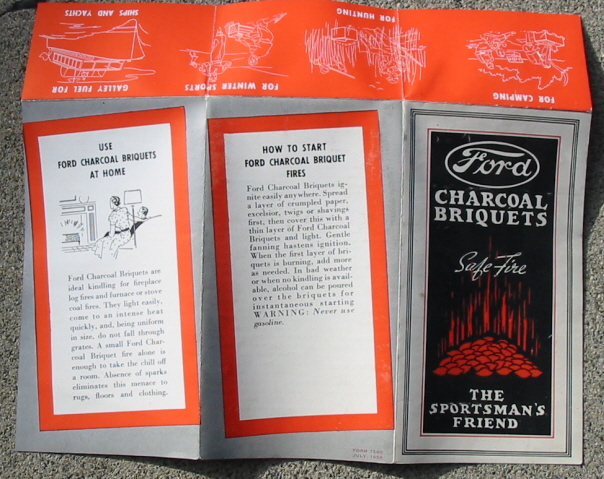 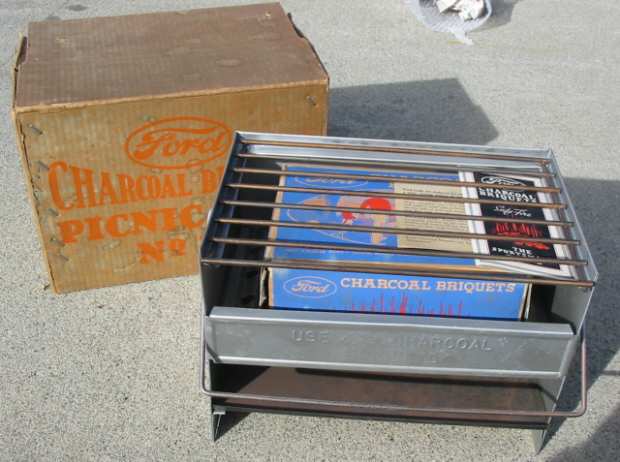 WOW! I love it! I love the taste of various charcoal-ed meats. Combining Model Ting, and grilling sounds great.
Thanks Jay.

I signed on to your site as you relayed the procedure and it worked fine...

The thing that surprised me was the first item...It sounded so good... that I found it in Lang's catalog and ordered it that day....I was surprised at it's small size when delivered, and rust free...
I haven't installed it yet, but am getting ready to try to change pulley on crank as I removed my impeller water pump...Then I will put it on....Thanks Jay for a daily reason to tune in to Forum...

"Special Interest Autos" had an article 30-40 years ago about Kingsford. You could buy the charcoal kits at Ford dealers up to about 1936, when Ford stopped using wood in the cars.

At the local Gas Oil swap meet last weekend there were 1/2 dozen of these there for sale 800.00 ea, I passed them up

There have been a couple of these come up on ebay in the past year. Both bid up over $200.

Flivver Field was one of our clubs Memorial Day tour stops a few years ago; it is the high school home of the Kingsford Flivvers in Kingsford, Michigan. The old Ford building is still standing there too. 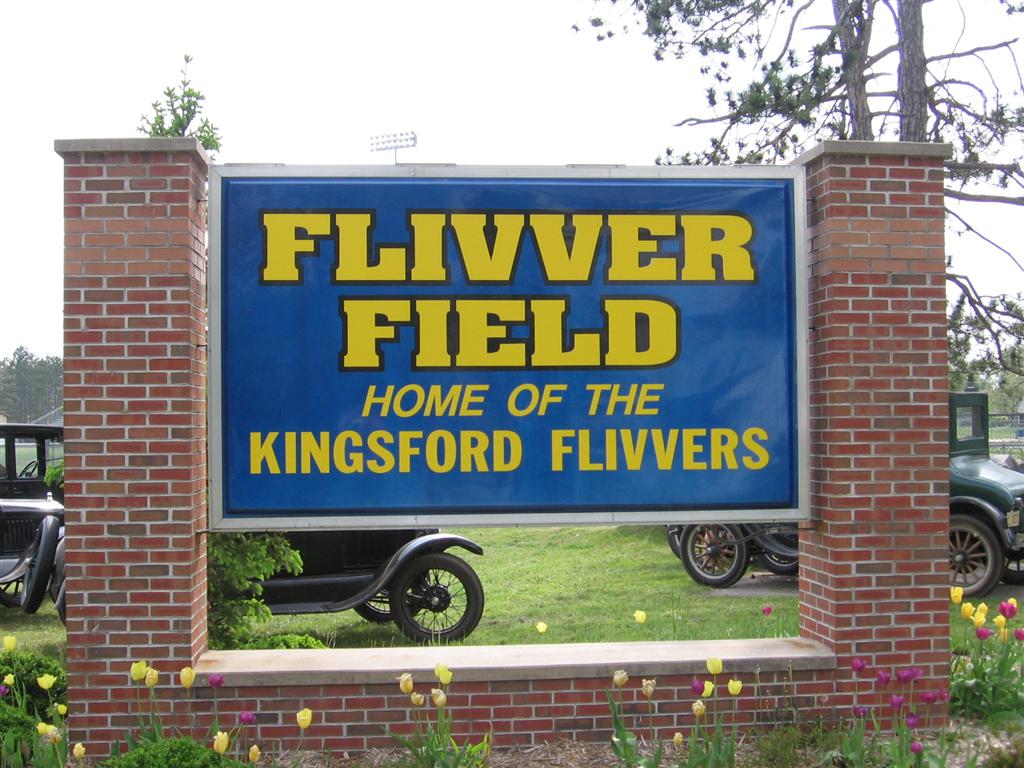 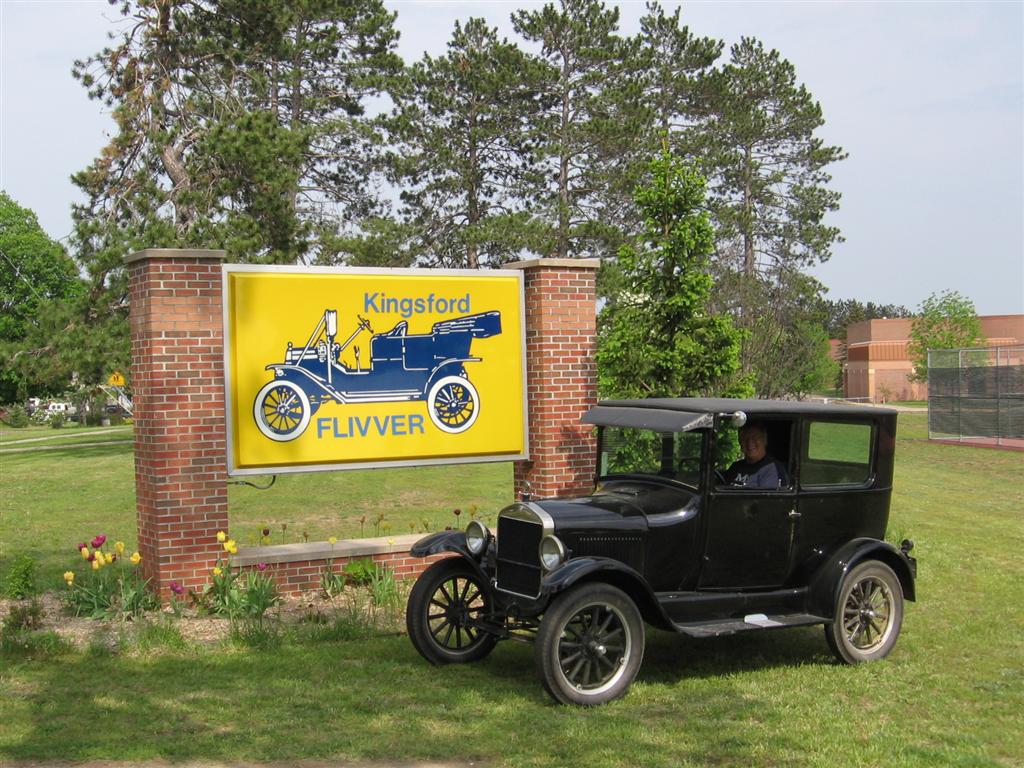 Flivver Field? Is that a high school? The ford has more roots than I knew. Great pictures Dan.