Here's the FORD script oil cans that also followed me home over the years. 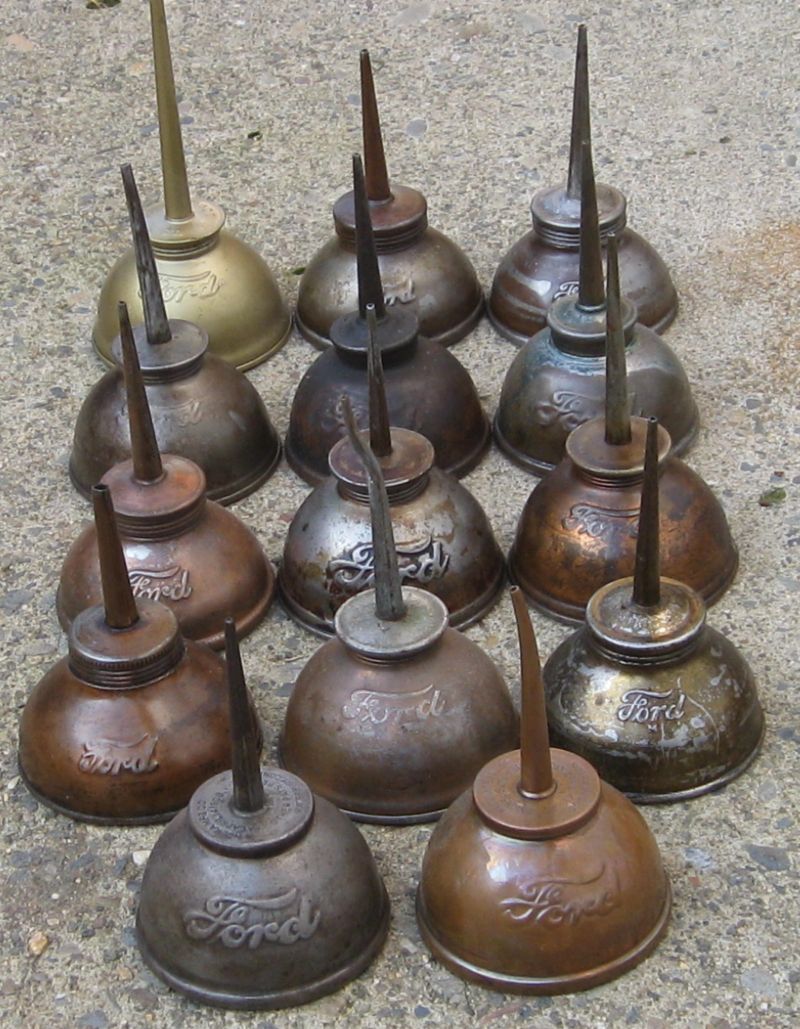 It looks like there's least 3 different sizes of Ford script shown on these. Is this just because there were different manufacturers, or is there a certain size script for specific year(s)?

I've always wondered about this but never could find out why.

Which one has the E ?
Howard

Some of the cans have male threaded lids and some have female threaded lids. Was that due to different manufacturers also or production years? What can would be correct for 1922 or doesn't it matter. 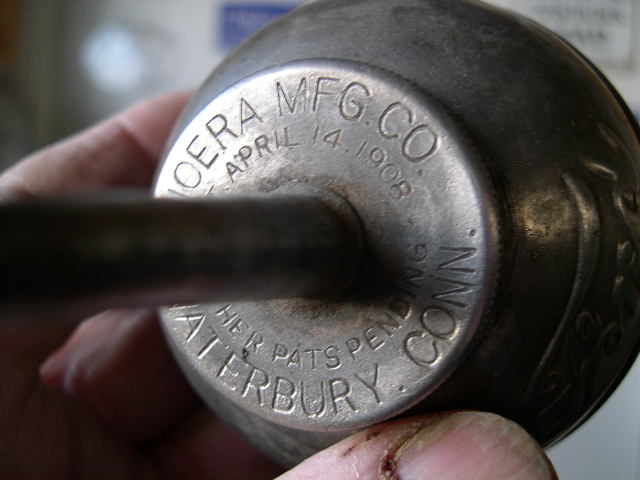 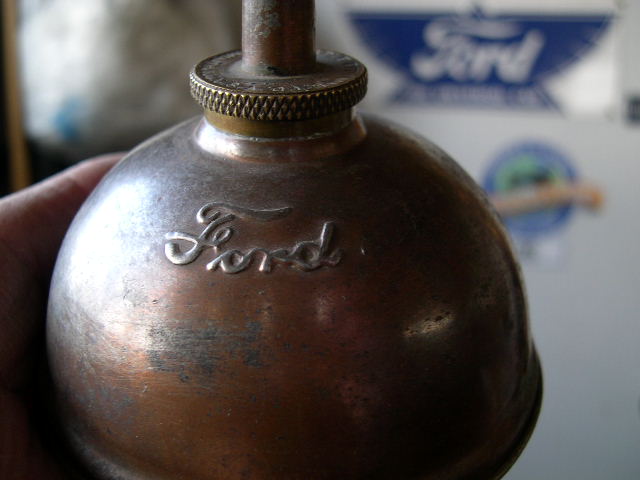 Whoops -- You did show the first one. Sorry.

Mike,
Wow I've never seen one like your second picture. Do you know what year it was made? Is it for a Model T or an earlier Ford Model?

Rick -- That one is a Maple City Mfg. Co. can, but it has no date info on it. It is shown in the March/April issue of the VF magazine, on p. 36. I don't have any info on when any of the cans were made, other than those with patent dates. Sorry.