Hello, I could use some help. I am writing a book that is set in 1923 and my main character will be driving a Model T. My question is, did all Model T's always require a key for the ignition, or were there early models that only needed to be cranked to start? If not, in what year were keys introduced as part of the ignition? The car in the story is already an older model, and it would work better for the story if there was no key involved.

Thank you for your help.
Bryan Ross

All model Ts, and almost all cars using electric ignition had a switch for said ignition so that the engine could be turned off. So there was always more to it than just "cranking". Some really early cars, you actually had to get out of the car in order to turn the ignition off. I am not sure about the earliest Ts, but from very early, model Ts did have a removable key for the switch on the coil box. Most car owners at that time, however, did simply leave the key in the switch. There just weren't so many people in those days that believed it was okay for them to steal things.
Drive safe, and Happy Holidays, W2

The early T's could be equipped with just a 'kick switch', you tapped the lower lever over to switch on and off. The little knob on the right side is the key, always left in place most of the time. 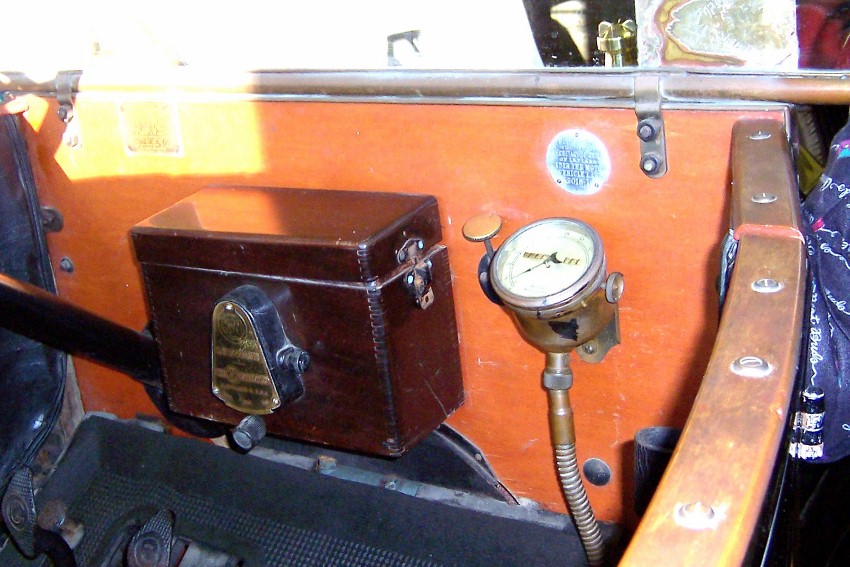 By 1919 the T'S could be had with an ignition panel with electric head lamp and ignition switch combined. The key was removable for safe keeping of the car, but lots left the key in place. 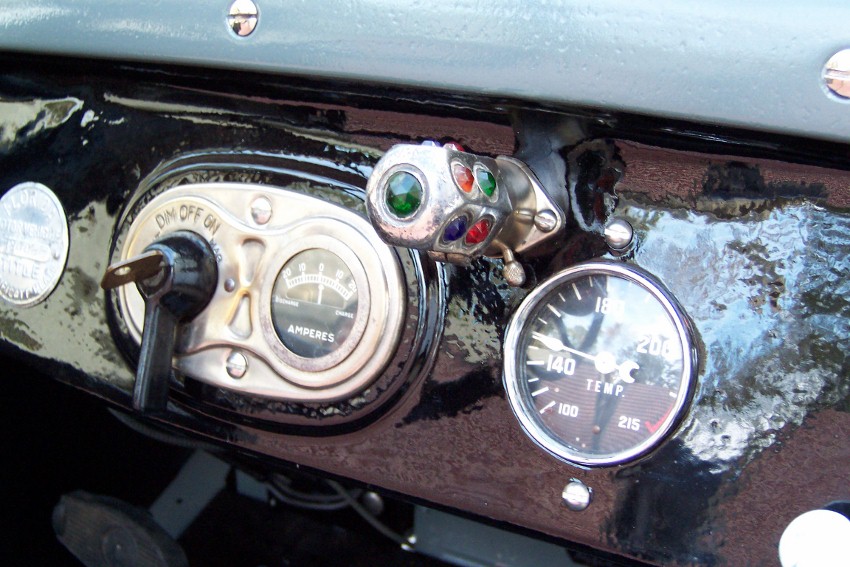 Bryan,If running and starting on mag a key or switch is only needed once to switch to mag and the switch can be left that way by pulling the spark far enough out of time to kill the engine. Once the engine is stoped there is no need for a key or switch.Just don't forget to use 3-4-5 notches advance when starting on mag or you might crank till water boils!! Before i start a agruement again i say mag only! Bud.

A key is a key. Ford changed the design of the keys over the years. but in 1919 they introduced a key that looks more like a conventional key. There were two dozen variations of the same key. All T's had a key of some kind.

To make you story authentic, have the character drive a Model T from the hand crank era, from 1909 to 1918.

The 'ignition key' won't start the car, in fact, even after 1919 til 1927 when the T was obsolete, that 'ignition key' was never for 'starting' the car as we do with modern ones, but only to turn on the coil box. The electric starter T after 1919 were started by the driver hitting a floor mounted starter switch with his heel. Of course the 'key' on the dash switch for the coils had to be 'on'.

So have your character in a 1917-1918 Ford, the 'key' would be in the coil box, everyone left them there, that type key was universal like a skeleton key for the coil box mounted switch to turn on the power from the magneto to the coils.

Your man or woman, would just lift the spark lever up, slip the throttle lever down a few notches and turn that switch key, then jump out of the T, hand crank the Ford to start the engine, and jump back in..... 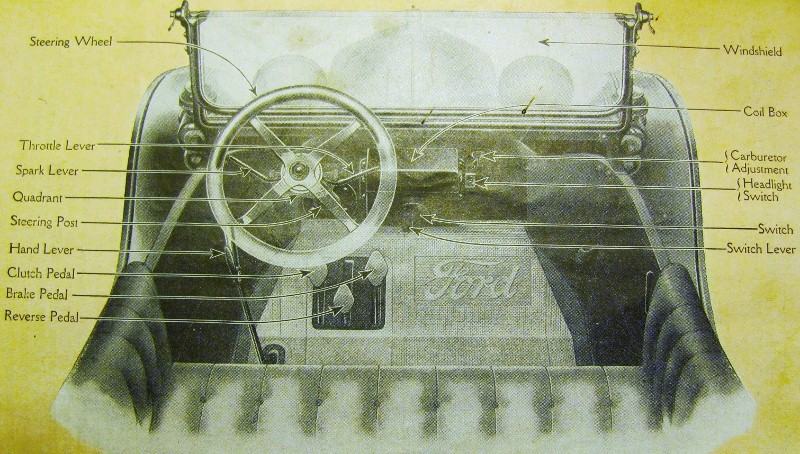 If authenticity is important to you, also note that not all Model T's had a front left door. Some open car years/models had only a fake door shape pressed into the sheetmetal where you would expect to see the "drivers" door. So, in Dan's suggestion above for some Model T's, "jump out" could mean either using the right hand door or lifting a leg over the left side of the body. Alternativey, for this reason some T drivers would set the spark and throttle and turn the key on from the outside, crank it, then get in from the right side, which had the door. (An old Model T joke is that there was no need for a drivers door in a Ford. The man got in from the right and sat behind the wheel. His wife did the cranking then got in on the right once she got it started.)

Also, in case you're not aware, the Model T did not have a sliding gear transmission (one that you use a clutch and a shift lever). It was a 2 speed planetary transmission, which is shifted with the left foot on the left pedal. All the way down is low, all the way up is high, half way in between is "neutral". With the left pedal half way down, the center pedal provides reverse and the right pedal is the brake.

I know. Lots of variables. Let us know what kind of T suits your story, such as open touring car, coupe, roadster, 2 door sedan, 4 door sedan, etc. Since you have already said it's an older car in a story set in 1923, one of us will surely give you the needed details.