Does anyone have instructions for raising and lowering the two man top?
Any help is appreciated.

What I've done the few times I've tried it, is:

1. Move the uppermost bow from it's storage position on the bow below (Second Bow) to the "Up" position. Place cotter pins to secure.

2. With the help of one or two helpers, move the second bow from the storage location to the "Up" position for the second bow which is the little arm sticking out of the side of the front seat. Place cotter pins to secure. This step will basically bring your top up.

3. Latch the first bow to the windshield using either clamps on the bow or two straps to fasten to the loop on the side of the windshield. Which you have will depend on the year of your car.

4. Must be something I've missed. 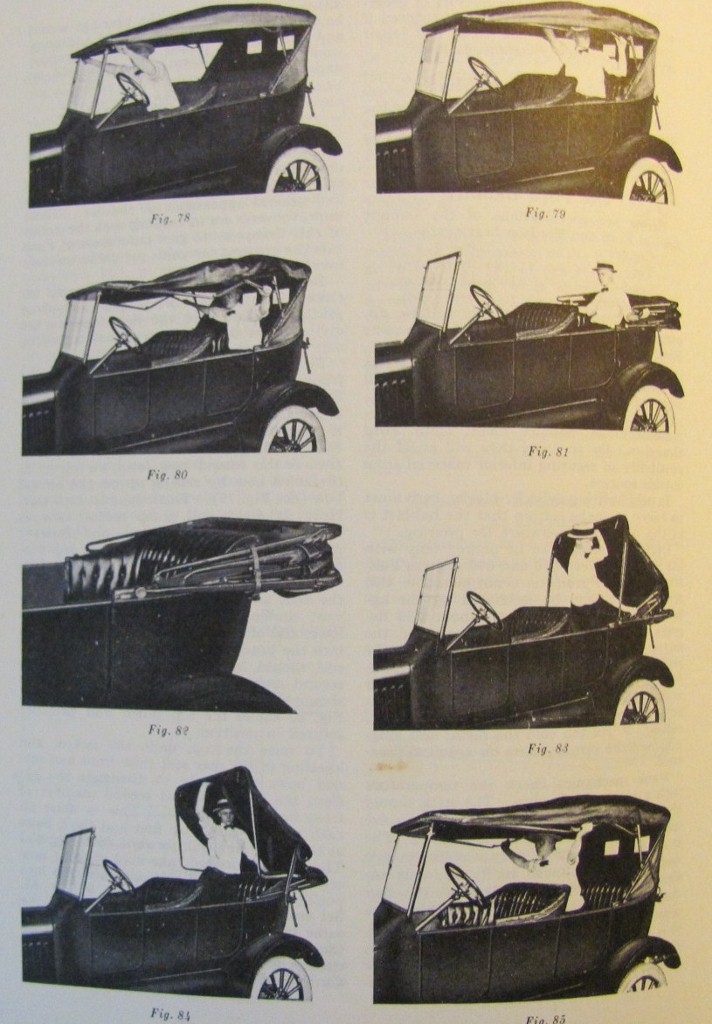 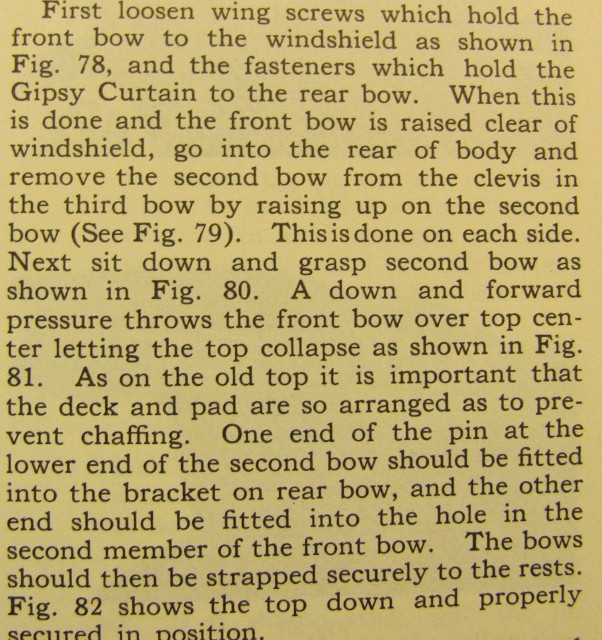 That's the one man top.

Are you going to Moultrie?

Hal;
When is Moultrie? My friends go, but I always had something going on that weekend. Do they have much Model T stuff?

It's this coming Fri, Sat, and Sun. No, they don't typically have a lot of T stuff, but it's fun to walk around see what they do have, and you do sometimes stumble onto something. If we go, it will be Sunday. Too much to do before then.

Easy with two people. Difficult with one.

I do it myself from inside the car, careful not to let the bows drop and scratch the paint. Takes some practice. When taking the top down, I do the front bow first then the rear bow. I let the top fold back when moving the bows. Reverse putting it up.

One person on a 2 man top is like a monkey and a football. nuff said.

It is easy to get help. people want any excuse to touch history.