You "If it ain't original, it ain't needed" guys just move along quietly, and save your time and money for your next premature engine overhaul.
-------- 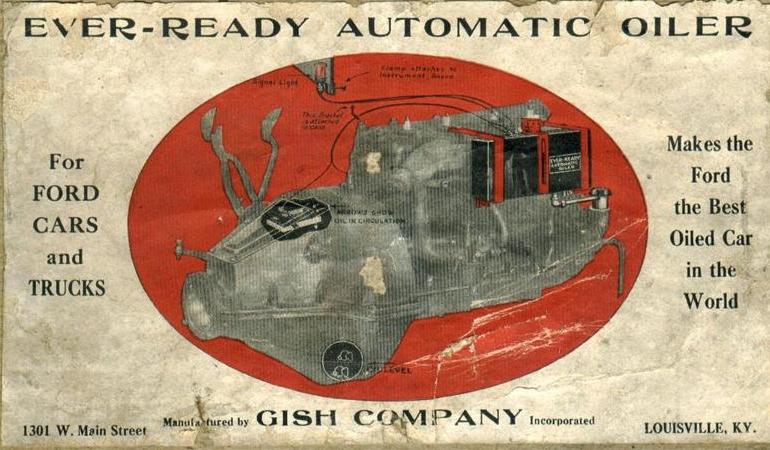 Several years ago some guy in KY obtained a large stock of NOS Ever-Ready Automatic Oilers, and sold them on tbay. I bought a few, and am sure glad. The setup consists of:

Large idiot light for the dash

Sender/switch mounted to the underside of a replacement hogshead cover 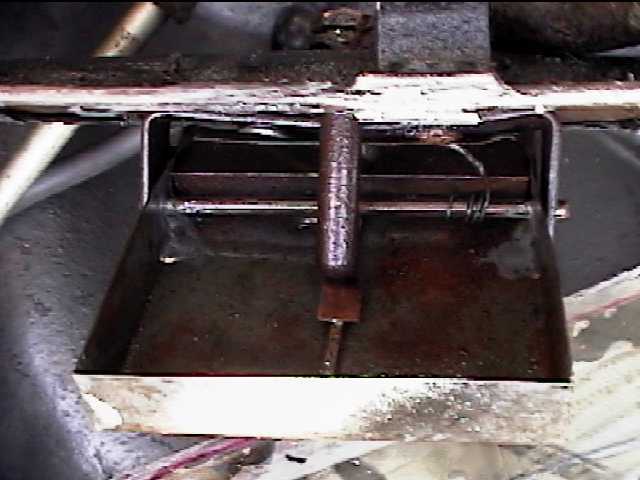 The sender consists of a small hinged box that catches oil that slowly drains through small holes at the hinge end. The box is spring loaded to rise and make contact with an insulated rod, grounding it out when there is little or no oil being splashed into the box. As long as there is oil splash, the box is full, and no contact.

I run just the sender and idiot light. It has saved my engine more than once.

I suppose the oil tank would be good for those crazies who run just two quarts of oil in the Montana 500.

Ralph
Thank you for information. That is a really interesting idea.

Oh man, I saw some of these on ebay. I think they're so cool! Having the oil supply replenished as it burns/leaks out is great.

I can't believe you can resist putting the whole gizmo on the car Ralph! 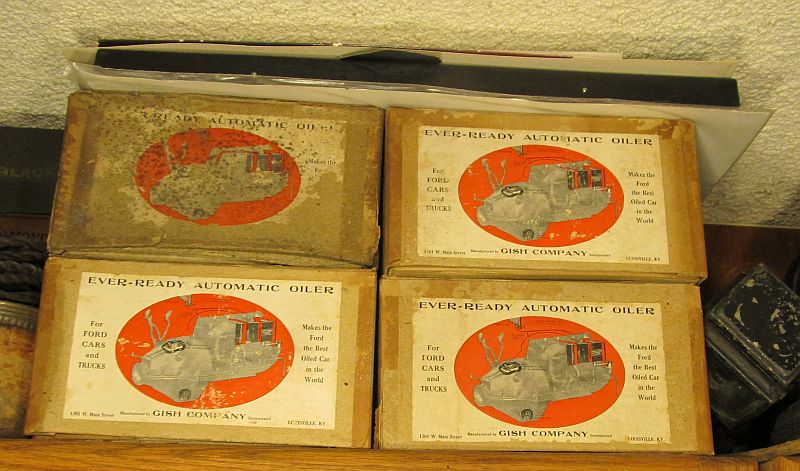 It might be a bit more trouble on the Fronty, Christopher: 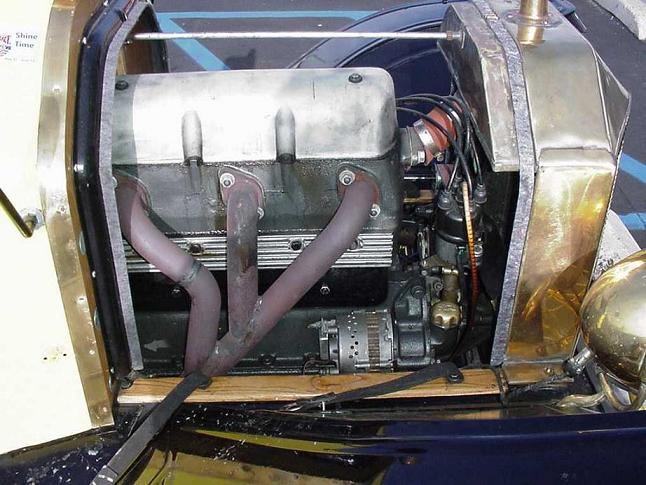 Come to think of it, filling that tank might be easier than maneuvering around the disturbutor. I'll have to look into that.

To me, this is the third most valuable improvement you can make on a T.

Actually, Jay, I was a bit of a dim bulb on this one. Reid Welch saw the benefit of it right away, and convinced me..

I see! Not much room under that hood!

I have one of those NOS for sale also danuser88@ktis.net

O.K. Can we have more photos of the mechanism please as I am just not getting how the sensor part functions. Any real time oil indicator would be of interest as the factory oil loss indicator is the knocking rod sound. I hate that.

Ralph asked me to post these photos I took yesterday of his original and repro units at the Orange County safety inspection event. Very, very, cool. I want one. 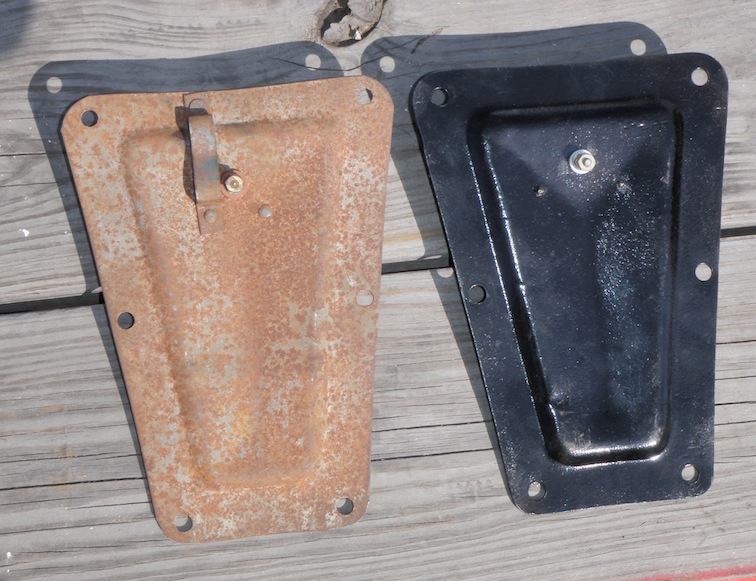 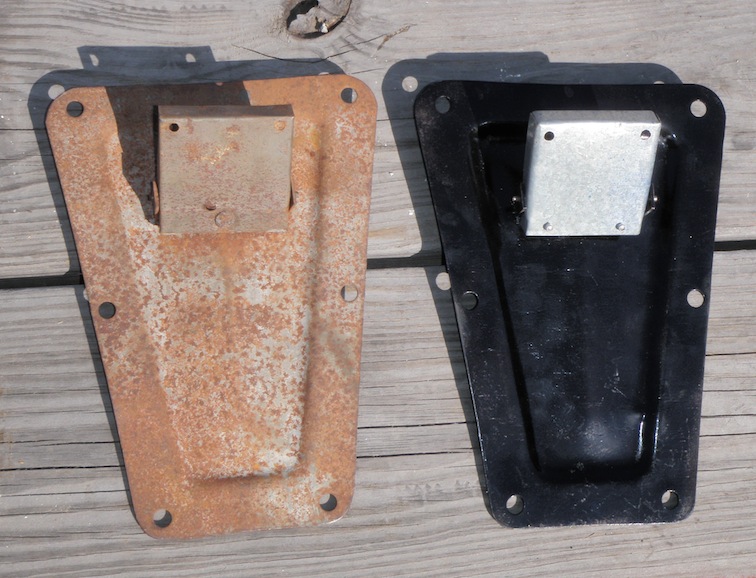 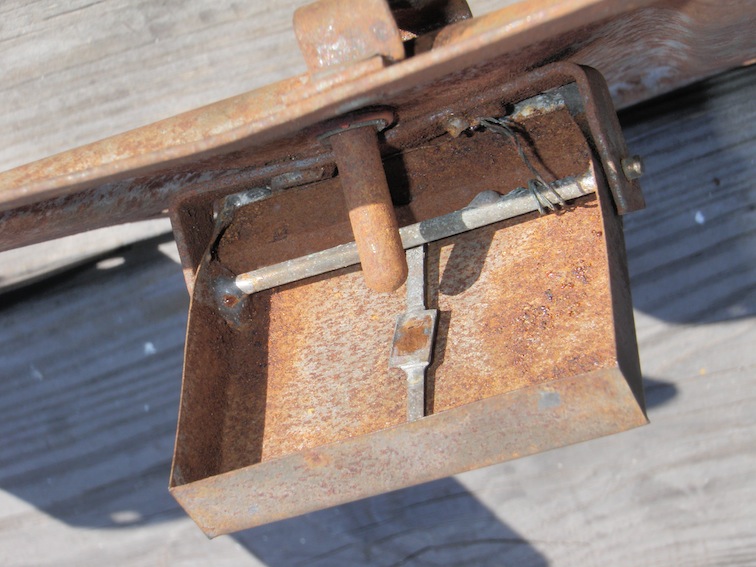 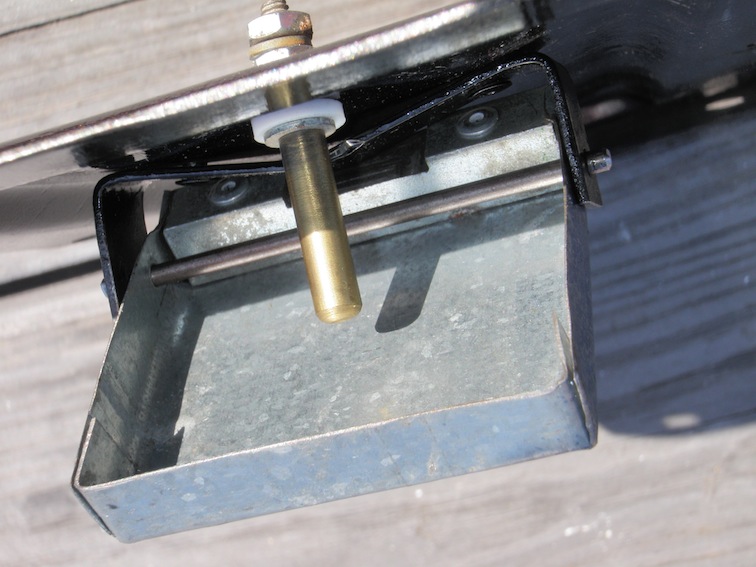 Great to meet you, Chris. Come back again.

I didn't lie, I mis-remembered. Isn't that what politicians say?

The door is not springloaded, as I said in the first post. That coil spring looking thing is a ground wire.

Though not shown like that here, the counterweight at the back of the box holds it up against the stud, providing a ground for an idiot light, and for the oiler.

When the engine splashes oil, it fills the box, and opens the circuit, extinguishing the idiot light. A calibrated hole slowly drains the oil, allowing the box to rise again and make contact with the stud when oil circulation is lacking.

If you want to use the oiler, you need voltage to its solenoid only when the engine is running. You can take that voltage from the generator, ahead of Regan's regulator, or from a dedicated switch.

No one, you must find a NOS one or used set-up