Last Saturday the Texas Touring Ts left Collage Station and had lunch at the Brenham airport, then off for some fun driving on small, country roads to see the Blue Bonnets and Indian Paint brushes. The picture attached show us parked at the airport. 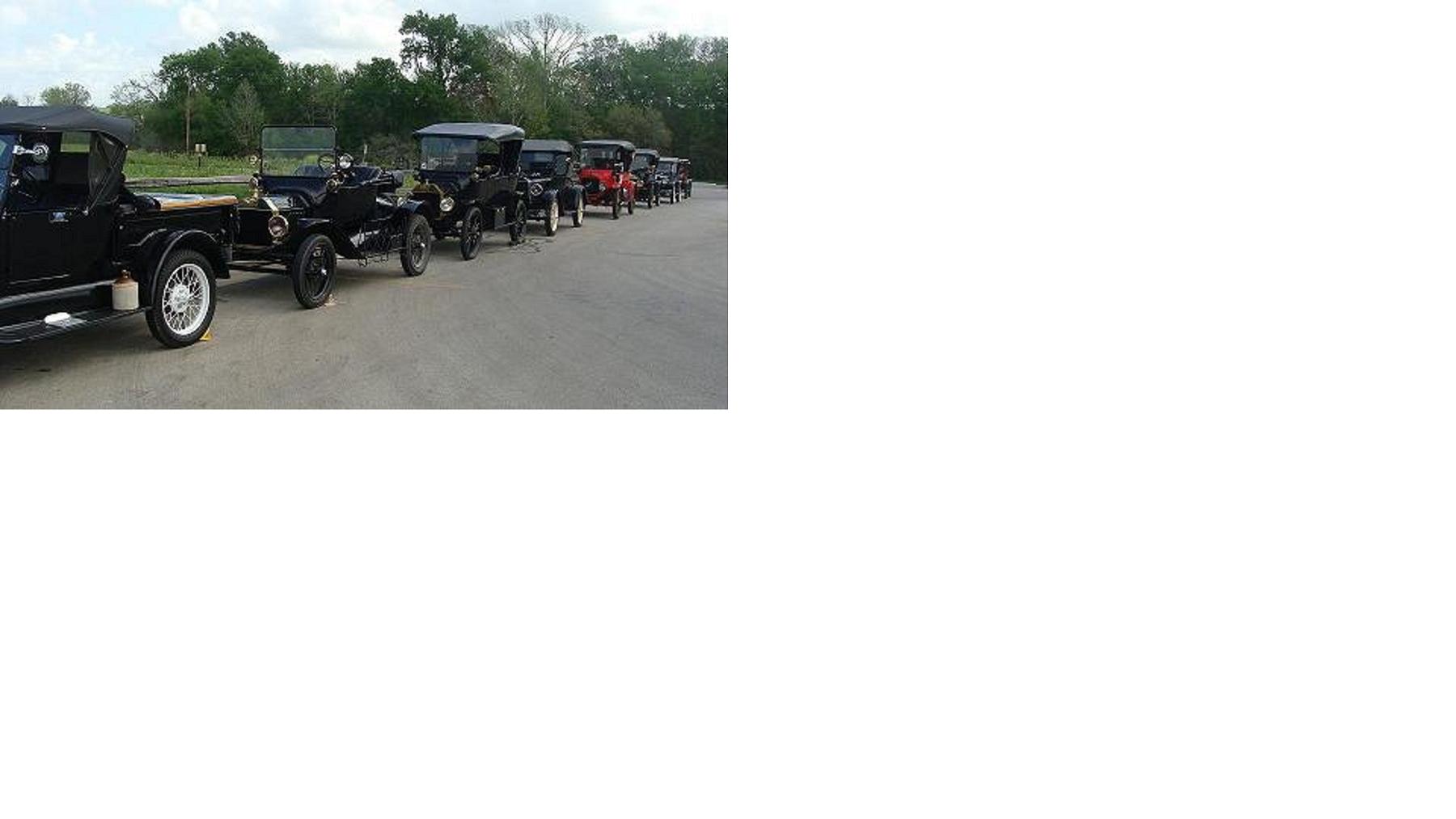 When I think of Texas I think of hot weather but I see all the tops are up. Here is Washington we actually put our tops down... on rare occasion.

I live in Utah and I leave my top up in the sunlight. Its hotter with the top down. Shade.

I'm with you Andrew. Our top has been down all winter. We put it up this weekend because it was going to be hot and sunny. I suppose if we had side curtains, we might do things differently, but as a rule, we ride top down to absorb some solar heat in the winter and top up for shade in the summer.

Glad you had a good time, There's nothing like a bunch of T's to make a fun day. I like to ride with my top up also, It does seem cooler in the hot sun.

Another wonderful picture of T's enjoying what they do best :-)

I like the little brown jug on the running board.

Wish I had the top up or down option ,mine is a Tudor.

I too noticed the jug and decided that's what is soon to be tied to my luggage rack. I think there are some on the family farm.

For my wife and her parents who are all native Texans, any photos of Blue Bonnets or Indian Paint Brushes?

Regarding the request for pictures of flowers, the Texas Touring Ts will be on the road again this Saturday. Last Saturday the drive was about 120 miles and the drive this coming Saturday will be a little shorter, about 90 miles. The trip last weekend was a little early for the bluebonnets. Hopefully the flowers will be farther along and I'll see if I can get some good pictures.