I disassembled, cleaned, rebuilt and installed a U&J carburetor on my 15 touring yesterday. What a great running carburetor! It is a 1 1/2" throat updraft carb. It has a mixture control on the bottom of the carburetor, it is not adjustable from the driver seat like a typical Holley or Kingston T carb would be.

Question, does anyone own a set of original instructions for this carb? I am just curious if there is any procedure to adjust the mixture other than trial and error. I finally arrived at a setting of approximately 3 turns from closed.

Other things worthy of mention:
The original float bowl was spun brass and had a zillion cracks. I fitted one from a 1918-ish Holley model G by chamfering the upper lip a bit with a half round file and opening the hole in the bottom about 1/16" larger ID.

I made all the gaskets from a leftover single piece valve chamber gasket. None of my engines ever use those so I have a pile of them to use for gasket fabrication.

The car runs markedly better with the heat pipe removed. Yesterday was about 65 - 75 degrees and a light rain in the morning followed by very high humidity the rest of the day. I did install the heat pipe again this afternoon for pictures.

It's my new favorite carburetor! 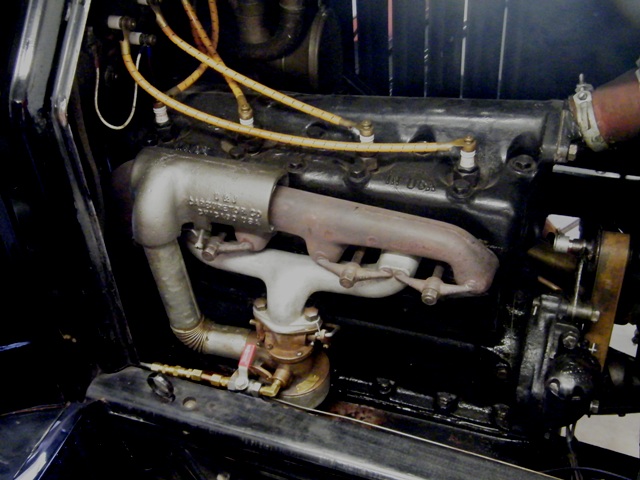 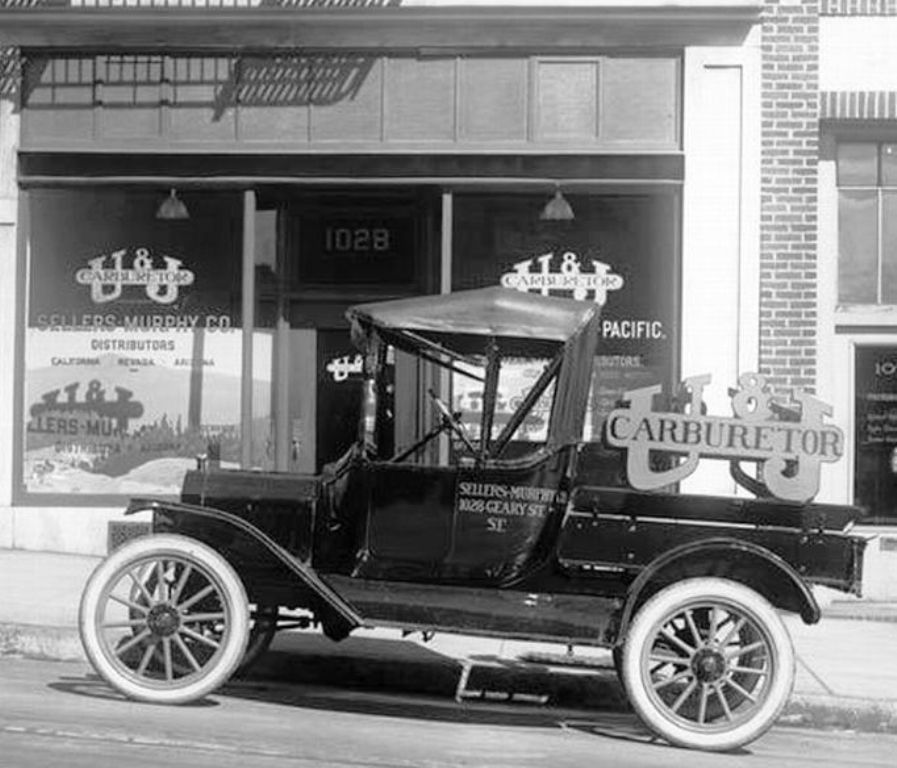 Royce, With the U & J having a larger throat the air speed is slower. So the hot air pipe can be left off.

The hot air pipe was required to help atomize crappy gasoline from the 1920's. It is unnecessary at any time today, regardless of any other factor.

I just sent Martin Alexander a U & J Friday before I left to go the auction in Spearfish. He should have it today. I didn't take a picture of it since I've done a bunch of them and already have pictures.

I deal with the bowls, which are broken on all of them, a little differently - maybe not better but it works for me. I chuck the carb body up in the lathe and machine the body down to where a Holley bowl fits on it. It only takes about .040 to make it a good match. I then machine a groove in the mating surface at the bottom for an O ring as the Holley bowl is slightly deeper than the U & J bowl. The O ring stops the leaks and with the body machined to fit the bowl, it will be easy to replace the bowl down the road if it becomes damaged.

They are great carbs and there are a lot of them around because the bowls were very light and all split, some I think when they were new. I have two or three NOS ones and all the bowls are missing so I assume they took the bowls off to replace ones that had split in the day.

The only adjustment other than the main jet is the position of the air bleed on the throttle shaft. It should be positioned so that the bleed is open when the throttle plate is about 1/8 - 3/16ths open, or at about 1/6th of the arc of the throttle arm. That is the U & J economizer, it leans the mixture at low throttle settings. Be sure it has a spring holding the plate tight against the body or it won't idle well. It needs to close that air bleeder hole at idle and when the throttle is open.

Royce, Remember when I showed you the U&J carburetor on my '14 runabout at the hamburger joint just south of the Rosanky museum on the Texas T Party last October? Its a great performer but will really suck the gas. Uncle Stan rebuilt another U&J for me, too. Looks real purty.

I remember, you have a real nice roadster. I may go back to the Stromberg OF for the T Party next month. The U&J is probably best suited to a speedster, it would really match up well with a radical camshaft and a lot of compression in a light car.

Probably one of the factors with a better carb is that you tend to drive the car harder and it burns more gas. On the U & J, that bleeder hole under the little plate on the throttle shaft is pretty critical to leaning the mix for better economy but they do tend to burn a lot of gas. Power and speed cost money. How fast you wanna go?? That seems to be the deal with most zoom zoom stuff. I do agree with Royce that an OF is a better all around carb for day in-day out running & the U & J is probably better suited to speedsters and etc. U & J sure looks fast just bolted up and sitting on the engine. 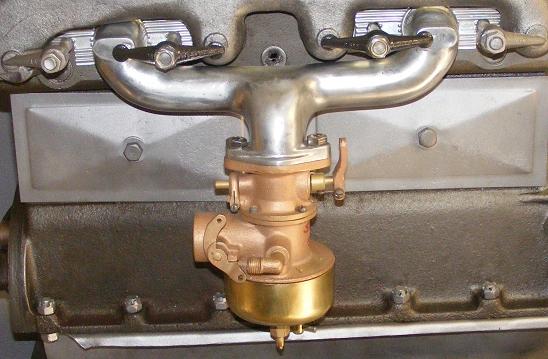 I will confirm that regarding a better carb and driving harder - the Winfield begs you to pour on the coal and push my 3/4 tons of vanadium steel to 50+ MPH. Surprisingly, due to the multi-jet design, it seems to still be fuel-thrifty... last count was thereabouts 20-24 MPG, but last time I checked actual mileage was a few years ago.

Its funny what you say about the NOS carbs. My carb appeared to be nearly new except the bowl was cracked and soldered in a hundred places. I bet someone robbed the bowl and put the crappy bowl back in the box. The heat stove looked like it had never been on a car until I put it on there. Even the galvanising on the L pipe is like new.