Hello, I bought an interior wood kit from one of the big three to replace all the bad or missing wood in my 1926 Roadster. I received a box with a lot of pieces of wood and no directions as to where they go. Some pieces it was obvious as I had the old ones but it's the pieces for the seat and back of the seat I am struggling with. Do any of you have pictures of where these pieces go. Any help will be most appreciated! Thank you! Bob

From the late Bruce's CD. 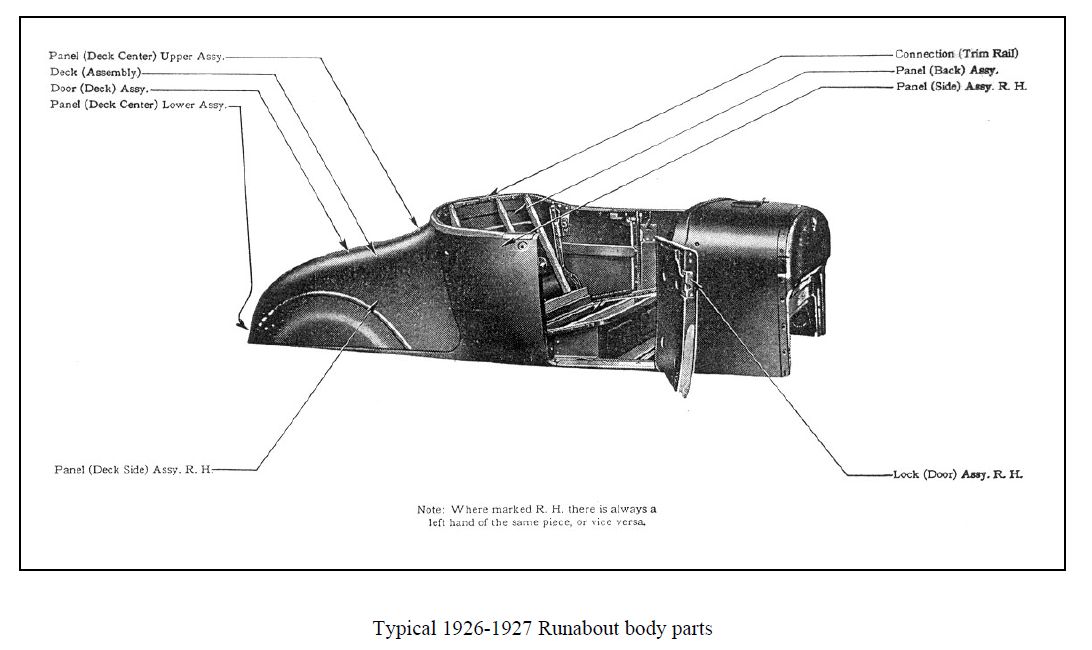 Also search the forum as my roadster and several others are photographed with the interiors out of the body. 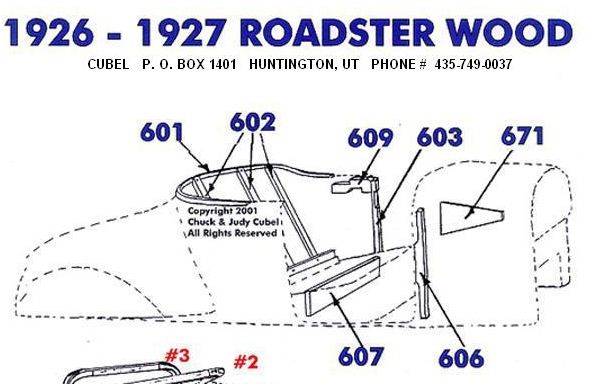 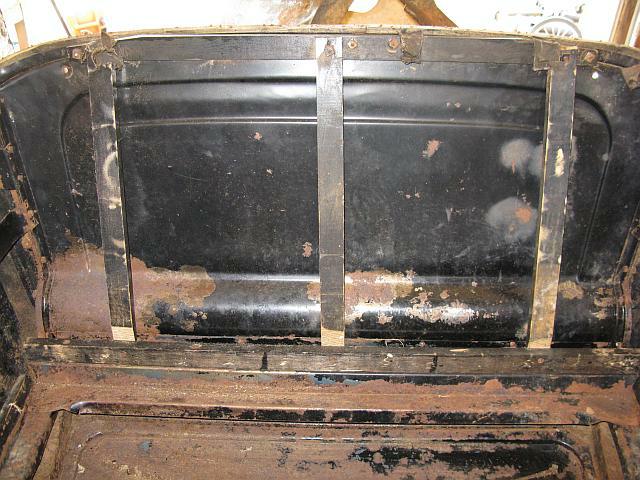 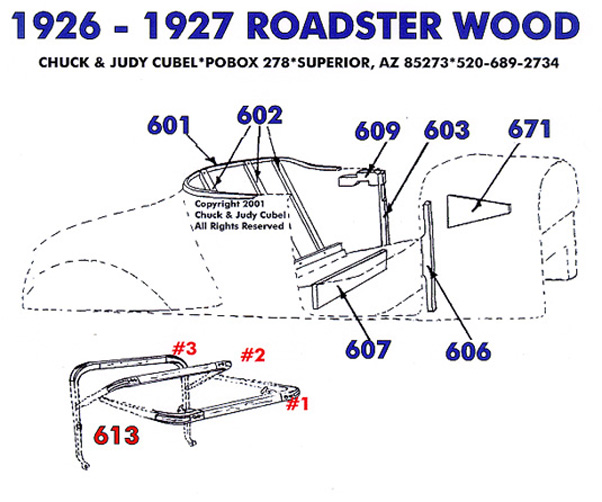 Pictures of body and wood 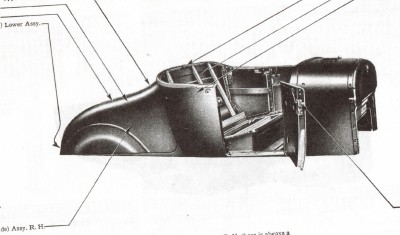 We posted the same stuff.

For fasteners, note the original wood picture. The upper tack rail uses stove bolts, countersunk heads from the outside. And longer ones thru the tack rail and the three backrest supports, with washers and sq. nuts on the inside.

The lower ends of the three backrest pieces are tapered and fit to the lower tack strip with wood screws, single slot, countersunk head. The tack rail is held to the metal seat support riser with stove bolts and sq. nuts, drilled holes vertically on the lower tack rail. Nuts go under the folded over sheet metal riser.

Could someone explain how #671 is attached?
Thanks,
Gene

Have no idea. Can't think of any reason for a wood part as tack strip under the cowl.

The kick panel cardboard is held by clips on the metal riser, and tacks into the tack strip behind the hinge pillar (wood part #606) 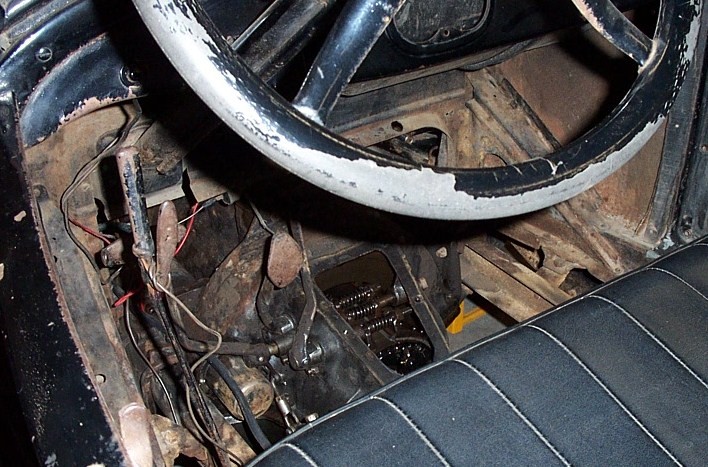 Thank you, Dan. I could see no purpose for those blocks, but they came with the kit.
Gene

I want to sincerely thank all of you who responded to this inquiry! You have no idea how much help you have been!

A piece that came with the kit (#607) marked "seat bottom" does not appear to fit any place in the car. And just for the record the #671 piece was not included in the kit.

One more question about the interior. What limits the door travel. The doors on the car rotate 180 degrees and I am afraid one day both the cowl and the door are going to bang together with enough force to damage them both.

Add a 'check strap' to the door hinge pillar and the door.

Vendors make leather ones, or you can make your own with webbing or invert a piece of folded over upholstery vinyl, so you double up the strength.

Tack on side under the kick panel hardboard, and screw the other side to the door under the door panel. Adjust the length prior to fastening so that the check strap does its job.

But maybe they were there, there is no p/n for Improved Open Cars for a check strap, the Closed cars did have a check strap, p/n1882X, held with footman loops on the interior.

Mine are vinyl, but used nickel plated oval head screws with washers, its not factory, and Dixie the '27 touring is a mutt,... but works to keep the passengers from slinging open the doors with a bang! 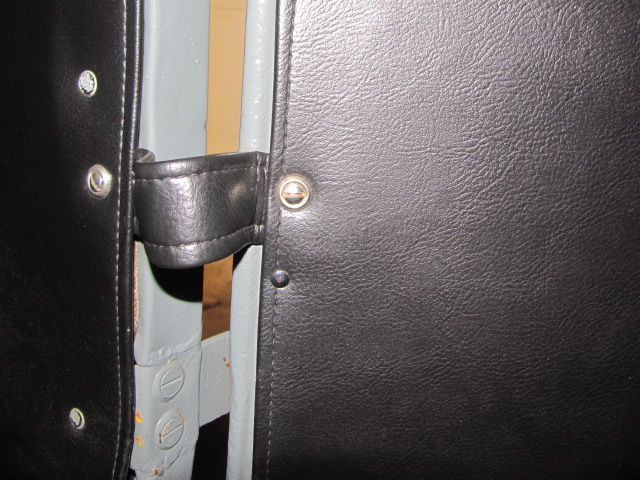 I have to ask the question. Was there more than one body maker that made wood for the 26-27 bodies?

By the Improved Car times, Ford was making all its open bodies and Coupes and Tudors, the Fordor was still outsourced to Briggs.

Those bodies were by then almost all steel, very little wood compared to the Fordor. Figure Ford made its own wood parts for the assembly line on the Improved Cars 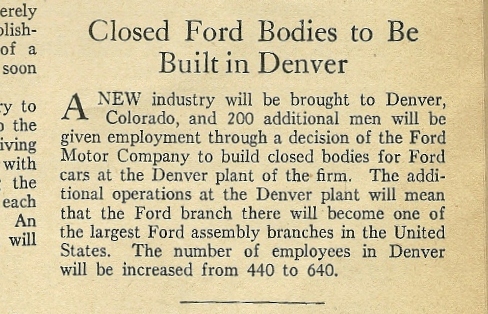 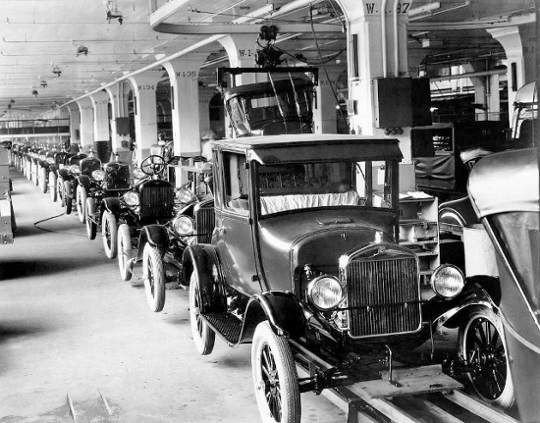