I was surprised to find this article saying only four Model N runabouts were on each train car. I've seen photos of Model Ts borken down for train transport. Does anyone know how many Ts were loaded per car? 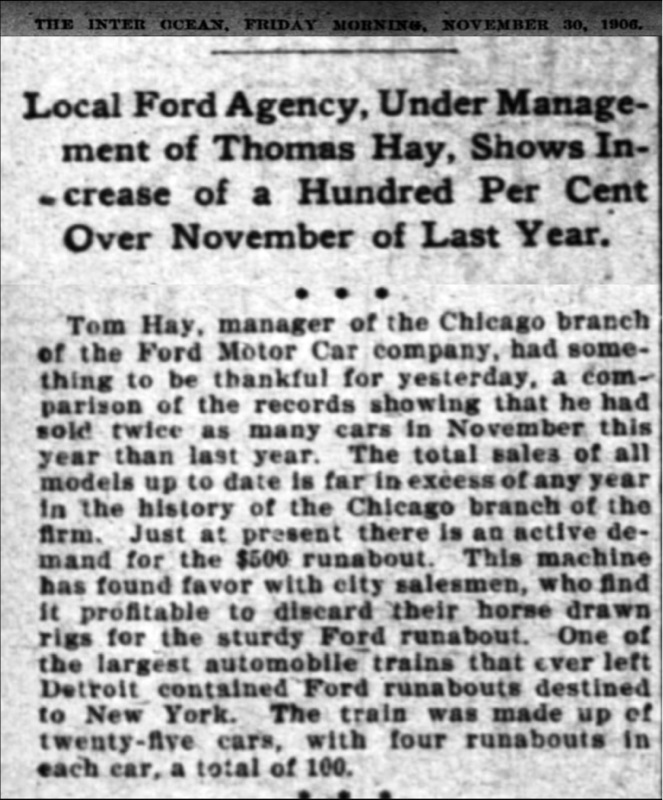 Depends on the body style. You can get more commercial chassis per box car than you can center door sedans, for example. 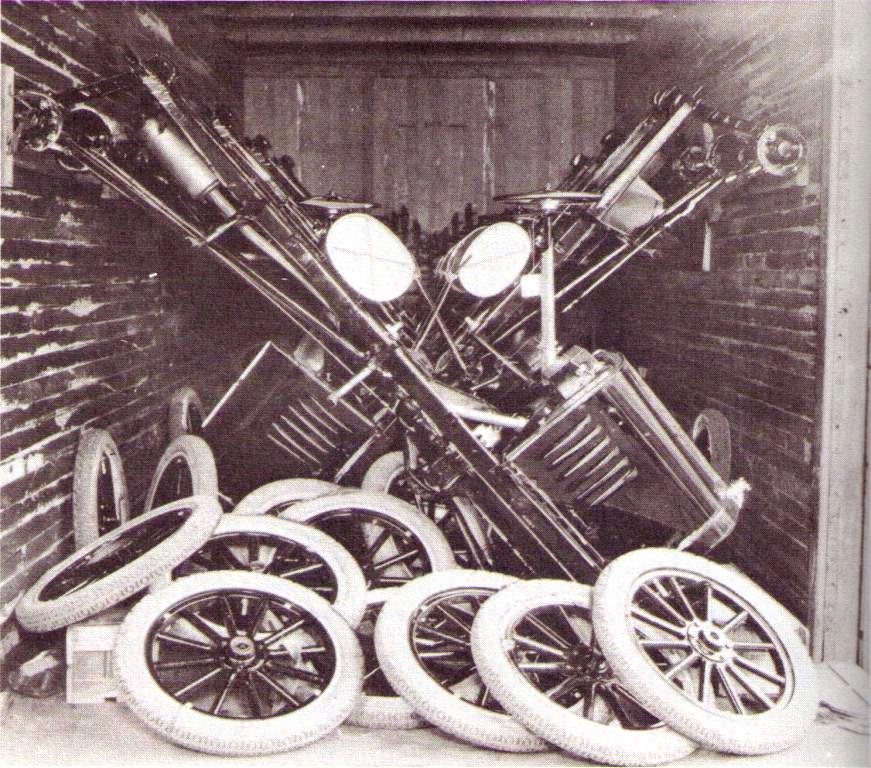 There are actually seven chassis in that picture. Count the crossmember humps. There are four on the left and three on the right.

Uh, what about bodies?

Are you sure?? Boxcars were much smaller then and if 7 are pictured and the door is in the middle? Bud.

Boxcars at that time were often 34 feet long but 40 foot cars were coming. When special Automobile cars were developed, they usually had wider or double doors to make it easier to load. Many cars were loaded whole, not knocked down. 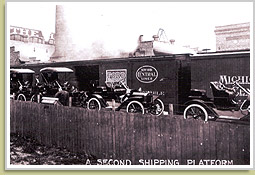 The bodies are probably stored nose down in the other end of the boxcar (behind where the photographer is standing). I have seen pictures where employees of the dealership in the town I grew up in would remove the chassis and mate it with the body & wheels right at the railroad siding. Than drive the car to the dealership and complete the rest (lights, fenders etc.). Very neat photo Royce. It looks like the way I store my cars. Mine have more rust. :-)

Here's one of the cars from the rail car after assembly at the dealer. 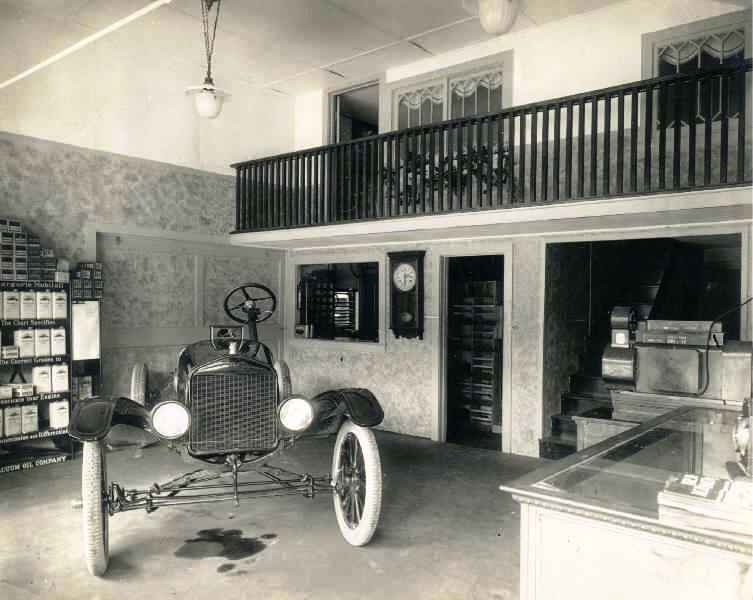 You could probably make a long study for Ford logistics in shipping complete cars, or chassis, or parts. 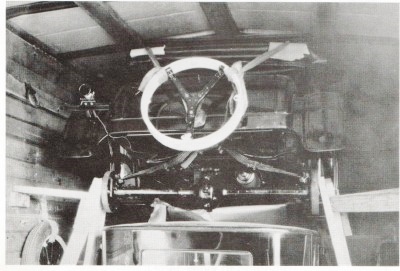 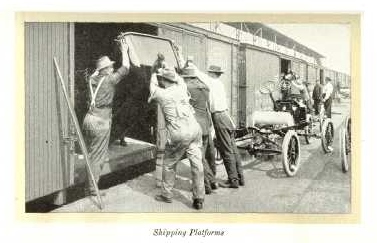 By 1917, the Ford methods were well established for making all the chassis parts (assembled engines, rear ends etc) at Detroit, and shipping parts by box cars to the branches, where bodies were made, painted, upholstered, and then assembled to the factory supplied chassis parts, on the identical assembly lines as at the parent Ford factory in Detroit. The Detroit plant only assembled a small portion of production of the T's, most all were built at the 51 assembly plants. 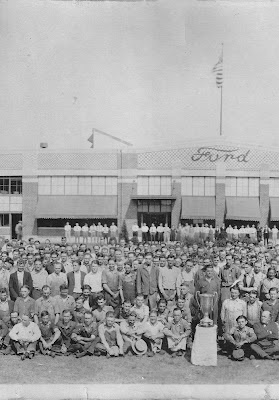 Another bit of 'Ford Facts' booklet, 1917 giving qty. of parts shipped to the branches to become Fords 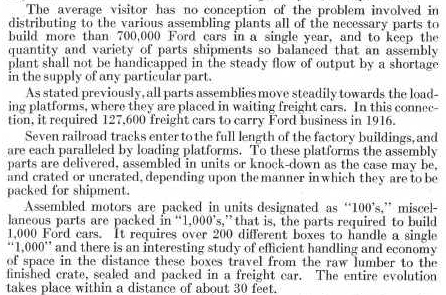 Thomas-
Are those Model S? Can you post a larger resolution of that image? 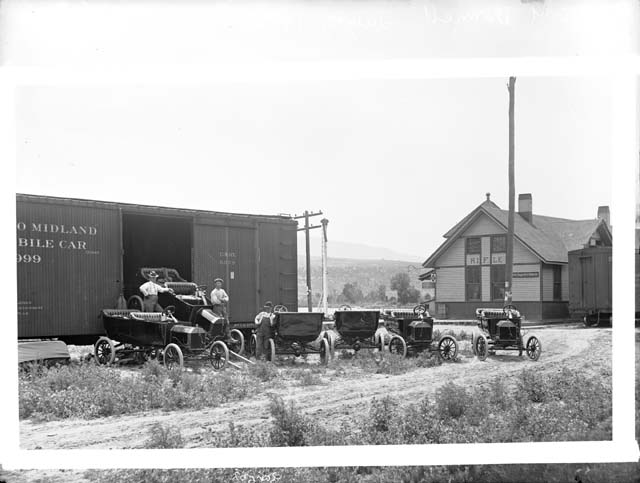 I believe they stacked 7 chassis on one end of the boxcar, and seven bodies and sets of fenders, lights, etc at the other end.

Wasn't there a recent article in the Vintage Ford about the 1922 auto box railcar? It seems to me they could get 2 complete cars in a 28' box car, so then they started sending them KDFF.

Dan and all, great stuff.

Keith, I've seen that pic before, and yes, I believe all the cars are S Roadsters. Tom, thanks for posting.

A blowup but not better resolution: 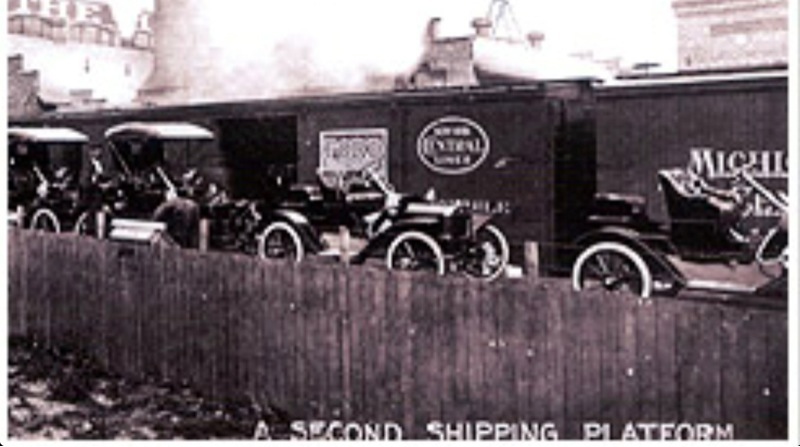 I've frequently seen ads saying dealerships were receiving X number of carloads. It seems that at only 4 runabouts per car with the tight margins of a low priced car, a way to get more autos per rail car would help the bottom line.

This is from a letter written to Bruce McCalley in 1968 by Sidney Strong. Here is what he said about receiving cars in Atwater, Minnesota.

Thank you for posting. It appears Ford went from four Model N s in 1906 to seven Model T s by 1914 (per train car). Considering the longer wheelbase and being a more "substantial" car, I would think that resulted in a good savings for Ford.

Here is a link to a larger image of the Second Shipping Platform.

This is a screen capture from that image. Quite a few more at The Henry Ford's web site.

Notice the single spot light on the cars with the tops up. 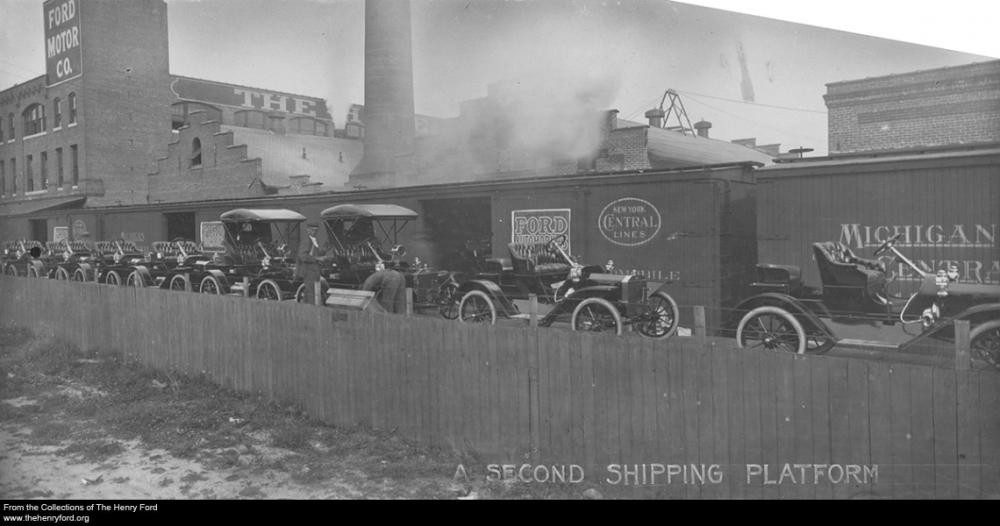 I suspect the cars with tops were "fully tricked" out from the factory. That means top and headlight. Apparently, Ford used the single headlight similar to Rambler and the Ford Model A.