Then go to tbay if you want one. Key in, "Model T idiot light"

Blatant advertising, Ralph. Is there a Forum oldtimer discount on this?

I suppose there's a whole bank of warning lights we could have:

"Warning, Commutator Needs Oil, Or Maybe Oil Cleaned Off It, Or Something" 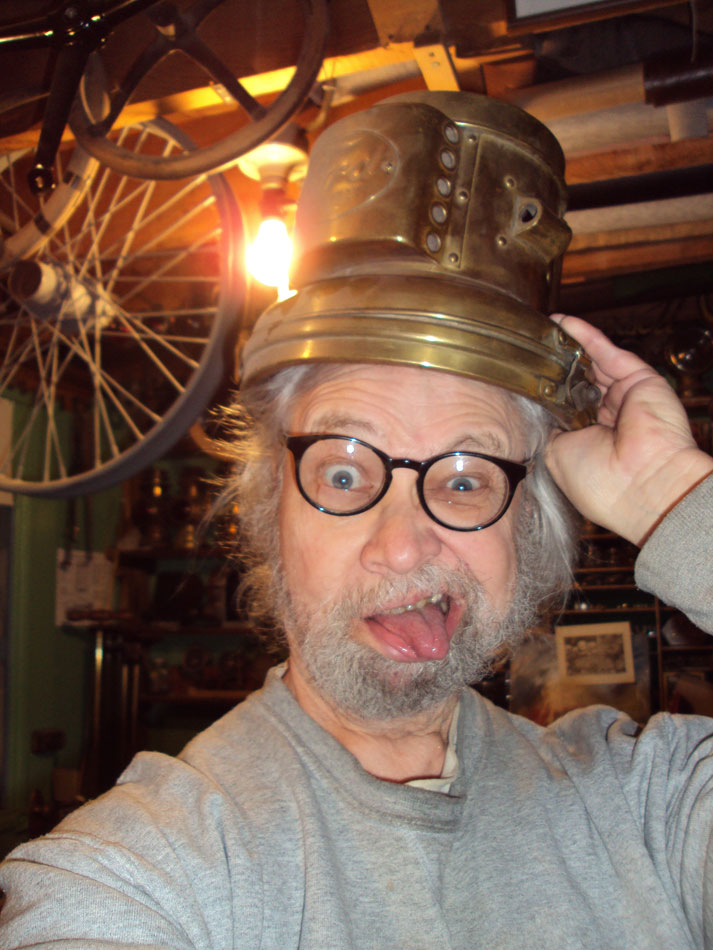 Thanks for the clarification Ralph. I had thought this was an idiot light.

That's a great accessory! I have 5 complete units I picked up ten or so years ago. I run lint screens on our T's because I run cotton bands so the "idiot light" won't fit now. I'll be changing over to wood bands in spring on the T I drive the most so I can run one of the idiot light accessories, It's great insurance against the fickle finger of fate causing fatal oil loss undetected while cruising down the road.

Case in point, I was driving home from work in a 1923 pickup roadster I have since sold and stopped at a traffic light a mile or so from work. A guy next to me leaned out his window and pointed to my car and shouted "your leaking oil". I pulled off the road, lifted the hood and the outside oil line had snapped where the line meets the block. It was squirting oil like someone cut your jugular vein! I stopped the engine, Added oil, crimped the line shut and drove home. If the guy hadn't pointed out the leak the engine would have been toast not to soon after that traffic stop.

An once of prevention is worth a pound of cure!

Here's a link to the complete unit I post a while back under Accessory Of The Day.


Richard, Your look great in brass!

You're getting confused Rich, that's an idiot with a light LOL :^)

Jay, your lint screens must be different from the one I bought from Lang a dozen years ago. There's no interference in my car. 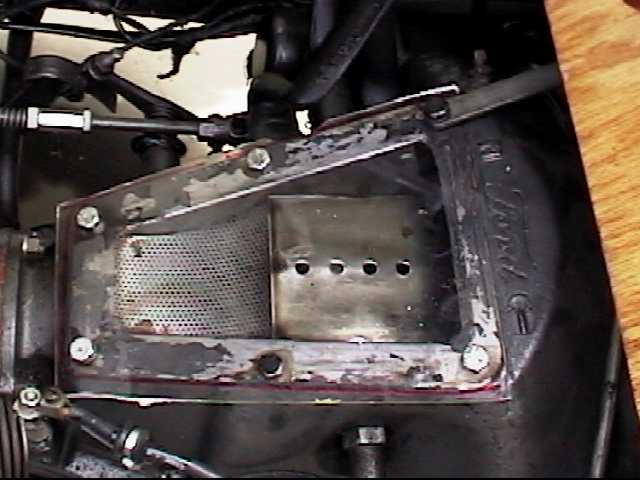 No discount for oldtimers, Jem, but I will donate half the proceeds of this auction to either the webmaster, or MTFCA for the Forum.

Richard's photo could be the start of a new humorous thread titled "T-Selfie".
Selfie is now a real word, so I hear

O.K., dumb question number 701......What is the recommended best way to wire in just the sender and light such that it will function while running but not have power once the engine is shut off?

Richard, I love the idiot light. Would make a fine costume for halloween party that involved old car people.

Wire the hot side of the bulb to mag post.

I thought about that but pondered how much current comes off that post and would it not blow a little 6 volt bulb? Or am I missing something again?

I think it comes with a mag bulb; the reason for the large size holder.

Out of the hundred plus of these units that were found and sold a while back has anyone got the complete unit set up and the reservoir working???

Ralph, Good to know the trash rack won't interfere with the sender. I will be installing one in the near future. 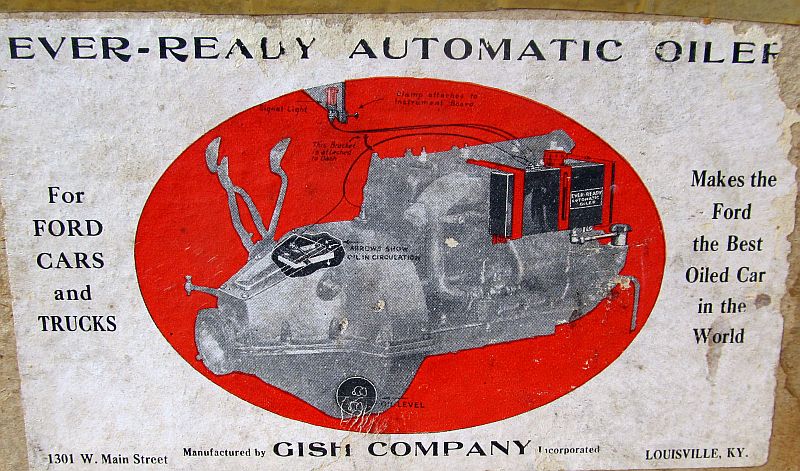 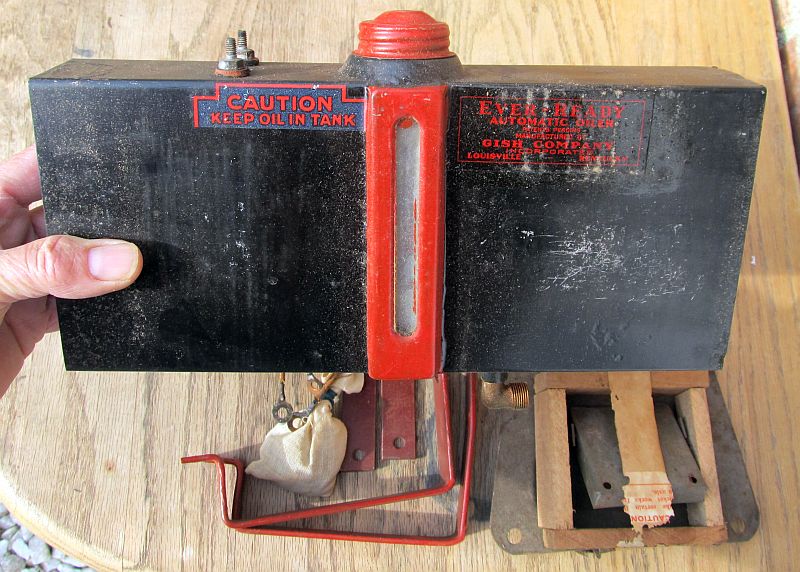 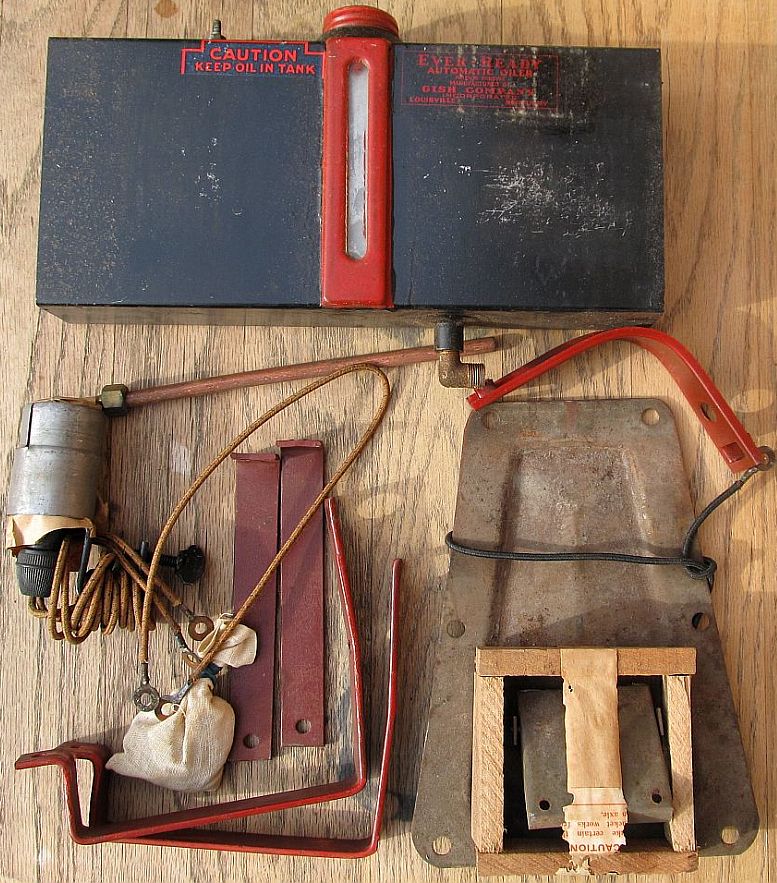 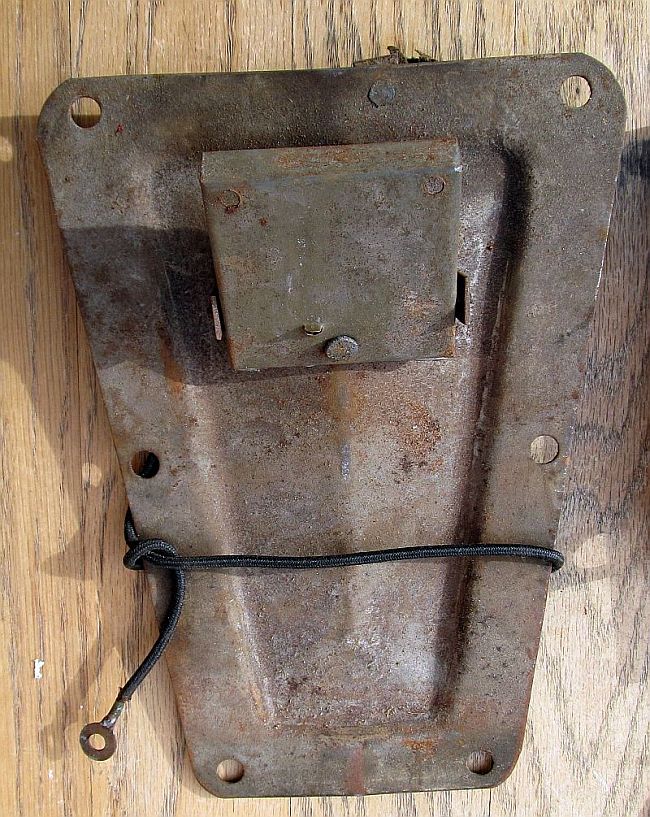 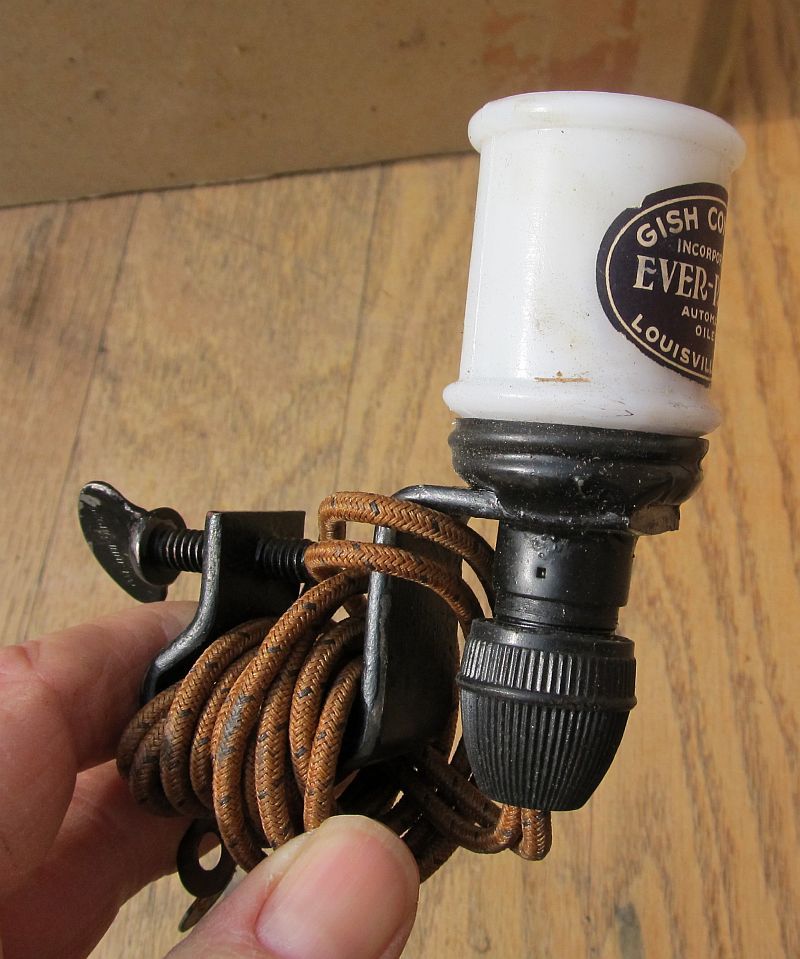 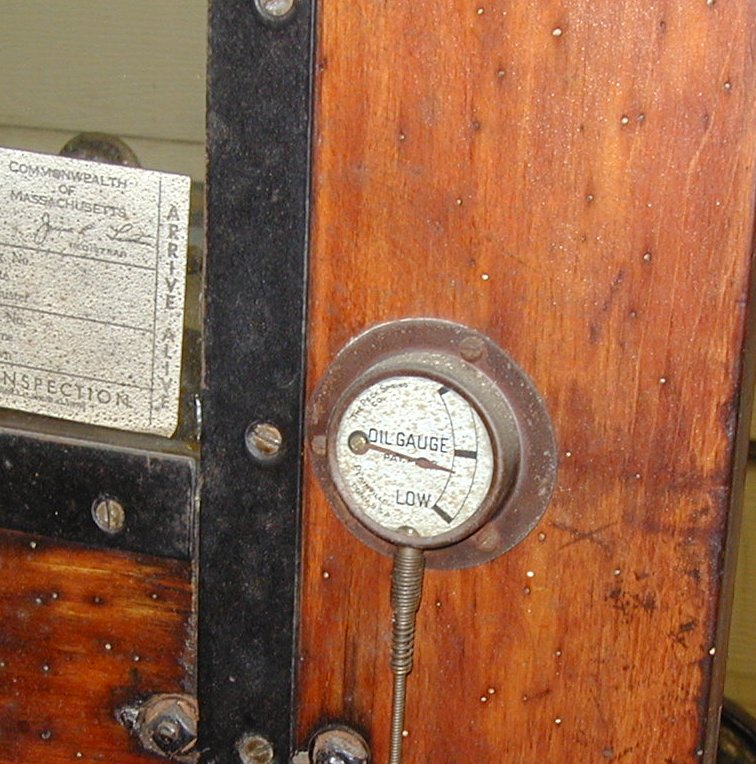 You could add a contact to the needle and have it turn on a light, but real men want to see gages.

Fred, what is the other end of that gauge like? New thread? Seems I've seen this before but can't remember how the sending device works.

I just realized that some folks might call any lamp attached to an idiot an idiot light!

Available at Harbor Freight for less than $5 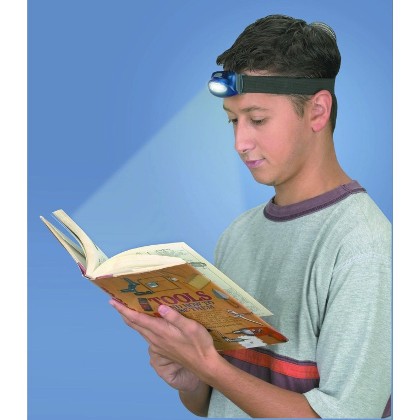 Love your sense of humor Rich !

Thanks Bud. Sometimes I can't contribute to the intelligent conversations. I'm glad Steve J. started the "Selfie" thread. My T's all have a sense of Humor and I'm just trying to keep up with them.
Rich

There is a tube with a float connected to the bottom oil petcock.
I couldn't find a picture in my files and I am having a medical problem that stops me from taking one at this time

Is it a solid little rod that connects the oil level float to the gauge?

Fred, sorry to hear you are not well. Chin up and get well ASAP please.

There is a wire in an outer covering that looks like a long spring.

Thanks Eric. A simple nose bleed sent me to the ER and then the operating room twice for a procedure where they put a tube in my groin and then placed beads of some type in the capalaries of my nose.
It's a bit like trying to stop a leak in the radiator thru the transmission inspection cover.

Wow Fred it's a long way from your groin to your nose! I guess you had no choice but to "groin" and bear the procedure.