I was well on the way to converting my side lamps to electric when I suddenly realized I was doing it wrong. I should do this the right way. My lamps were seized up but, I got them apart and replaced the burners and added oil. They lit right up, are fairly bright and burn steady even while driving fast. I parked out front of the local bar and left them lit. People stared into the lamps and took close up pics of the lenses. A friend of mine came out and used one lamp to light his cigarette. I bet that happened a lot in the past. This adds another level of fun to the Model T. 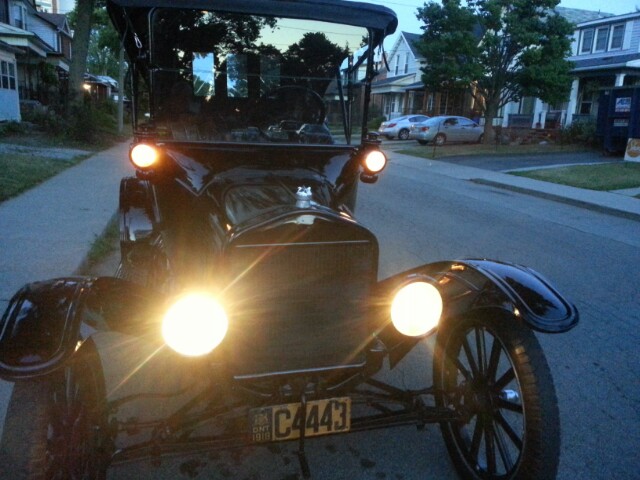 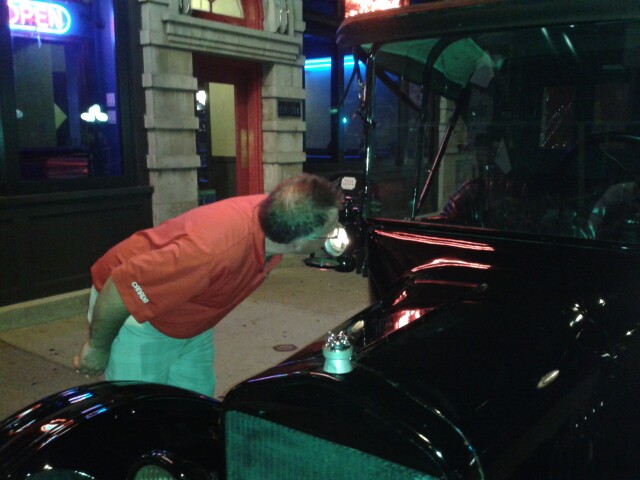 Dave,
Your lights (and car) look great. Personally I like the glow from kerosene lamps, and you'll never run the battery down...

Thanks Rob and yes they do have a nice glow. I have heard that these lamps don't burn brightly, can burn the paint off them, leak oil on the fenders and blow out while driving but, I have not had any of those problems so far. Perhaps you can tell us if they stay lit at "breakneck speed". I find the sidelights to be quite elegant and even practical and they use almost no fuel at all. I plan to use them in all low light situations.

Dave, the side lights also make a great place to put bulbs in for turn signals. Put a lamp on the other side on the rear and you have hidden turn signals. I use dual element bulbs in the rear. This lets me put brake lights and turn signals on the car for safety.
NOT ORIGINAL, BUT SAFETY IS IMPORTANT

Oh, Dave, the liquid you put in the lamps is called Kerosene, not "Oil"

Here in the south it's called 'coal oil' 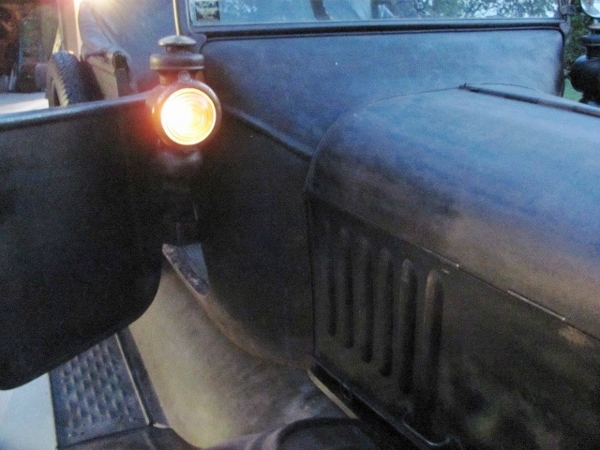 p.s. Actually, the oil I use is Tiki oil fluid, as used for outdoor torches, smells good, doesn't give off much smoke, and easy to light. A wad of cotton stuffed into the font keeps it from sloshing out the top of the font.

Here's an issue I've never seen addressed before. In one of my lamps, when I try to run the wick up and down, the wick stays stationary and the little star wheel (for lack of a better term) just chews up the wick. It's as if the wick is too soft; however, the other lamp works fine.

In the interest of full disclosure, it really doesn't matter at this point, as I've removed the burners and installed electric turn signals. But I did the conversion so it could be easily undone -- and I might want to put them back to standard some day. So, I'm just curious. Has anybody else encountered this problem?

GOOD FOR YOU DAVE!

Glad you made that decision and glad you now are having 'the experience'. I have often said Model T's shouldn't just be driven. They should be EXPERIENCED. Your post backs up my theory. The past few years, this board seems to have transitioned away from trying to preserve originality and is leaning toward modifying everything on a T except the sheet metal, then vilifying those who would make any objection. I'm proud to see someone decide to go original.

Hal, I couldn't agree more which is why I seem to get a jealous feeling every time I see someone driving a totally unrestored T with ratty rough, dull paint and ripped seats with horse hair hanging out of them. That's the maximum experience.

Jeff, it appear that the wicks sold by most (if not all) of the vendors are too thick and won't feed through easily. I tried one like that and was worried I might damage my burner. Luckily, I also acquired one thin wick and one of my lamps still had a good one in it. It should be as thin as a shoelace.

Wet the wick with kerosene first. Lamp collectors know it lubricates the wick through the burner. Well...gramma knew it too !

I had the same problem with the side lamps on my K. After exploring the matter a bit I concluded that the wicks were 50 years old and the star wheels pulverized them. I installed new wicks and the problem went away with the old wicks.

One of the vendors sells two different wicks. One is a cheap, very coarse and loosely woven one. The other more expensive one is much better quality and fits the burner much better. I don't remember now which vendor it is. I'm thinking either Lang's or Snyder's.

I've had problems with the "wheel" not gripping and moving the wick (even new wicks). I just use a sharp tool like a dentist's pick and help the wick along as I move the wheel. Since the wick seldom needs advanced, once the lamp is adjusted there is no longer a problem.

Yes, the wicks do get rotten with age. New ones should work fine. A Google search should find you some dealers in lanterns, lamps, wicks, chimneys, etc. (not necessarily automotive). That would be another wick source. 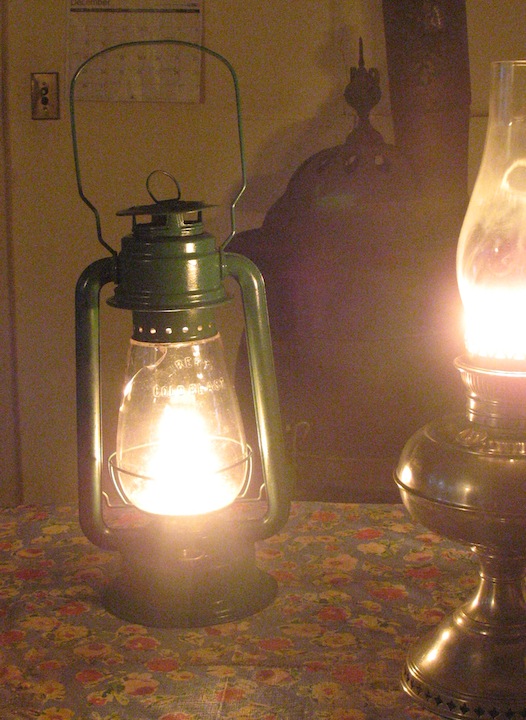 Rob's observation that once you get the wick adjusted and trimmed you can pretty much leave it alone is on the mark. Movies where an actor puts out a kerosene light by turning the knob get a well-earned derisive snort from me.

Hal, I remember reading a post about the good wicks and I think it was Snyder's that had them. I have also found that you don't have to adjust once the lamps are lit which is good because the knobs on the T lamps can get rather hot. That reminds me, I wonder how long it will take before some stylish woman leans her forearm on my hot sidelight to pose for a picture.

I learned early on from my parents that you don't turn down the wick to shut down the light, You blow down the chimney to put it out.

I also was amazed in some of those old westerns just how much light those lanterns or lamps gave off when they were lit. <grin>

I have had to turn them up to get them to light, then turn them back down so as not to smoke. I suppose with a match that wouldn't be necessary, but I usually use a grill lighter. It is hard to get the flame down into the burner slot to get the wick lit. If I turn the wick up enough it extends outside of the burner slot, the flame is much too high and can smoke. I do NOT turn them down to put them out, though. I always open the lens and blow it out. Sometimes, a quick snap open of the lens will draw it out, but not always.

BTW, I bought an unrestored side light once that had what I believe to be a depression era fix. The wick had gotten too short to extend down into the font, so someone had sewn another piece of wick to it to extend it. Hard times.