After thinking a lot about how repair it, this is what I finally did. What do you think about it? 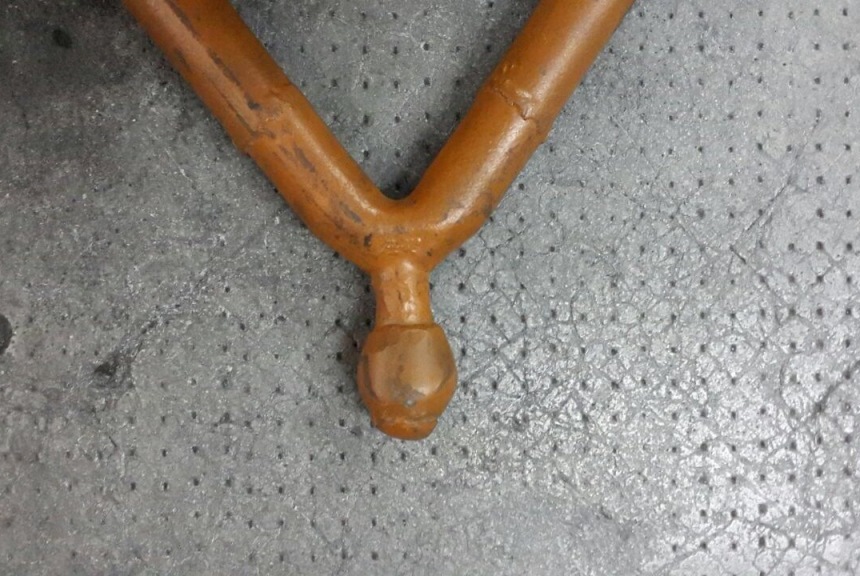 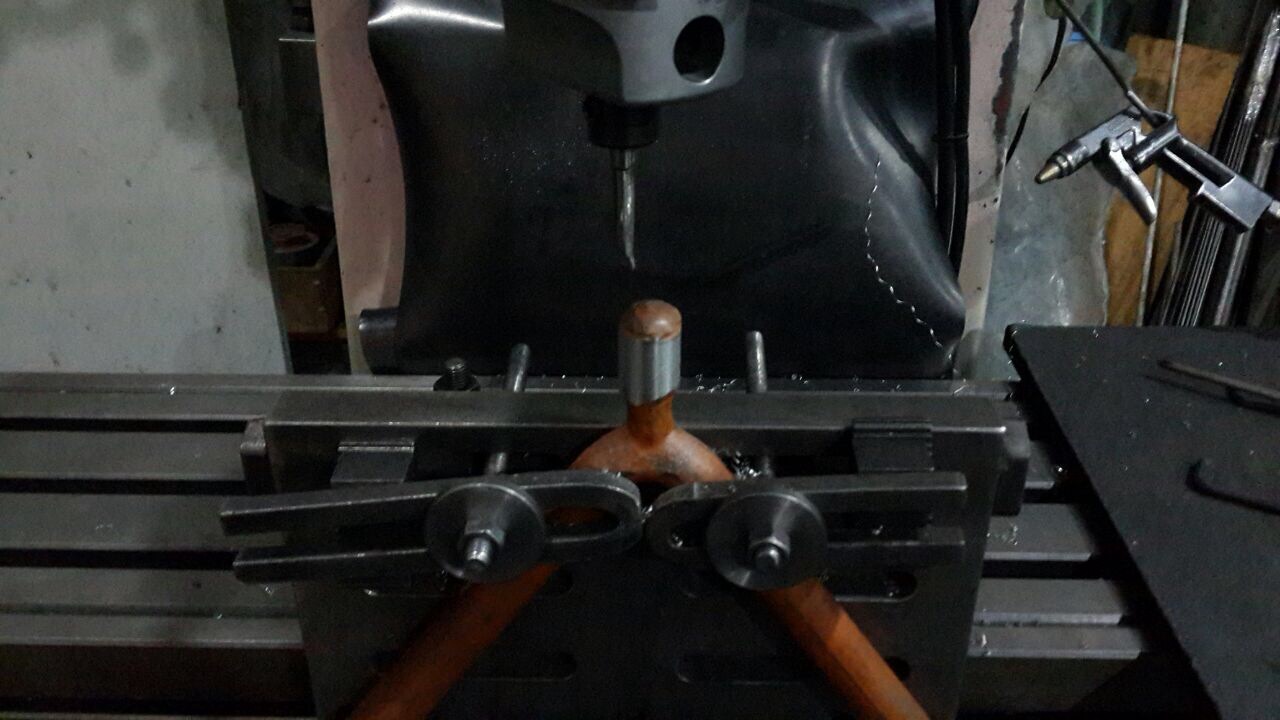 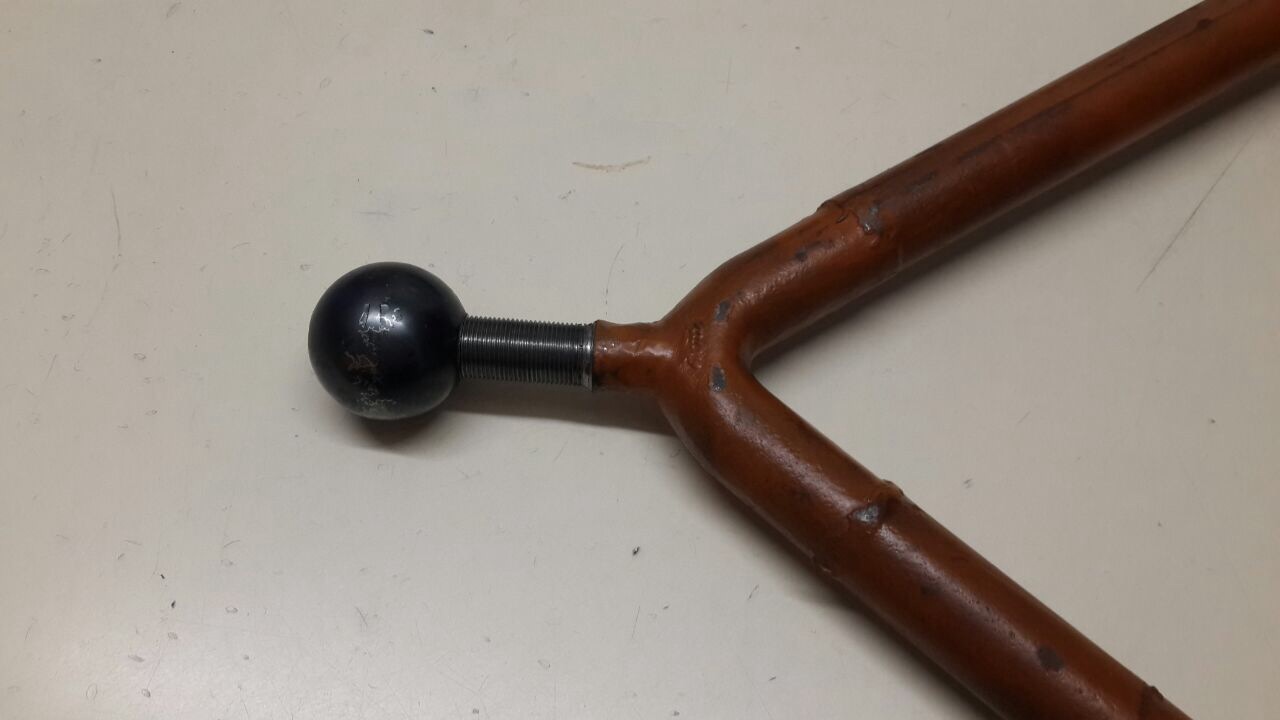 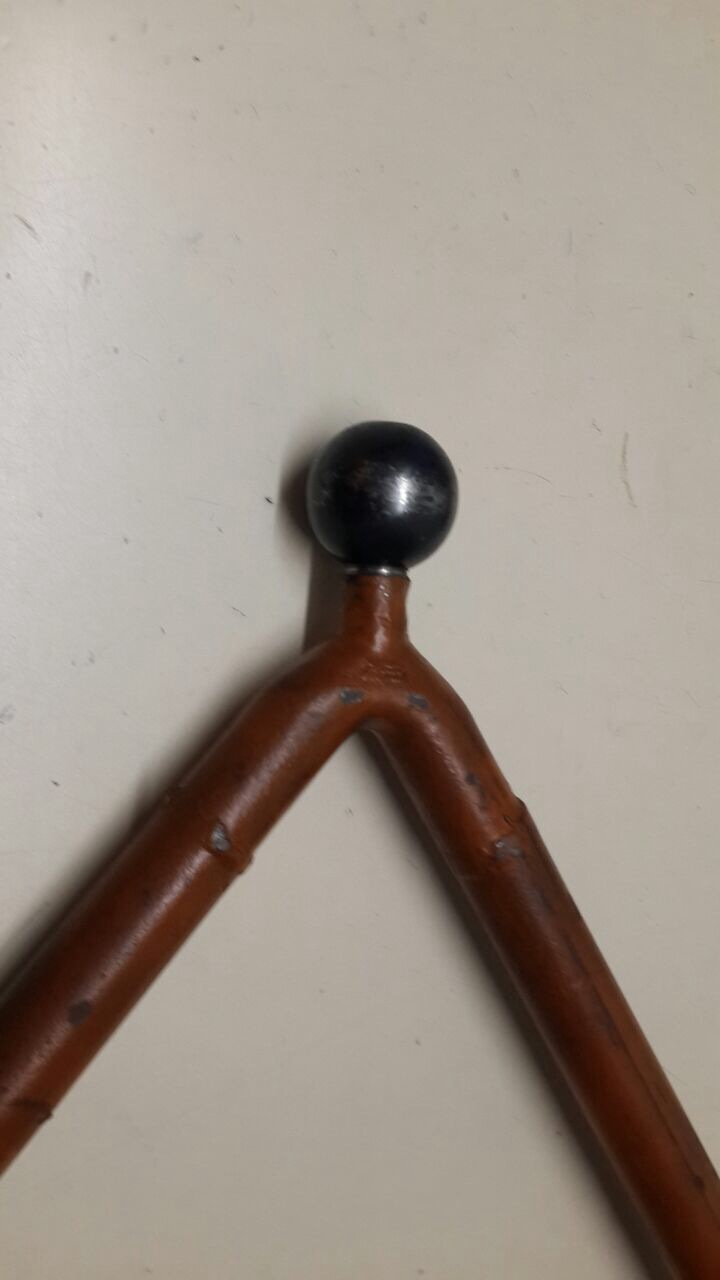 Nicely done. Did you peen the end of the thread or use thread locker to prevent it from coming loose?

It is a pretty nice job but I think I would do something to provide a positive lock to prevent it from unscrewing. Maybe weld or a heavy peen or even drill and pin it.

My wishbone was done by annealing a ball bearing, boring it out, and milling down the original ball to that diameter. The ball was then placed on the post, and silver braze flowed into the joint clean through.
Similar idea to Gabriel's, and very much like the other parts of the wishbone were assembled at the factory.

Gabriel, I think if you use the high strength thread locker you will never have a problem. It has to be heated to break it loose. KGB

What did you use as a ball? What did you center off of, the stem the ball mounts on? Thanks, Dan.

Gabriel, I do the same repair to early pitman arms. The old ball has to be ground down and filed to be able to thread it. The ball I use is the replacement one for the tie rod the vendors sell with the straight shaft. I chuck this in the lathe and bore and thread it there. I lock them on with a good weld once fitted.

What did you use for the ball to start with? I can only find hardened suspension balls here and they will not drill!!!

Allan,
You could use the hardened ball if you annealed it before drilling it. Then after machining it you could harden it again and end up with a long lasting repair.

To anneal it heat to a red heat and quickly bury it in some insulating ashes so it cools very very slowly. Maybe that is what Gabriel did, it looks like it has been heated.

I used a bearing ball. I annealed it, then I drilled it.
Now, I want to use thread locker, but my father prefer to use welding. He says that, once fixed the final position of the ball, we must use silver into the joint and finally weld the ball. Of course, he use to win this kind of discussions

About diameter, the hole is oversized so we use an oversized ball.

Allan,
I was on a tour of Yosemite when a car which had a threaded pitman arm ball came unthreaded. Fortunately the brakes were good enough to stop the car before it went off a cliff on a curvy road. If you thread a ball on a pitman arm be sure it is welded, brazed or peened or some surefast way to keep it on.

The wishbone arm ball would not be quite as dangerous as a pitman ball, but it too should be secured and both types should be checked regularly to be sure they are tight.
Norm