I found this 1911 tool list under the back seat of a 1912 touring car. As you can see, its in very poor condition, there is no jack or tire irons mentioned. 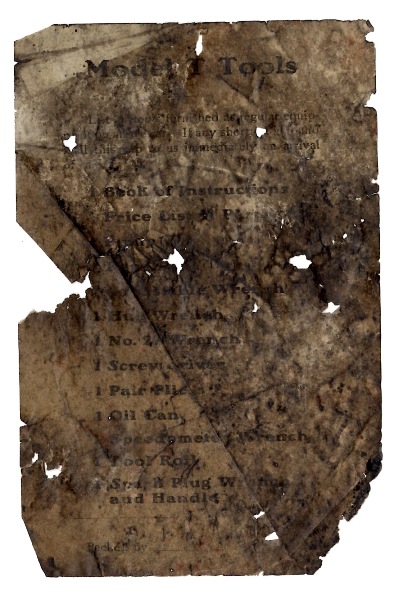 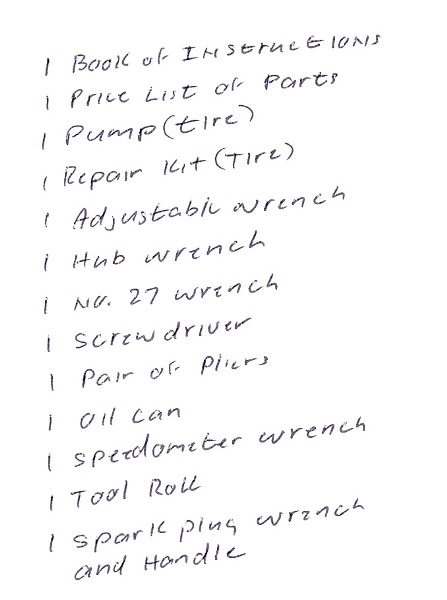 The lack of tire irons and jack is surprising, but a very neat find.

Ford started to include a jack with the 1913 Model year. The 1913 tool list (as posted by Larry Smith) includes a jack and handle. I believe the jack to be the one on the right in the photo posted by Kim Dobbins. 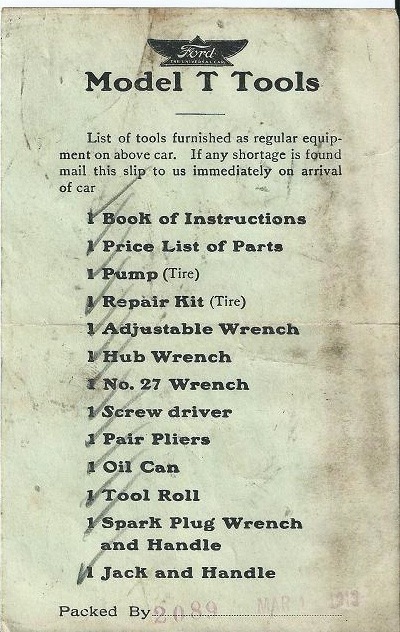 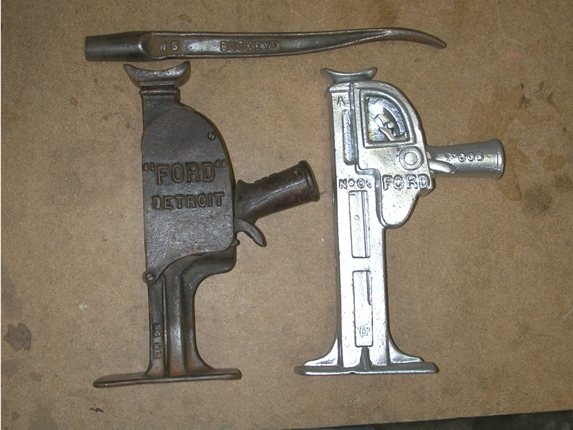 Kim-
What size of sheet is it?
-Keith

Prior to the posting of the 1913 list, the only one that had been posted was from 1914 and, I believe, posted by the late Roland Palmatier of Durham NH. It did not list Tire Irons either. It did still include the Jack AND Handle. But the spark plug wrench was now listed without the "and handle" Indicating that they were now supplying the combination spark and head blot wrench, not the T2178. 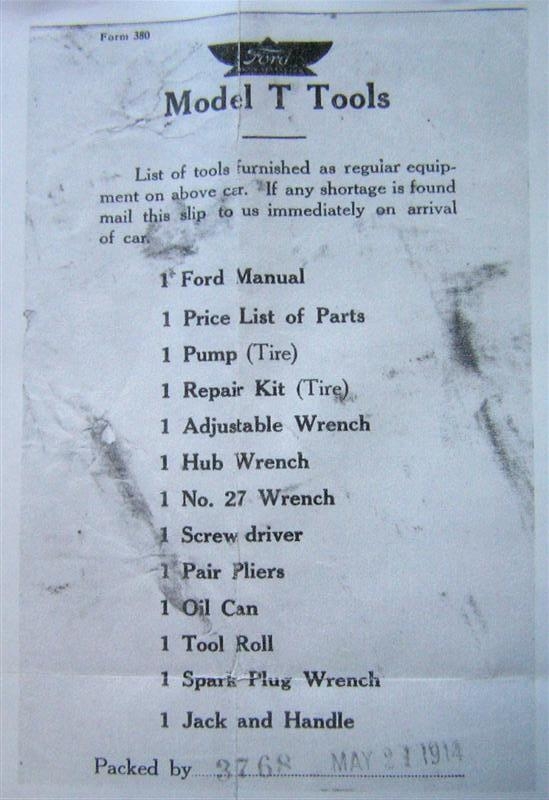 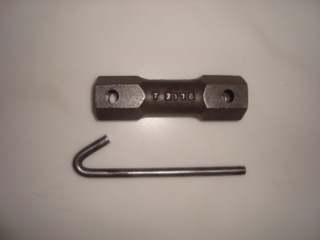 Yes,it is the same size. Note there is no ford at the top of the list.