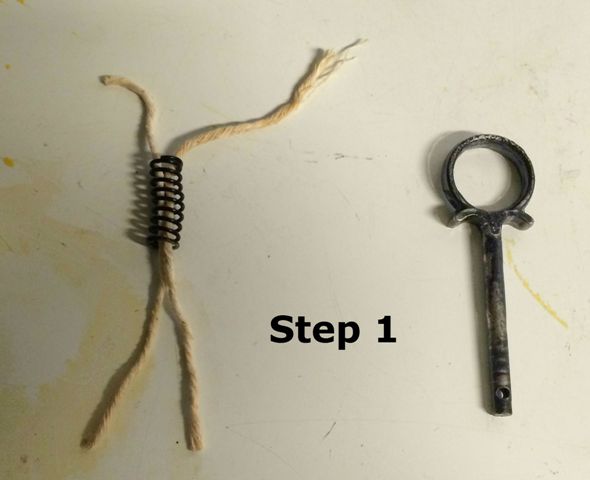 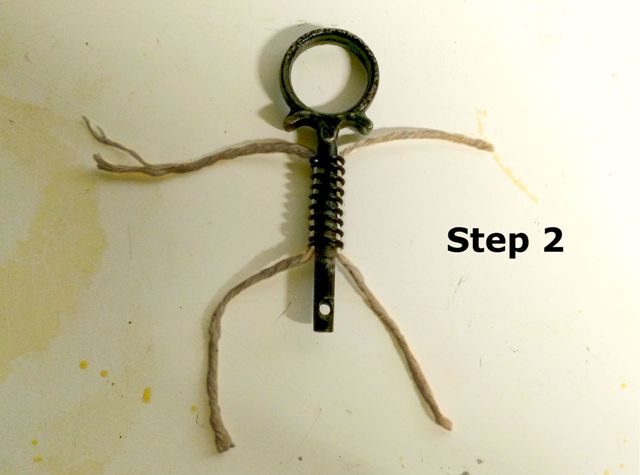 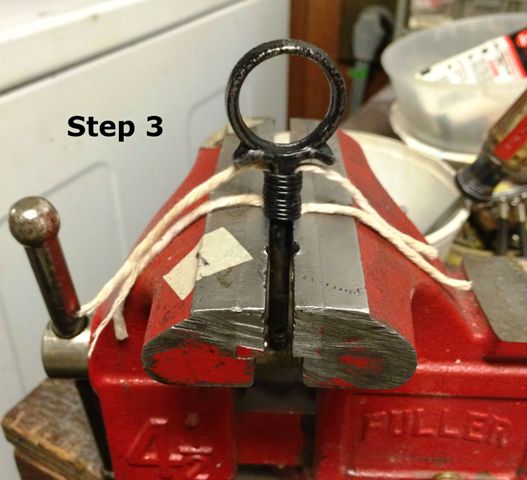 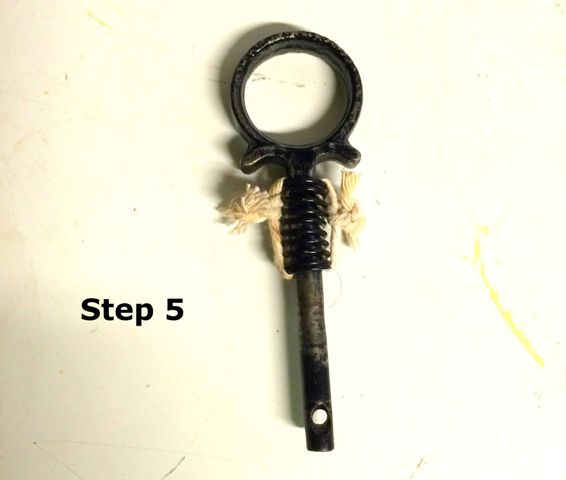 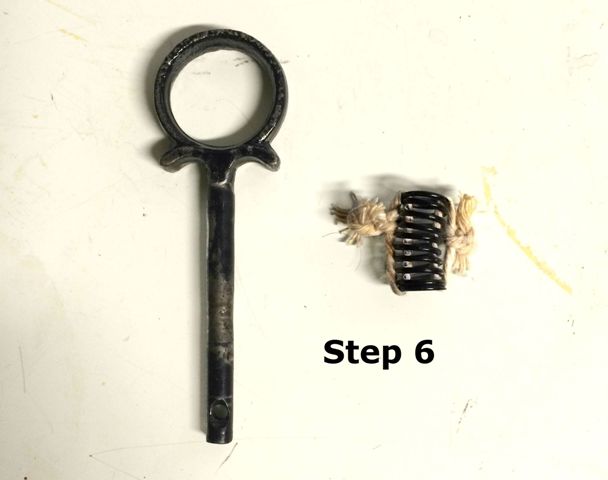 Once you have the "pre-compressed" springs slid up onto the hood-clips, it should be an easy matter to
add the little washers and either cotter-pins or, as Bob Cascisa wisely suggests, hitch-pin clips.

... and of course, take an X-acto knife or some other kind of blade and cut the strings.

I'll probably forget by the next time I need to do this, but that is a great tip. I know I fought a lot with mine to get them on both vehicles.

The front one's aren't quite so bad to get at, but this would definitely be a help for the back ones. I'll have to try it when I put my '12 back together. Thanks Bob!

Compression in the vise is the ingenious part. That's so simple and easy that I never thought of it.

Thanks Bob! I've been dreading that task ever since I removed the radiator, steering column, hood cleats and motor from the '27 last week. Great idea!

Thanks for the tip, Bob. This is one of my least favorite jobs on the T. Maybe this will make it easier!

There IS a silver lining in every cloud!

Despite the travails you have recently experienced,
you have found a way to "make a silk purse from a sow's ear" in devising a way to make an otherwise despicable job enjoyable.

Where am I going to find 100 year old string?

I may be dumb on the earlier cars, but the hole in the frame on my 24 and 26 are large enough that you install the springs on the hood shelf and just install the whole thing without all the hassle.

Like Rick said if you have the correct washers which are no bigger than spring o.d. you can preasemble hood shelves and install as an assembly ,i always have to grind washers to fit

Bob - What a great idea for what we all know is a very frustrating job! One question though,....I have a whole roll of un-insulated aluminum wire, much like what today's hardware stores sells as "handy wire". Could that be used in place of the string? That might hold the compressed spring together even more tightly as there would be no "stretch" as with the string. Great idea though Bob,.....whether string or wire,.......harold

I think you're right in that wire would hold the coils of the spring closer together, but then, from under the car, you'd have to get into that tight space inside the frame with a wire-cutter instead of just taking a quick, blind swipe at the string with an X-acto knife.

Thanks again Bob. Yeah, one of the many "three-handed" little ten-minute chores on these old Fords that could take the better part of a whole day, and you've certainly solved one of them! That whole area around the hood shelves can be a real pain,......harold 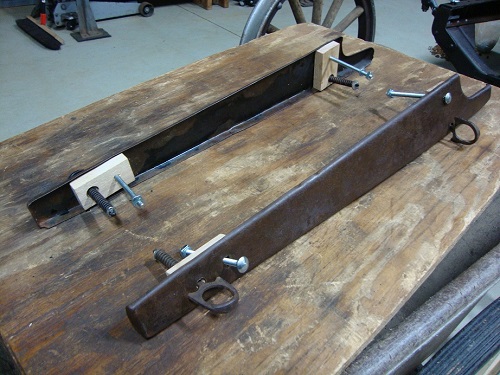 Nice tip. Will use the next time. One thing I did was to put some double sided tape under the wood blocks to keep them in place when installing the shelves on the '24. Also, I had to replace the springs that came with the new hood clips as they were too stiff to compress. 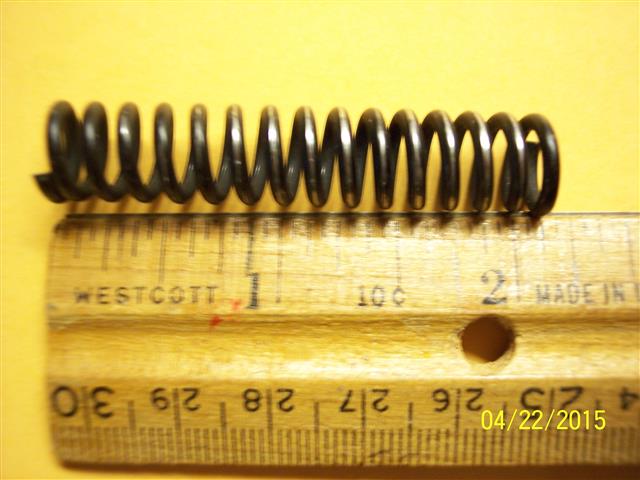 Squeezing between thumb and middle finger it was all I could do to compress it 1/4 inch and I have strong hands.

I use a valve spring compressor. Put it between the bottom frame rail and the spring. I use a washer under the spring with the compressor under the washer. Then put in the cotter pin while compressed.
Norm

The main reason that people have trouble getting the hooks up high enough is that the springs are made wrong. There were so many of them that restorers used over the years that prevent you from pulling the hook all the way up high enough to get past the hood lip because the coils "stack" after being fully compressed. I have the factory drawings for the 2 versions of the spring that Ford used. I make mine exactly to Ford drawings except I used stainless spring steel because you can't keep paint on the springs anyway with all the rubbing of the hook down the inside and bare steel rusts. The correct factory springs work very nice and don't "stack" because they have the correct number of active turns, the correct wire size, and the correct free length. They are up on my site if you need them and are even pretty cheap considering the cost of the drawings and higher quality material I made them from. I hope you guys won't be mad at me for mentioning them but it is hard to explain what the problem is and not talk about the solution too.

Just to go to the hardware store and get lighter springs. It doesn't take much to keep the hood down and it's much easier on the middle knuckle of the index finger.

I'm, with Eric J. The springs available from the vendors are much stronger than needed. I use lighter springs of shorter length from an auto store selection. This is particularly appropriate on a brass car with an aluminium hood. Clamping it down tightly only serves to accelerate wear wherever it might not sit correctly on the former.