We are wanting to build a replica of a Model T work area/repair shop in the annex building of the MTFCA Museum. This may include a parts storage/display area, possible parts counter/display case, work benches, tools and repair machines such as valve grinders, engine boring equipment, radiator repair material, babbit pouring etc. We would like for it to be functional, not just a display, so it could be used for seminars and actual repairs, yet be period correct. Our space is not unlimited. Any ideas, especially pictures, would be very much appreciated. 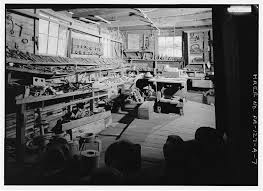 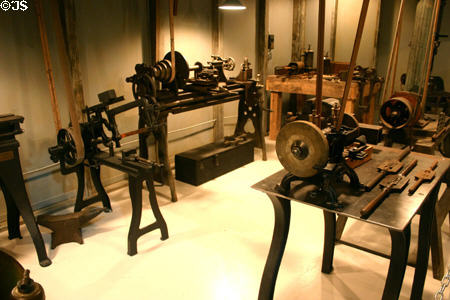 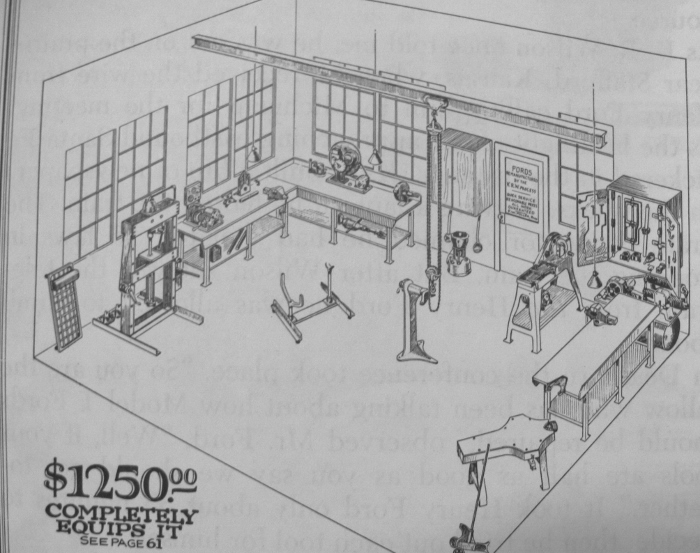 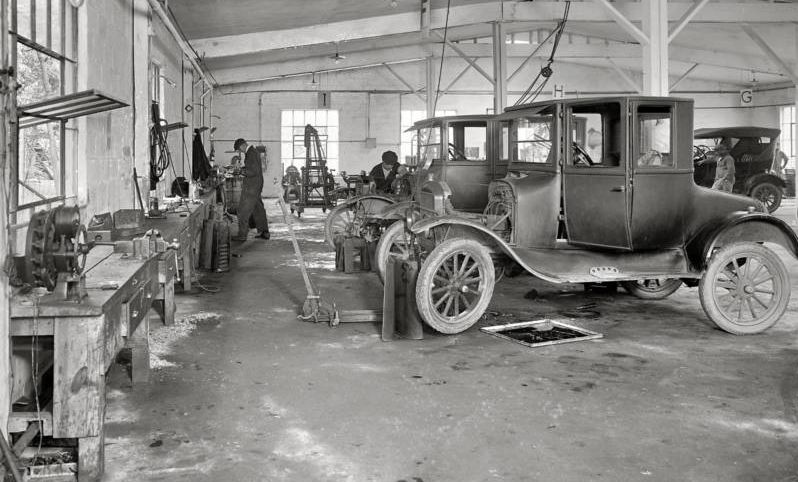 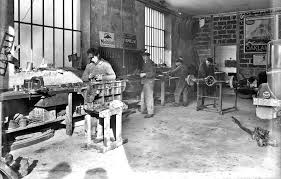 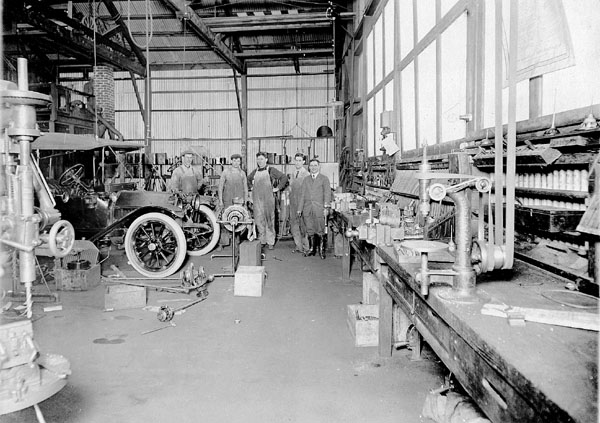 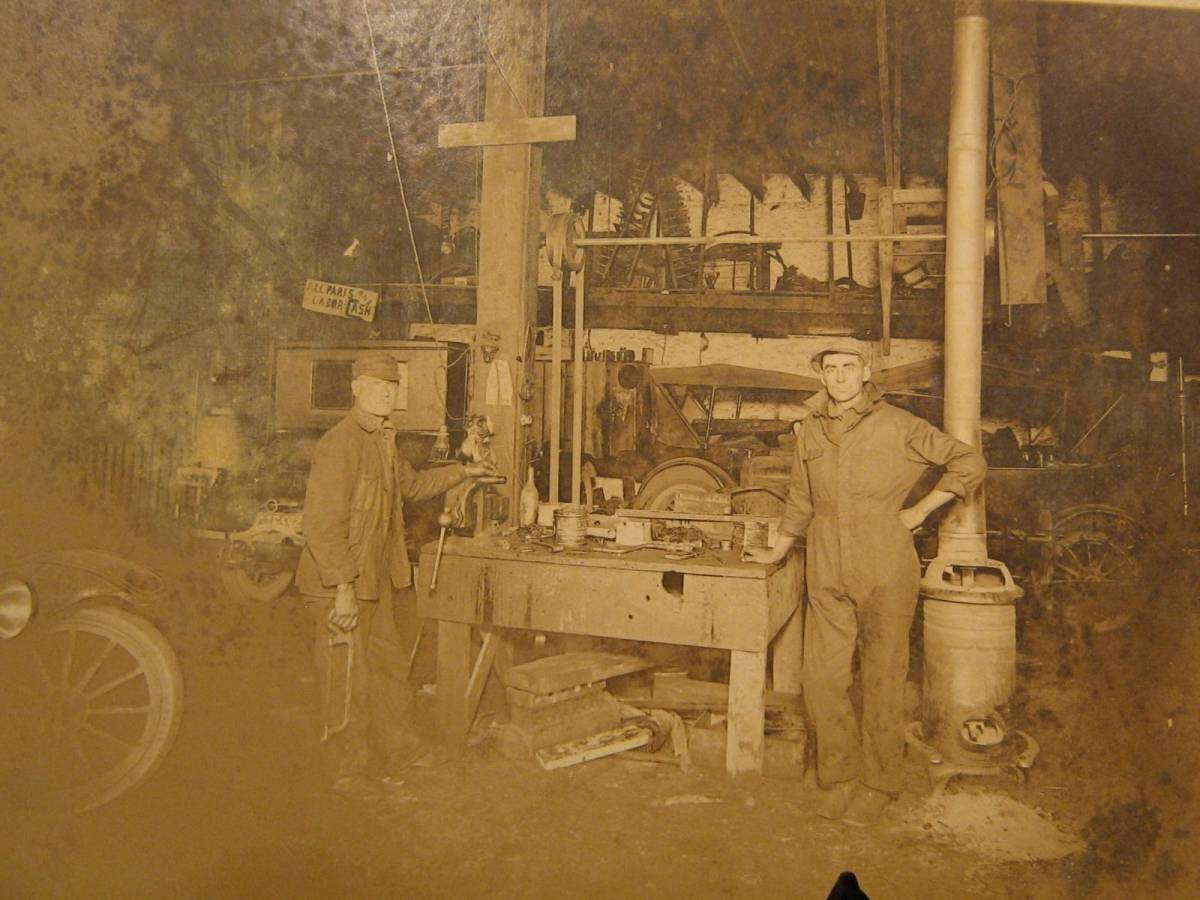 There are dozens of great photos on this Forum like the ones Jay has shown. Google "mtfca old photo shop". These guys find the best.

Now where to find the stuff in the pictures to recreate the shop....especially the sign "All parts and labor Cash." 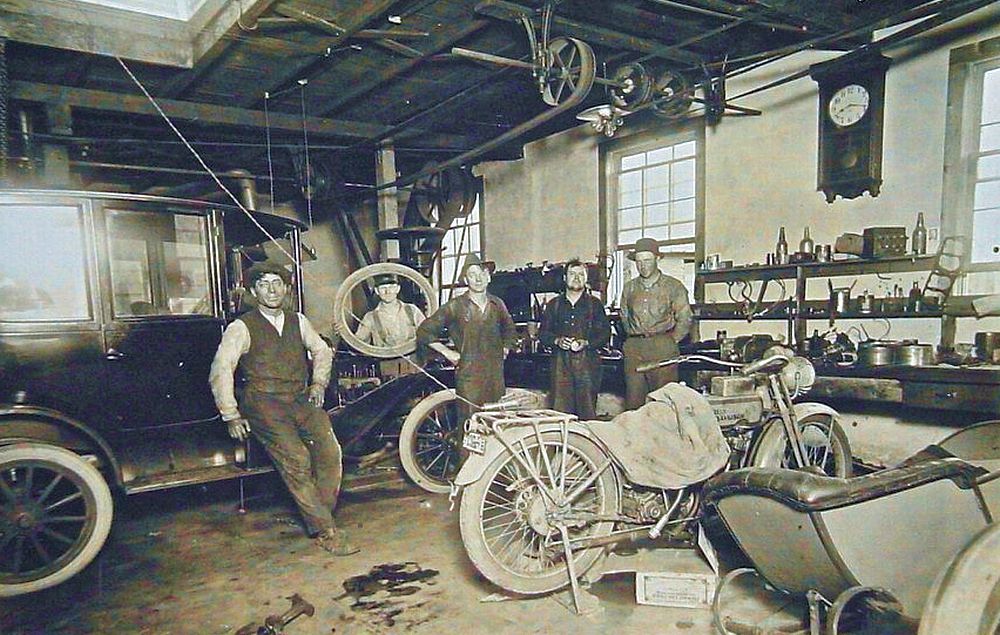 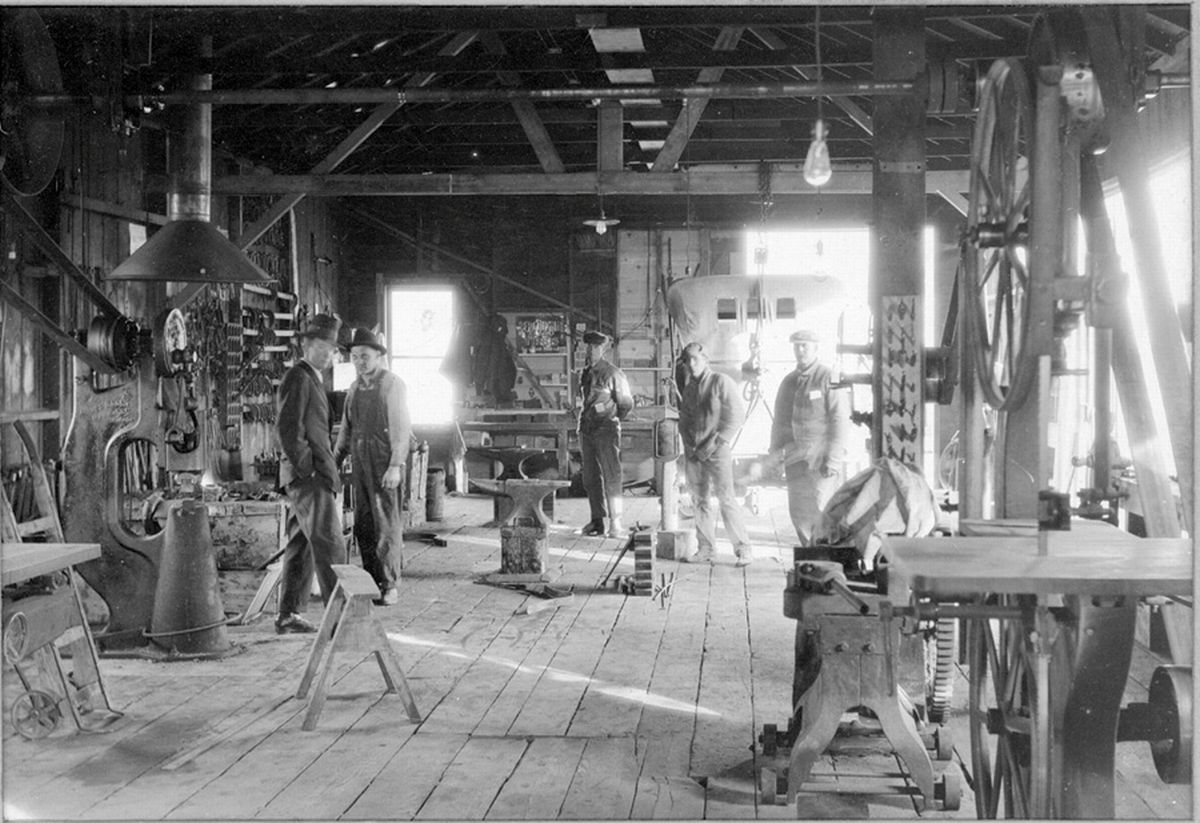 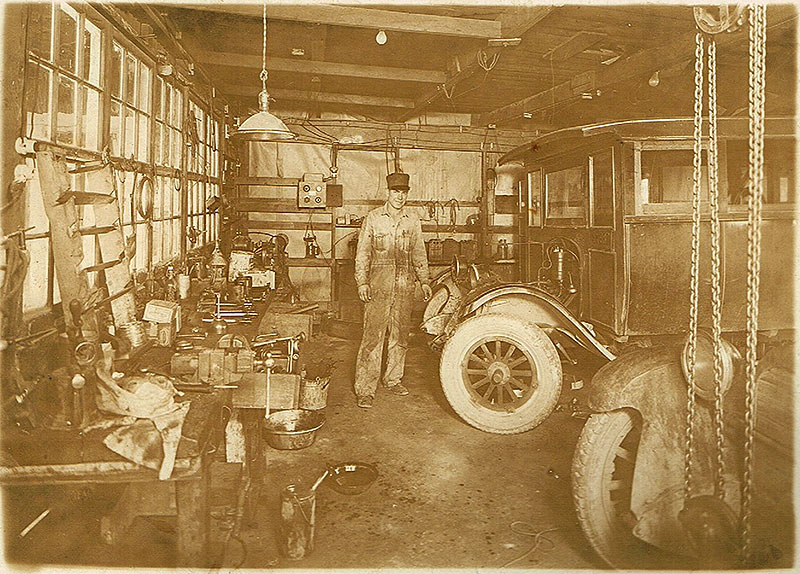 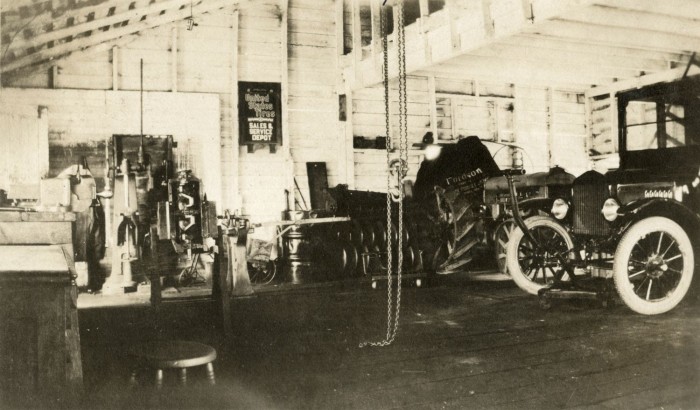 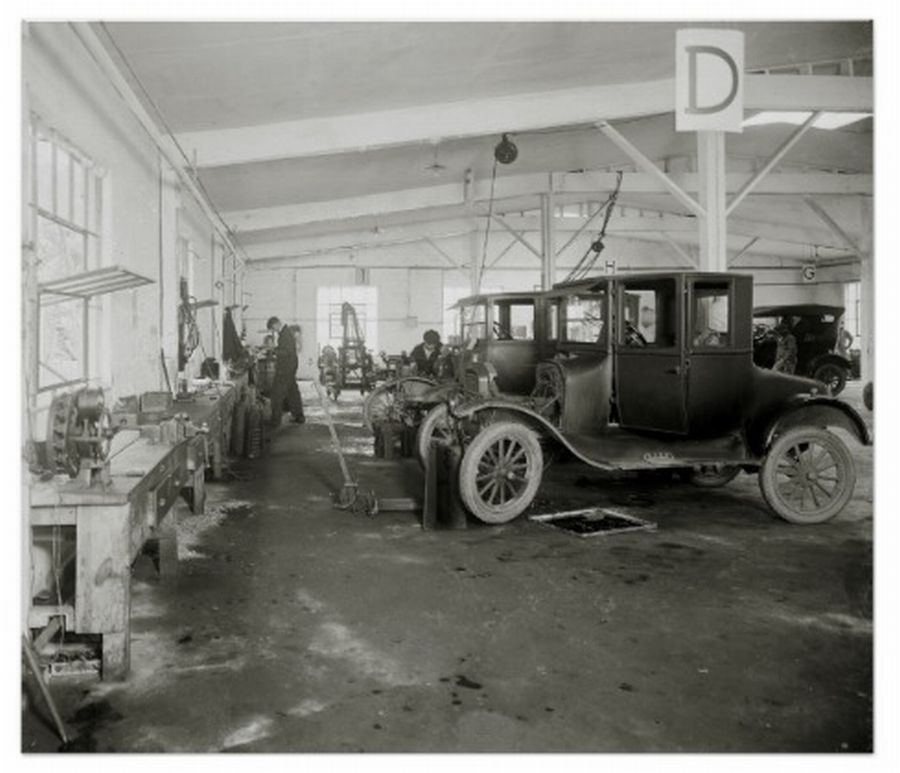 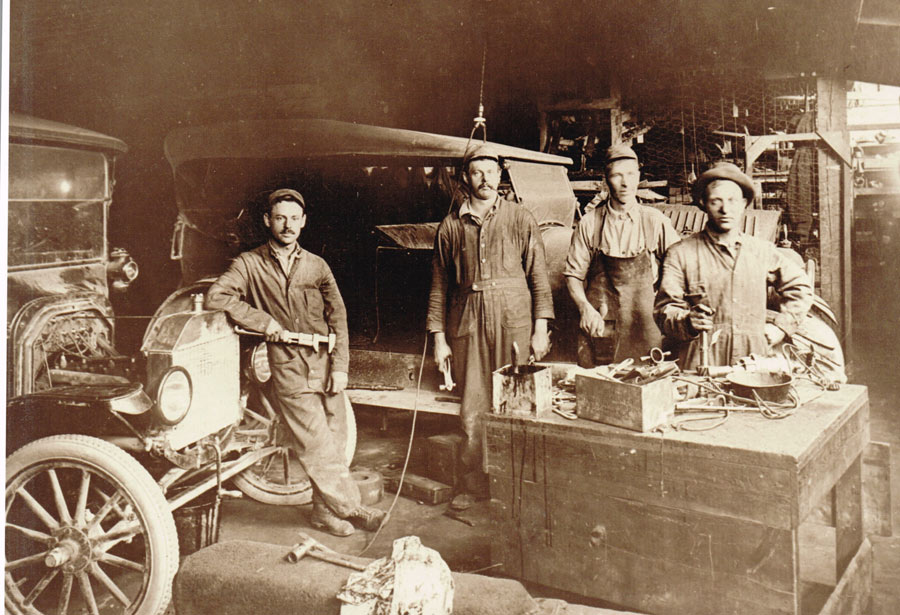 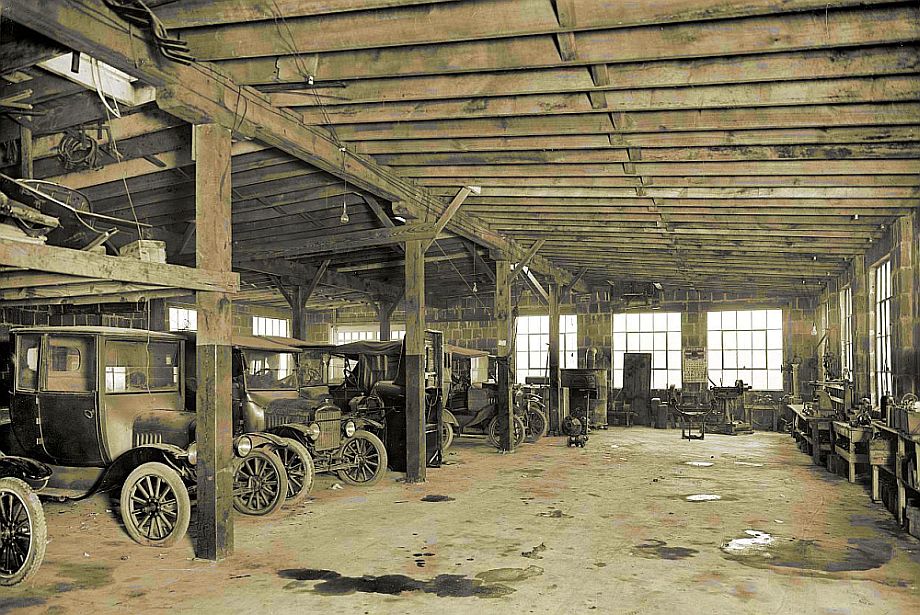 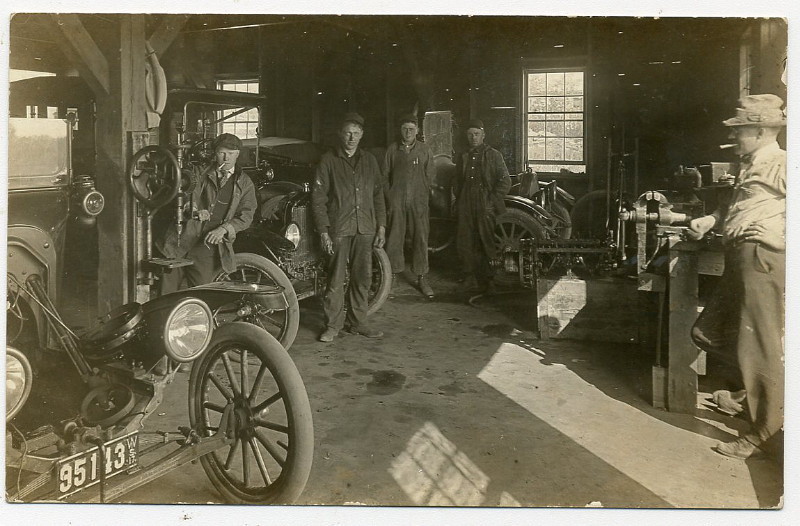 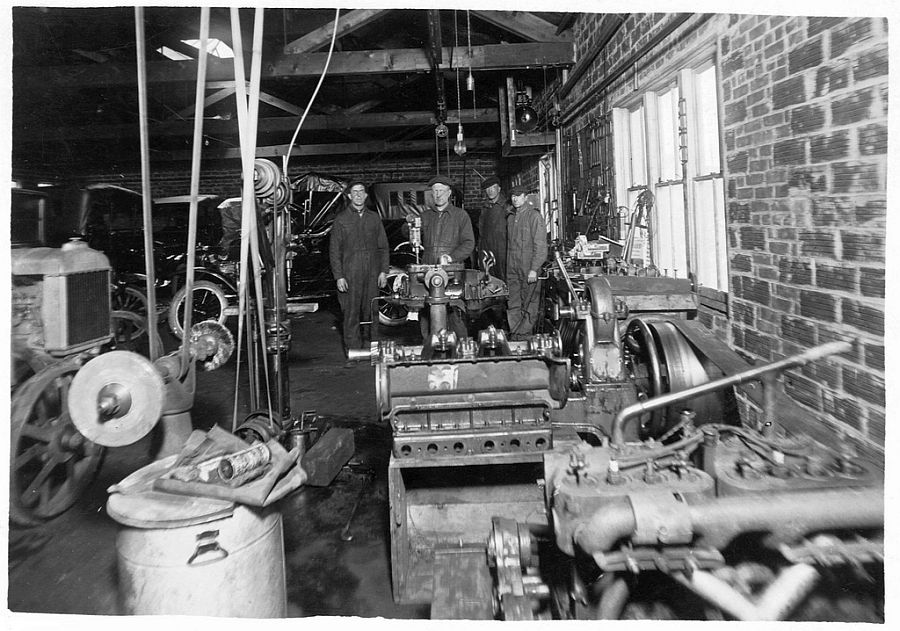 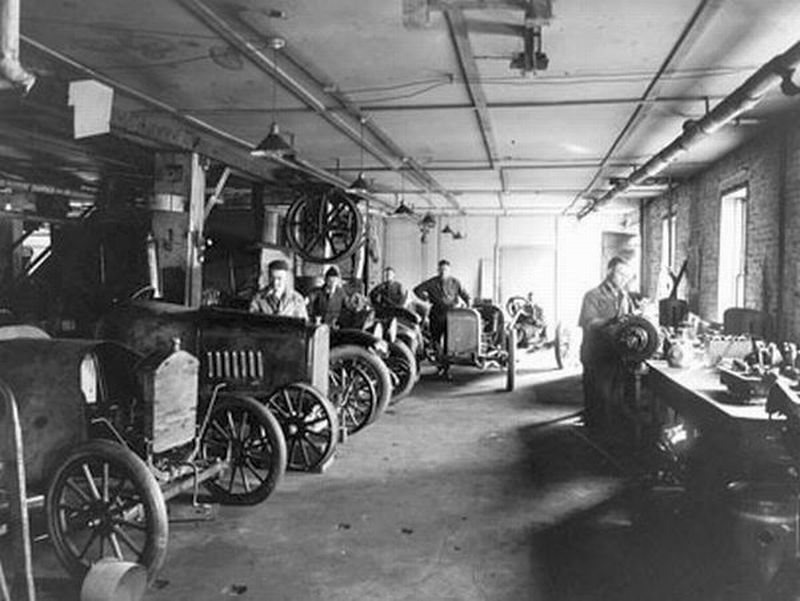 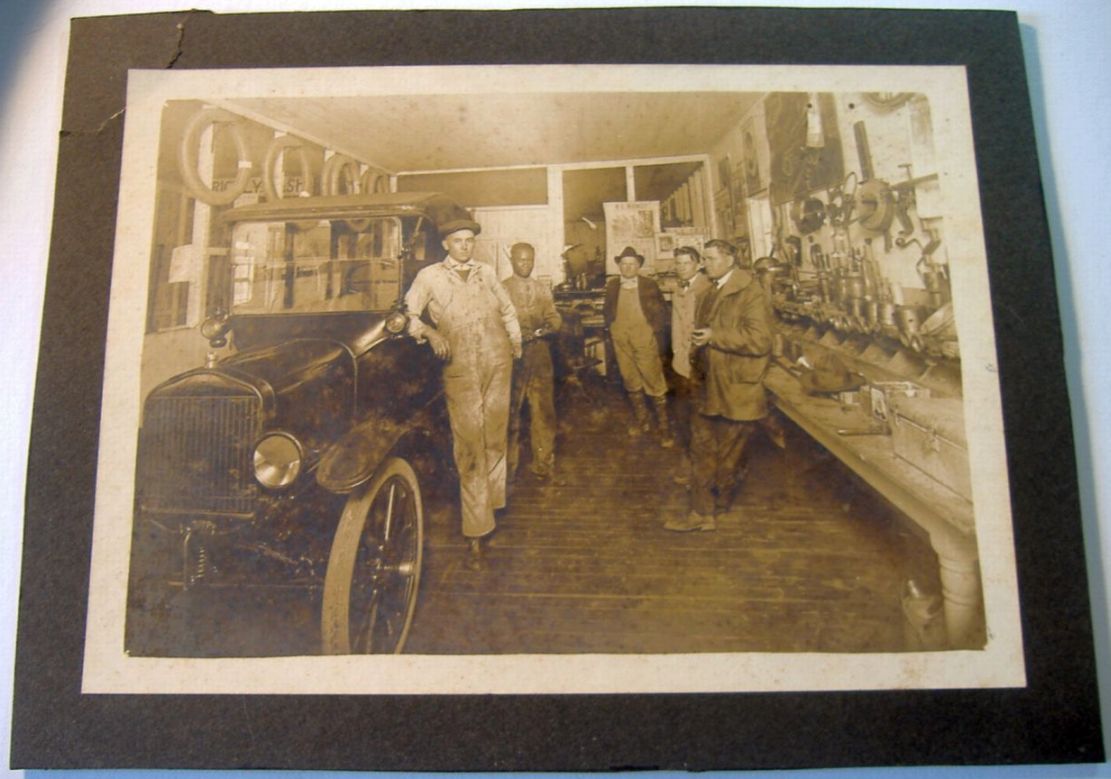 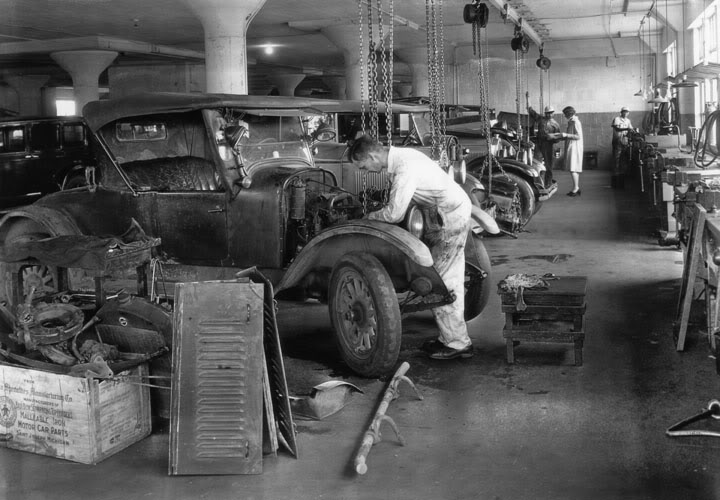 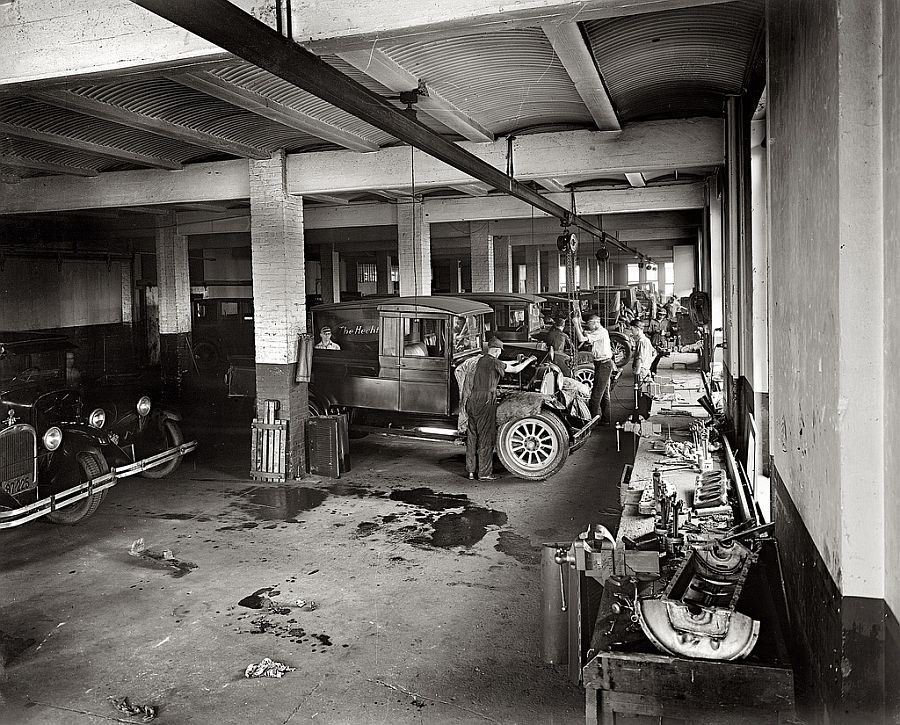 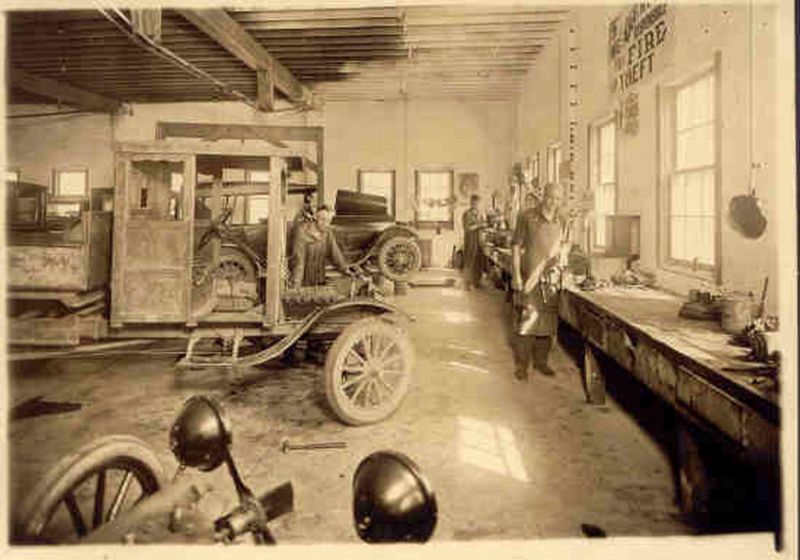 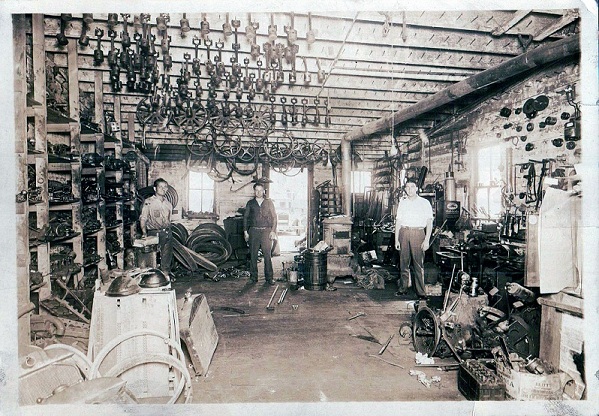 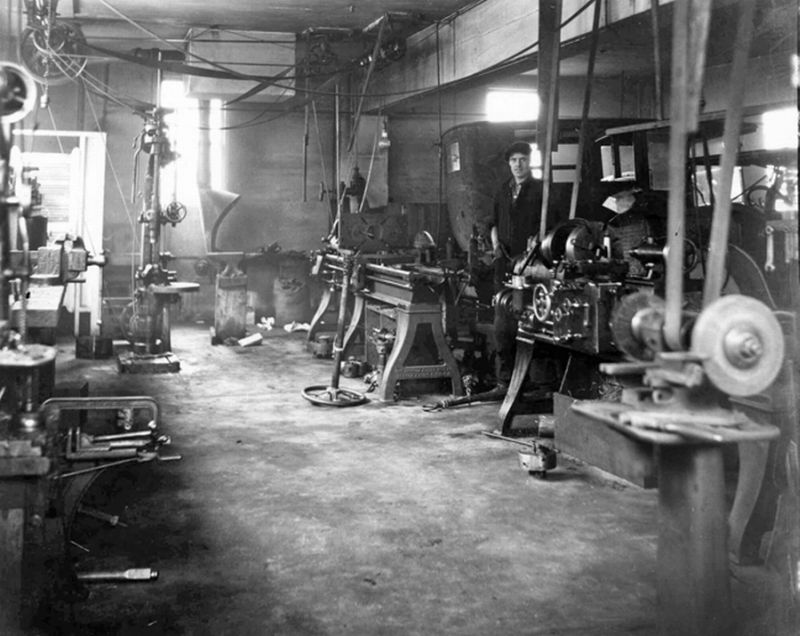 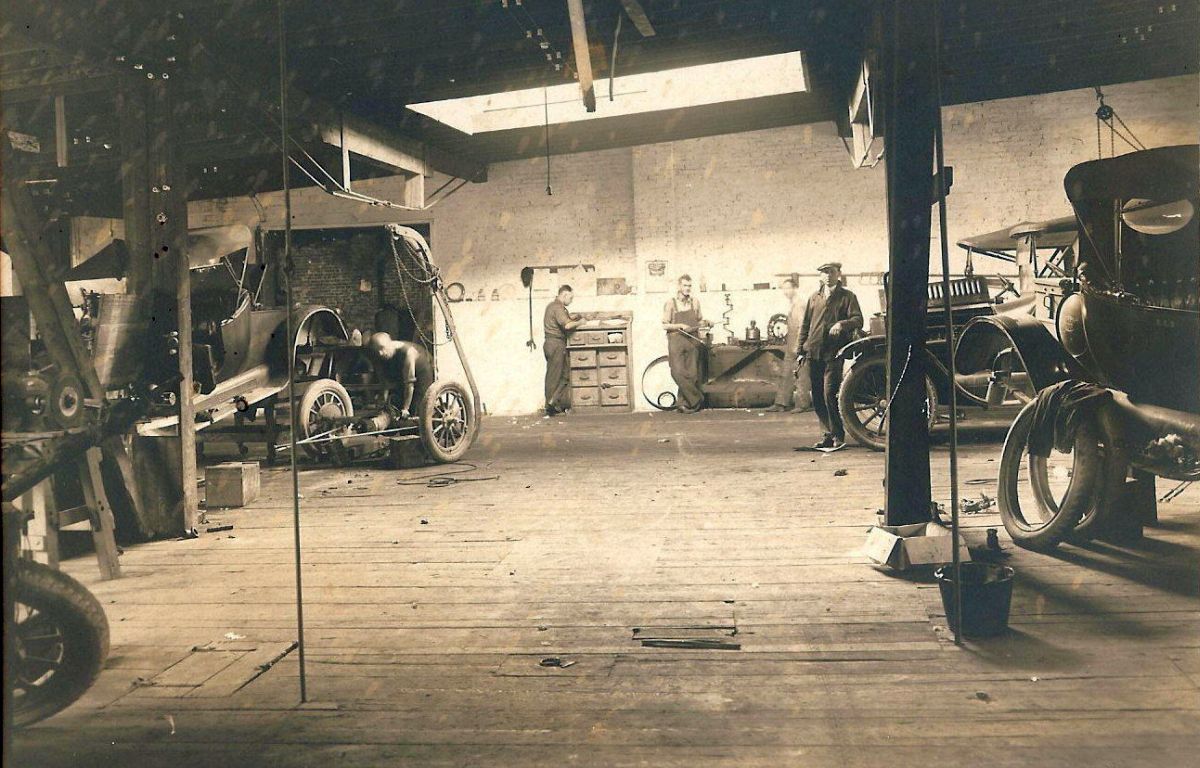 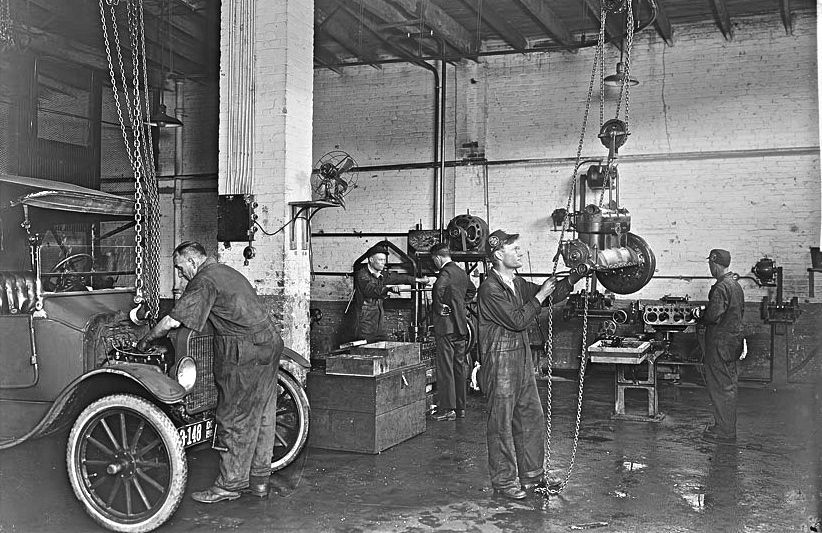 Most have lots of big windows letting the natural light in. 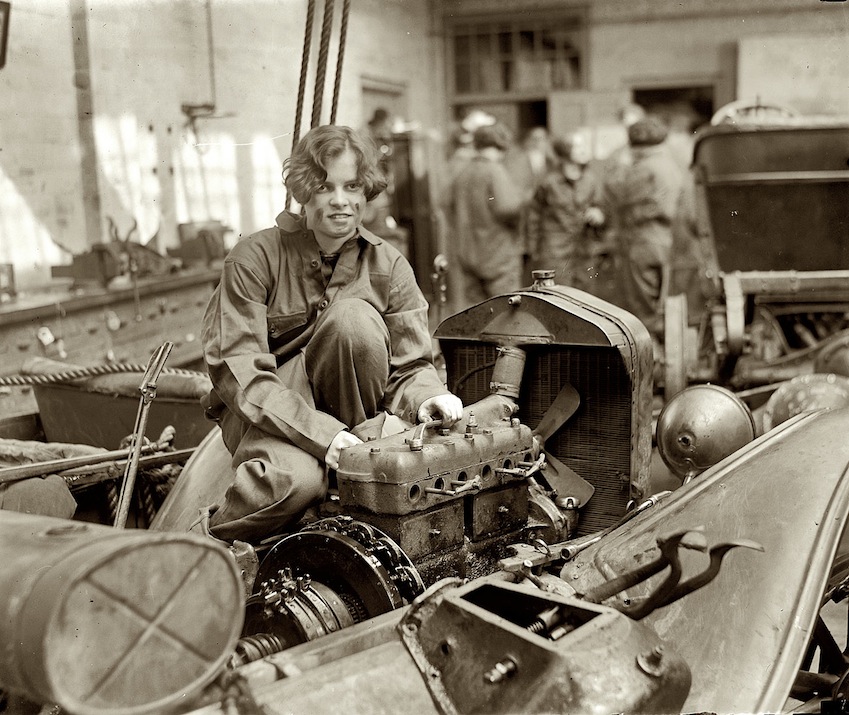 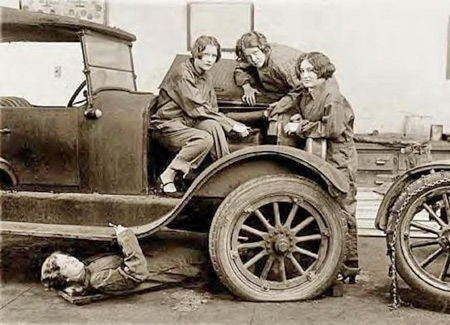 You'll need some good mechanics, too.

You may want to get the coloring right. Black and white photos leave you with some questions. I have tried. Some of these were done using some of the above photos as reference. 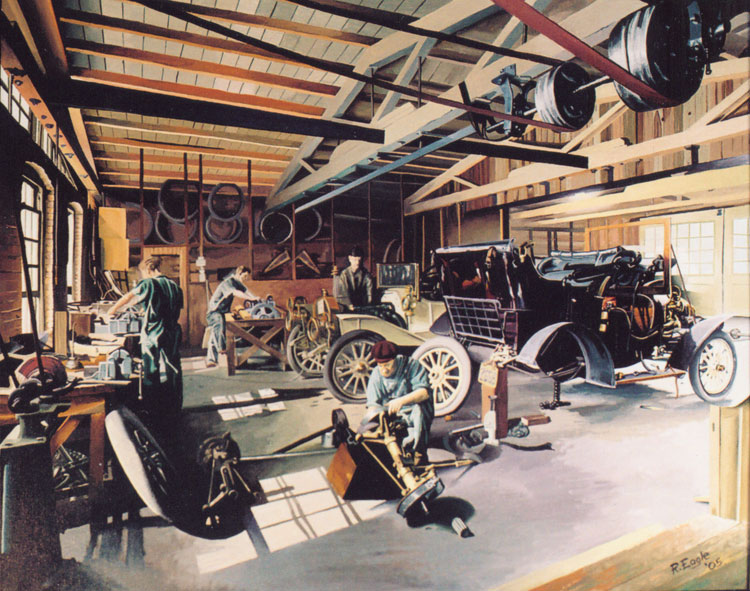 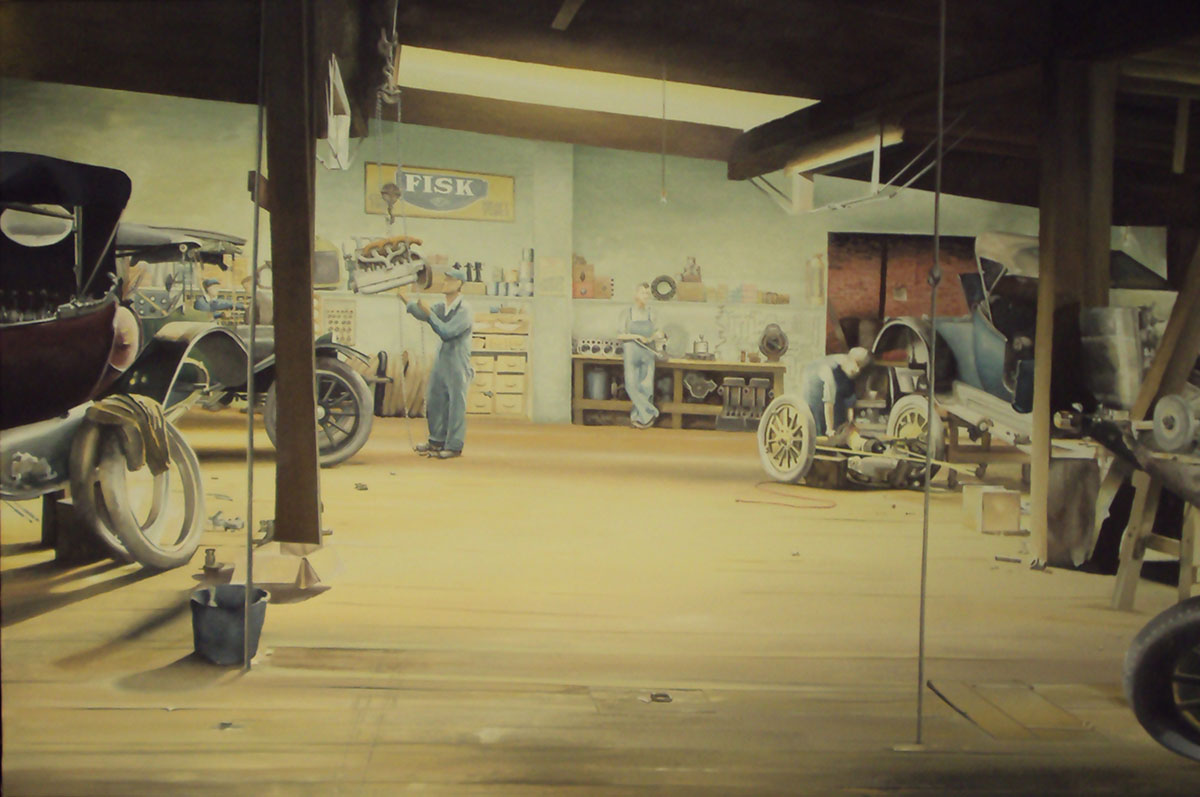 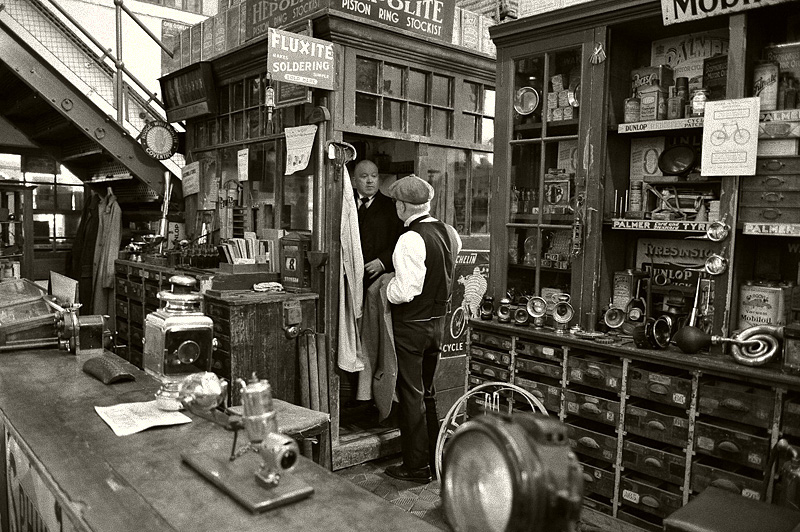 There is a fellow who passed away about 6 years ago who lived just down the street from me. His entire shop is all belt driven with all the equipment from the period. The line shafts all have bread pans below the bearings to catch oil. As far as I know that shop has been sitting idle since Fred passed. Perhaps I should contact his nephew to see if he wants to sell it.

The colored photos are really nice. People didn't "see" in black and white, so the color ones show what it was really like if you could go back in time and walk into these buildings.

There are pros and cons on the colourization of photographs after the fact. For detail, the original black and white photographs taken with slow film and natural light allow for the viewer to see the details in photograph that are brilliant. So often folks cleaning out family and business attics, the negatives are the first to be tossed, only to save a fading print.

Colorization is an additional way to view a photo, but should never be a replacement for the original image. Digitizing of original images falls into the same category. I've been professionally involved in photo preservation for over 40 years, so I certainly understand the potential for abuse. But colorizing a photo does present a different perspective for images that were made before color was available. And for that reason, I think it is very useful. Using modern digital scanning and processing, we are often times able to bring out details that are lost in dark areas of original glass plate negatives that are 100 years old and more. So I am definitely in favor of using modern technology to enhance our ability to view and interpret images, as long as the original image is still preserved in its original form for future generations.

I'm sure the comments on colorization are true. My color offerings above are acrylic paintings. It has been interesting trying to capture coloring on canvas that is convincingly correct.

Dan, where do we send our $1250.!! Great pictures, I'm sure we can use some of the ideas shown here. Dennis, I don't think we would have enough room to put in a line shaft and its machines, that would depend on their size. It would be good to know what they have. We donated the line shaft, lathe, drill press and shaper from my dads shop to an area steam organization, they were all way to large for this. Would love to have a set of drawers/display case or some signs like in Eds photo to use. Thanks for the help!

From the appearance of those old shops it looks like neatness, cleanliness & safety hadn't caught on yet. Maybe they're all pre-OSHA. Makes me feel better about my shop.

The Western Antique Airplane & Auto Museum (Hood River, Oregon) has a working auto shop area that is pretty much period. They also have a parts department on display, complete with antique cash register. I could stand and stare at those displays forever.