"Dan, Did ya get a picture of that 1916 roadster? That was the one I got a ride in. A buddy of mine picked that one up on the way to the show. Kind of an odd story how the last owner was hit by a car. The car was pretty much all original and my buddy had managed to get it running in the time that they were there at Hershey."

Here are the pictures I took of this roadster. 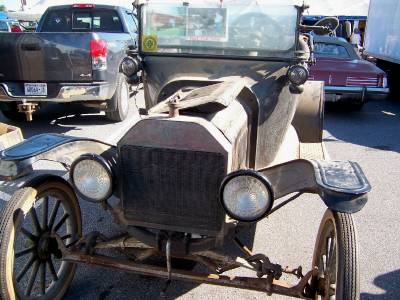 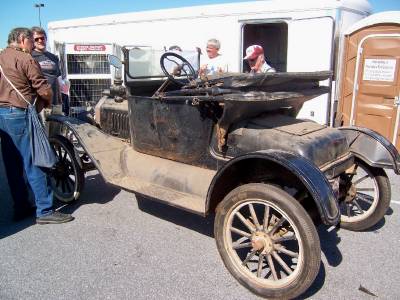 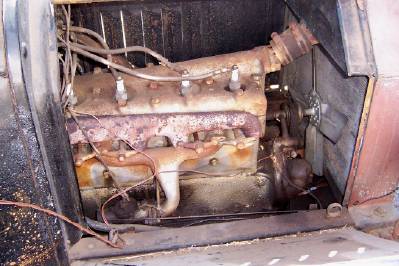 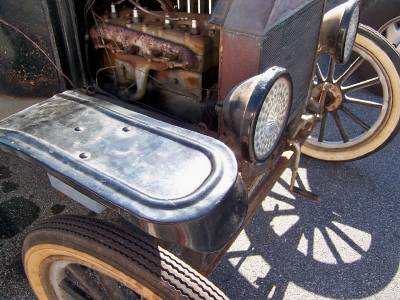 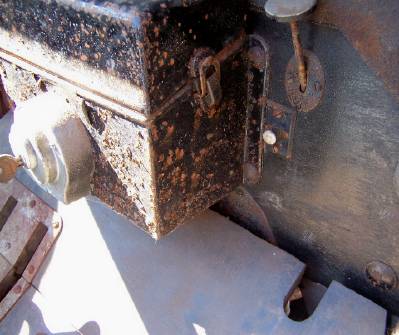 This T was repainted by brush back when put away, just like old cars where done. The chassis is untouched, still had the original muffler, (exploded shells too!),with remnants of the asbestos wrap around the outer shell. Real nice complete old '16.

Notice the floorboard has a notch for a speedometer, but was not factory equipment by then.

Here are a couple more views

Close up of motor and chassis underside 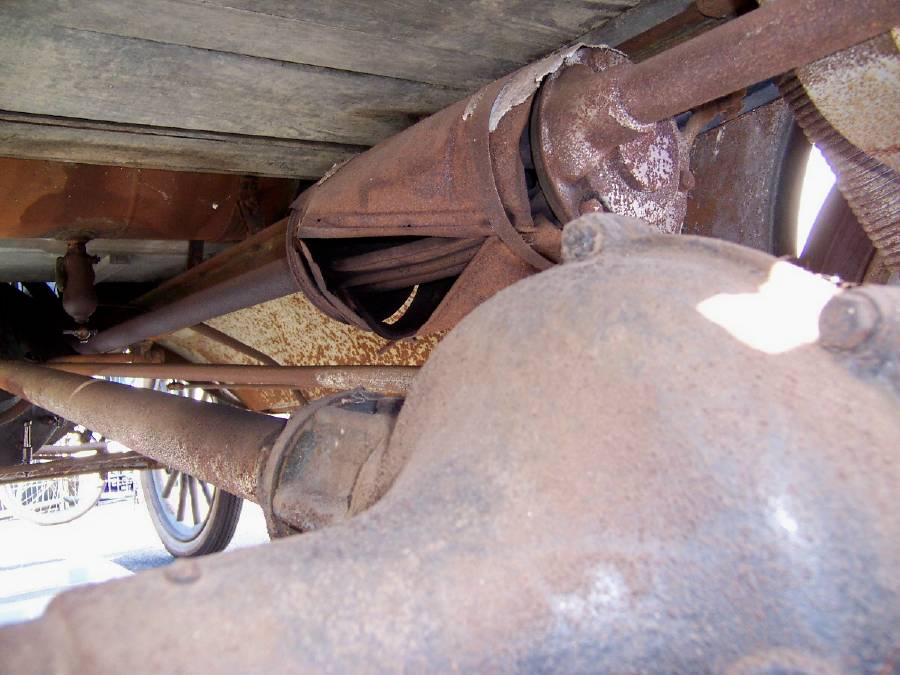 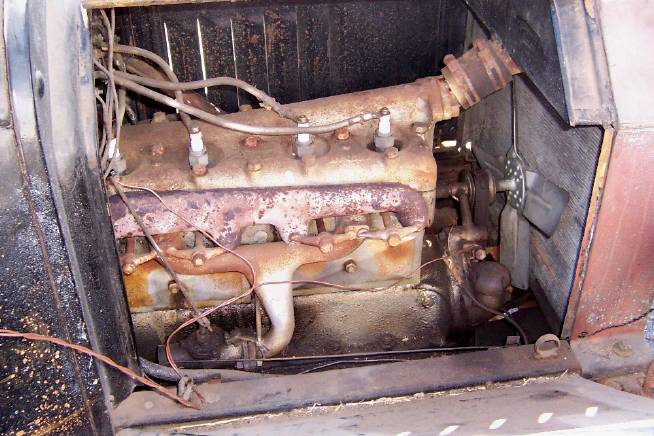 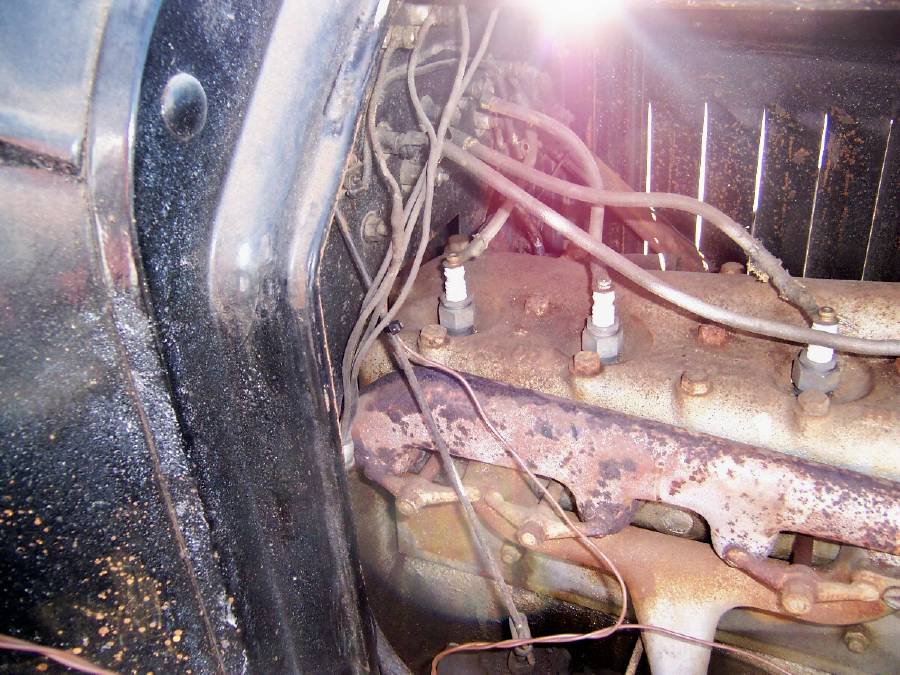