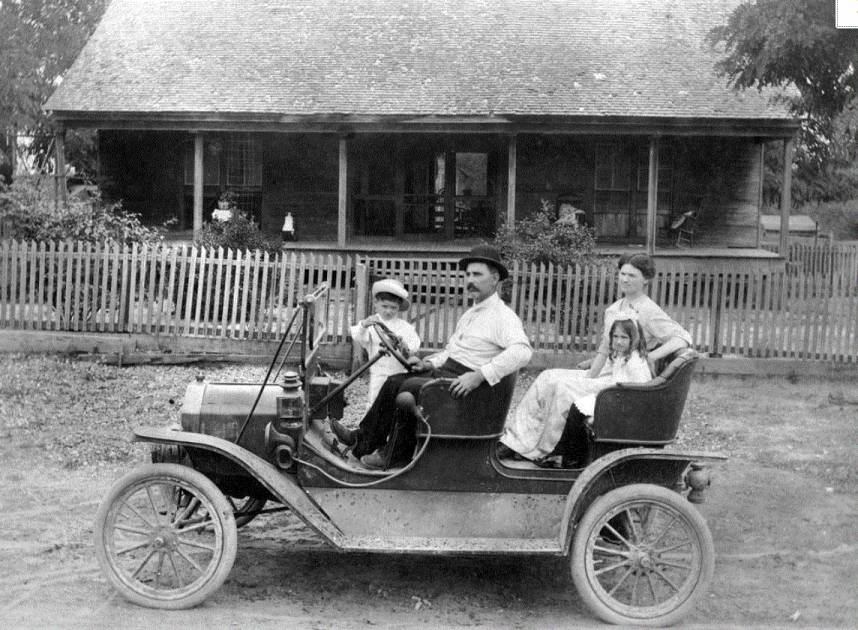 That's not a happy looking bunch!!!

So would this be an '09 with the three tier sidelights? The taillight appears to be a non-standard variety.

It's my understanding that the Tourabout first appeared as a 1910 model, notwithstanding that it may have been physically assembled in 1909.

Perhaps, as with Model K and S before, "tourabout" Ts were built, either at Ford dealerships and/or branches, before the body style was adopted by Ford Motor Company? This Model K was a new 1908 model, still owned by the Oklahoma Ford dealer, when it made a mud spattered run to Kansas City in September 1908: 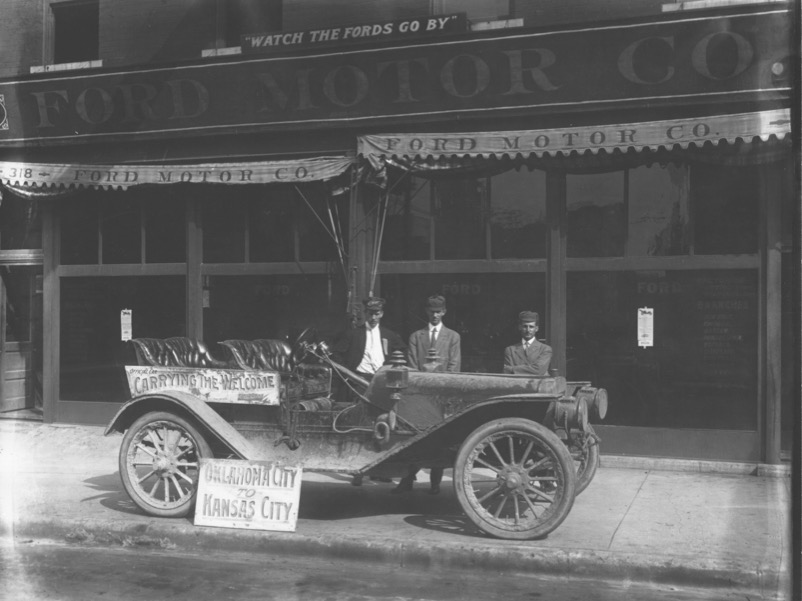 This is a 1911 ad for a Model S, with both the single rumble and a double seat. I have no idea if it was purchased that way, but considering the Model K tourer, I would think it was possible:

My guess is it's entirely possible (probable) Model T roadsters with a second double seat may have appeared before the tourabout body style became an "official" offering. The test will be to find photos or descriptions of 1909 tourabouts before the summer of 1909.

They're watching black clouds rolling in and just remembered they have no umbrellas and no top.

The fenders and running boards make this a 1910 Model T. The headlamps and tail lamp and windshield all look odd, but this being a pretty old car, they may have been replaced over the years.