Is there a more durable alternative to the rather flimsy muffler wrap material offered by the suppliers? Possibly any real old stock asbestos sheet material available? Scot Taylor, email: roadster@olypen.com 360 460-7500

It's out there, just have to do a lot of hunting & get the word out. When you find it you will need to wet it and pat it down to get it plyable again. It will come back to life no matter how bad it looks.

Scot, Question, Why do you want to wrap your muffler? If its just to help cool things down some in the car I suggest going to a speed shop and buying exhaust pipe wrap. I have my entire exhaust system done in two layers of wrap and its helps keep the floorboards nice a cool.

Yes, it is made by Fiberfrax. You can get it by the foot from Vintage Steam Products.

Ward thanks for the lead ! 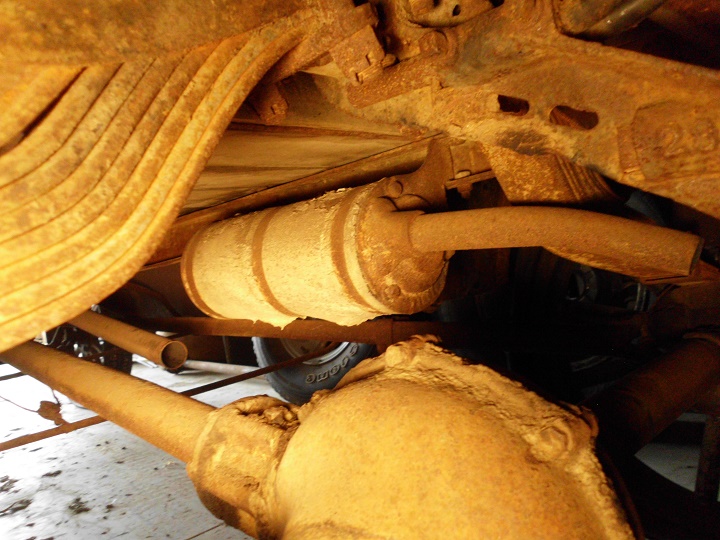 Will,
Some of the early cars had a wrap around the muffler from the factory like my 13 does.

Thanks Bob, See, Im never to old to learn something new! Who says ya can't teach old dogs new tricks! But then Im still trying to teach the wife how to fetch my tools! Been at it for 30+ years. She told me what I could do once but I don't think it will fit!

For those who have wondered about the correct muffler to frame bolts, wonder no more! The cotter pin doesn't show up in that photo. Also, it appears the tapered pipe may have been replaced.

This is a photo I took of Kim Dobbin's 1912 touring showing the original muffler wrap: 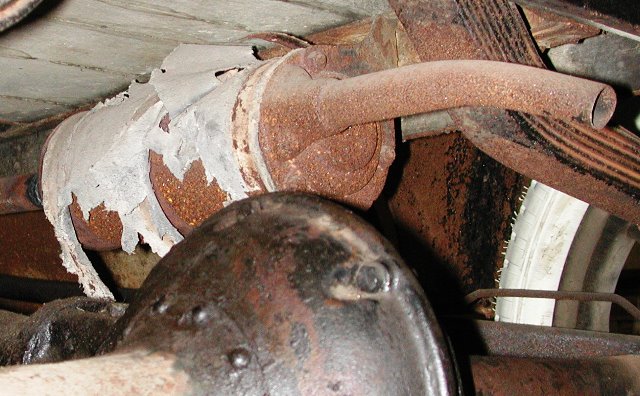 Thanks RV, most appreciated.

i rapped a muffler with some new asbestos stuff & when it got hot it stunk so bad we had to stop and rip it off or you could not stay in the car. charley