Hey does anyone have pictures of modelt/old cars that have painted writings not them? I believe most of them were jokes. I'm trying to get some inspiration for my t in our wedding coming up. Thanks for sharing if you do!

If you are putting graffiti on the car for a wedding, I suggest painting "JUST WORRIED!" (a play on, "just married") on the back if it is a touring. (I actually saw this painted on the back of an unrestored 1916 touring about 30 years ago.)

Here is a "modern" version of your request - this car was restored by Keith Lindberg here in Minnesota. He is in his 80s and I don't believe he still owned the car when I took these pictures four years ago. Note that he even painted around the front wheel hub.

Here is what he painted passenger side of the car but is hard to see in the first photo:

Rear fender: "This car was made in Lower Slobovia"

Around front hub: "Keep away from shiny hubcap"

On top of radiator shell with squiggly arrow pointing at radiator filler neck: "Mop up all spills"

Front of car frame, to left of hand crank: "Wind up daily" 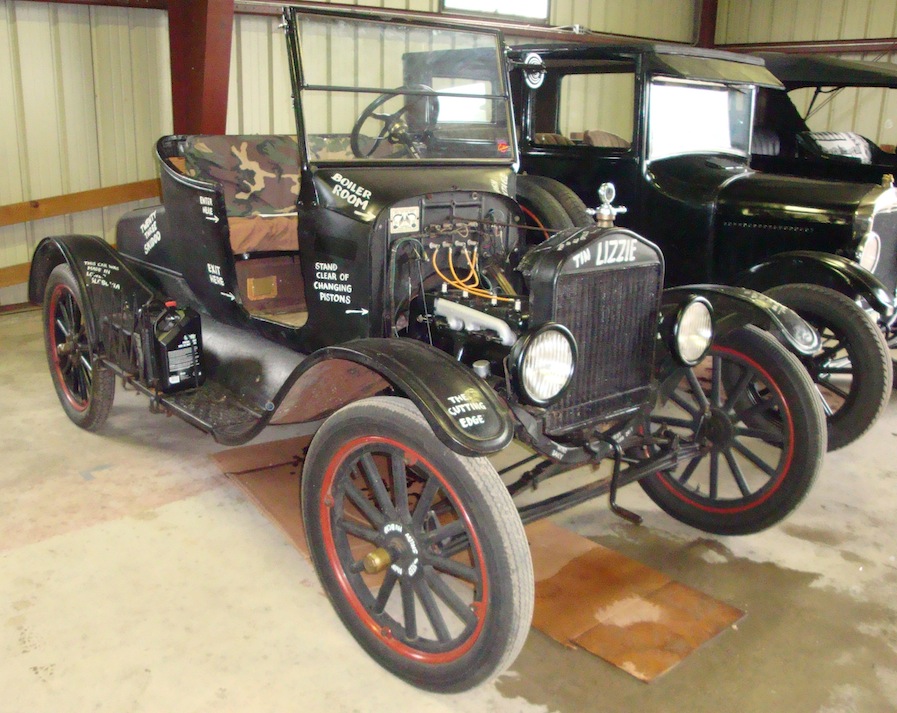 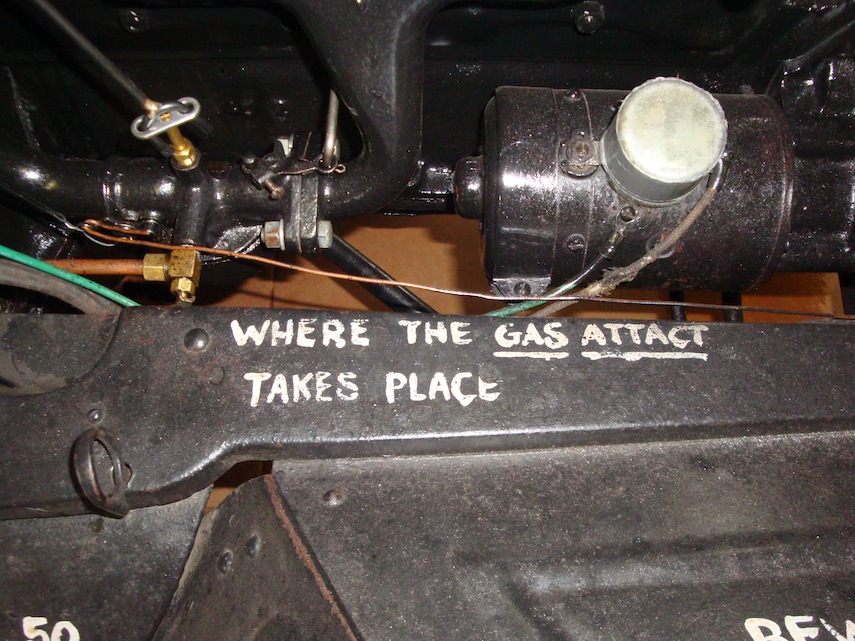 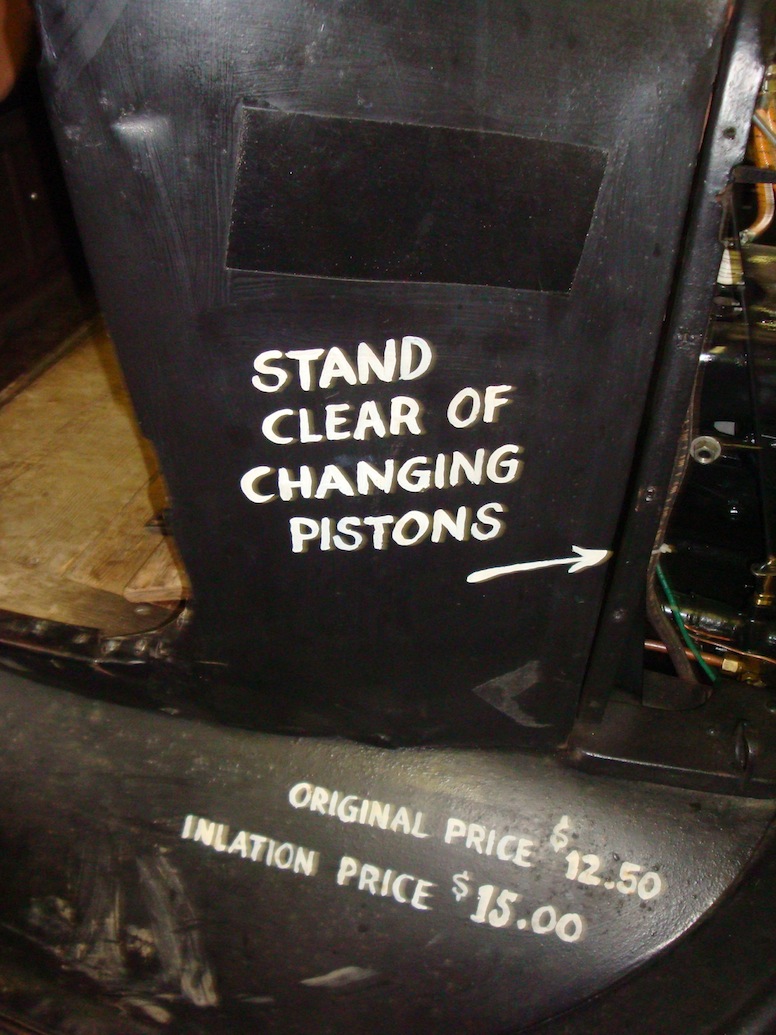 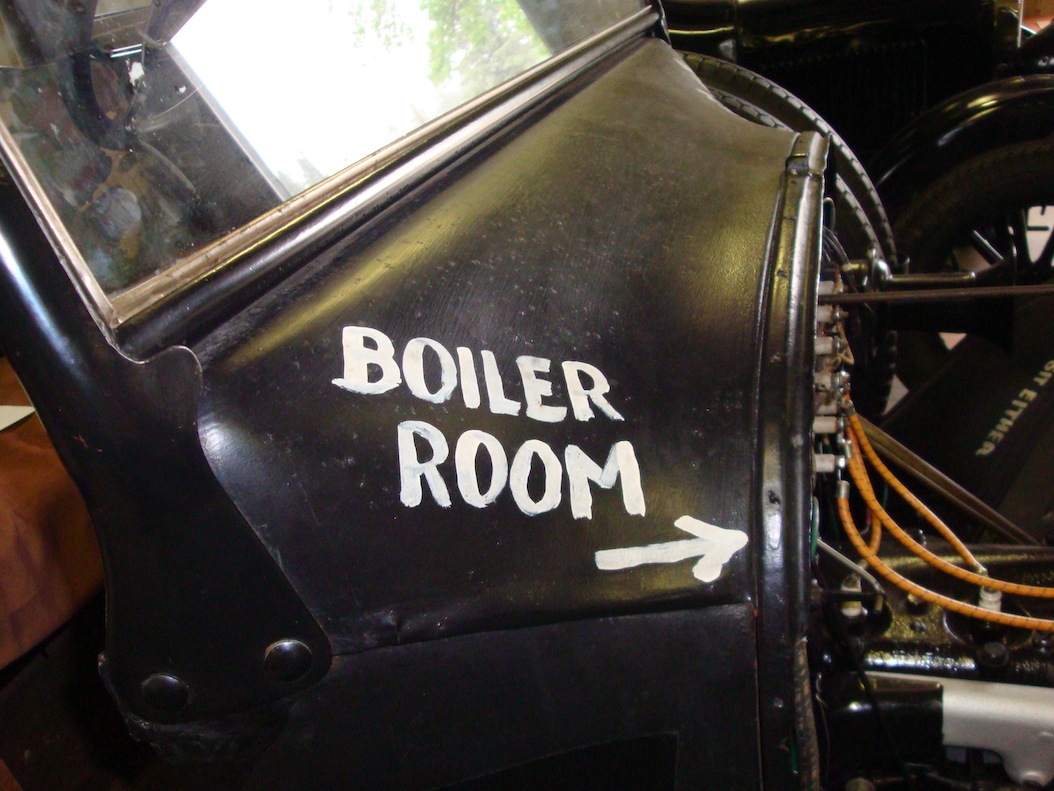 I've also seen "Oh, You Kid!" (whatever that meant!) in period pictures.

My TT wood cab had poor looser painted on the back with a brush.

Another one I have seen, appropriate for weddings, is "enter here, no exit", usually on passenger side.
I have seen several cars done this way, but don't have copies of any pictures.

Awesome, I like a lot of these. I may use some of them. Of course I like the "excuse my hot air"

It's not paint but it's 1920 Buster Keaton from the movie Week One. 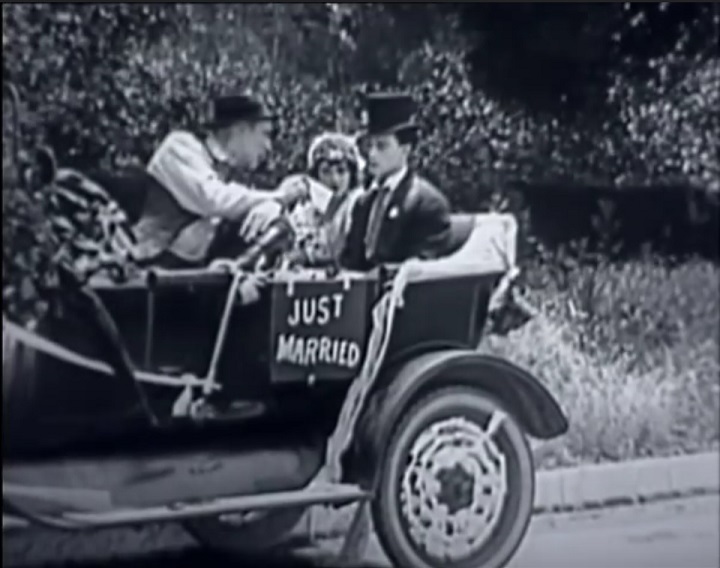 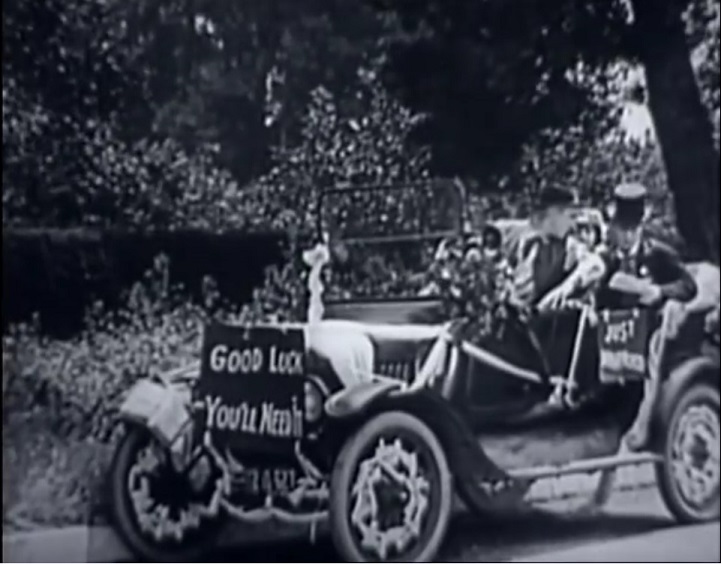 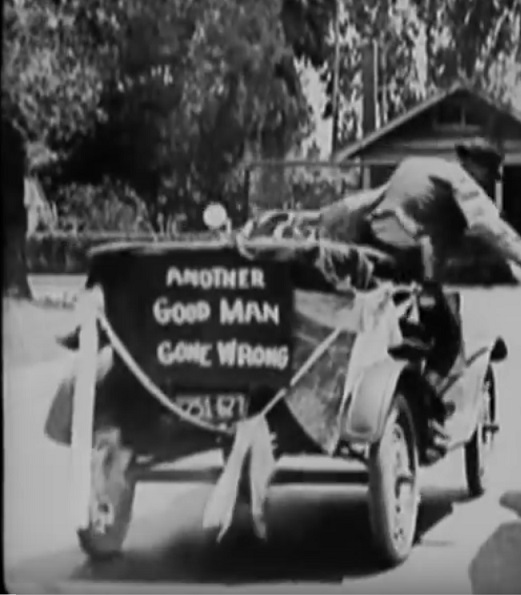 Here is a photo of my Aunt Mary climbing out of a friends brass radiator speedster. I think the photo was taken in about 1923. 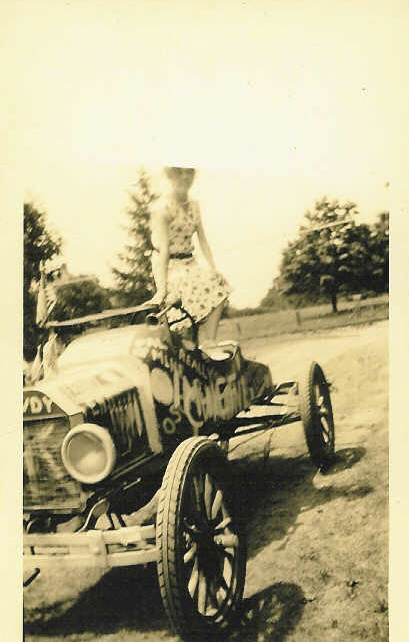 I saw a '26-'27 turtledeck and body 9 tenths buried in a creek near my house in the mid '60's that had "CAUTION! HAIR BRAKES" painted on it. I always thought that was appropriate.

I've given my wife a card that says Happy Adversary Day with her flowers for many years.
Oh wait, that's next year for you. ;-)

Love all these pictures!