Does anyone have a picture of a typical carburetor setup on the engine of a '25 T? I have a roadster Pickup I am bringing back to life as a retirement project. The car I have has no carb rods attached and I am learning on the fly. Is there any resource that has picture references for me as I learn?
Thanks all.

Here is a pic of the Kingston L4 on Betsy, my 1924 cut-off touring (now a pickup). A 1925 with a Kingston L4 or Holley NH and the early style choke linkage would look the same. 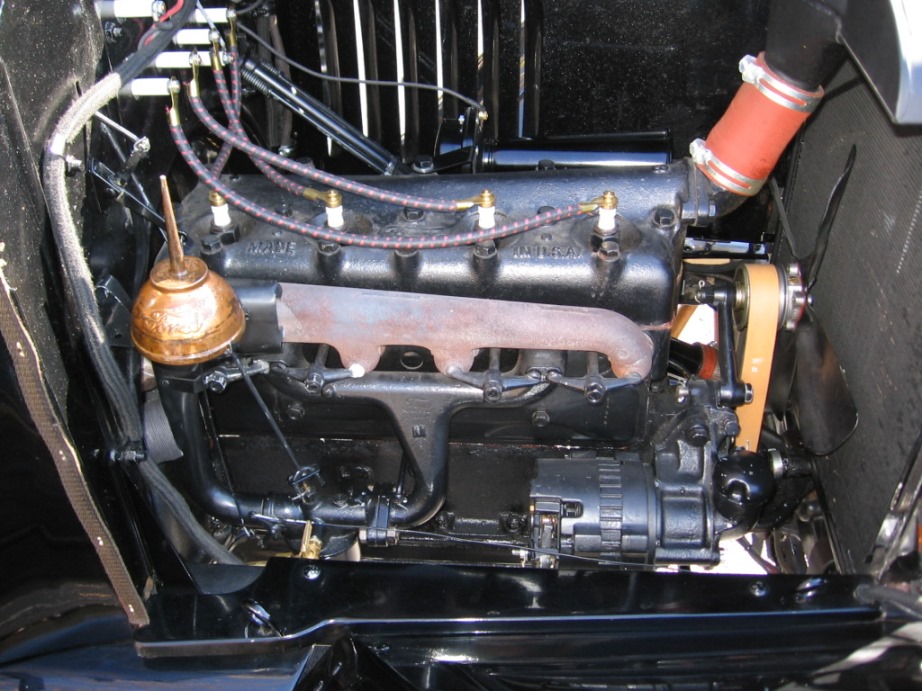 Some time in 1925, Ford switched to the combination choke/mixture rod setup, which used a universal joint at the top of the mixture screw: 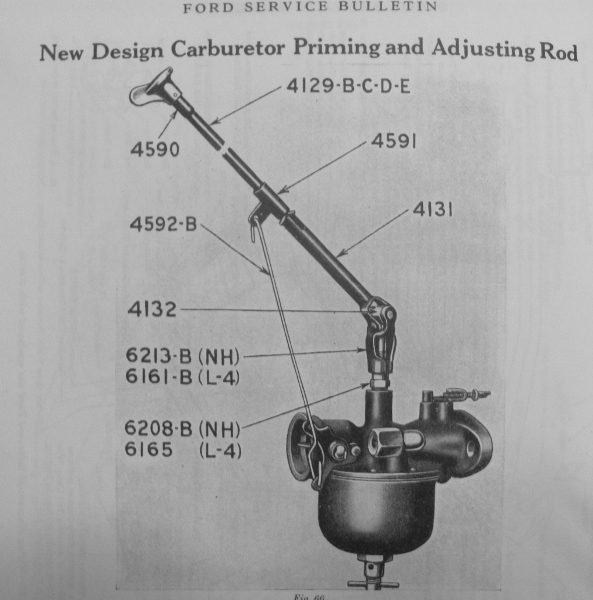 Below are photos of an unrestored 1925 with the “U-shaped” carb adjusting rod and a non-starter engine: Photos form the Mar-Apr 1988 “Vintage Ford” used by permission to promote our club and hobby. 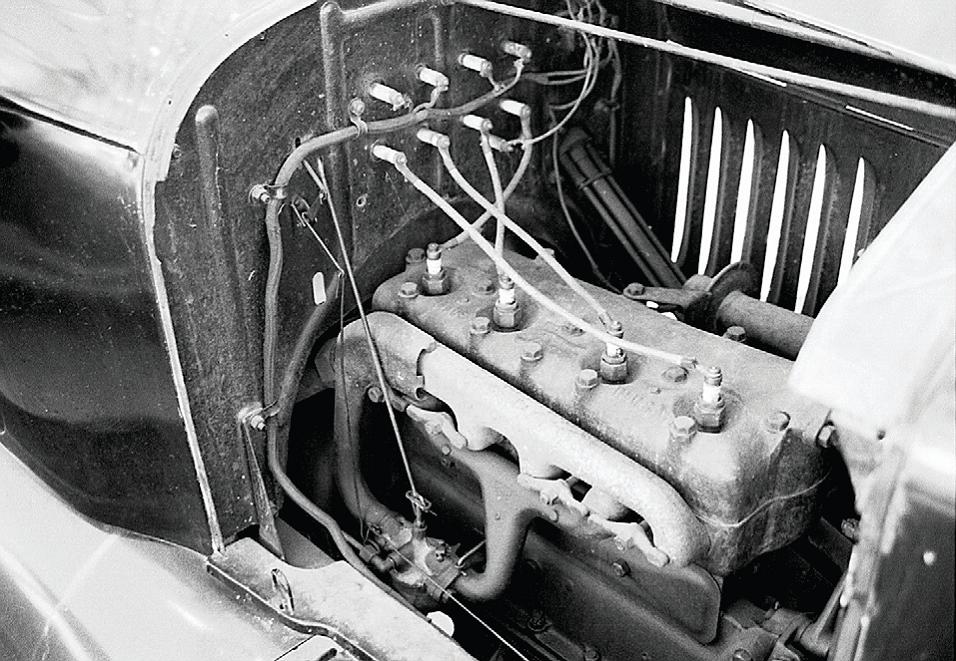 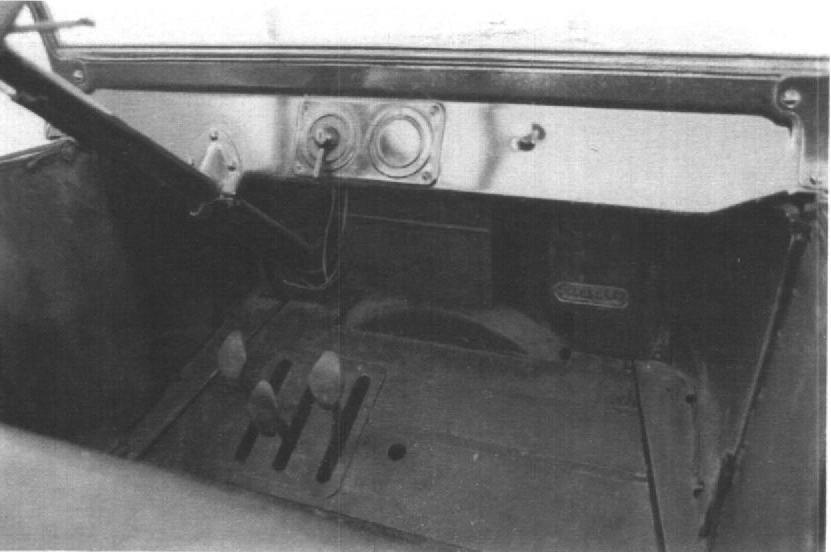 I’m 90% sure that the Service Bulletins are available on line – but I am not finding the link right now. I look some more later. They and/or the Ford Service would most likely have illustrations and/or photos of both style setups.

These pics do help. I went back to my T and understand more about the carb linkages now.
Thanks all/

Dave,
As Hap mentioned, later 1925 carbs may have the combination choke/mixture rod with a universal joint arrangement at the top of the carb. Both my 1925 Tudor and 1925 Touring with engine numbers of June 1925 have this type set up. The firewalls still have the older style holes but they are not used. Below are pictures of my 1925 Tudor which looks the same as my 1925 Touring. 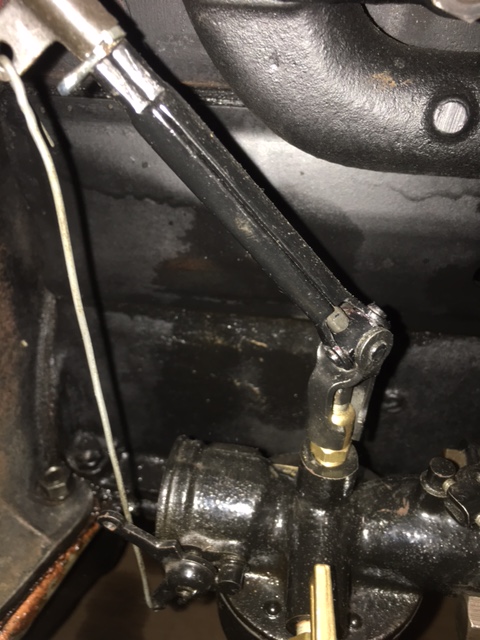 Close up of universal joint and linkage on top of NH carb.Note: on this picture the choke wire from the radiator is not attached. 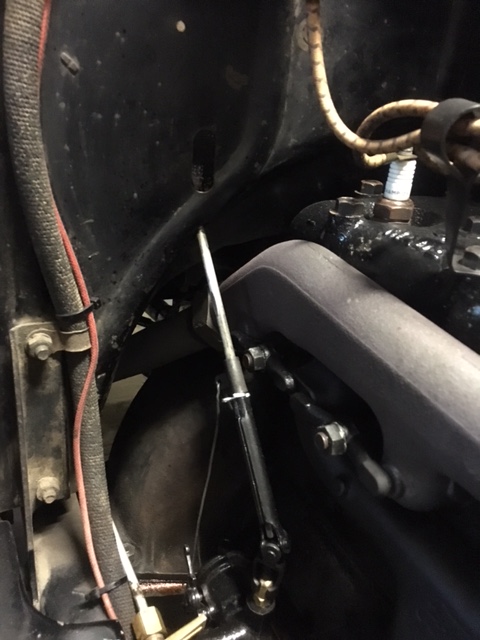 Shows rod from carb up through firewall. 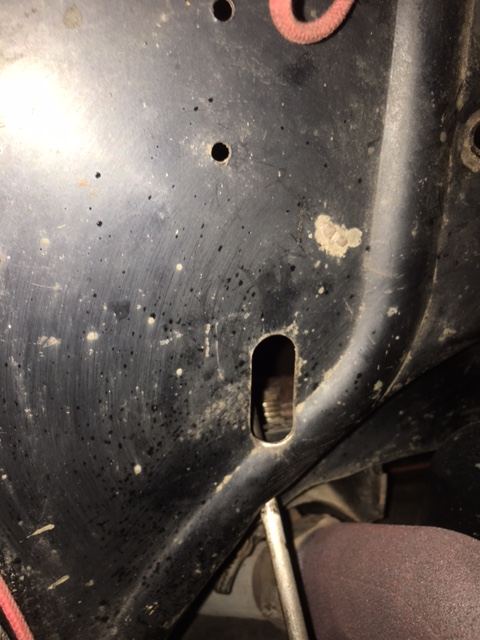 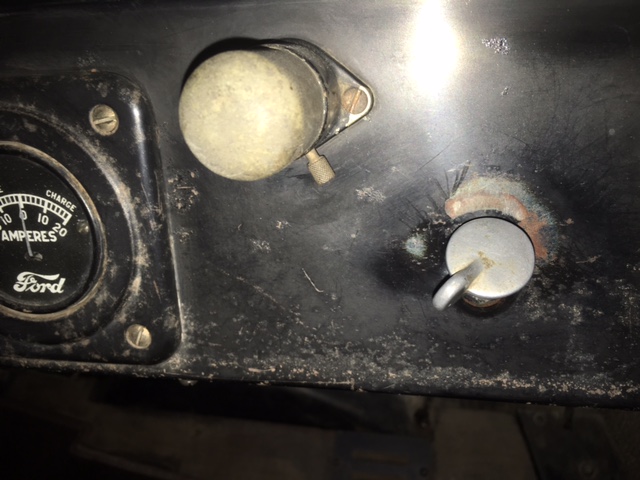 Showing top of rod and combination handle as it appears on dash.