Finally ready for the upholstery on our 13 Touring. I am not sure if the material is tacked to the face of the tack strips or under at the bottom of the strip.

To the face, not underneath. That is left bare wood except for whatever preservative you are using.

The spacing on the upholstery nails is usually 3".

Larry has FORGOTTEN more about upholstery and tops that I can ever learn!

Larry, I have seen more upholstery jobs spoiled by upholstery tacks placed like pickets on a fence than I have seen correctly done. Thank you for the 3" indication, although I suggest that on the line there would be some variation between cars and on the same car. It seems to be a universal indication, the same interval being used on the Duncan and Fraser built cars with which I am familiar here in Australia. It's funny how even one extra tack along the top of a door makes a noticeable difference.

Thanks for the quick replies and tips. I did one seat today and considering that I am reusing seat covers from a previous upholstery attempt it look pretty good.

Picturs?? I would enjoy seeing it

The featured photo in the current Vintage Ford magazine with 7 old folks in it is the T as we got it issue 53
Number 2 . I dont know how to reduce the file size.

Here is a photo of the Vintage magazine article. 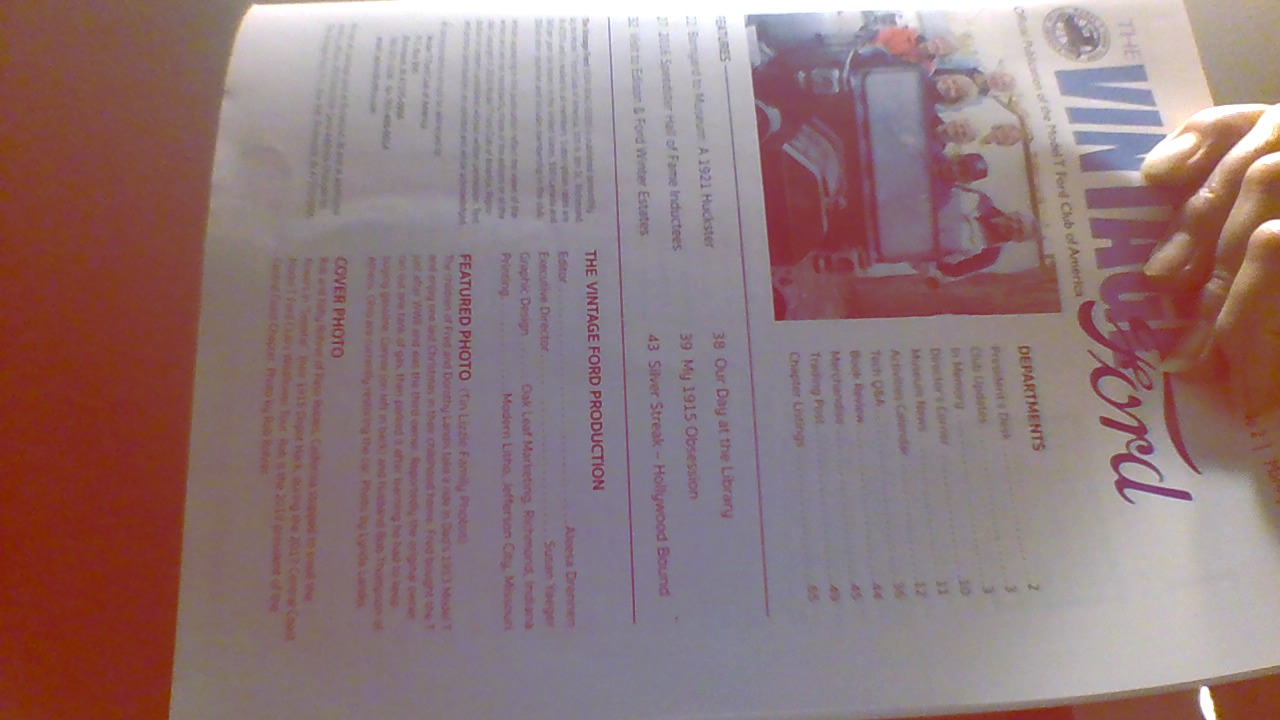 Here is a photo of the Vintage magazine article.

By the way, unless club policies have changed, there is no problem scanning and posting pages, photos, or articles from either the Vintage Ford or the Model T Times on this forum (I have asked and been given permission in the past).

Not so for the HCCA Gazette, I asked and they stated they do not approve of re-publication of their material, either in print form or on line. 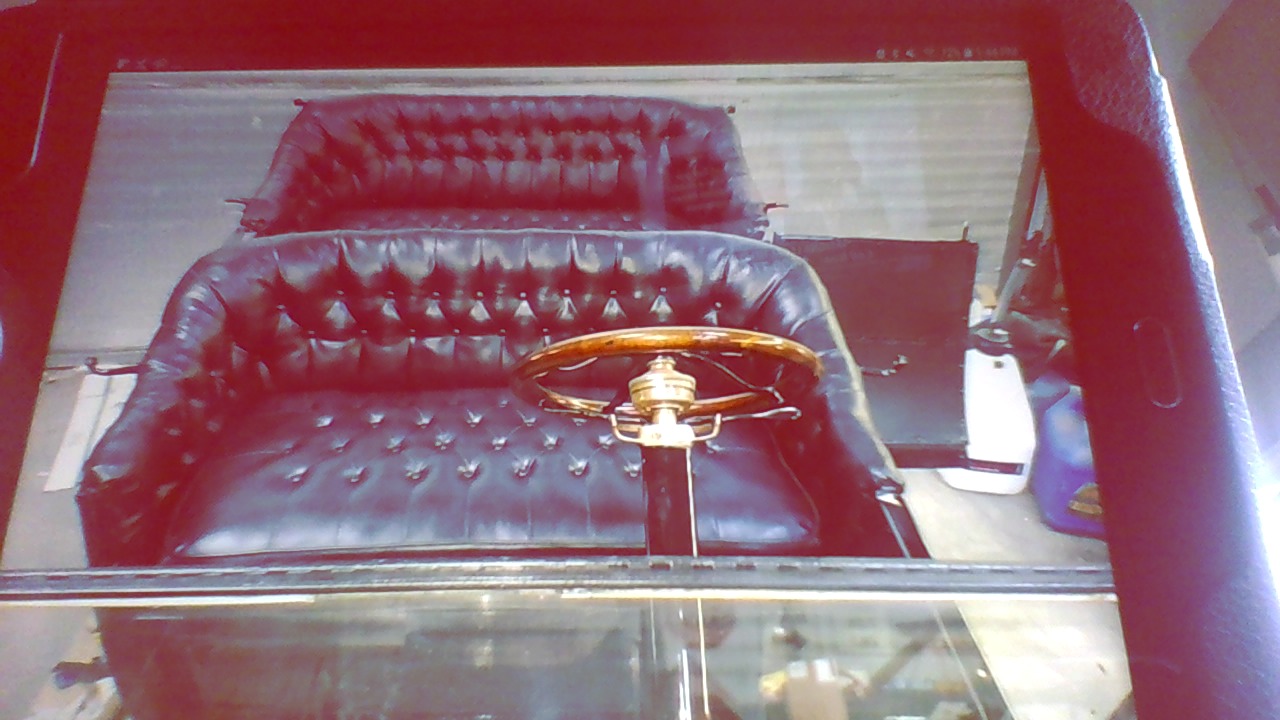 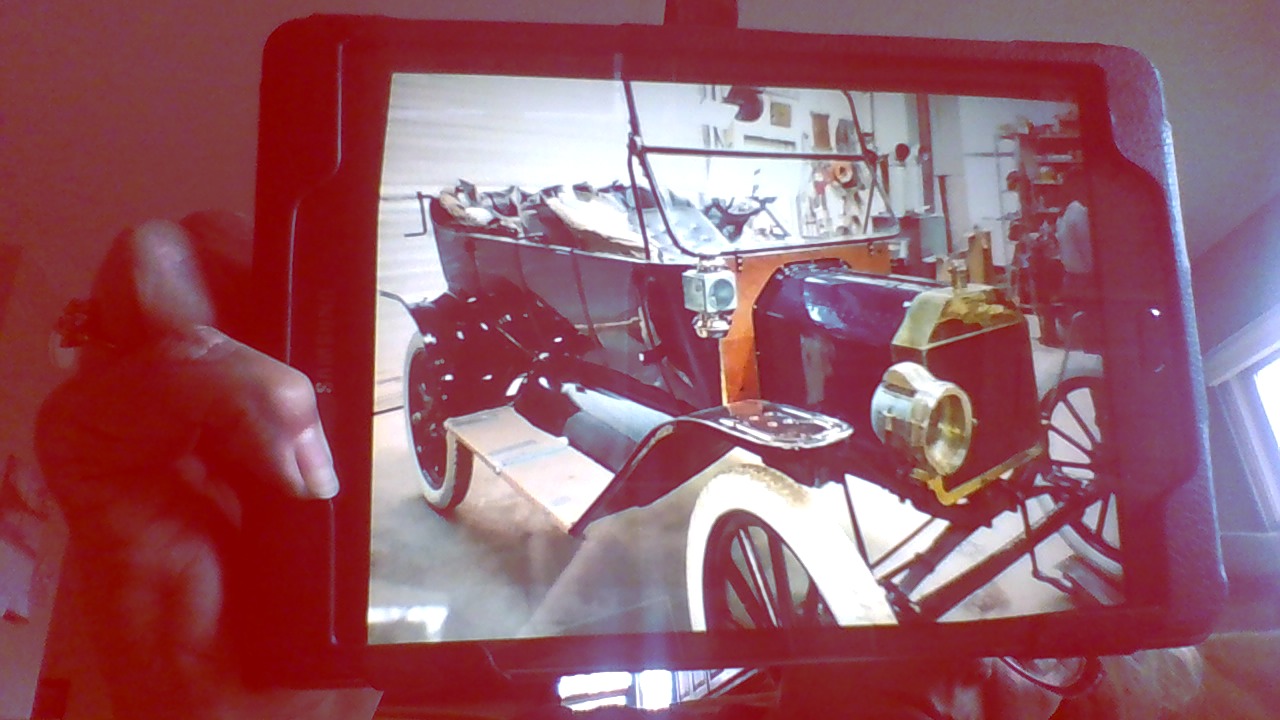