ON April 7, 1947 At the age of 83 Henry Ford passed away at his estate in Dearborn Michigan. 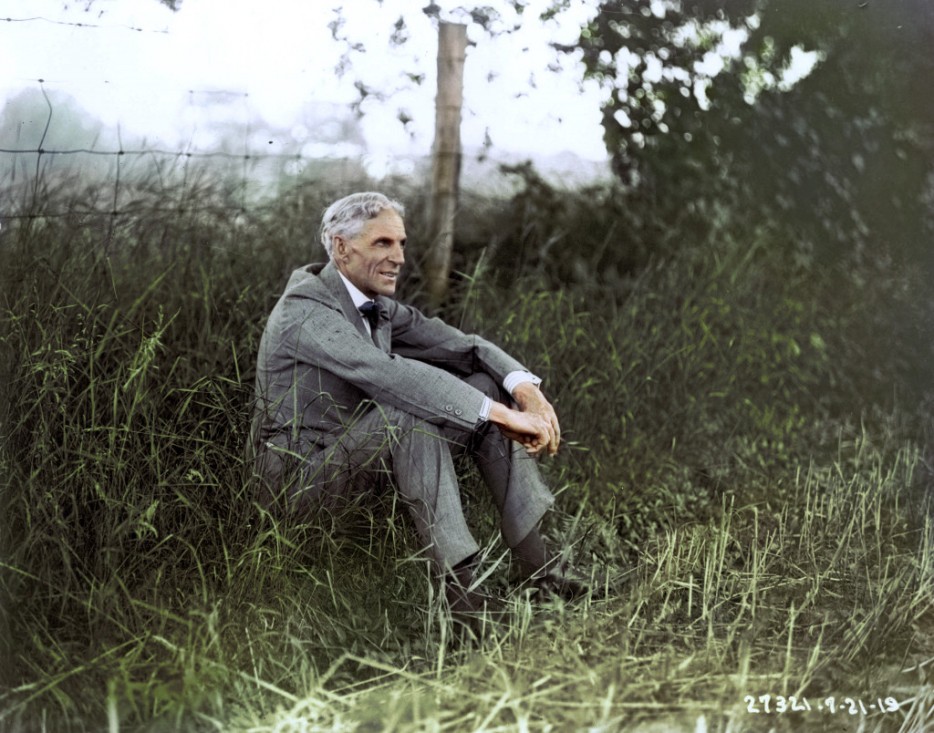 May he rest in peace. Thanks for the reminder Denny

And he rode to his final resting place in, a Packard.

Nothing beats the ride of a Packard, can't think of a better car to ride to your rest than a Packard. Probably not many (if any) high end funeral parlor's in Michigan had a Model T hearse anyway...would be considered cheap. I think you'd find them in Po-dunk towns only and then right next to the horse drawn ones. :P

Actually saw the original photos of his funeral procession from the church. They tried to find a Lincoln hearse, but none was available to get it to Detroit in time.

When I was invited to tour the Ford archive center a couple of years ago, those were some of the many photos laid out for me to look at. This was not the Benson but the Ford worldwide archives in at that time new facility in the original Ford Engineering building. I was shown a number of very interesting historical Ford letters and documents. Most which have not been seen for many years and which are kept on atmospheric vault. As an employee of Harrah's Automobile Collection I was privy to many interesting historical automotive documents, but let me tell you this was the holy grail of Ford and the model t. This was a once and a lifetime opportunity. All in all I was kept busy for a week.

I was also driven not far from Fair-lane to a small church where Henry and Clara rest. There are fresh flowers placed at the grave site every day.

If pictures were not so damn hard to post here I would have posted their gave sites. This small church is where some of the Ford family rest. It was not the church where Henry's funeral was held due to size. The funeral procession was approximately 10 miles.

An interesting fact Henry was born by Candle light, he died by candle light. The evening he died the Rouge river had overflowed its banks and flooded his power house and there were no electric lights in Fair-lane. The house was only lit by candles when he passed.

As Martin pointed out it would have been hard to find a Ford Hearse at the time.

David L.Lewis (Ford Historian) has noted this in one of the many columns he used to write on Ford History. I corresponded with him about this in the 1970's as at that time one of our Model T members here is Australia worked for a funeral company which only used Fords for their hearses,
He mentioned at the time it was still difficult to find a Ford based hearse.

A Ford hearse was not able to be found in any state close enough for it to be part of the Funeral so they went with the Packard.

For Clara, it had to be the worst birthday ever. Her birthday and their wedding anniversary were the next day, April 11.