Is anyone familiar with this brand of accessory springs? 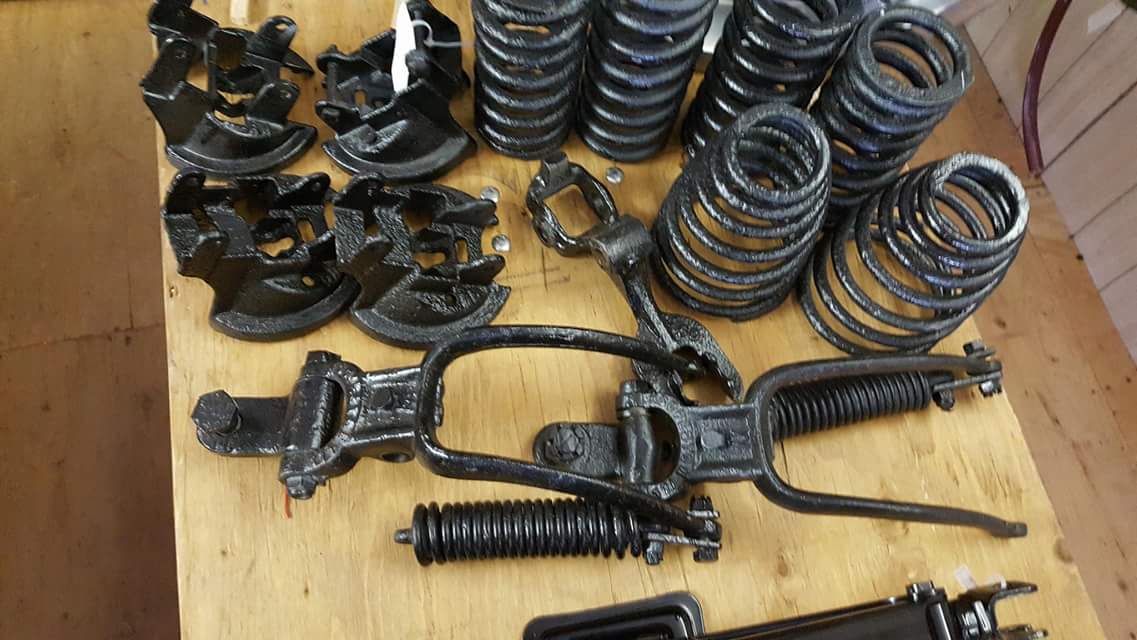 The bee hive springs and bases looks just like Hasslers

That's kinda what I was thinking. Price was right. I have to go pick them up now!

That's kinda what I was thinking. Price was right. I have to go pick them up now!

But I don’t see the arms for the Hasslers. The other ones might be more complete.
Kind of looks like two different kinds. And hard to say if either set is complete

There are parts of at least three different kinds of shock absorbers there. None complete.
Hasslers there are one front (I think) arm, two beehive springs, and four bases (I think three are for front, one is for rear).
Two nearly complete H&D type rear (I think) shocks, missing two of the springs that attach near or onto the frame. These were manufactured by at least a dozen different companies around the world. Quality and method of attaching to the frame varied a lot from one manufacturer to the next. Those look like a nice set.
The other four springs may or may not be from some set of shock absorbers. There were a couple off makes of shocks that used springs similar to those. One was very similar to the Hasslers, but used straight sided coil springs instead of the beehive style Hassler used. I think that the first series of Hassler shocks (about 1914) also used springs like that for a very short time. Hassler switched to the beehive springs I think in 1915. There were a couple other makers of shocks that used straight sided springs, including Float-a-Ford, but their springs were smaller than those are.

A lot of people have bits and pieces of Hassler shocks, so finding parts is not difficult. Finding full sets in nice condition (not on a car) is tough. Rebuilding them is not too difficult either, although the special bolts can be hard to find when you need them (they show up occasionally, and from time to time someone will manufacture a run of them).

The Hasslers are the most desirable, and most common. They work well, do not generally cause any safety issues (like several other types do), so they tend to be used on a lot of model Ts.
However, I like the H&D type, and think that those may be the best thing there.

Im with Wayne on their being three different parts of sets.

I circled in red the Hassler parts. I circled in green and yellow the other two parts of sets. Im not sure of those as to maker. 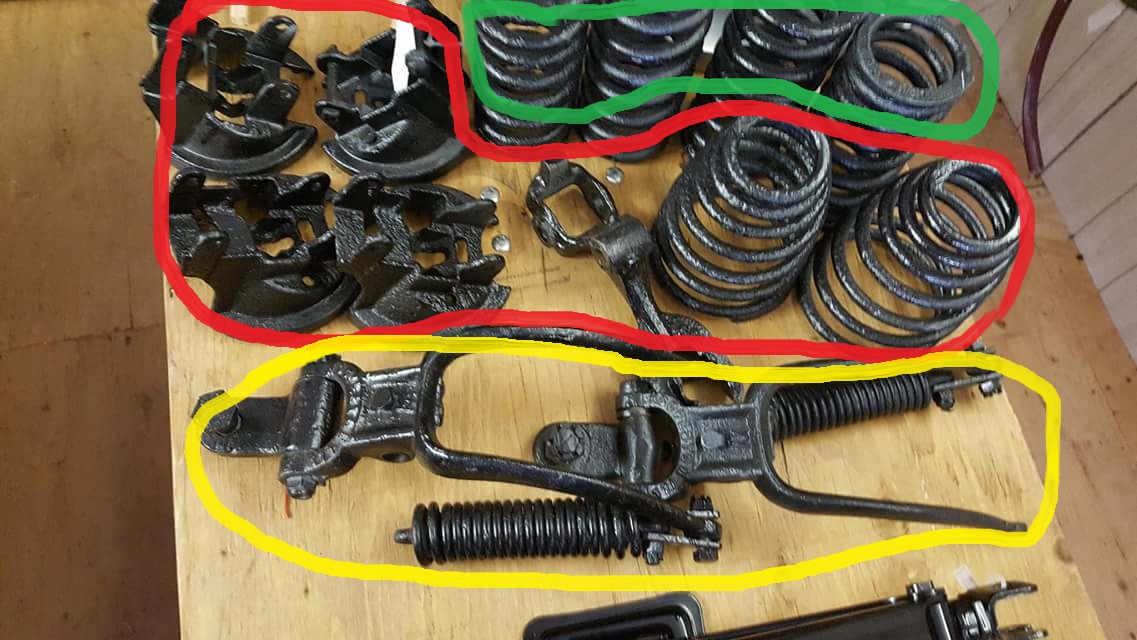 Oh excellent guys. I wasn't sure, but for a hundred bucks I figured I did ok and could piece together what's not there. Thanks!

I have H & D shocks on one of my cars and I like them. 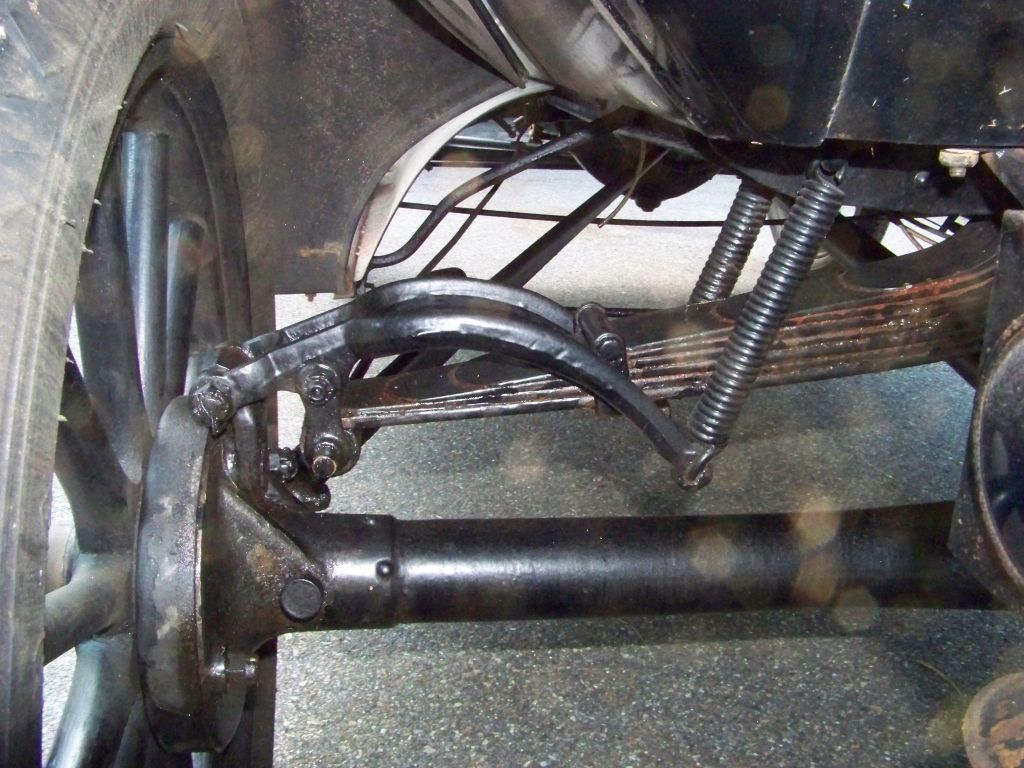 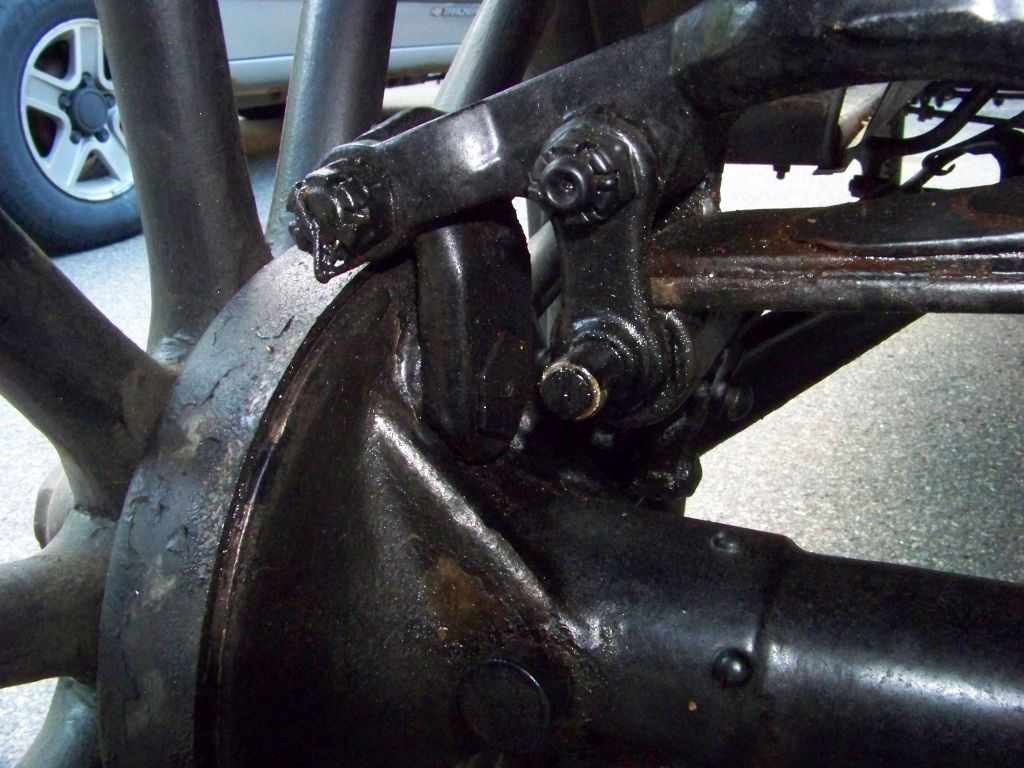 I wish there was a rear shock that would work with AC brakes.

The third is probably a version of this type. 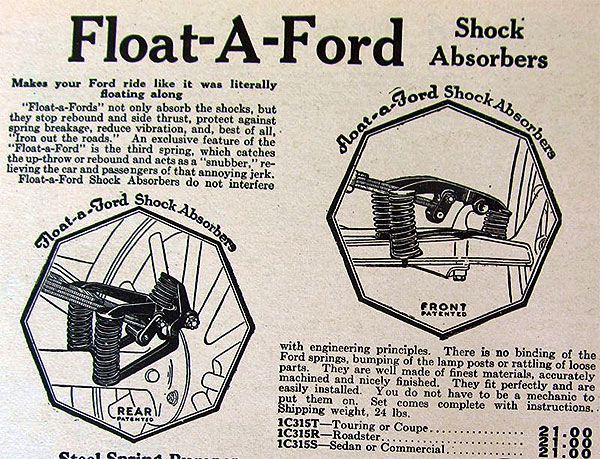 Will
Not long ago, there was a posting for a version that looked like fairly tightly wound clock springs (heavier material of course) that looked like it could work. It was a style that none of us had seen before. I have considered making a drawing and see if they could be reproduced

You just gotta love T's and all the quirky accessories made for them over the years.