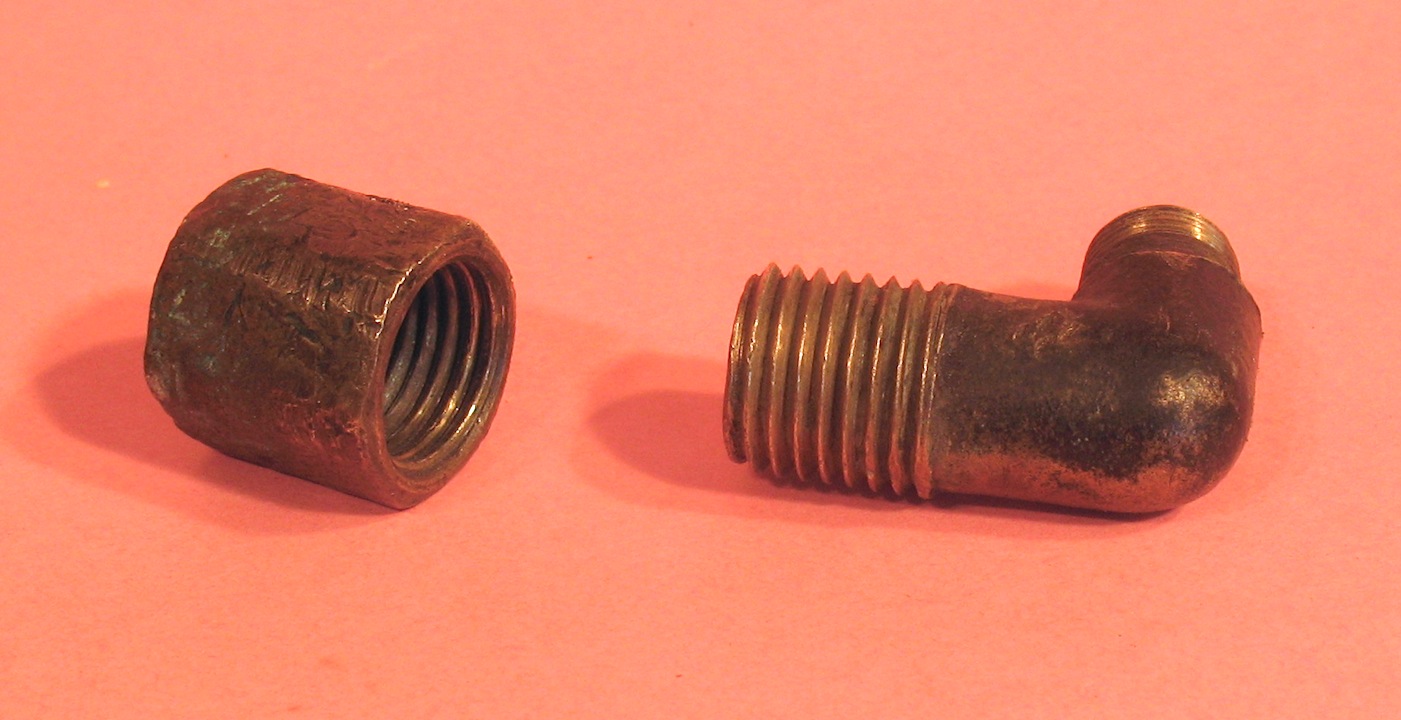 Almost every Model T from the early teens onward has both these parts. You see them all the time. But looking them up in the parts book is another story. The fuel line pack nut (#2910) is easy. It's listed with the other fuel system parts, right where you'd expect to find it. But the carburetor inlet elbow is another story. If you don't already know the part number (#6154) you're in for a tough go. The book lists it as a Kingston L-4 carburetor part! It's not shown with any other carburetor, even though most of them used it.

#6055 in Canadian parts book, but you are right seems to be only listed with the L-4

There are different variations of those and I've got a steel elbow somewhere. Here is a steel nut. 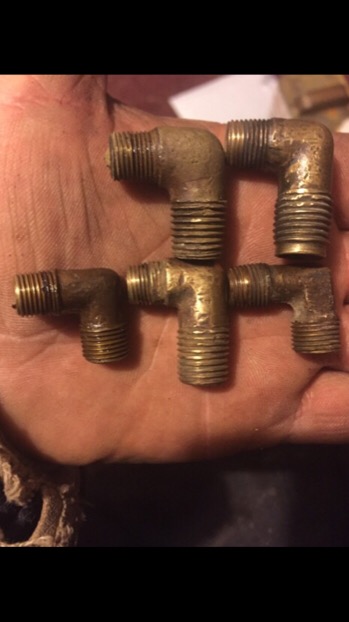 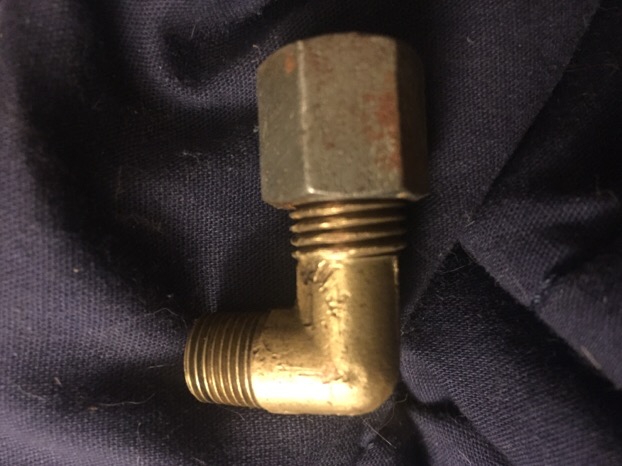 They aren't hard to find! All you need to do is look! The early version of the nut is brass. As far as I know, all the elbows were brass.

Those elbows are pictured in most all the Parts Books. The p/n is 6055. 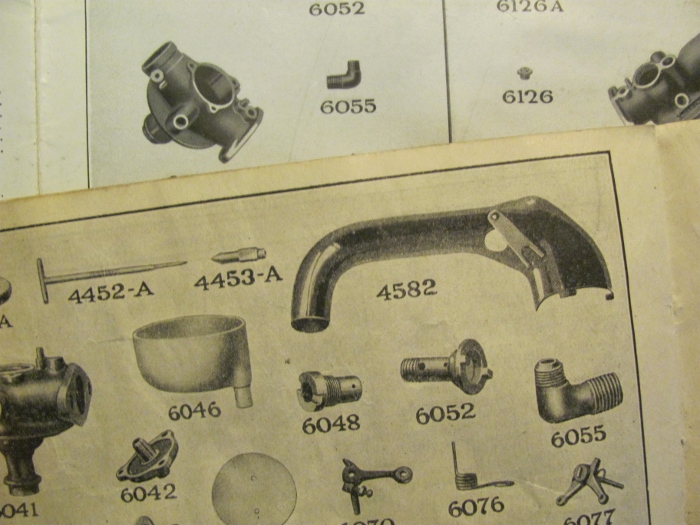 Impossible to get in my country.

Actually, any brass fitting seems to be impossible to get. They're all plastic crap if you can find one.

Larry, yes, they're quite common. That's why I said so in my post. I have a bag of them in my drawer of #6000 & > small parts. Where they're hard to find is in the currently reproduced parts book. As Corey said, some are steel (or cast iron?). This one that I recently found on an NH holds a magnet. 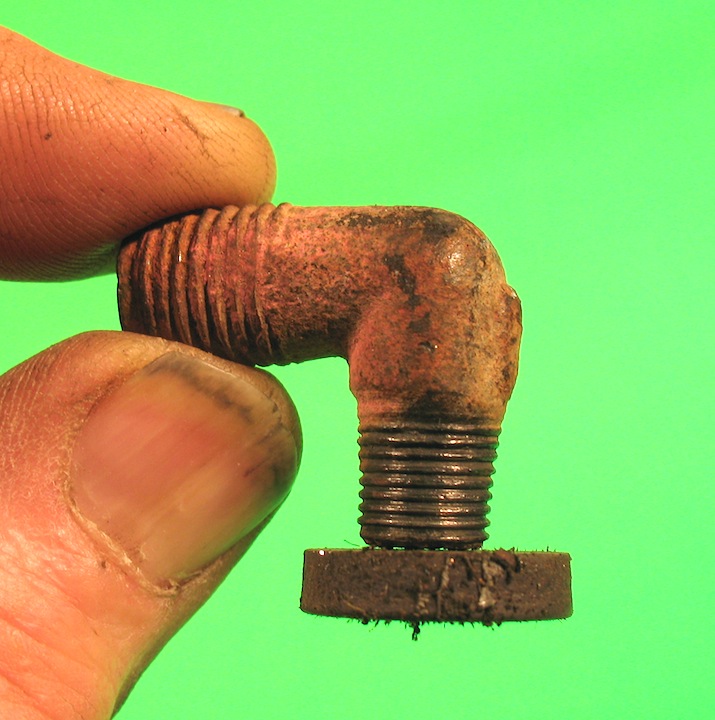 The ones with the fine thread is more than likely 7/16 x 24 which is the standard brass fitting thread. They are not standard/stock Ford.