This RPU has a brush paint job and some battle scars but is charming nonetheless. The photo’s date is January 31, 1923 and was taken in Salt Lake City Utah. 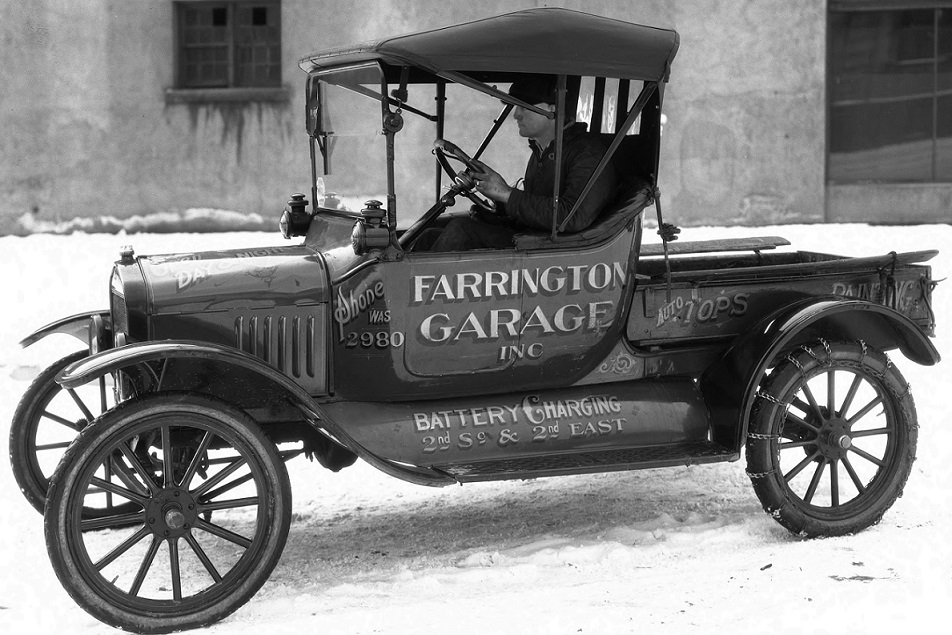 If that's a brush paint job, I'd like to meet the man that did it.......and shake his hand. If I tried to duplicate that finish it would look like I used a mule's tail for a brush!

Must of cost a mint for all the lettering and pinstripes. Great job on all the paint.

January in Salt Lake and he's driving without gloves. Looks to be a light coat he's wearing.

I wonder what the fee was for battery charging?

I found a photo of their battery repair department but the quality was very poor. The repairman appeared to have battery acid all over him but I suspect that was the chemical photo process.

I found a photo of their wrecker too but didn't post it since it is not a Ford. The paint and lettering looks like this too.

What a fantastic little truck!
I dont think anyone would complain if you posted the wrecker photograph too- theyre a matched set.

I agree with George! Wow, for a paint brush job...looks fantastic. Says "Phone WAS 2980"...but they don't say what the phone NOW IS!! LOL.
Had to beat Parry Kete on this one!

That is an exceptionally clear photo.
Thanks
Farrington did not put an ad in the "Rishel's Routes" touring guide like some of their competition did:

Tim, I got a chuckle out of the phone prefix too - probably the joke was lost on the locals ? I'd guess the prefix was WASatch-2980.

The sign lettering is remarkable, and atypical for the 1920s, likely done by a very mature hand who came up in the trade in the 1870s and 80s. Beautiful to see, thanks, Mark, for posting it. I hope you will post the other pictures, they're certain to be of interest !

I bet the car was not black, thinking red or blue? Check out the windshield wiper, looks like it slides along the glass between the two half's. It's on the far right side.

Check out the top on the RPU - it's perfectly straight & looks perfect.

They are in the auto top business so it should look straight and perfect.

However, although it's nice and tight, it isn't quite correct. There's too much gap between the first bow and windshield.

The first bow should hang much lower and the second bow should be perpendicular instead of slightly slanted and the left and right edge of the top material should be horizontal to the ground. Most likely, the rear curtain is too short and causing the problems.

Because you asked for it. Here are a few more photos and details. I added the pickup box latch and radius rod details because they interested me.
Here is the wrecker. 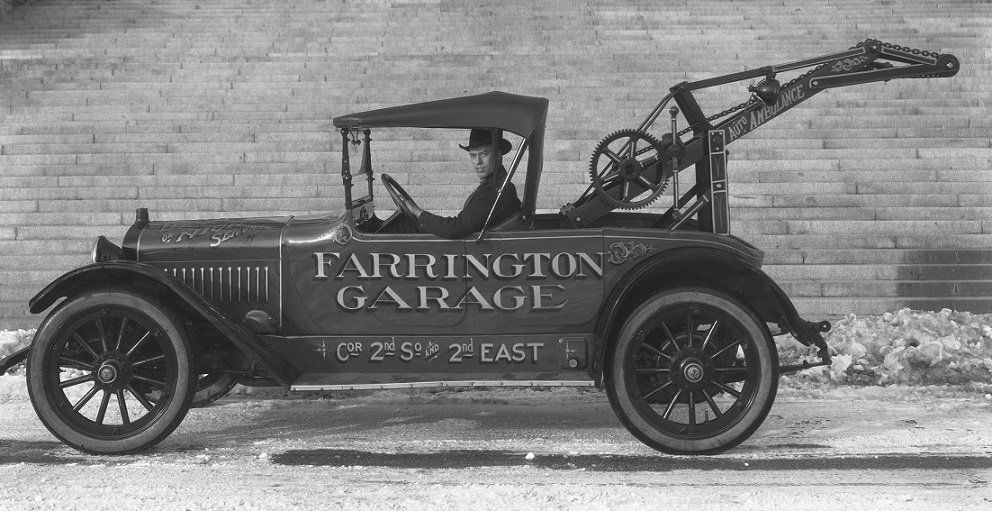 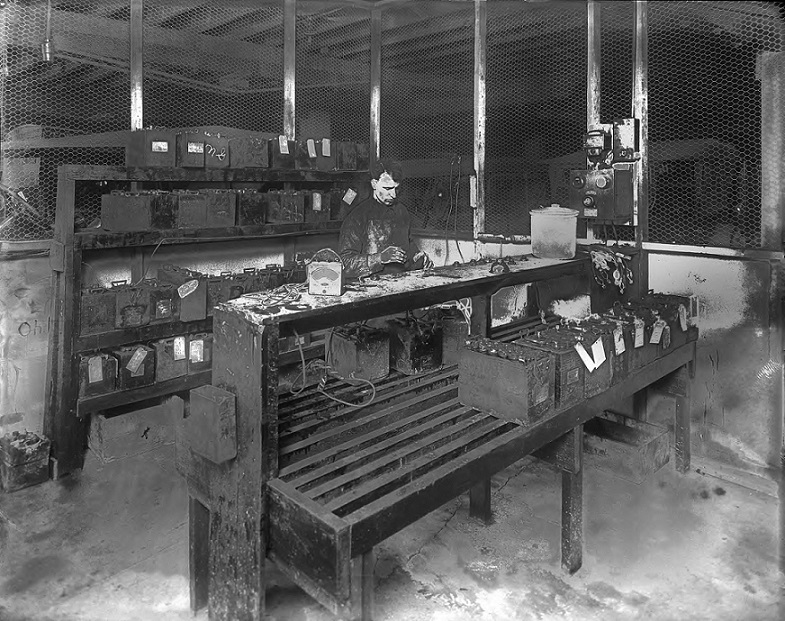 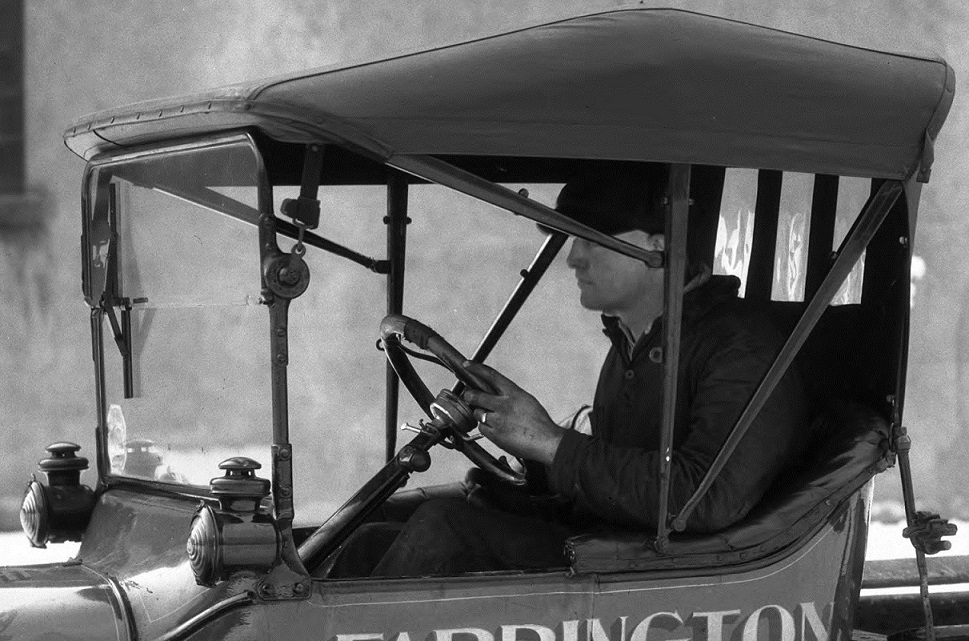 I will add two more in the next post. 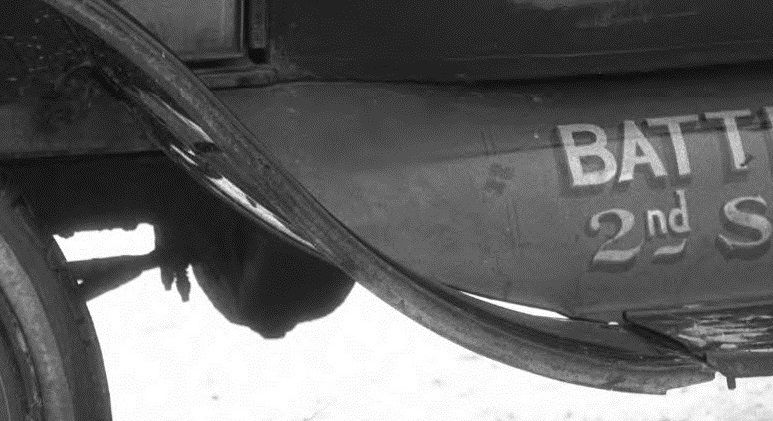 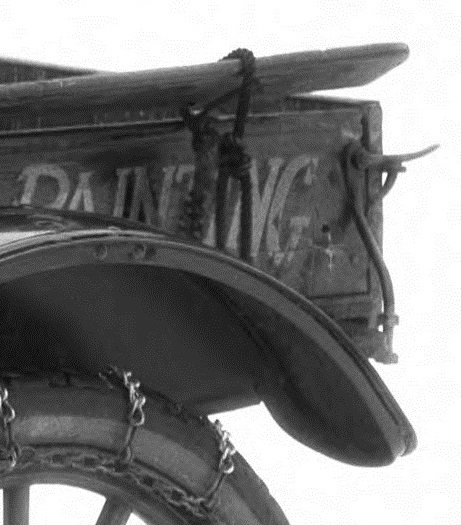 Hey Richard Eagle, I found two of the companies in your ad post. First is Lincoln Garage. 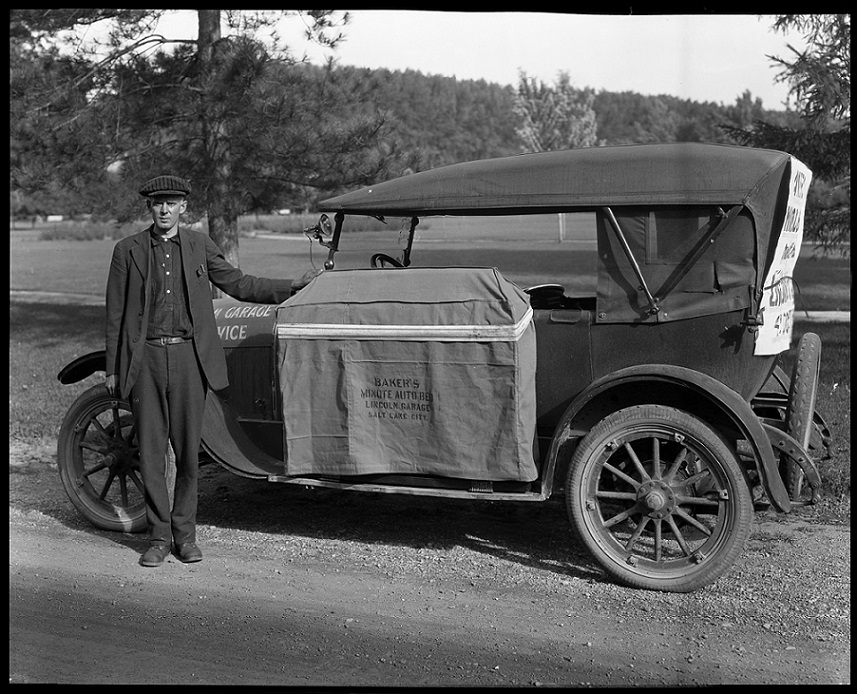 Next up is Alkire-Smith Auto Co. 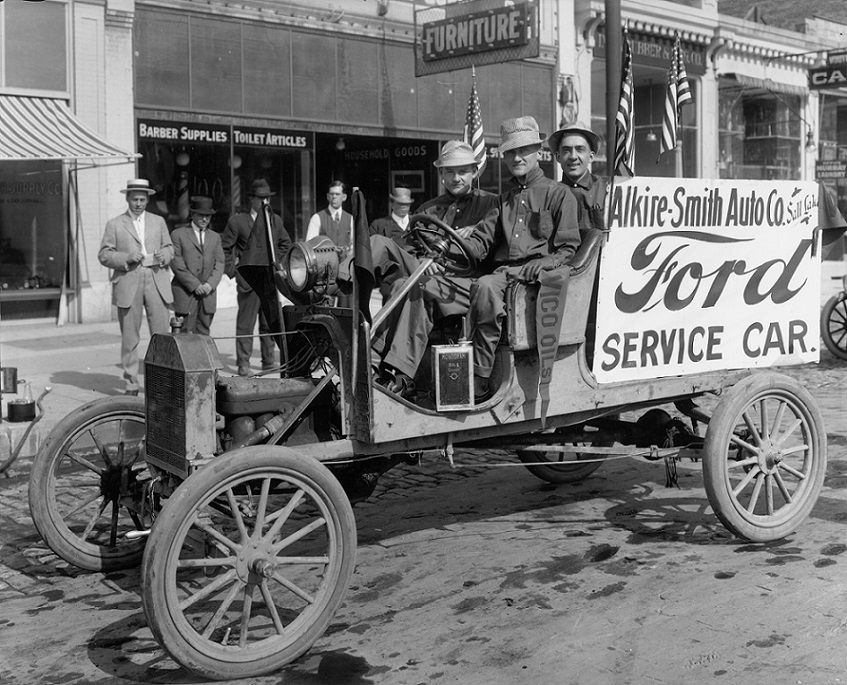 That is fantastic. Thanks for posting those.
Rich

Why such a stripped down service vehicle I wonder? For as much as people use to carry on their running boards and front fenders, it seems like they would use that.
I like the can by the drivers feet. An example of early product placement I take it.

Thanks for posting the photos Mark, they're a real treat !

The wrecker is interesting, how a touring body was modified for the purpose. The scrolls under the windshield and near the rear fender appear to be castings . . .

Great pictures! Still trying to figure out what apparently is some sort of windshield wiper arrangement on that '23 roadster pickup,.....???

The wiper has upper and lower arms and blades. I think Mark Gregush is right about the sliding wiper. 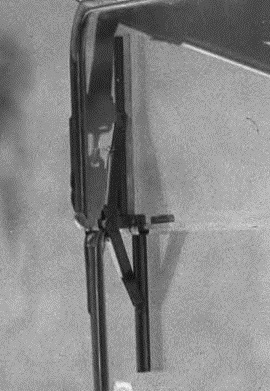 Love that "Auto Ambulance"!
Of course, the "H" hubcaps are pretty definitive- its a Hupmobile, about a 1917 Model "N", slightly modified... 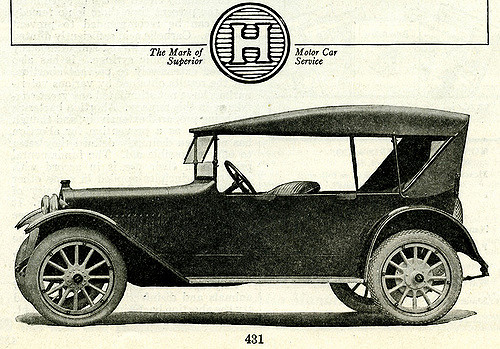 Mark Nunn - I guess I missed Mark G's comment about the odd windshield wiper. Very interesting for sure,.....wonder if Jay has one of those in his vast collection.

Thought I might shed a little more light on John Farrington and the Farrington Garage here in Salt Lake.
John Farrington was born in England in 1852. At the tender age of 13 he converted to the Mormon Church and at the age of 17, ventured to Utah by himself to start a new life. He held many jobs, working as a freighter and a locomotive engineer, but in 1884, he entered the carriage and livery trade, opening a large stable in the heart of Salt Lake. This venture proved wildly successful and for the next 35 years, his stables were considered the best in Utah.
But by 1913, the writing was on the wall for the horse and carriage trade, so Farrington re-invented himself and his business by incorporating as the Farrington Garage, specializing in the storage and light maintenance of automobiles.
He demolished his original stable and erected a large, fire-proof brick and concrete building. It had a roof completely supported by steel trusses, so there were no interior pillars to scrape fenders on. The building was completely heated and had 12 water, air and oil stations conveniently located throughout. All told he had storage space for about 200 cars.
In 1918, he purchased an even larger building on State Street, more than tripling his floor space. He converted his original building into a well equipped repair shop, offering not just fluids and oil, but general auto repair of all kinds.
He caused a minor local sensation in 1919 when he added, to his State Street facility, an exclusive rest room offering services to tired women motorists. I featured a completely furnished lounge with wash bowls, magazines and snacks for his female customers.
His auto repair shop did a brisk business and was at capacity most of the time. In 1919, he hired on Herman Alberg, a skilled machinist who had shipyard experience in the war. Alberg also held a government test certificate attesting that is welding was 95 percent perfect. The shop took on all types of welding, radiator repair, general repair of anything as well as paint and upholstery.
Sometime in 1920, Federal Tire corp. contacted him and begged to open a retail tire outlet in his repair garage. Farrington obliged, opening a full auto parts and accessories store along with selling Federal tires. Farrington also took a page out of his old livery stable, carriage rental, book and began renting automobiles of all kinds by the hour, day, or week.
John Farrington died at age 78 in 1930. He had five sons who all ran various parts of the family business.
I have so far been unable to determine how long Farrington Garage existed in Salt Lake

Holy moley. Thanks Bob!
Is the frame sagging on the Runabout?