Warren mentioned paintings on his ....bars at night....chasing wild women.....thread. I thought this might be a good one to post today. 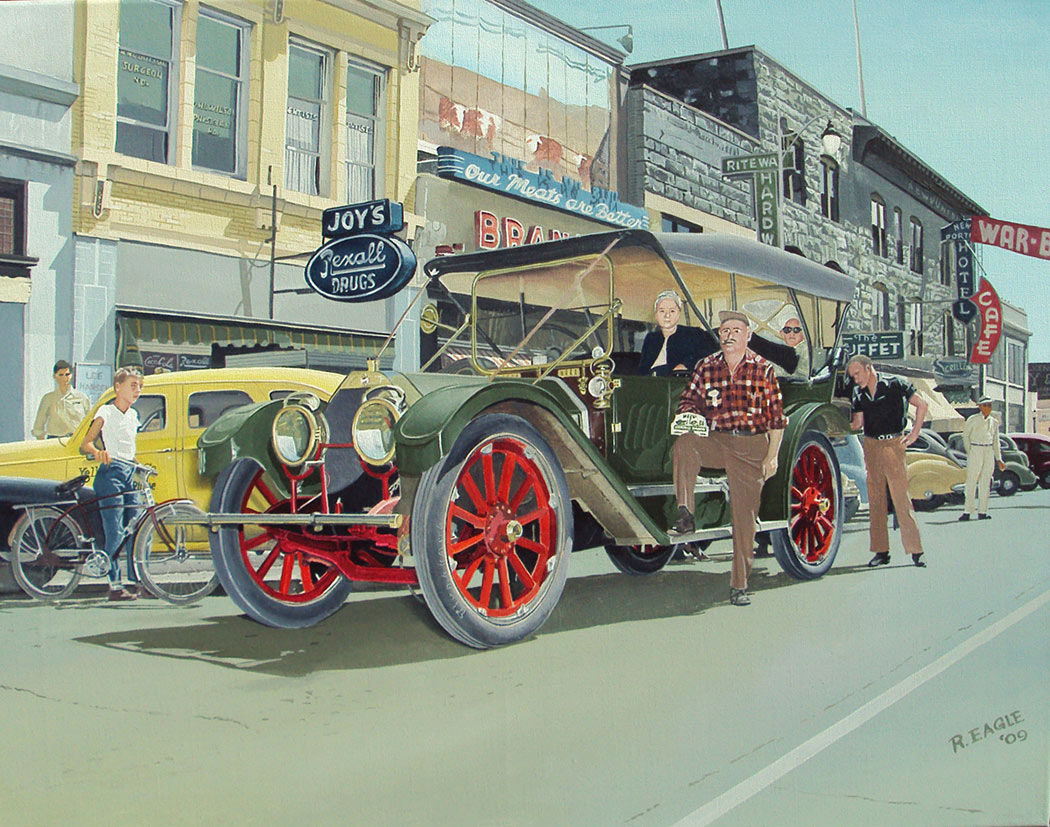 One of the largest production cars produced in 1910 was the Oldsmobile "Limited". The car was well remembered for winning a race against the famed 20th Century Limited train, an event immortalized in the painting "Setting the Pace" by William Hardner Foster and copied in various versions by others.
The Art Museum of Eastern Idaho acquired the rights to use photographs taken by a local photographer in the 40's and 50's. I painted this one without knowing much about the car or owner in 2009. The car was probably touring the West in the '50's A few years later while contacting the AACA about using one of their magazine images their Executive Director asked me if I had any Oldsmobile paintings. When I showed him this one he was very interested in it. He had just finished the supervision of a similar "Limited" for General Motors. Not only that but he knew the car and owner in the painting and also the current owner. It is a small world.
I believe that is "A" Street in Idaho Falls. Those signs on the buildings are accurate including Joy' Rexall. Some guessed I put my wife Joy's name there for her.
I may have posted this and the story before but as I have forgotten maybe others have too.
Rich

Seeing what looks to be a War Bond banner in the upper right corner, would say it was the 1940's, of course the age of the cars helps date it too.

The banner is probably the "War Bonnet Roundup" Rodeo. You are probably right about the era of the cars. "40's
Rich

Is the guy with his foot on the runningboard holding a license plate topper?

Yes Steve. I remember those. It's probably why I thought this was from the 50's. Apparently they go back further. It was hard to make out for a while in the photo.

Ahha yes, and "Don't be a guberif".
Great painting Rich,
Thanks for sharing, always amazed by your work,
Kevin

Thanks Kevin. I had nearly forgotten the "Guberif".
I dug out the photo and found this and also the 1947 Ohio plate on the car. 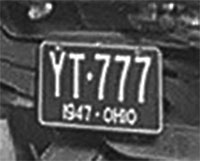 Great work Richard, Thanks for sharing. 777 was my # plate when I raced in Lincoln last year.

I'm glad you are putting that number to good use. That's a great looking racer.
Rich

Richard, the Limited is an awesome machine. It had two running boards to climb up to the seats. To see one in person is a treat. Olds commissioned "Setting the Pace" by Foster in 1910 and made 250 lithograph prints to give to Olds dealers at the time. I have one of them that was given to Coverston's Fallon Garage in Nevada in 1913. An iconic image of early American motoring. Foster could not have imagined his portrayal of an automobile pulling away from a train foretold the car replacing the train as the transportation of the 20th century.

Awesome painting of an awesome car.
I snapped this picture in the Auto Museum in Reno. 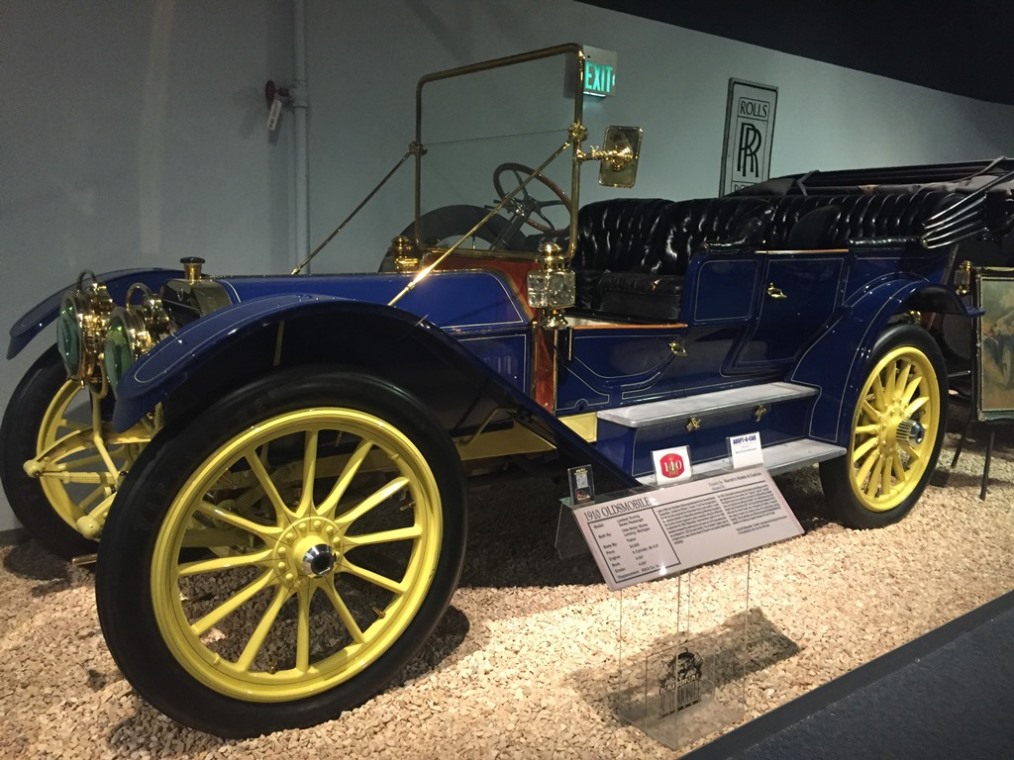 That's Bill Harrah's Limited. If you look to the right you will see on an easel his original lithograph copy of "Setting the Pace". Identical to mine. I'm not sure but his copy may have come from COD Garage in Minden, Nv. Oldest GM dealership west of the Mississippi.

Thank you Rich, for sharing another one of your beautiful paintings.
They are all treasures to me, each one is so expertly done that I can imagine myself standing in each one.

Thank you so much, you made my day.

Had an unrestored one at an auction at Hershey about 10 years ago. A huge car, I think the tires were 42” . If my memory is correct it went for 1.5 million. An awesome automobile.

Wasn't that an amazing beast. I believe it was an '11. This photo of it is from conceptcarz. They have refreshed the tires with new white ones and it appears here and there. 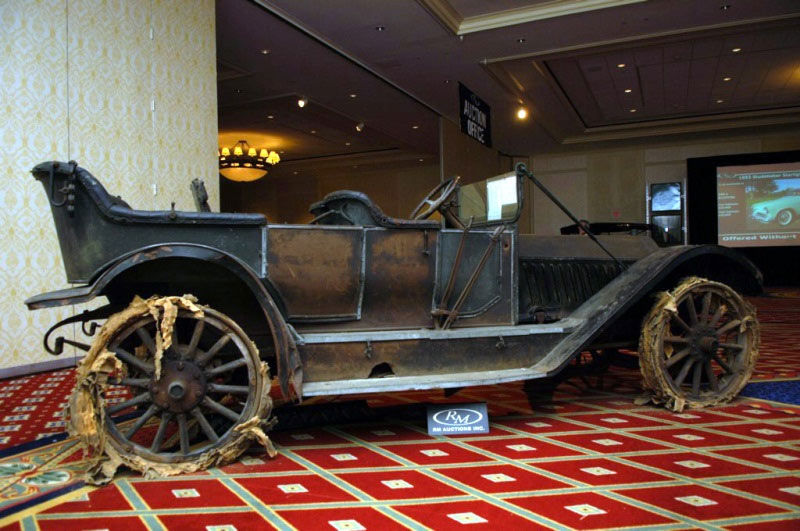 After some discussion with Rich Bingham about the location Joy and I drove a T downtown this morning. We found it to be on Broadway rather than 'A' Street. The Rexall Drug was changed to the Paris Cafe. Then the London Cafe in 2008 and now Yummy House as shown here. Just to keep the record straight.
Rich 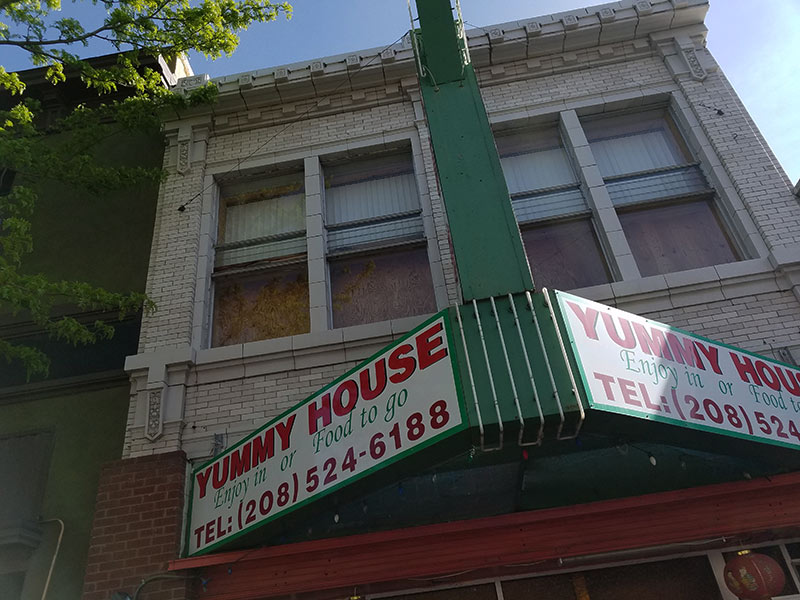 In 2013 I attended the "Eyes On Design" car show held at the Edsel Ford Estate. Also at the show was a 1911 Oldsmobile Limited in the same color scheme as the painting. 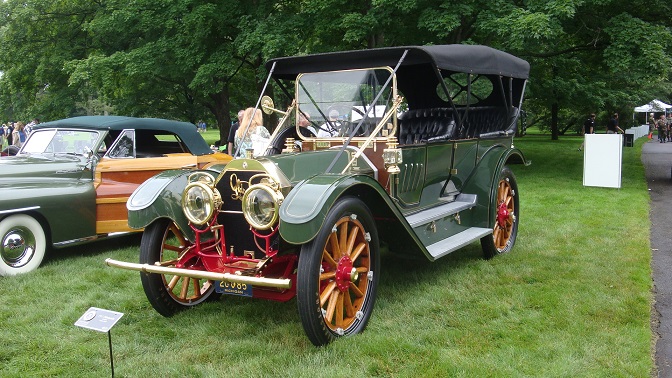 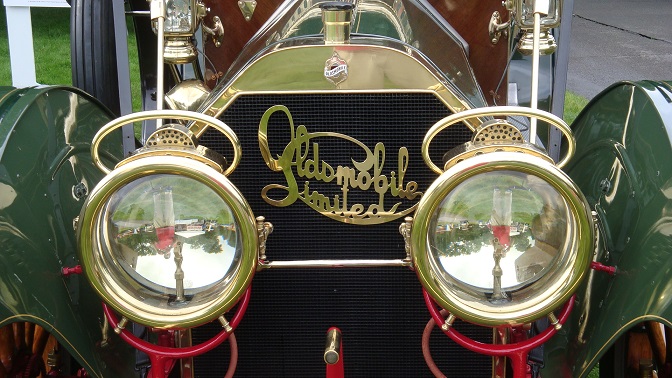 Thanks Wayne. I looked at several Olds color combinations before doing the painting. That car had what I decided on. I believed the wheels would have been red. It was a pleasant surprise to find out that the AACA man said the car he knew of WAS that color. It is possibly the same car. That would make it an '11 rather than a '10.
Rich

The following placard shows the name of the owner in 2013: 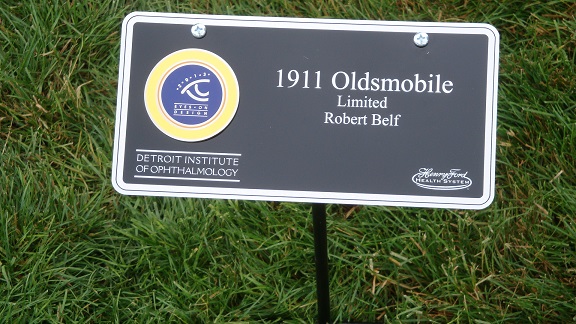 Thanks Wayne. It is the same car. Steve wrote: " The car is green and was owned by a wonderful man, a heart surgeon, Dr. Belf. He bought it from the guy in the picture from Ohio. The car has been driven more miles than any Limited in the country and since his passing the sons drive it."
From an Email Apr, 2012

It is a small world.

With an even smaller number of Olds Limiteds !

Wonderful to see those photos, and get "the rest of the story". Gives me hope that "old cars" we have known, cherished and enjoyed will continue to find caretakers who will do right by them. Thank you all for the history, pictures and reminiscences.

"Over 800 examples of the Limited were produced from 1910 to 1912." from on source. Another says a few less. One claims 13 still in existence. So I guess they were "Limited". ;o)
This forum continues to complete stories.
Rich

The photos don't convey just how huge it is! So much bigger than a curved dash Oldsmobile of just a few years earlier. Looking at the second photo I see an unintended self-portrait. I am upside down in the headlight reflectors.