Mailed from Fremont Nebraska, August 13 1915.
My dad was two years old that day, but living in Missouri. 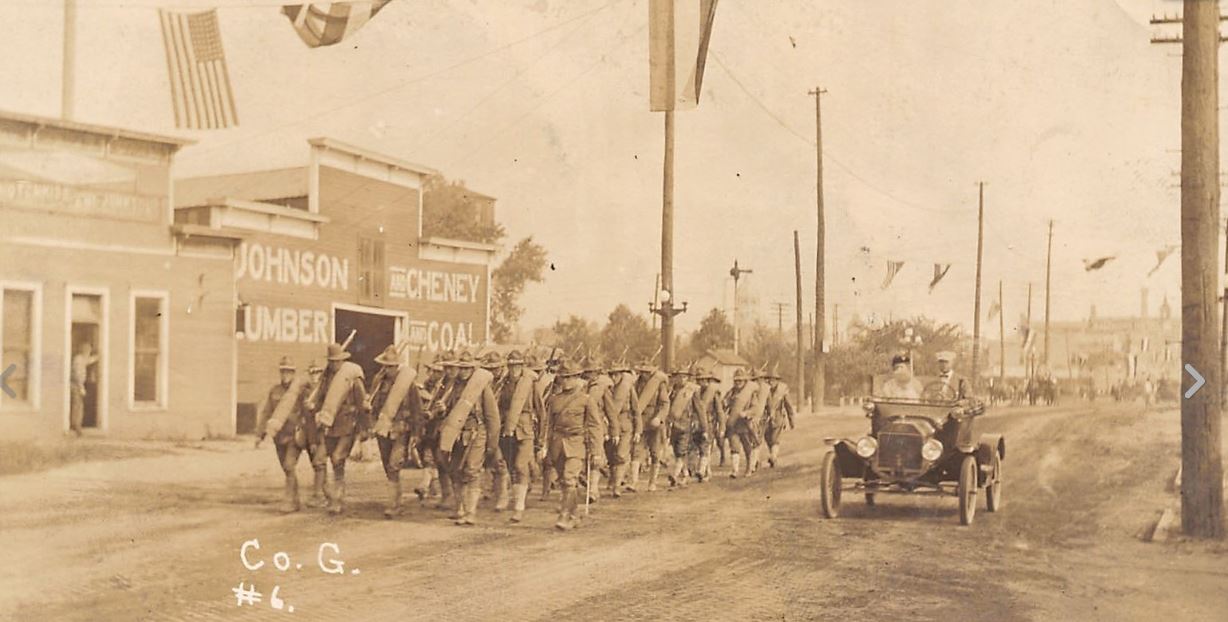 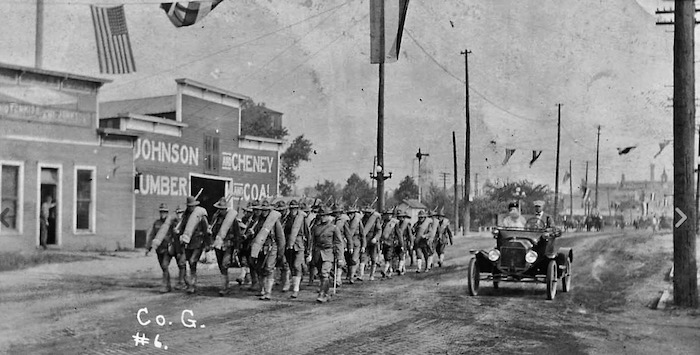 Looks like a National Guard company. Way too early for World War One or Pershing's Punitive Expedition. Makes you wonder how many survived....

... added the R to Pershing, found this

The Pancho Villa Expedition — now known officially in the United States as the Mexican Expedition, but originally referred to as the "Punitive Expedition, U.S. Army" — was a military operation conducted by the United States Army against the paramilitary forces of Mexican revolutionary Francisco "Pancho" Villa from March 14 ...

Notice that even the crank is standing at attention! I think the car might be a 15, looks like it has brass rims on headlights and cowl lights.

I always wonder how many of those men came home.

My question is, to what extent was our military in the readiness apparent in this photo ? Just for the time-line, the U.S. Declared war on Imperial Germany on April 2, 1917. The Selective Service Act was passed later in May, 1917 to draft men to fill the ranks. What do you suppose was the status of this troop that early on ? Robert made a good guess ! 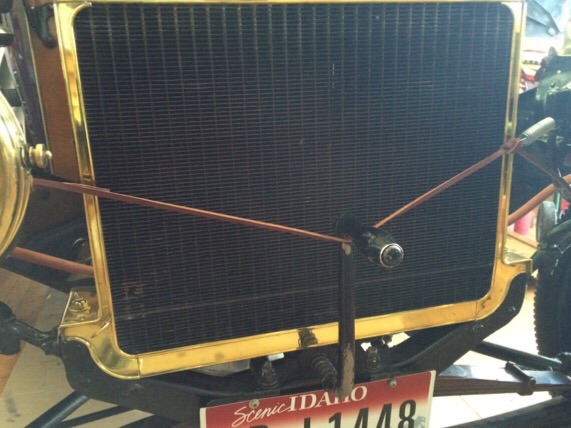 My crank stands at attention too.

Those are some pretty big blankets those boys are packing'.

Those may be canvas shelter halves instead of blankets.
Great picture and may be one of a series because of the small arrow on each side of the posted photo. Are there additional groups of soldiers down the road in the background or just groups of citizens?

I can make out a wagon pulled by a four horse hitch, but no more troops. Hard to see !

I guess one clue is that it is marked Company G number 6.
Any idea what that might lead to?