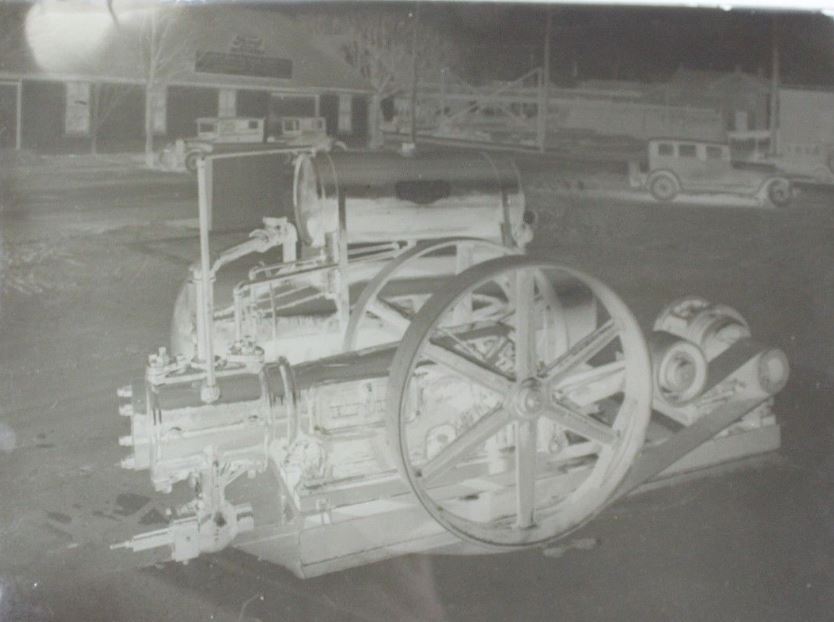 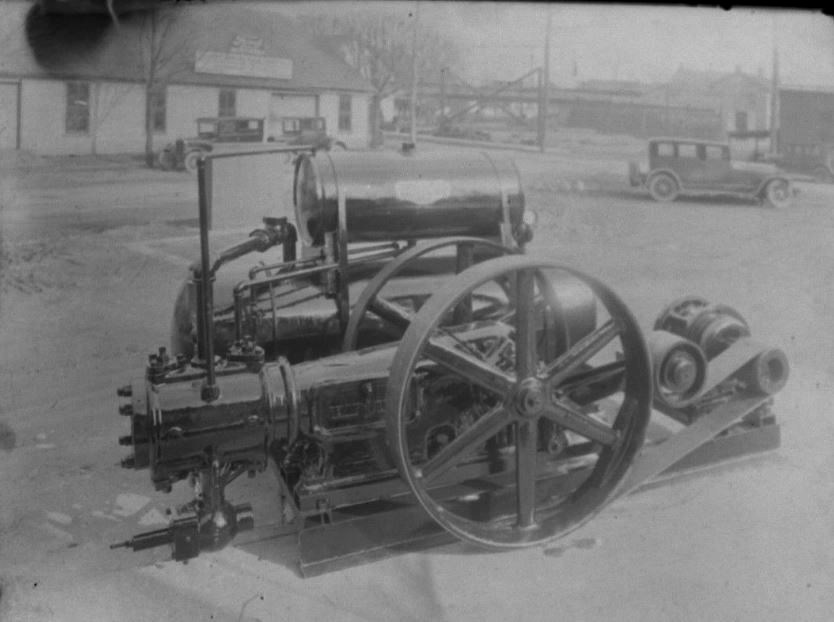 Steam engine? But I see no boiler.

I think it is an air compressor, driven by the electric motor on the back

Dale, I think you might be right. I went through the whole Yellow book and could not find a match. Its just that part hanging off the bottom looks like a carburetor. Maybe someone with the Red book could do a match.

That's some type of compressor. Maybe the part that's under the compressor is some type of unloader if it's an air compressor. It looks real similar to a stationary De Vilbiss air compressor that was on the Air Force base where I worked. There is a name on the side of the inspection cover right behind the left flywheel but It's not clear enough to make it out.

that gave me pause too, as well as that top tank, which looks like a fuel tank- or maybe it is part of a coolant system??
The larger tank is a pressure tank and its hefty piping leads to a valve chamber on the cylinder that looks like it has a "D" valve similar to a steam engine that would charge the tank twice for every revolution of the crank--IF thats what I'm seeing!

I went through both of Wendell's yellow books and his blue volume on industrial machinery, but no luck finding a match

I cast my vote with the air compressor crowd.
Likely for the Ford dealership in the background.
Probably needed this big beast to spray the new paints that came out in the early-mid 1920's.
The original Ford dealership building I was in dated to the '40's,if not before.
A huge,primitive compressor similar to that was mounted up in the attic,secured to the roof of the mechanics' crapper.
One fine day,whilst I was on the throne, the tank exploded.
Gave a whole new meaning to the expression "scared the sh*t out of me." 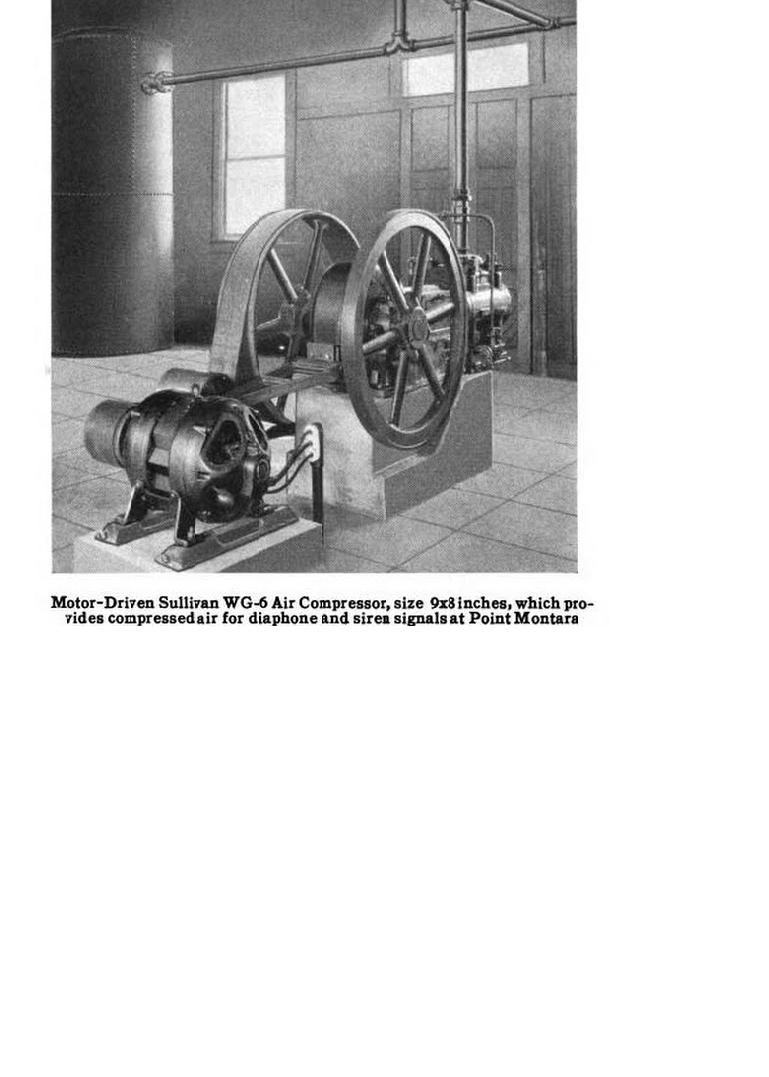 Those big stationary air compressors would really move the air. The coolant tank is above the air tank if I'm looking at it right. I think that's the air check valve next to the coolant tank.
The big flywheel on the opposite side of the driven flywheel would keep the compressor running unloaded till the pressure would drop enough to kick in the unloader valve and close the intake valves to start pumping again.
It sure looks like the Devillbiss compressors that were located in the hangers at the old air base. It brings back a lot of maintaince memories for sure.

I own an old Sullivan about that size. It was used to power the filtration system for an olympic sized swimming pool. I really regret not getting the open frame electric motor that went with it and was ultimately scrapped.