I'm helping a friend work on his Model A and we're going to install the battery box. It is an early 1928 and he doesn't know what the bolt with the part sticking up does. He has a 1931 with the body off and battery box installed on the frame but it doesn't have this bolt that sticks up.
I don't know anything about Model A's so any advice would be appreciated. I may have to join a Model A forum if I have too many questions but the rest I have to do appears to be just bolting things up. 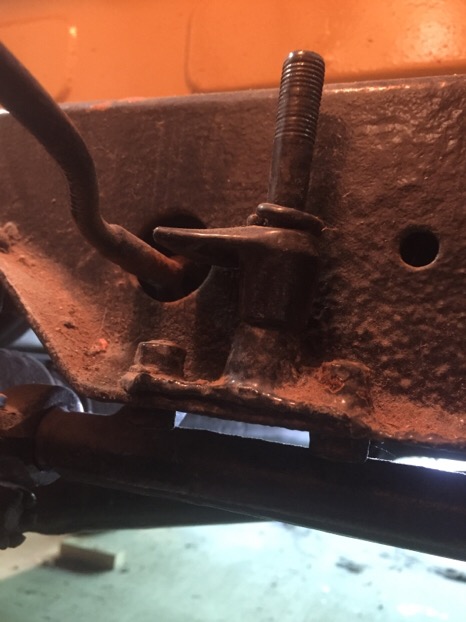 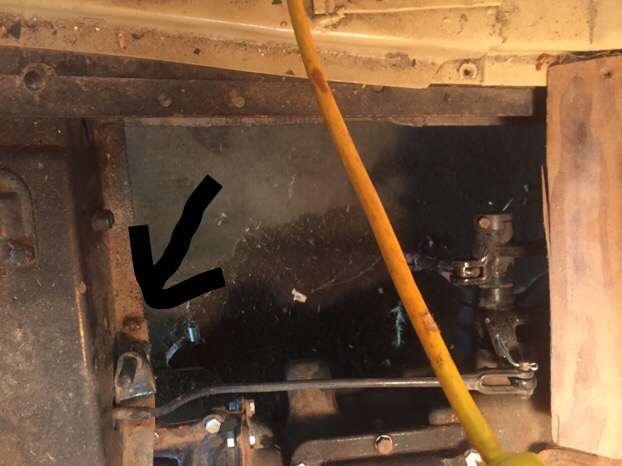 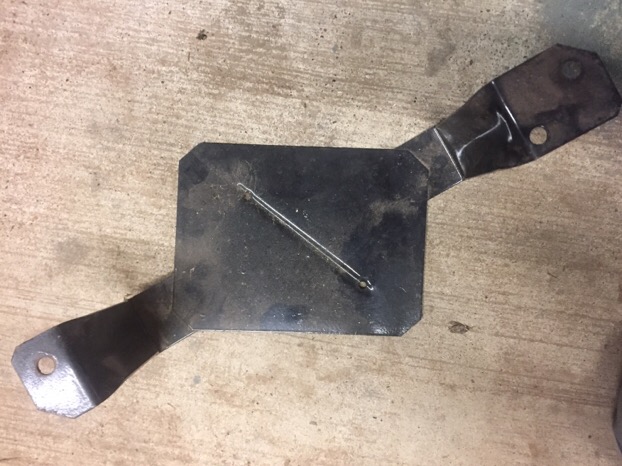 That is one of the original cast style battery hold down clamps. The early style frame that fit over and held down the battery did not have holes for the mounting stud. There were two of these that fit over a stud on each corner, 2 total. If I remember correctly the stud is the same as a manifold stud, it has been quite a while since I did that part of the car so don't quote me on that.

Ok, thanks. So that really has nothing to do with bolting the box to the frame?

Forgot to mention, the battery holders were different 28-29 to 30-31. The one that you have pictured is a later style battery holder with no provision for the mounting stud (it would thread into the holder). Hopefully the scan of the judging standards will come through. If he is not "concerned" with originality and would like to part with the clamp, please let me know. 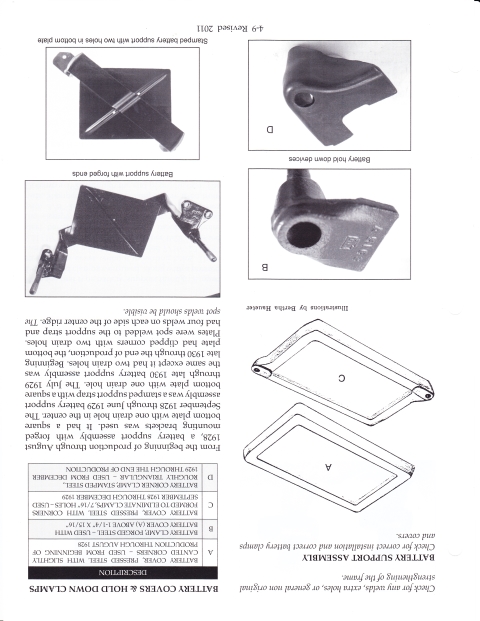 Sorry, upside-down for some reason, but it is the pictures that are important. Nothing to do with bolting the holder to the frame. The studs and clamps are to hold the battery into the holder.

Ok. I will ask him tomorrow. He's getting it ready to sell but I think he's just getting it in running order. I've got to put a wiring harness in it as well. Thanks again