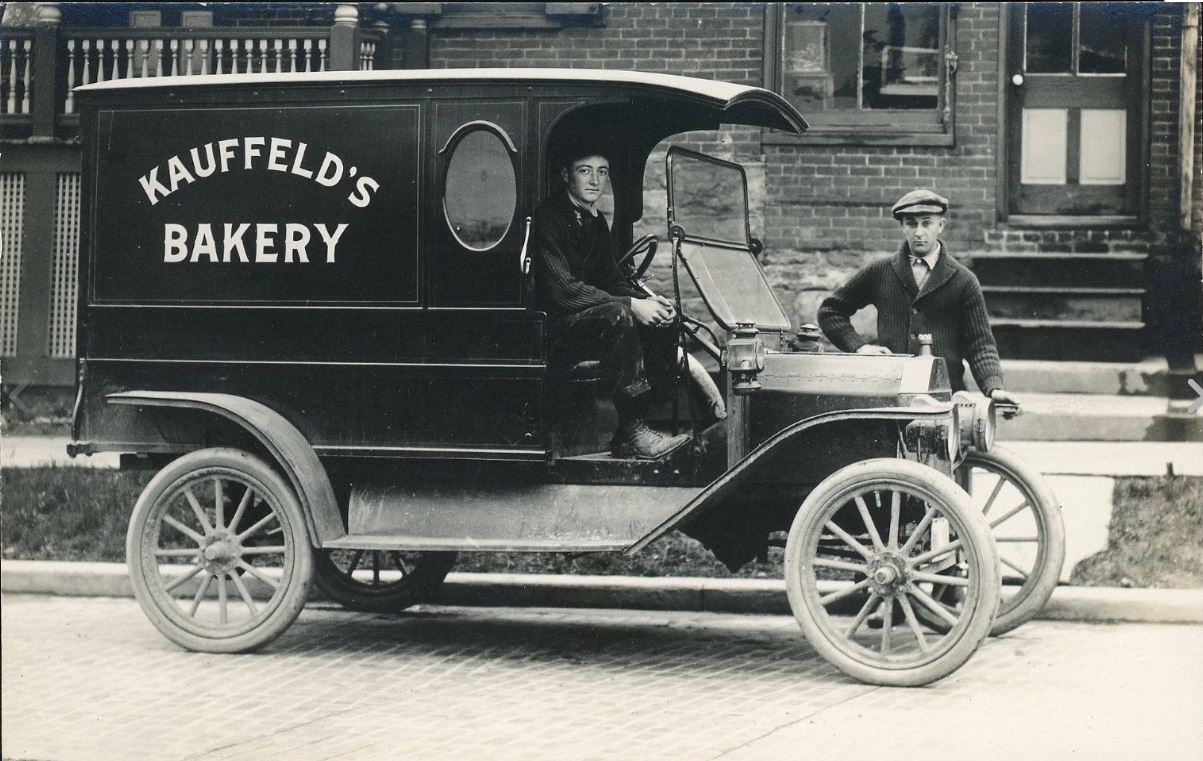 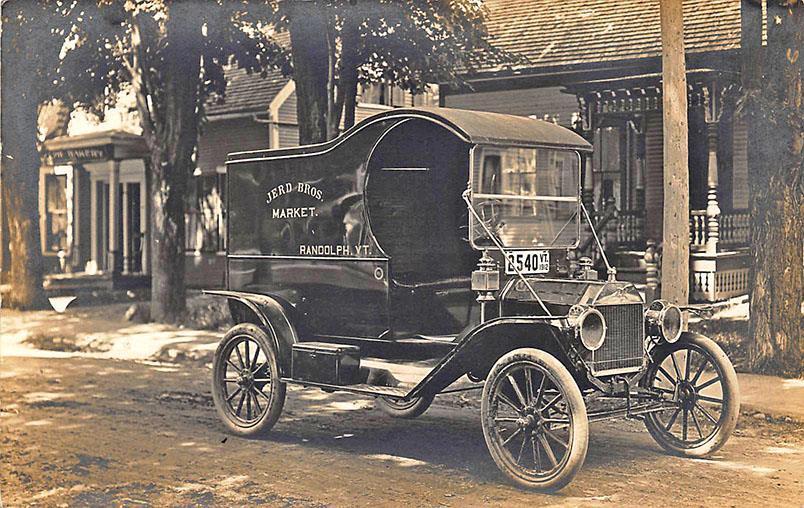 Kauffeld's is a '13 from the look of the front fender. What make are the side lamps ?

E&J lamps with the early 1913 style front fender in the top picture. The van in the second picture has John Brown 19 headlamps and the two-tier John Brown side lamps.

Looks like the van in the top photo has a Stewart Model C and the road gear is visible but can't see the cable.

Thanks for sharing Herb,

I just added two more items to me wish list. I wonder if I can get them from Amazon, with my prime membership they would be here on Tuesday!!!!

That's what I should do with my '25 Touring when it gets put together. Some day. When I first bought it the silly title clerk labeled it a "Three Door" since "Touring" wasn't an option. I should have told her it was a convertible.

The pie wagon in the second picture looks like an original Ford 1912(?). Notice the logo on the front of the side just above the seat. Dave

The first Delivery car definitely has a non ford aftermarket body on it and the windshield setup and one piece dash make it a very late 1912 or early 1913 running gear with after-market body.

The second picture is for sure a bonafide Ford Delivery car and an early bodied one at that. It does appear to have a "knocked down" body but does not appear to have reinforced steel bracing on the front corners of the front seat riser board. Notice it has a black crank handle and 2 piece dash both of which were eventually changed by end of 1912. By end of production the underlying dash was one piece but used a windshield that had a larger lower pane of glass so that the windshield stay rods were still the same length as earlier ones since the bottom of the upper pane stayed more or less the same height as with the 2 piece dash and the "regular" windshield which had same size glass top and bottom like open topped 1912 cars.

The contrast in the bottom picture makes it almost impossible to see interior details which might prove conclusively that the car is a knock down version which would have shipped to dealership with running gear and body in subassemblies of roof, left side, right side, rear doors and seat box. This made it take up a lot less shipping space.