Remembered something strange on a spare engine I've got. It's a 27 block but head and multiple other things swapped to make it an earlier engine cut frame.

Anyways, there's this weird thing on the generator. It moves in and out with two rods going inside. I would assume it's some sort of on off switch? I found the engine without anything attached but a rod connecting to the sliding piece. 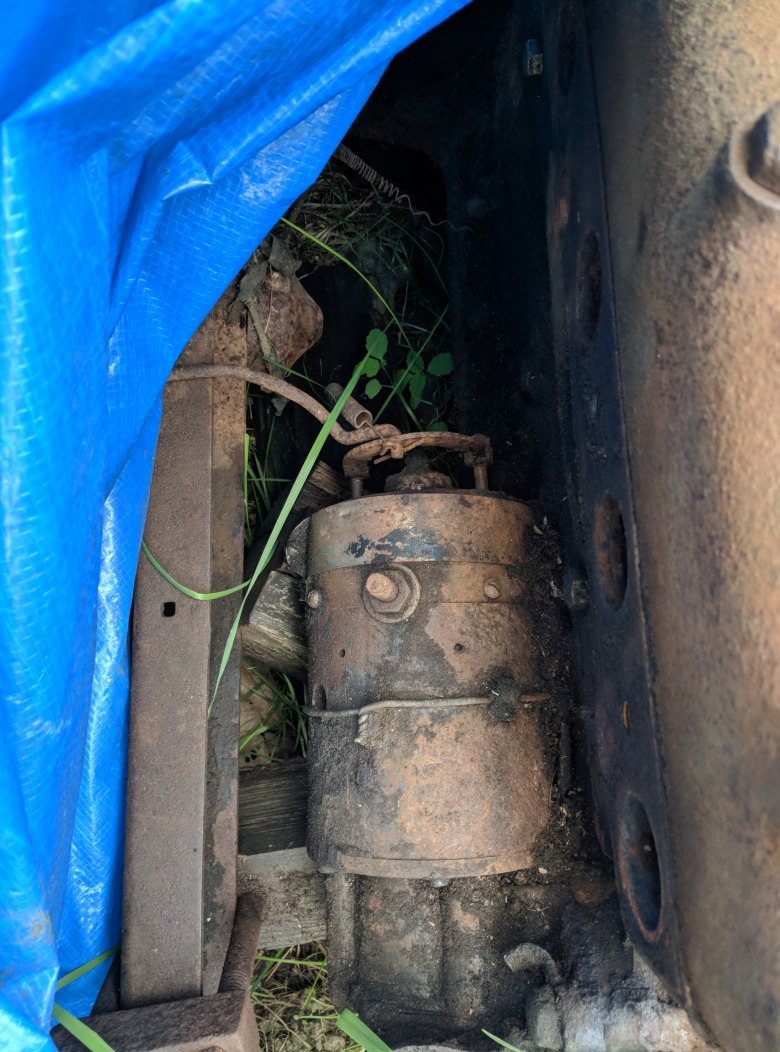 Ive got one like that. It was a homespun (pun intended) governor on a power unit.

I wonder if it's used to adjust the output while running.

Would have to see the end of the generator, but I like Jim wondered the same thing.

It would appear that only the generator housing was used for the purpose of picking up linkage to the RPM of the motor for then adjustment of speed. I say this based upon the rather large and empty hole in the side of the generator that would normally be a slotted screw device that clamps one of the field windings in place. There seems to be an absence of any field at all which kinda signals that the gear driven shaft only was the main thing they wanted to use as the core part of a governing device. There was once a publication of inventions that used the T generator as a core housing for lots of things. The publication was printed and distributed somewhere near Peoria Illinois if my memory serves me. Dave Kingery or something close to that name was the main author of some products listed. Others hopefully will chime in and straighten me out on the catalog I am talking about.

That sounds plausible. It was used as a backyard log splitter or wood cutting mill type thing back in the 70s.

Thanks for the replies guys. This thing has been sitting outside for decades under some sheet metal. Im busy with getting my own T chassis up and running first and then Ill take a better look at this.

I can try and get more photos tomorrow. The engine is in a tight spot right now and of course the hard to reach side is the gen side.

Matt, thats it! Thank you for the link!

Interesting... Now that I think about it, theres a little threaded rod that most likely attached to the vaporizer which was originally installed!

Cool pic!
The wire around the generator is to keep the "plugs" in place which hold a little oil for the governor assy.
A book like that was probably available thru Lindsay Publications. :-)
Dave Gingery (say Gingery not ginjury) had a bunch of his own books available there and the family offers his and his son's books on their own site still.
Met him once, great guy and very supportive. He and Vince had the Atkinson Cycle engine at the NAMES show. :-)
He told me and friend May-ur Keith "If it works, that's the right way to do it!" :-)