Hi,
I'm after ideas on how to go about ventilating one of Tom Rootlieb's Speedster fuel tanks.
After having some transit damage (from the USofA) repaired, mine is just about ready for paint and it looks fabulous with its large polished brass wing nut style filler cap. But short of drilling a small hole through the side of the brass and allowing fuel and vapour out all over the new paint, I'm lost for ideas.
I'd appreciate any good advice.....please?
Thanks & Cheers,
Rob 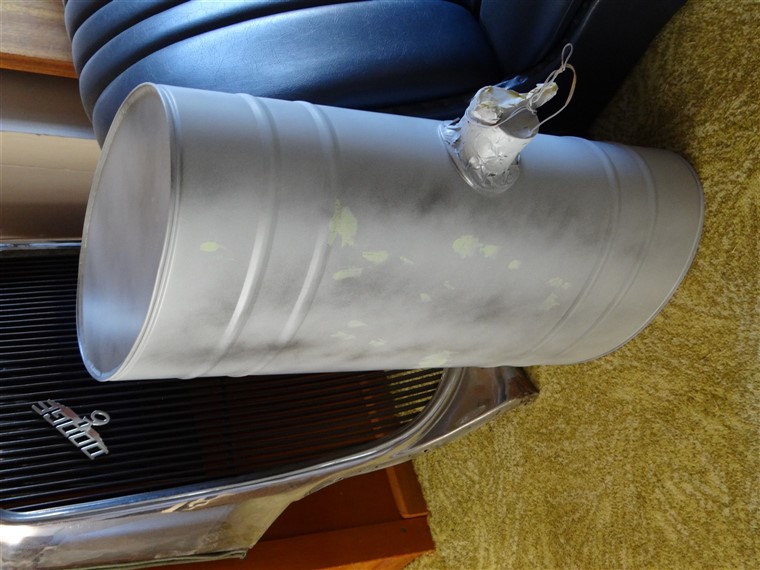 Rob,give this some thought.
Drill the small breath hole through the cap.Not in the middle
Then, on the underside of the cap,put in another piece of metal to match the I.d. of the cap.Make a breath hole in this,too.Affix the piece of metal to the underside of the cap,by some means.With the two breath holes off set,in other words not lined up.Leave a little space between the piece of metal with the hole in it for an air space.
Even though I assume this tank has baffles to reduce slosh,I would make a thing along the same lines as a "fuel strainer" on a Model A.
The main purpose is not to strain fuel as it enters the tank,but to prevent gas from slopping out on a Model A cowl.
Look up some pictures Model A Ford fuel tank strainer.Can't post pictures.
I have seen them homemade out of the heavy window screen they used to use in outbuildings.
Fine mesh hardware cloth would do it.

Rob,
I think you may be anticipating a problem that is not there.
My speedster has a similar tank but with a shorter filler neck, Fuel will gravitate if the tank is filled ( I always leave a few inches from the top)

As the carby is high on the motor once the level gets down past half way I have to pressurise the tank. Up till then I just leave the cap loose so air can get in.

First sign of a shortage of gas I just turn around and tighten the cap down a half turn and use the air pump along with the exhaust pressure to keep moving along, this is after a about 4 hours driving.

The fuel never has splashed out of the tank, more chance when you are filling the tank at the gas station.

I would suspect the tank will be painted with 2 pack enamel which won't be affected by the fuel.

My Speedster is painted in acrylic Lacquer ( done over 50 years ago) and it is affected by the fuel softening the paint and its still good.

If you are worried still it only needs a small hole which won't let out much if any petrol.

Or as Jim suggested a baffle inside the cap, two small holes opposite to each other

Hello Jim and Peter,
Thanks for answering my post.
I like Jim's idea of modifying the cap with offset vent holes, but I like Peters idea of doing nothing, even more. I hadn't planned on making any mods until the chap doing the paint suggested I should, due to his own experiences.
Again, "Thank you" both.
Rob 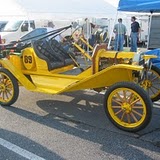 Can you just have the gas cap's gasket leak? I don't know, Just my out loud thought?

This is how mine works. I did such a bad job of fitting the threaded collar, that it is nowhere near airtight.