Were coils ever built this way or was this one converted?
It did come from the fringes of the vintage farm engine crowd, of which I am one....but I've never seen a coil like this before.
Rob 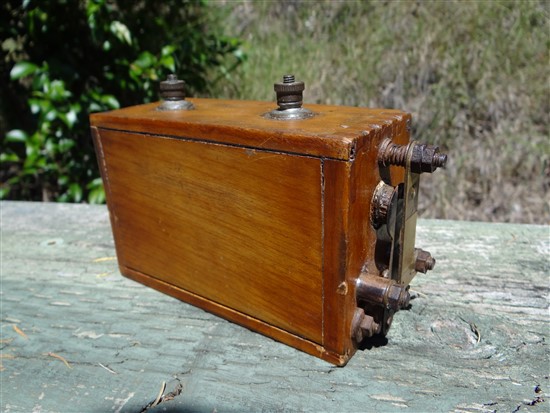 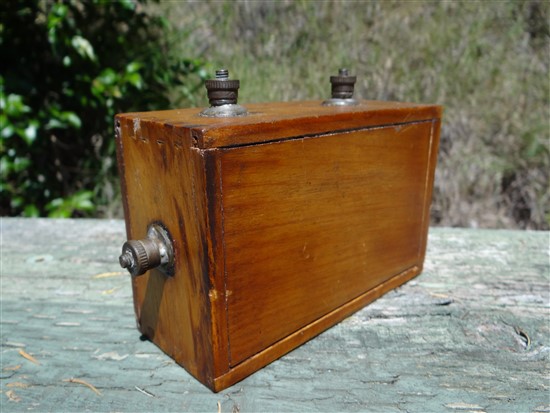 Looks like a standard T coil with terminals added so it can be used to power an electric fence or some such. Quite a common occurrence.

Hello Allan,
Thanks for that. You're probably correct.
I suspect that if it was used for an electric fence, then it would have been quite some time ago. The conversion job is very neat and the brass knurled nuts aren't modern, which lead me to think that maybe the thing was made this way.
Thanks again,
Rob

Or converted for a hit/mis engine.

Or to ignite a Pulse Jet model air plane engine!

The pulse jet goes faster the faster it goes, a ram jet 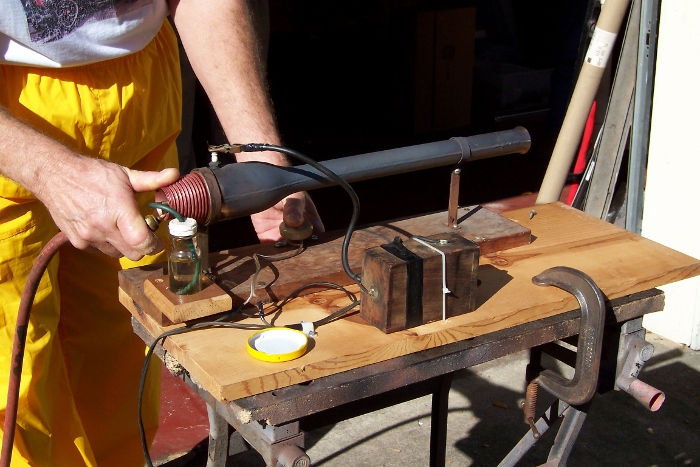 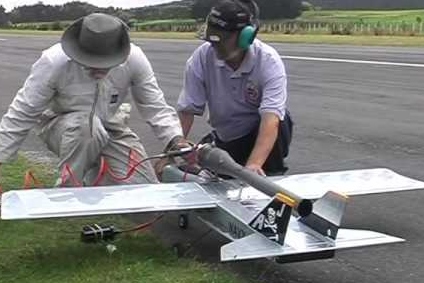 Your's kinda looks home made but yes they were made with added terminals. Usually for fences as mentioned.

Likely hit and miss engine or other small early engine like a rail inspection rig. Most were home converted.

Yes, an adapted T coil, done more nicely than most. Until recently Pontiac Coil Company still made coils for the Railroad motor cars, look very similar to T coils, but have one side longer at both ends, thumb nut terminals that are labeled by stamping the wood, and can be found made for 12 volts even. Somewhere in one of my boxes I have one or two of them, BRAND NEW! if I could find one, I'd post a pic of it for y'al.

Fun Projects makes such a coil as the 5007KW-Special. I made them because too many people wrecked good coils by holding the hot iron too long on the side terminals until the wire inside let go and then the coil is ruined since you can't dig down into the coils near the side terminals without stabbing the coil winding.

The pictured coil has the bolt soldered completely on the outside and it was done very carefully or you are looking at the only one the guy made that wasn't ruined by too much heat/solder. It is really tricky to do them that way.

The ones I made had a brass screw through the sides of the coil mounted before the winding was installed and filled with tar. They also had a wire terminal used to interface between the brass screw and the fine wire of the winding.

Most likely for a stationary engine or some other ignition application. Electric fence use requires that the points are modified with a pendulum to slow down the operation. 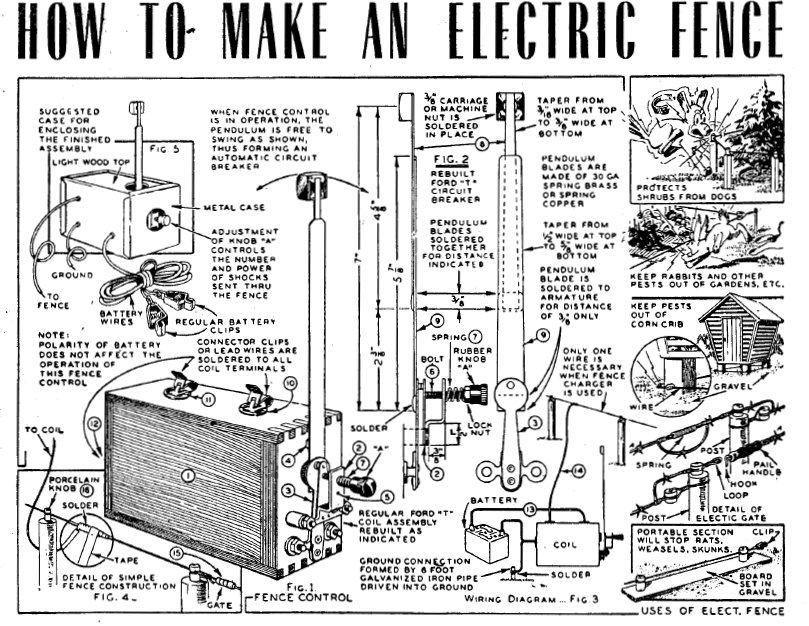