Posting from an email I received, could you guys please comment. 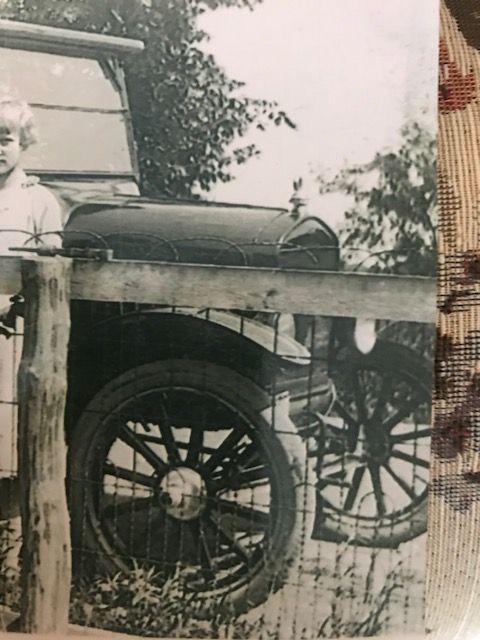 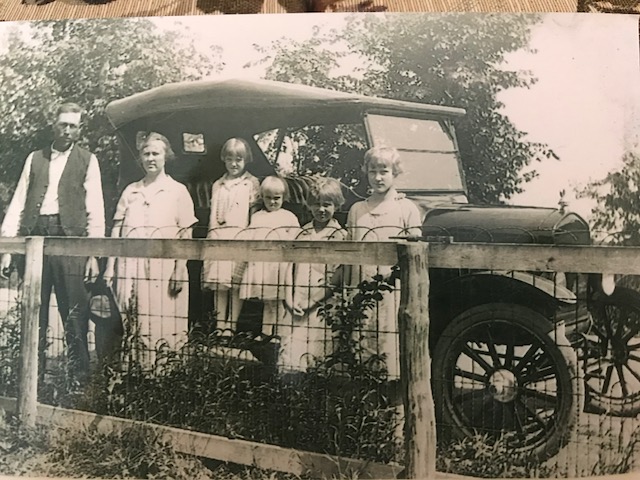 I can't tell if the fenders have the 1924 lip on the front. Maybe someone else can. Looks to maybe have a set of accessory hun caps on it.

According to Bruce's black book, the single window in the rear curtain was introduced late in the 1925 model year. 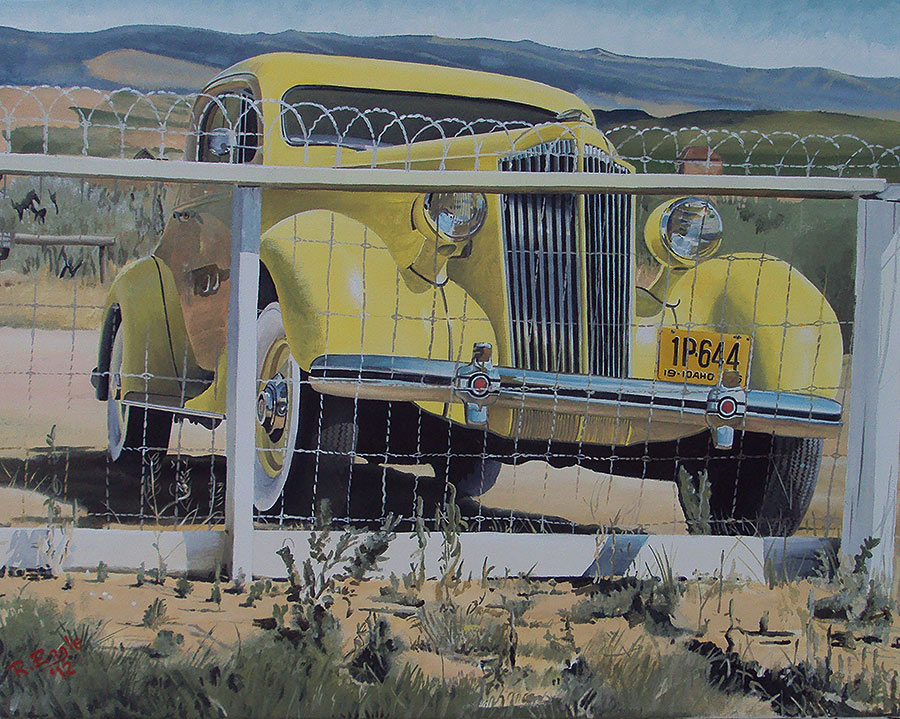 Thanks Erik, I was just going with typical looking year, it could be a 25.

To me that T has typical 1924 model year features, double rear windows, and the standard for the year windshield wiper.

The upper frame first punched for that wiper in 1924. 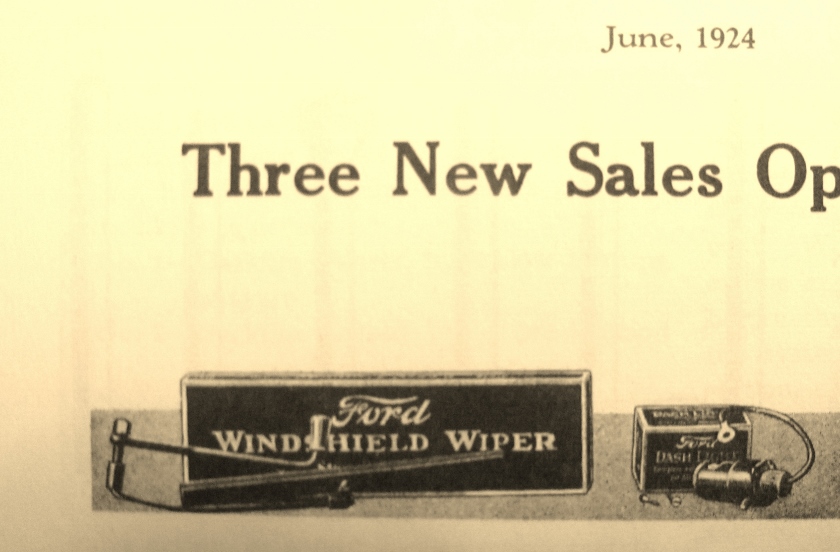 I wonder if it became standard some time mid year 1924.

That seems proper. Dating changes to Ford engineering part updates, and then accessories is best by survey of original T's that are un-molested. Fairly steep road to travel!

I like that painting, My grandfather had a fence like that around his yard but his grass was pristine and no weeds.

Thanks Denny. Double Loop Ornamental Fencing was popular in the early 1900's but hard to find today. I remember it as a child.
Rich

Bottom Line Up Front: For a USA T – I believe 1924 to mid 1925 “IF” the rear windows are original. But according to the MTFCI 7th Edition Judging Guidelines that say the single window was for the 1925 cars. (I wish they included references, but then the book would be much thicker.)

You didn't mention if it was USA, Canadian or other production. If the rear windows are original to the car it is NOT a Canadian T. If it was a Canadian T then the information listed in Bruce's book may or may not apply as far as when things changed -- as those were for the USA production. And Ford of Canada did somethings at the same time and others before or after the USA made the changes.

Dan -- The more and more I study the 1909 (assembled and sold starting Oct 1908) to 1927 Fords, the more evidence I see that Ford seldom cared about so called "model year changes." The introduction of the Model T in Oct 1908 may have been one of those exceptions -- although Ford had hoped to introduce the Model T earlier but couldn't do that. Another major exception was the introduction of the 1926 improved T. In the USA it was done nationwide on Aug 26, 1925.

Announcement of the "improved Ford car," stating that it would be first advertised to the public in the afternoon papers August 26, and the morning papers on August 27, with weekly publications the following week. The cars were not to be displayed before the 26th. The letter stressed that the term "New Ford" should not be used; rather "Improved Changes in Body and Chassis," or "Improved Ford Cars."

But even the "Improved Ford Cars" 1926 features were introduced over time in some of the other locations (such as Australia).

In the case of the note from: http://www.mtfca.com/encyclo/doc24.htm that states:
JUL 18, 1924 Engine production records, Ford Archives
New (four-dip) crankcase begun.

We would need the note of when the last three-dip crankcase was used or when “all production now used four-dip crankcase to know how long the overlap was when both styles were used. We do know that for the transition from the two door valve cover block to the single door valve cover block began 1 Nov 1921 with the first single door valve cover block began (ref page 526 McCalley) and ended Apr 3, 1922 when “All one-piece doors beginning Apr 3” was noted in the engine logs (ref page 526 McCalley). So just over 5 months over lap when both styles were produced at the main Highland Park Plant. And if an engine was assembled at a branch plant using a two piece valve cover block, it may have been assembled later and stamped with a serial number that would be on the Apr 3 or later engine log sequence.

All that to say Bruce often used the term “typical” because there often could have been exceptions – especially depending on where the car and for that matter the engine were assembled.

Again, thanks to everyone for their support in adding to the information with documentation as well as “fossil evidence.”