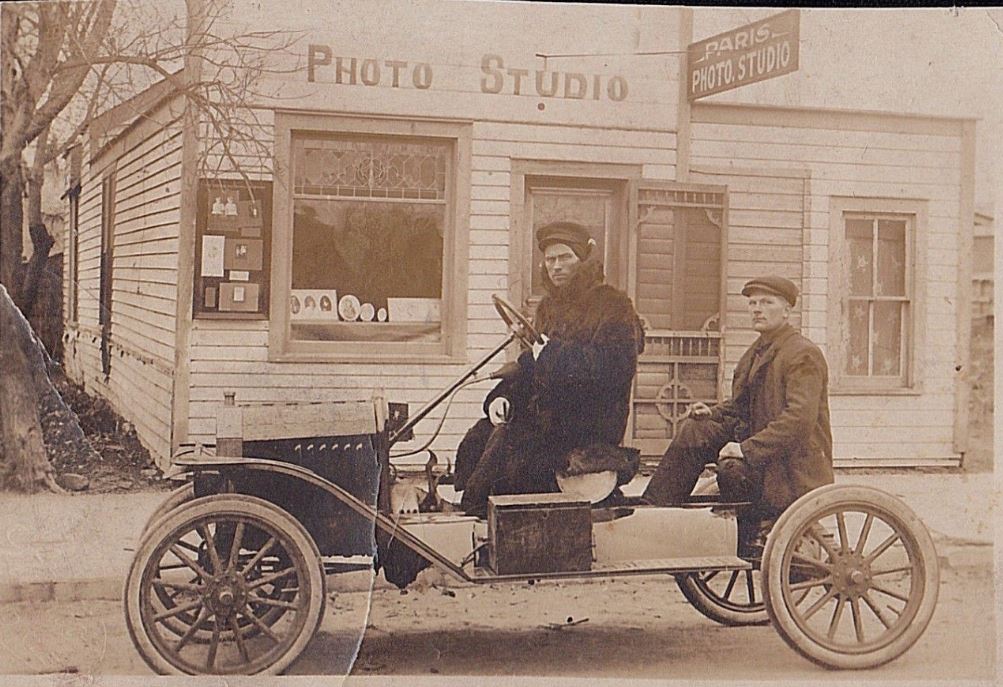 I think you could buy them this way from the factory.

Yes, you could buy them this way. I wonder if those two guys are photographers who own the studio behind them. Maybe they're off to have a photographers van body of some sort build for it.

It's a '15 or '16 style chassis. I would guess '16, since I think it was the first year with a black rubber wear surface on the tires. Still no thread, threads on the rear tires came in '17 and even later on the front tires.

Headlight rims are black, indicates a '16. I want that guy's bearskin coat !!

One way to keep the fuel warm.

You are too late. 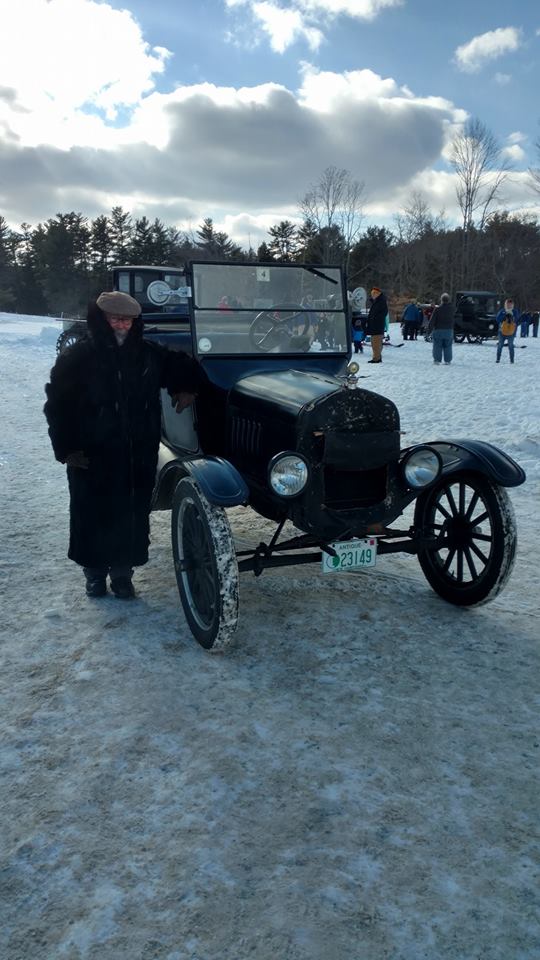 Bruce's "Model T Ford" has a picture of the Ford line of products for the fall of 1916. The touring and roadster are 1917 models whereas the chassis still has a brass radiator with flat 1915-16 fenders.

Note that it has a bulb and tubing.

Also, it appears to have an aluminum hogshead, giving more evidence for the chassis to be a 1915.

For whatever reason some early 1916 T's had aluminum hogsheads that were made in the 1911-13 style without the reinforcing ribs at the corner bolt holes. There is also a slight difference in the region above the access door where the flat upsloping area meets the curved section that covers the flywheel. It has a less crisp intersection. The photo below shows such a hogshead. Although the clutch pedal didn't make it all the way into the picture, it has a plain 1916-25 surface. 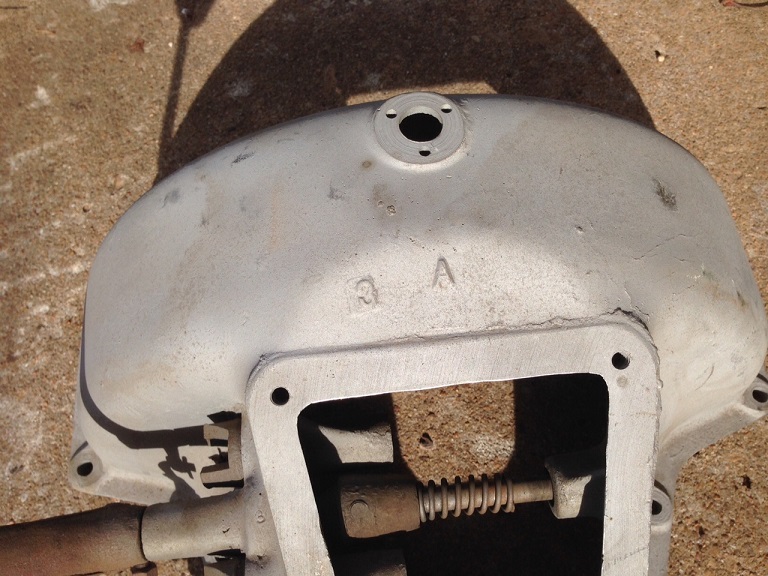 The chassis at the top of the thread may still be a 1915, but it does have some 1916 features to it, and that makes it interesting.

Fantastic photo that includes both of my interests .... early photo studios and model T Fords! Thanks for posting.

Mark
I've though about putting 'Photo shop" in the title of the thread.

You guys are amazing!!