This evening I went to the band concert in Wilson Park. The Arkansas city Municipal Band, now in its 147th year, combined with the Winfield City Band, almost as old, for a joint concert. They were in fine form, and did nice renditions of our state song (Home on the Range), a Wizard of Oz medley, Souza's Washington Post, and other old favorites. After the concert I went across the street to Braum's for a double cone, then headed home. After only about a mile the car suddenly lost power and suddenly started making a familiar and unwelcome sound. I pulled off the road, opened the hood, and found this. 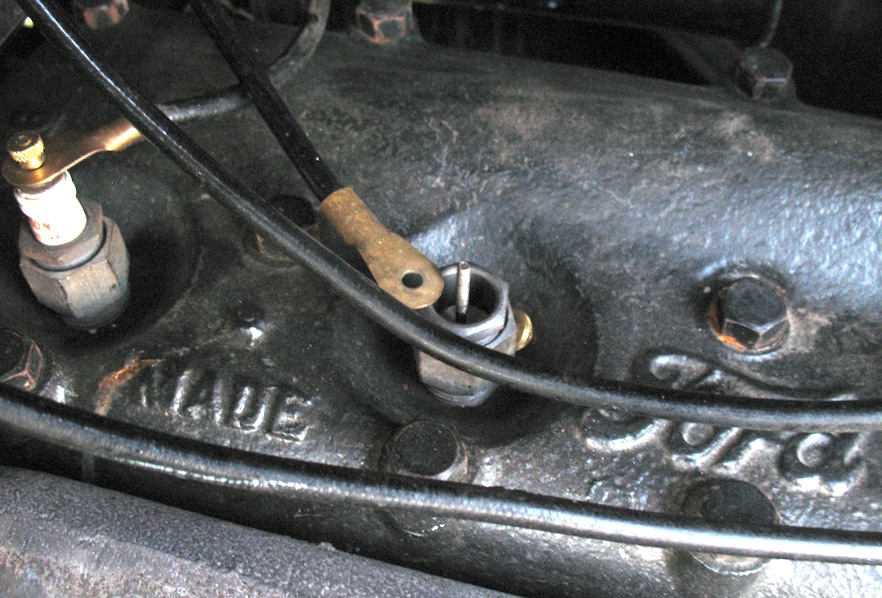 It didn't take long to get a spare plug out of the tool box, install it, and drive on home. 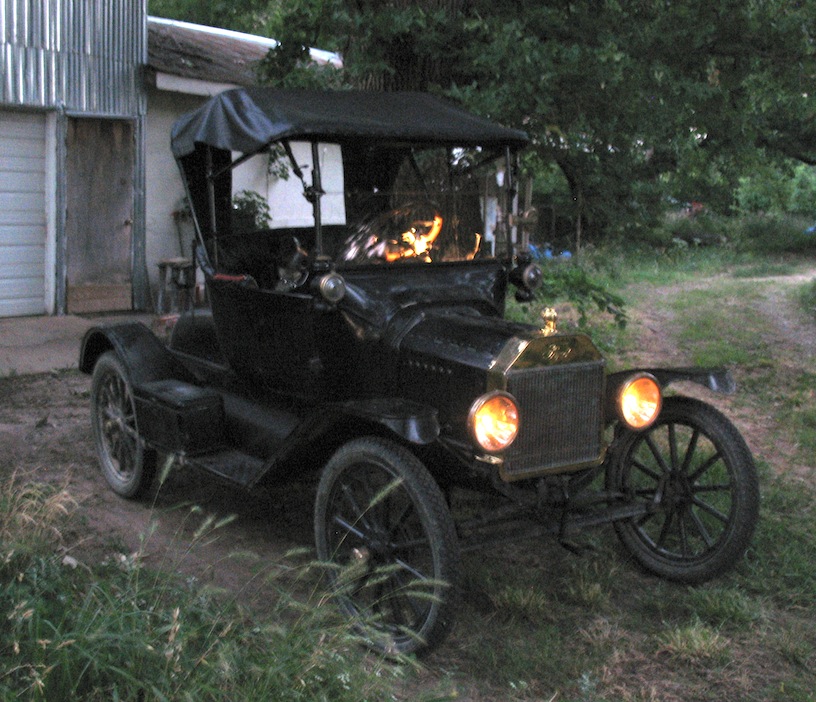 We have a nice crop of lightning bugs this year, and they were all around, but none of them made it into the picture. 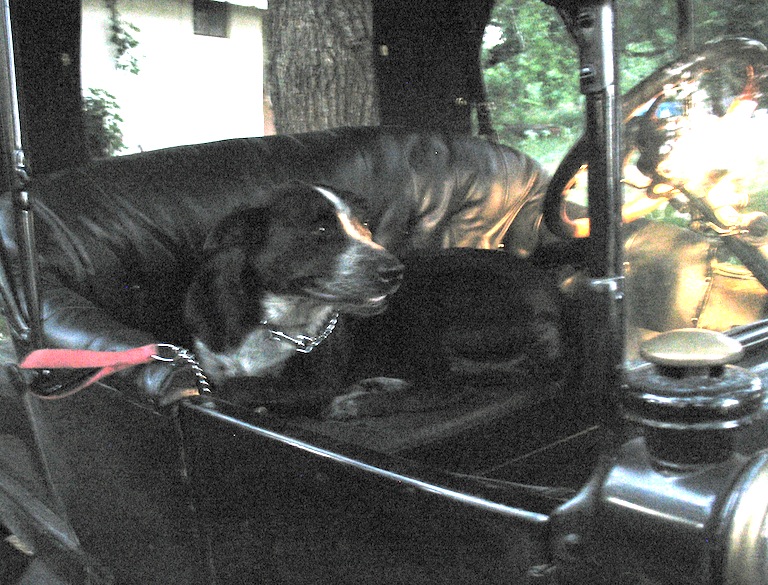 Shorty used to be a reluctant rider, but now whenever that car starts up she's ready to go.

When I got home I dismantled the failed plug and found that the bottom half of the insulator was broken in two and the top half was gone. This is the fourth or fifth plug I've had break like this. I wonder if there's something I'm doing that causes it.

Steve. I couldn't help to notice next to the word MADe a little bit of rust and what looks like a cack forming. Might want to take a closer look .

Yes, it's an old crack. I patched it when I had the head off, but it's developed a little leak.

Steve, maybe the only thing you're doing wrong is trusting these old plugs can continue to give good service after 90+ years. Even some new plugs it seems now crap out without warning.

This is the main reason I do not take them apart unless there is a compelling reason to do so. I simply fear my taking them apart and tightening them back together will result in a minute fracture that could eventually fully fail. Half century and older porcelain can be very fragile. Simply compressing the new copper seal could do it.
I don't know if that is what it is or not. But that is what I would suspect.

Not criticizing the thrifty, but when one finds a shoe box full of used Champ-X at a swap meet, church tag sale, etc for a dollar, there probably was a good reason why the former owner(s) of the plugs discarded them 80 or more years ago. They too were likely thrifty folk and couldn't part with junk bb/c it might come in handy in the future. A non-working plug that was tossed 80 yrs back didn't improve much with age, and taking apart cleaning and re-torqueing on the fragile porcelain does not necessarily make the plug great again. I know you will eventually find some reliable, restorable plugs from that dollar box, but the adventure to success will involve numerous experiences like you report. I'm glad you did not have to walk and I truly enjoy your posts. Best, jb

X2 on what JAB said.

Well them 2 dollar 3095's from Advance auto aint worth a hoot either. So Steve's Spark plug Bingo probably is no less annoying than to hear a sputter and think , "Dang,I just bought those yesterday!".

Steve I run old plugs as well,I believe they are better then the new plugs.However in the picture of your exploded view of the failed plug I only see one copper gasket,there should be one on each end of the porcelain should there not. Cheers Pete

I agree with Pete, if the plug lacked the top copper washer, that could have contributed to this failure.

Don't use 90+ year-old plugs ? Porcelain is fragile ? I beg to degree. Brittle, yes, but those insulators are semi-vitreous and like other ceramic items, will be the kind of thing archaeologists 10,000 years from now will dig up in perfect condition long after everything else of copper, brass and steel has turned to dust. Steve already proved the old "reconditioned" plugs are better than new ones - what's the worst that can happen ? He solved the problem in about five minutes' time, and will likely get a lot of mileage out of the $2 plugs he rebuilds. Champion made them so you could work on them, I believe!

I use expensive Champion H-14 primer cup spark plugs and i like using a spark plug cleaner or having them bead blasted.Anyone can run out and buy new!!!!!!! Bud in Wheeler,Mi.

I have never even thought to carry a spare plug. In 15K miles, I have never had a failure.

I think I have about $15 Champion X plugs.