Hi, I have wheel carrier that has remnants of what looks like blue paint with red primer underneath. I wonder why that is? 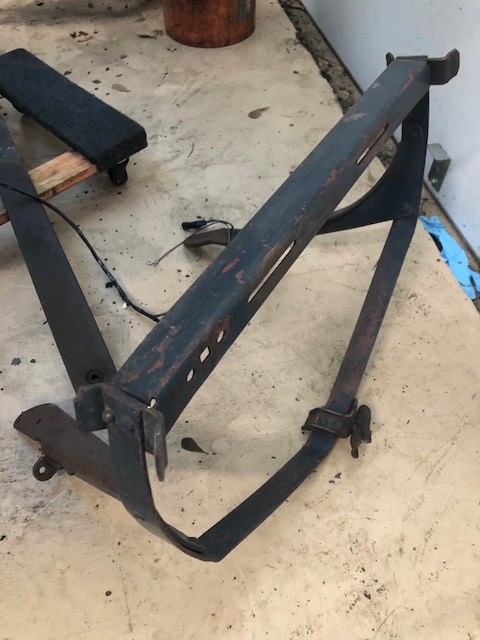 Probably because it was painted by a previous owner !

I don't know about the red primer, but some Model T's were painted dark blue at the factory.

That's one of the many canards about Model T's.

Canard: n. A generally accepted truth that is in fact untrue.

Is it for sale?

Some very early T's were dark blue but not any that had a spare rim carrier for demountables on the rear !

Brooks, not for sale since I bought it to put on mine but this past March at Chicksha I saw several of these for sale cheap and in good condition.

I have had 2 '24 T's and both of them had at one time been painted blue. They may have come from the same area but I will never know for sure. I have information that Shell Petroleum Co. in Illinois had vehicles that were painted blue. These were company cars and at least one of the '24's came with evidence from there. A 100+ year old lady told me her dad worked for the company back then and his car was blue.