Apparently some solders with an Indian Motorcycle and a Dodge. 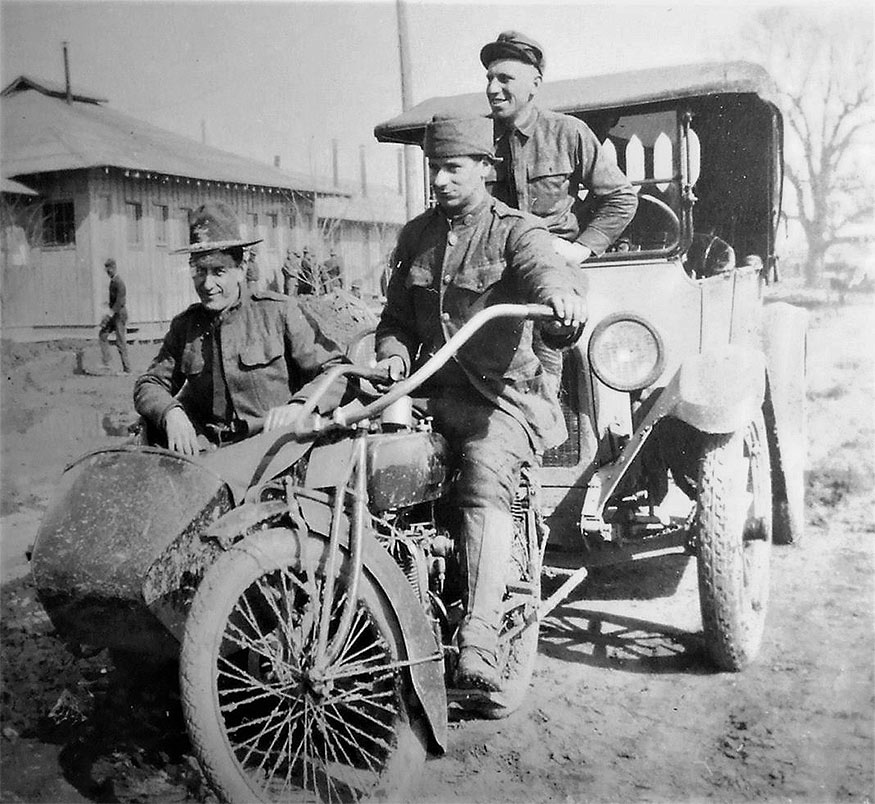 Richard:
thanks for posting this photo … I had a 1917 Dodge Brothers touring that still had some of the old military id #'s on the doors and had sockets on both front fenders for what must have been flags … that was my favorite antique car of all time … powerful and reliable … Dodge "dependability" ...always an optimist...gene french

The first thing that jumped out to me in the photo was the tire tread on the front wheel of the Dodge. That sort of "chain-link" pattern was very common on bicycle tires in those days, and many original examples can still be found. I know car tires were made with that tread, and have seen a few in era photographs, as well as a couple of original advertisements. However, seeing such a clear shot of one in an era photo is quite unusual.

It looks to me like they were taking a great advantage of a "photo op"! It was probably very near the end of the war (either before of after?). I wonder if it was taken in the USA or the European theater?
The Indian does not appear to have official colors or markings?
And the fellow astride the cycle? Can any of our militaria experts tell me what he is wearing on his head? (Besides a "hat"?)

Looks like a wool ''overseas cap'', known by another common name nowdays. 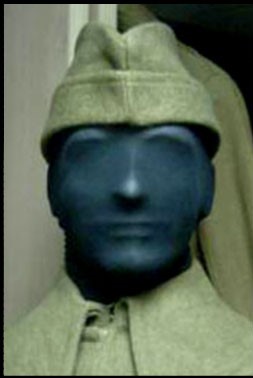 ya looks the same as the guy on the hoods "kepi"

I think going by the handle bars the Indian is
1919

I have a couple of those wool overseas (envelope) caps. No way they can appear as tall as what the fellow is wearing. Maybe it is something similar? Just taller?
Thanks for the replies!

My grandpa drove an Indian in the teens and twenties. We still have the seat frame from it hanging in the barn. Dad tells me he bounced around on the seat in the yard when he was a young boy in the 40s. The story that old seat could tell.