Earlier today I posted a request for guidance. What I should have done at that time was post the link to the dealer selling this car.

He has numerous pictures. From what you can see, does this car look near the nearly $10,000 asking price? I there anything obviously a concern?

Thanks for your input.

William-
Looks like a reasonable asking price. It is a presentable car.
I see a gear shift. Does the car have a Ruckstell or ???

I'd take the lawn mower carburetor off and put on a Holley NH - even if just for pictures. Make sure you give a good information filled mechanical description. (BTW, nobody cares is you won "best of show" at your local car show.

I'd be allowing some extra money on a new wiring loom, Also it would be a 27 with the head lights mounted on a tie bar.

The car looks OK from what can be seen. However, whoever wrote the description doesn't know the first thing about a Model T and it's "evolution". For example, it says the gas tank is under the seat. It was in earlier models, but not in this one, it's under the cowl in this car. It talks about foot controls for the transmission (which is true) but doesn't mention the shifter (probably a Ruskstell rear end). It says a starter was "installed for convenience" when in reality most 1926 T's were equipped with a factory starter.

I guess my point is that I'd take someone with me to look it over who is T knowledgeable. It's pretty clear the seller doesn't know much.

At that price point I think your best bet is to have a local(ish) T guy come along to look at it with you. I see a couple things in the pics which to me are kind of half-assed and I’d certainly want to see if that attitude ran through the whole car or not.

Damage of cracks on lower body tub is typical rust out, appears this one was fixed with Bondo, hence the cracks.

The top frame is off, top sags to the rear, too low. Upholstery is modern vinyl roll and tuck, and door panels, certainly not like Ford did. Color is off and pin strips give the T a customized look.

Details shown provide insight the T does not have proper spring shackles or the '26-'27 spindles. Missing is nickel plating on the steering cluster, (meaning the cluster wasn't restored) and rad. shell and headlamnps, those are just silver paint or powder coat. Front bumper is welded on non-Ford T.

Radiator is aftermarket, and may be old, the photo of the gas tank lid shows bend up metal of the tank, that could need redo if rusted inside.

Horn is Model A mounted out front. No photos of the engine compartment, so don't know if stock ignition or other like distributor. 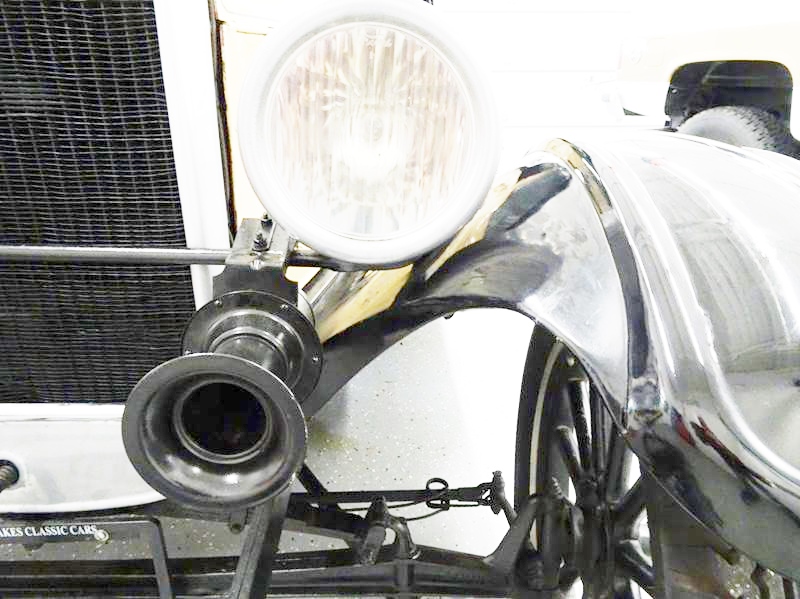 Only real nice thing is that shifter is for the Ruckstell rear axle, nice accessory. 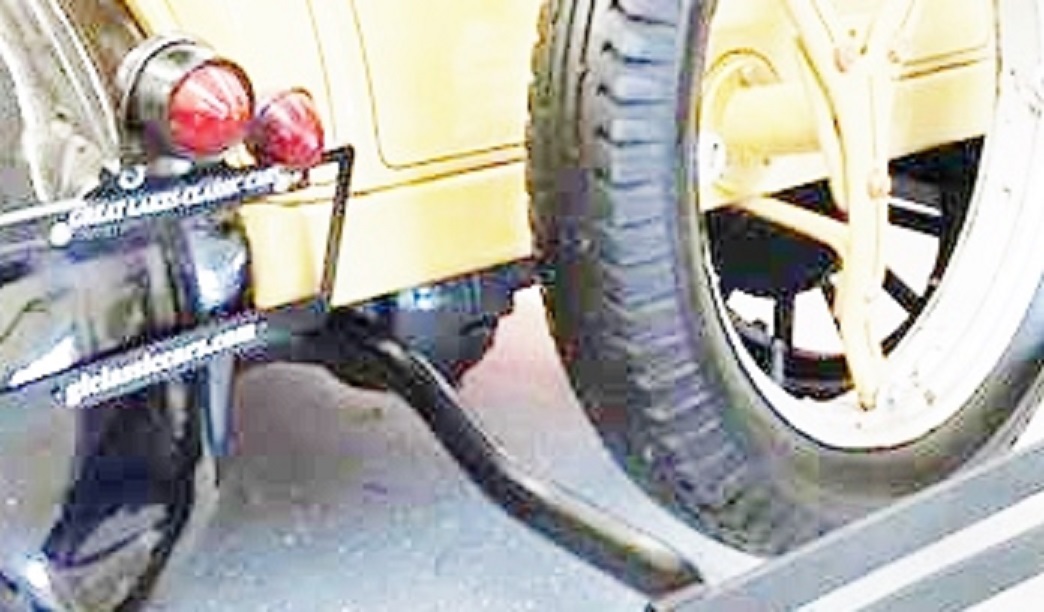 If you really like it and want it, then try to get that asking down, as you will have body work and perhaps mechanical ahead of your fun driving of this T.

William-
I see now that it is a car you are interested in buying....

With a Warford outside brakes is a MUST.

Take a knowledgeable Model T guy with you to look at it. Inspect the wood wheels closely. Besides the plastic coils and lawnmower carburetor I see a lot of other "inaccurate restoration" item would be of concern to me as a perspective buyer.

A lawnmower carburetor? Really? Seeing that, the cheesy aluminum paint, the plastic coils, the rust damage, tacky plastic wiring, etc., etc., I have to question the care that went into all the work on this car. What has been done to the engine, transmission, and rear axle, and by whom? As Keith pointed out, external brakes will be needed to go with the Warford. Last I heard nobody was giving those away. The water pump is a Band-aid often applied to deal with a radiator that no longer radiates. If that's the case here, you can count on kissing an extra eight Benjamins Goodbye. Based on the pictures, what you described, and the fact that the seller doesn't know much about the car, I'd say Dan and Keith are being generous at $7500.

The rear brakes would be good enough for a warford wouldn't they?

Well, with dial-up all I have is the 3/4 front pic, and that front bumper doesn't look like anything period; that horn is a lousy modern knock-off
I would guess that $5K would be too much! I suspect lots of reworking necessary.

After looking at some more of the pictures, it’s my belief that the odds are this car needs a restoration. It may well be a ‘driver’ as-is but based on things like the shape of the wiring, the painted (versus plated) rad shell and headlight rings, the steering stabilizer spring, the underside of the hood not being painted, the water pump, and so on, I would venture that this car was painted and then made operable as cheaply as possible. Only a thorough inspection would justify the price on this one.

Now, I know the folks around here can be pretty harsh on values of cars they don’t own and I guess I’m one of them now too, but we just don’t want to see someone get burned on the purchase of a pretty but mechanically tired car. I figure at this point if you love this one you can pursue it further and get someone with experience to look it over to help determine a fair value, or you can pass it up and wait for the next one. There will always be a next one to come up for sale.

There is not much on that car which doesn't need re-doing, let alone the mechanicals that are unknown.
Much of the work smacks of doing things cheaply.

I'd look for a better one.

The seller admitted he did not know much about the car. That is why I drew on your expertise.

How do you know the mechanical are bad from pictures? My cars look much worse but they're mechanically perfect.

I see a two-piece crank in your future (not really). 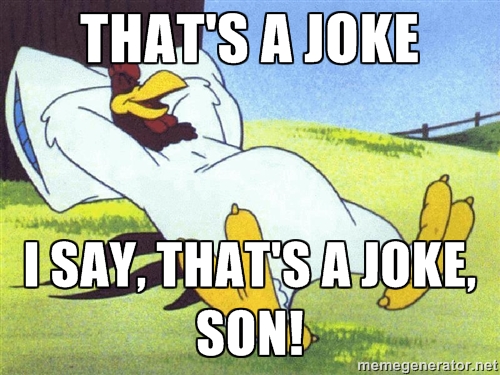 Please take your time and find a car that is being sold by a MTFCA member, who's owned the car for many years and can honestly go over what's been done and what might still be needed.
I would suggest joining a local chapter, attending the monthly meetings, and have the local members check out any perspective buy.

Kep, the truth is we don't know the mechanicals are bad, but we don't know they're good either. There are a number of warning signs that this car has had a cosmetic restoration only and as such without any evidence of mechanical work I would treat (and value) the car the same as an unrestored example or a 60s-70s restoration that would likely need to be gone through.

The car appears to have been redone several decades ago. Back then, lots of "restorations" consisted of getting the car running and giving it a paint job. Very different from what most of us do these days. If I were looking at the car, I'd assume that it will need a complete frame-up restoration and offer on it accordingly.

I agree with comments from previous writers. I would add a couple more. That wiring is horrible and will cause problems. The hood doesn’t fit, actually looks like a chassis sag on the passenger side, note the increased gap on the right side compared to the left. It has a 12 volt alternator which is ok if done correctly but......
It’s ok but I suggest you look around for better car for your pot of gold.

Another note is that the car has a California assigned VIN as shown in the picture. The 26-27 cars made in calendar year 1926 and 1927 should have a frame number. My February 1926 T Coupe is registered in California by the frame number for VIN. This could mean that the car was built up from parts and California required a assigned VIN. If it was me and I had a $10K budget I would be looking for a better car.

It received a somewhat cheap respray at some point...they got paint all over areas where a more careful paint job wouldn't.

In addition to the glaring paint issues, I'm seeing what appears to be some rust bubbles.

Add to that what the others are pointing out and I might be inclined to walk on this one, especially at the asking price.

I'm a retired 40+ year autobody repairman. Not to rain on your parade but this vehicle's body has massive old rust issues. The bottom 4-5 inches of this body is extremely thick bondo applied to missing areas of solid sheet metal. The rockers appear to be the same. These types of cracks are typical of heavy body filler build-up. The inner deck lid panel looks rather poor, the outer skin could have been replaced or just filled full of filler. The brightwork headlight rims and radiator shell have been painted. I personally would not go over $3500.00. This vehicle needs massive body shell restoration, if not replacement. On a scale of 1-10 this body is a 3. Not too good.

Alternatively you could post a wanted ad on the classifieds with what you're after and see what comes up.

I can appreciate constructive criticism. We'll let the reader contemplate it's meaning. I venture to say it can become dicey here in these parts.

I've only driven a Model T approximately half dozen times prior to dismantling it and wouldn't mind traught'n this one down the road even in the state it's in. If it runs it good for me. As someone inferred you can not tell its mechanical condition from pictures. Although he may be correct.

I think everyone post pictures of their T's so we can find solutions to their discrepancies.

I can tell you my car is, "something to be desired" and needs much encouragement.

I hope nobody takes this to heart, just saying!

I have said many times over the years, and to many different people. "I would rather have the worst car on a model T club tour than have the best car sitting in a garage!"

Right now, I would give almost anything to have a T half as nice as the one William Howell is considering, and be driving it.

That said, I do think that for that amount of money? He should do better. But if he decides to get it? I would say he could have done worse, and enjoy it!

Since I have not seen the car in person I can't add much expertise here, but I go along with those
whoi say that it has had a cheap restoration. Kevin got there first, but that car should not have an assigned VIN. Since it does, I can only assume that it has an incorrect frame or the numbers have been ground off of it (always a bad thing) I would determine what is going on with the numbers before I put down ever $1 as a deposit. There are many here with a better eye then mine, but even yrs truly noticed many items that could become problems. I wouldn't run from it, but I think 10 grand is way too high. JMO.

The front bumper brackets should be curved, not straight and they should be longer. The bumper itself is on backwards and not nickel plated. However, I like it, maybe not for 10k or the listing would be gone.