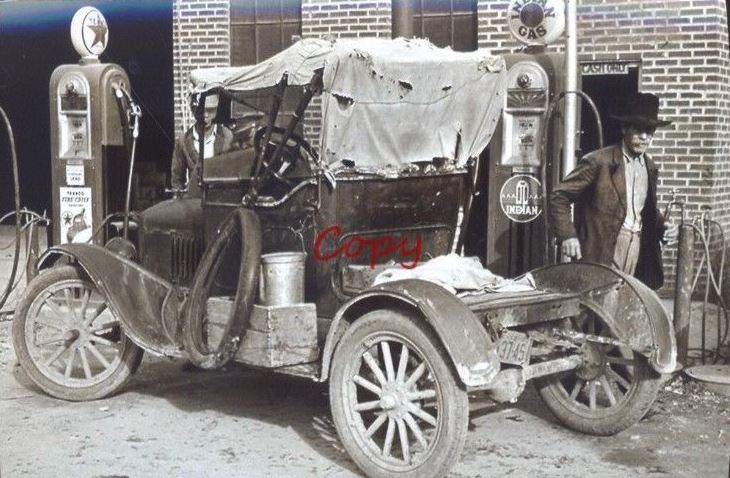 The pumps look a little later.

The owner was no doubt an interesting old codger. He has maintained a 30 year old car and it looks like it has been well used.
Rich

2 more payments and it's mine. or; put a dollar's worth of gas in it and that's all its gonna' git fer a week.

Wow that car is almost beat to death!!

Takes a lickin' and keeps on tickin'

I thought Jed Clampett had an Olds.

Can anyone identify the license plate ? I'd guess the photo was taken in the early '50s. I remember seeing the occasional "beater" about like this T, driven by old fellows like him who were likely near fifty before they traded a team for an auty-mo-beel ! (they were usually Model As though).

And a large person has undoubtedly sat on every fender. The right rear fender bracket is horribly bent but check out the heavy strap metal added to support that fender...Ha!

New ('90's) Colonial grain material on my "outdoors" Runabout is shown after 15 years and 20 years after light hail. I suspect the original top lasted about that long if the car was kept outside. His canvas repairs would have needed to be renewed every few years. I agree with Rich B. and '50s. 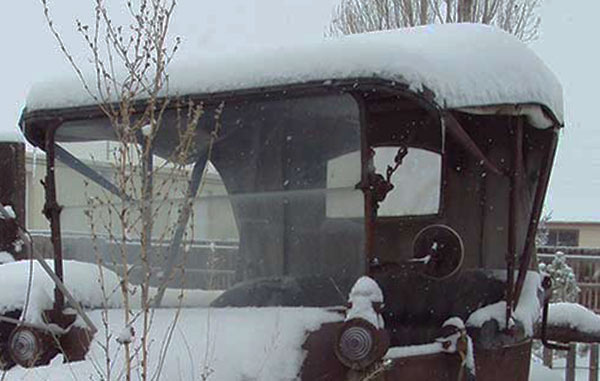 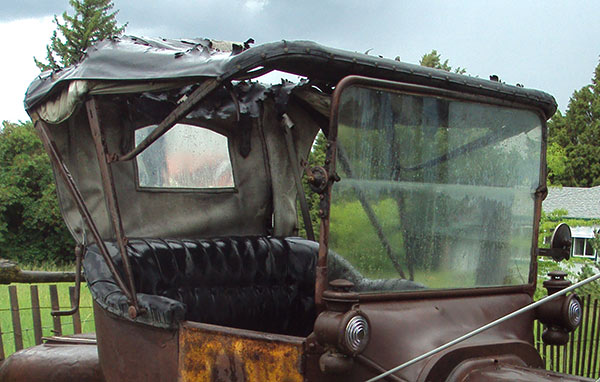 He probably carried feed or hay bales on those fenders. A Texas tag, I do believe. I saw many an old geezer in town off the ranches when I was growing up in Burkburnett, Texas in the 50's.

got one of them pumps to. charley

That photo was posted a while back on the "Traces of Texas" page on Facebook.

I believe it was from 1939 near San Augustine, TX

Goes to show that Model T's would keep going to the very last. First the body then the engine. A little later they sometimes became a trailer. Wouldn't be surprised if thats what happened to this one.

The colonial grain that was used for years, and I guess it's still available, has been replaced by Turf Grain, which has a high gloss, and is the material Classtique uses. It's not the same as the original Ford grain, but is quite close.