Mr. Leslie Jones worked as a photographer for The Boston Herald Traveller from 1917-1956. A categorized collection of his photographs can be found here: 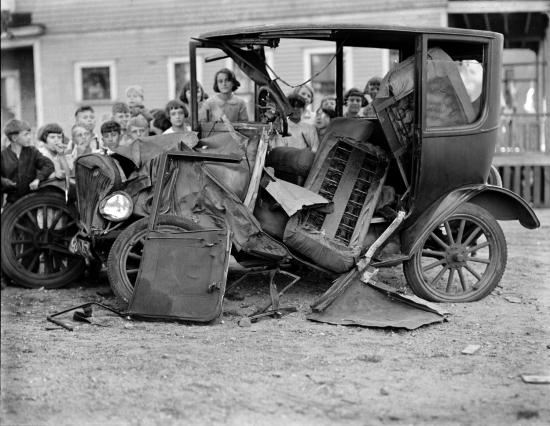 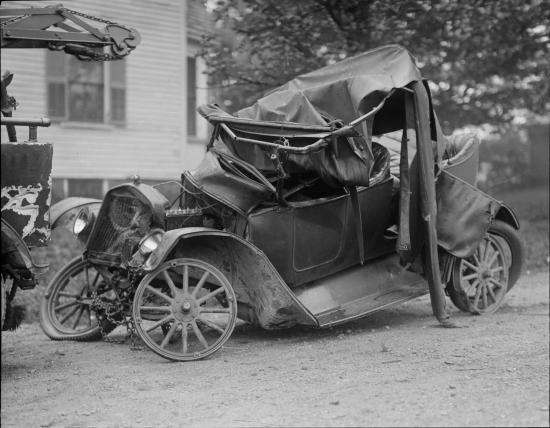 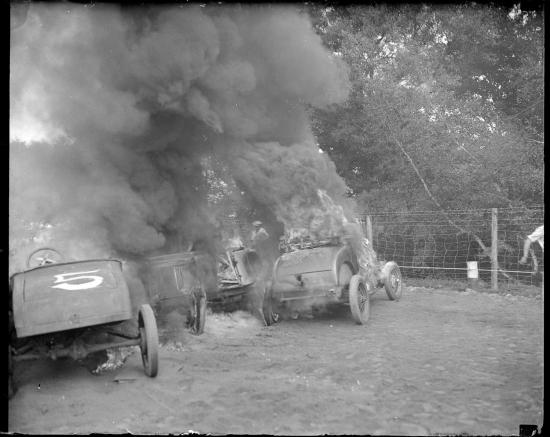 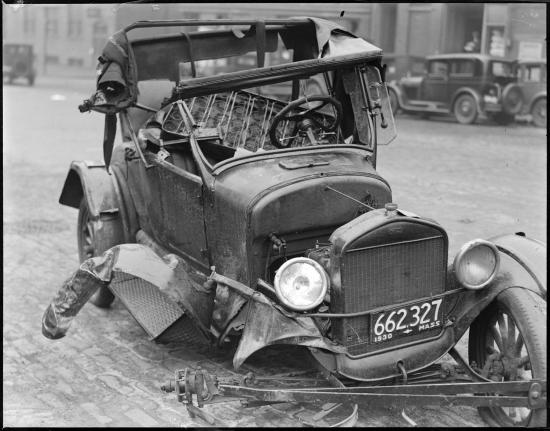 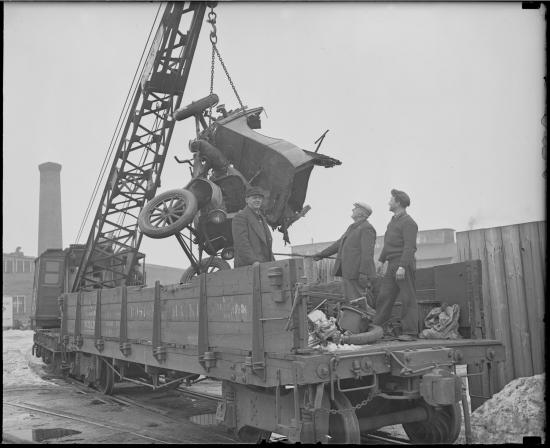 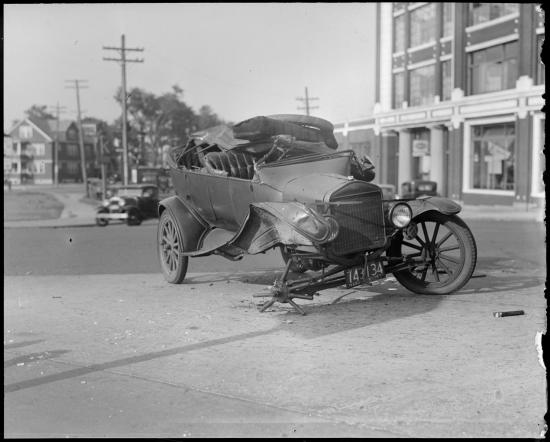 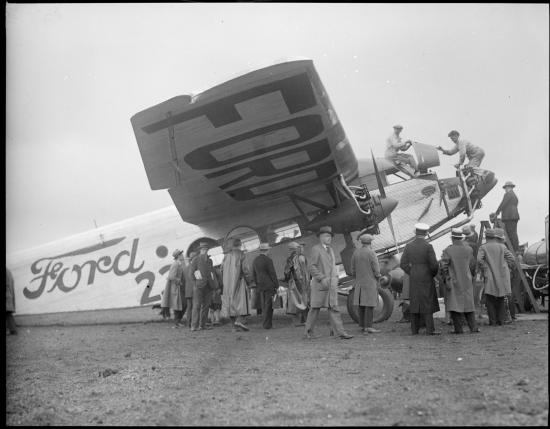 That's a reeeeeaaalllly early Ford trimotor in the last pic and must be just about brand new. I've never seen a picture of one with prop spinners on it before, they must have been the first thing to get tossed in service.

Tim, this one didnt have them! 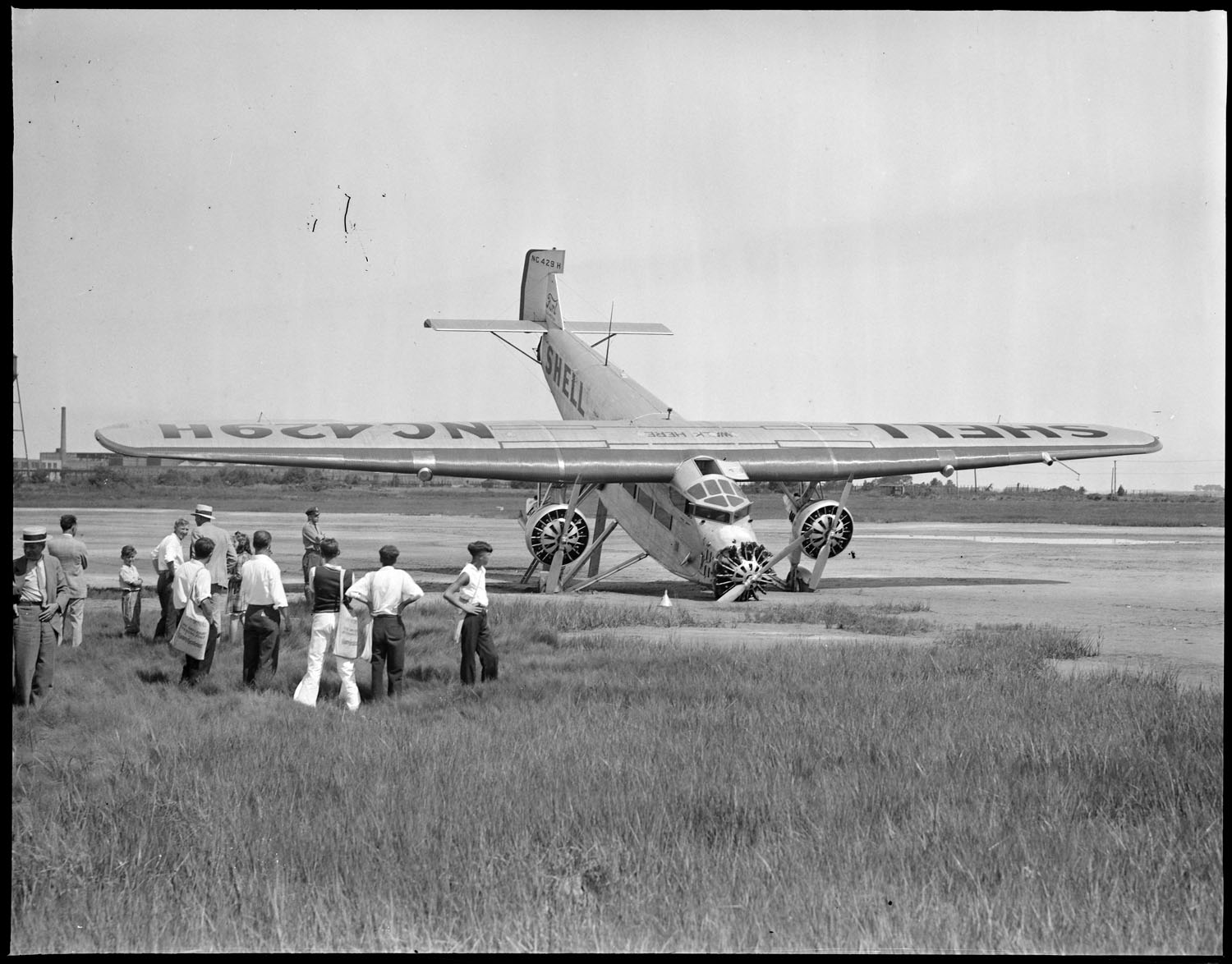 I wonder how many of the balled-up cars had an encounter with a street car. A '20s trolley weighs about the same as a modern semi-truck.

I doubt if Trimotors were delivered with spinners, which operators later removed. I think those are just different engines on a very early plane. some web surfing only produced one other picture of a Trimotor with that engine/exhaust configuration.

Is the last picture of a rescue drill or something similar? The back of the plane is propped up with a couple of boards. Don

If you look at the wheels & front prop, they're in soft sand. Looks like an emergency landing.

I think it is in shallow water in a swampy area and the water is of full of watercress seeds and algae, making it appear somewhat solid.

The board propping up the rear is probably keeping the tail from coming down in a wind and causing further damage. You can also see a ladder is leading up to the passenger compartment door, although I'll bet if there were any passengers on this flight, they probably followed the pilots out the hatch above the cockpit, slid down the nose, and then burned their shoes and hands on the engine!

Man,that poor C-cab being dropped in for recycling. Wish that was sitting at my house. Neat pictures. - Matt

Here's a bit of the history on the Tri-Motor- NC429H.
Apparently it was originally bought by a Mr. Timken (yes, THAT Timken...) for his teenage son as a birthday present. Unfortunately, junior quickly got bored with it and he sold it to Shell Oil, who in turn sold it to the Colombian Army, then it crashed and burned in the jungle, then it was salvaged.... etc., etc.