I had a bad failure in my TT during a tour today. It ran great all the way during the tour, but on the way home, as I started to speed up in Ruckstell low, the rear axle suddenly locked up and stalled the truck. I had it towed home and now need to rebuild it. I checked the Warford and it was clean. When I drained the rear axle, several bronze pieces came out. I'm thinking the thrust plate is broken.

Now, I rebuilt this axle about two years ago and it doesn't have many miles on it. So, did I break it or just old age parts? What I mean is, my TT has an old cast iron Warford that I installed last year along with the Ruckstell. Since I am no good at actually shifting the Warford, I discussed it with other members and decided to leave it in overdrive and just shift the Ruckstell from low to high instead. I'm not light on the throttle, so I drive at full speed most of the time. I shift from high to low when slowing down, etc. So, from a stop, I have the Ruckstell in low and the pedal in low gear. I accelerate, shift the pedal into high and let it top out and then lightly press on the pedal and shift the Ruckstell into high. It's not 100% smooth like an auto tranny; it kind of pops in and out, but varies depending on how good I am with the pedal and rpm.

So, am I a bad TT owner or just possibly unlucky? Thanks!

Possibly unlucky!
Pics of the tear down much awaited.

(My TT Ruckstell went 'bang' a few years ago and put me in to instant free wheel - just as we were coming up to an intersection.

Luckily the TT ran OK in 'Ford' direct so we got home all right. The basket holding the planet gears had broken...

This is why we like old machine - keeps our hands greasey!

Really lucky I suppose. Do you have auxiliary brakes? If not and you survived go buy a lottery ticket.

I didn't have to worry about brakes; the rear axle locked up. It seems like the bronze thrust plate broke. I haven't had a chance to drop it yet. The last time I did, I released the axle from the springs, leaving the perches in place. I watched a video that showed on the assembly line the shackles and perches were attached to the springs and then lowered over the axle, fitting the perches into the backer plates. Does this sound like a good plan instead of a spring spreader?

"Does this sound like a good plan instead of a spring spreader?"

Worked for me just as you described.

Chris B.
I would say that one or more of the little planetary gears have seized on there pin/axles and could have sheared the pin/axles/. Lose pieces
have then broken the bronze carrier. Seeing you run the aux/box in o/drive with the Rux in low range, those little gears would be really spinning and would have starved from lubrication.
Your question...
'So'....I don't think you are unlucky, after all you own the best model Ford of the era, A "TT".

If you try to improve the fit of Ruckstell parts by making oversize parts, they will seize.

Chris, I had a job rebuilding a seized Ruckstell in a 27 roadster. As in Neil's case, one of the planetary gears had seized on its pin. Another had gotten so hot it had sheared off and the stub left in the plate was welded in with the heat.

The hard to understand part of the deal was the axle had been rebuilt some years before, and the car used as a daily driver since the rebuild and had covered thousands of miles before this event. Lack of lubrication may have been the cause, but there was no lack of oil in the diff.

One of life's little T mysteries.

Would the gears have starved for oil even though it was full? I'd like to learn to shift the cast iron Warford, but I'm told it's a best without a gas pedal.

Chris B.
They will seize and lock up. When you feel the sensation of running into a big puddle of water, quickly pull the shift lever out of low range to let them cool and hopefully they will be free. On a long climb I now alternate between Rux low/Ford high and Rux direct/Ford low. I feel that the oil gets back to where it should be. I also run a light oil, sae90 with a friction modifier. Seems to have worked for the last 40 years. I also welded scoops on the bell to pull the lube oil back into the inner gear area.
I think it would be best to shift the warford WITH a gas pedal. Regards...Neil.

I finally had time to pull the rear axle apart today. Here's what the worm gear and worm look like after catastrophic failure. There was plenty of oil in the housing and it looks like it was well-distributed to the parts.
The axles don't look scored and you can still see the Ford stamp on it. 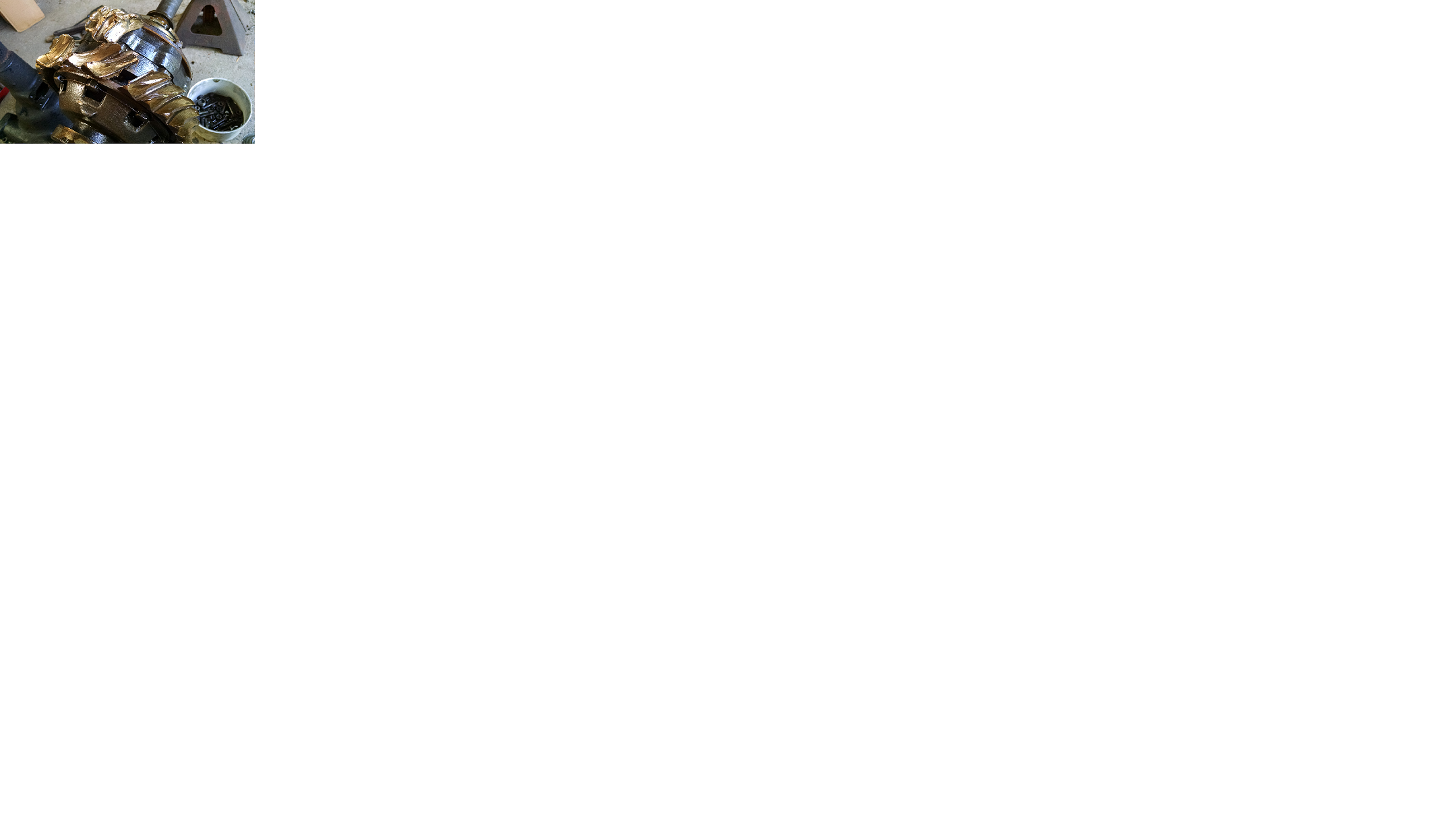 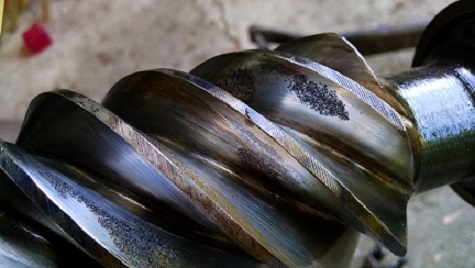 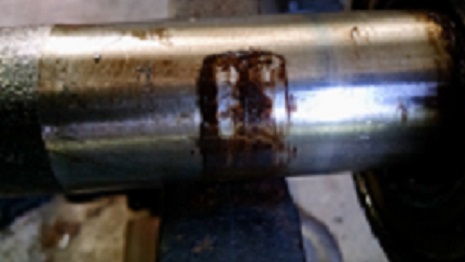