Trying to find when engine # 15,123,174 was made. it is in a TT which is said to be all original. My chart shows the engine was built after the official 1927 production run stopped. How do You determine DOM. I understand Ford built the model T engines long after the model t was replaced by the model A ?

T engines were built until sometime in 1941.
TT trucks were also built after spring of ‘27.

Serial numbers are listed in Bruce McCalley's Model T Encyclopedia. That one is July, 1928.

Thanks. For the information Aaron and Steve.

If it is all original the same numbers should be stamped on the top of the passenger side frame rail.

Or check the driver's frame rail! Suspect the engine number stamper guy could cross over to the other side of the assembly line too 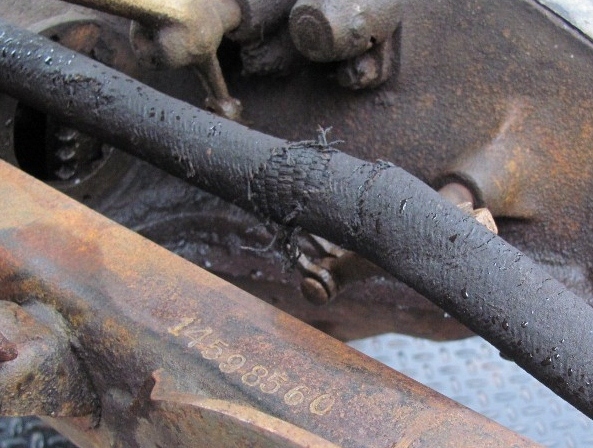 Jim the Enclosed TTs were built at least until December 1927 one of which I have. The C-cab production ceased in August 1926.

This is definitely one where we would like to know if the engine really was original to the chassis or not and if the chassis was assembled at one of the regular Ford Plants (either the main plant or a branch assembly plant).

A lot can change over the previous 90 or so years. But if the frame number and engine number agree -- then it is the beginning of a potential great story. At that point I would encourage you to check out other items -- such as the longer running boards it would have etc.

I know of other cars that were thought to be totally original but investigation showed they had actually been modified / repaired way back in the day. And if the replacement was done back in 1928 -- it would probably look like the engine had been there the entire time.

Looking forward to what you discover.

Fred, Thank you for the information on what months the TT Closed Cab and C Cabs were built through.

I must ask though on the C Cabs, did you mean August, 1926, or 1927? Just wondering. Also, Might I ask where you found that information?