Just looked at this 23 and it has gas side lights and rear light.
It’s a very nice rebuild 16 years ago, but these lights are way wrong I think
He’s asking $24000 Canadian.
I told him way too much for it.
PaulB 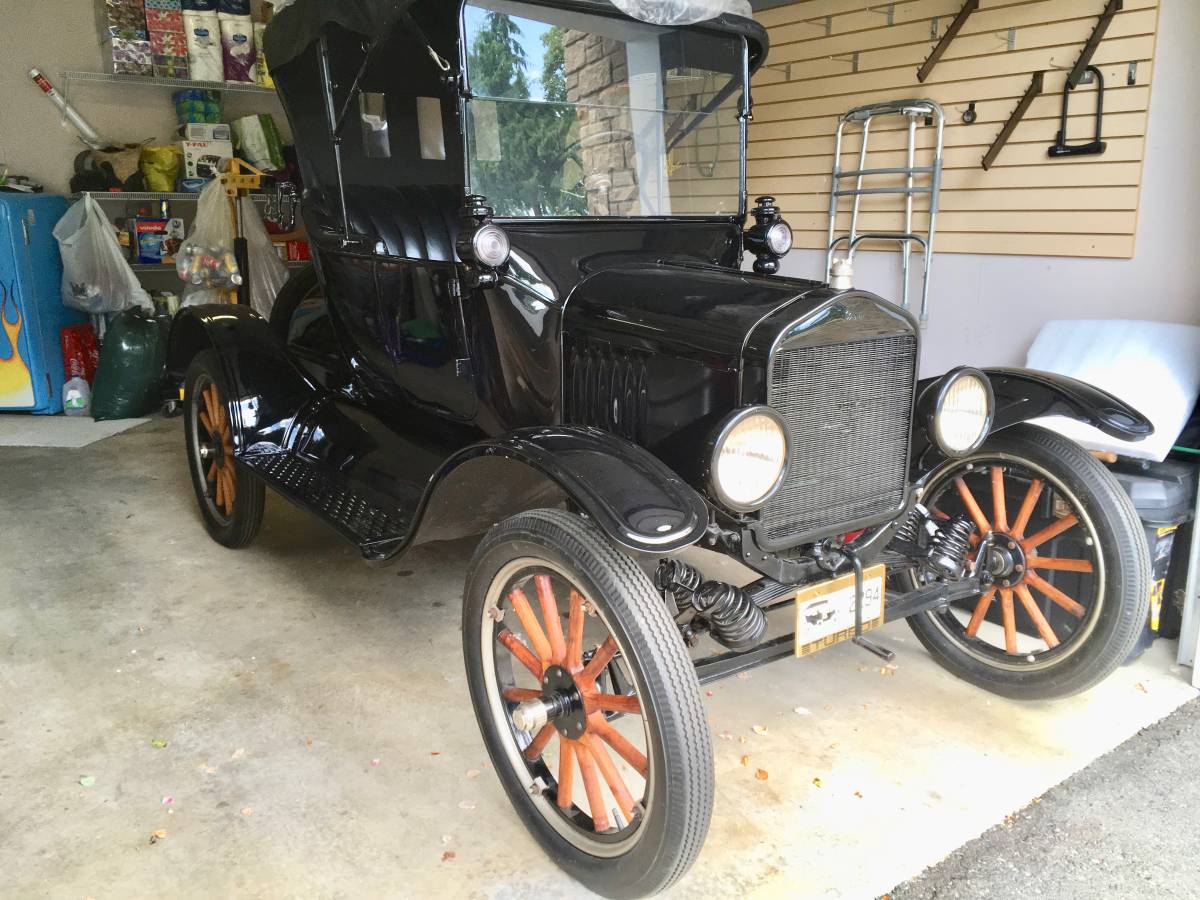 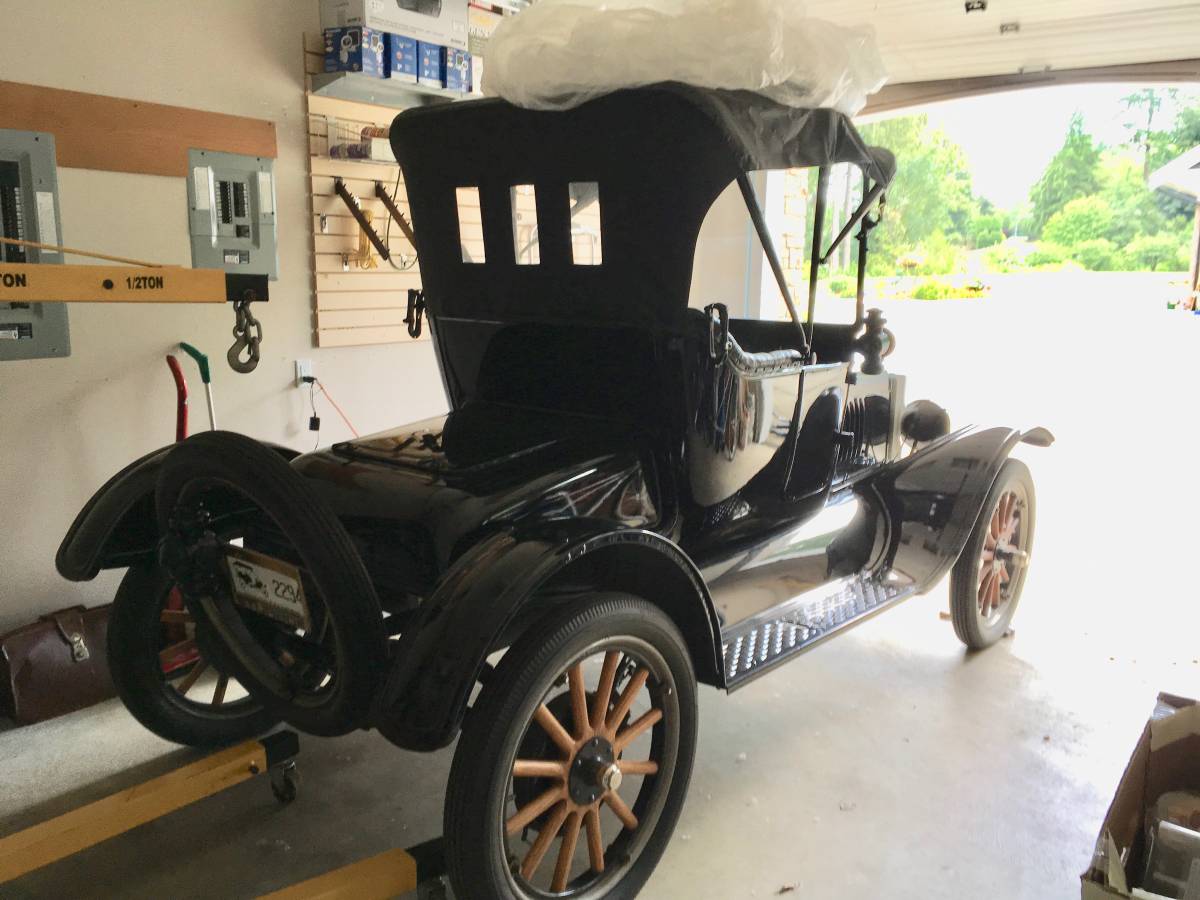 It’s not a ‘23. It’s more likely, a ‘21 or ‘22. The top is all screwed up and there’s no way to fix it without replacing it. The front bow is supposed to be moved up into the higher lugs on the middle bow before the covering is installed. The way that this one is installed, will make it very difficult to get in and out of the car with the top up.

Oh, I forgot about the lights. They look correct for a non-starter car of this era.

The top has not been put up properly. The front bow needs to be moved up on the second bow to make the front bow almost horizontal. If that is done it will look much better. The sidelights and taillight are not gas but kerosene. They are correct for this year car without a starter, or with a starter the sidelights are an accessory added to the car. Overall the car looks quite nice, with a good shine to the paint. It also has double front Hassler shocks, what appear to be accessory rear brakes and nice varnished wooden spokes. I do not know how much $ 24000 Canadian is exactly but it is probably too much for this car. And getting the plastic off the top of the car will help. 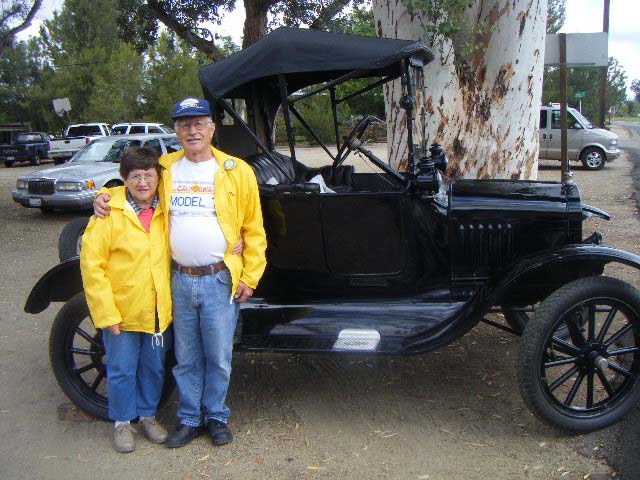 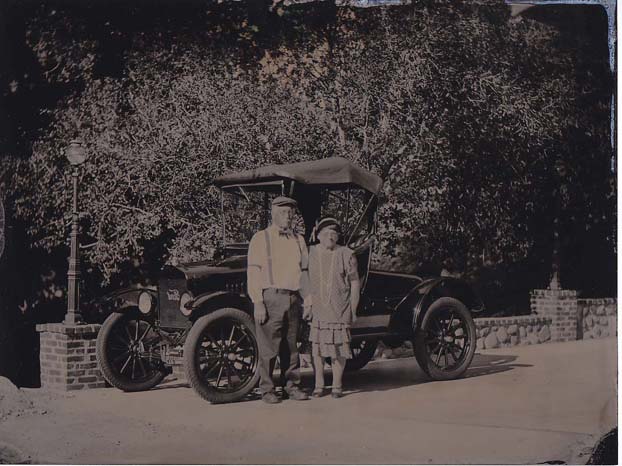 Here are a couple pictures of my 22. Your car looks like this. It has a low radiator. They changed to the slant windshield sometime in 1923 so there are some 23's which look like 22's. It is my understanding that the Ford company had several assembly plants and they built the current model until they ran out of parts and then started making the next model. So the dates could overlap depending on where the car was assembled.
Norm

I don't know what the exchange rate is but in USA the car would be around $10,000 to 12,000 depending on condition. Mine has a Ruckstell axle which was on it when I bought it.
Norm

Thanks everyone for your expert opinions as I knew you would come through.
It has a Rucksrell and the underside is very clean,not a bit of rust anywhere.
The exchange rate is about 30-32%.
Thanks again, PaulB

My 20 also has sidelights, but no gas tail light. Like the others have said, the front bow needs to be moved up to the top position while running. Then it needs to be in front of and level with the top of the windshield, with the wind flap falling in front of the windshield. The middle bow should be perfectly vertical in that position. if not, you may need to repair the top and make it right. My 20 front bow sat 4 inches above the windshield, and I had to get new pads and straps, but was able to stretch the top to fit. (just finished a month ago). It had been replaced by the previous owner only 3 years ago and done incorrectly. I like the brakes and Hastlers. You'll love the Ruckstell.
Picture is before the top repair 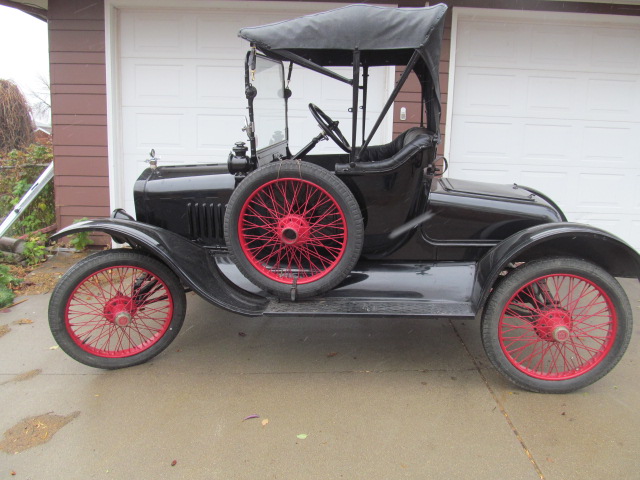 Paul - I think if I were you, I'd go after that car! Yeah,....if the exchange rate is 32%, $24,000 Canadian is a bit much, but figure that nobody asks what they really expect to get for the car, unless they specify the price is "FIRM", and that car really has a lot of equipment on it. The Ruckstell is worth $2600 by todays prices, the auxiliary brakes are worth another $1,000, and it could have old partly worn out tires and questionable wheels, however, the tires & wheels look great! If it needed new tires, that's roughly another $1,000 as well, and wheels, they can be more "spendy" yet if it needed better wheels.

Paul, if the car is Canadian, it may be well earlier than 23. The Canadians went to slant windscreens and one man tops earlier than US cars. The upright windscreen and two man top on that car indicate it is an early 20s model. Others more familiar with Canadian cars may be able to pinpoint it for you.

The top will straighten out if the bows are placed in the upper position. Looks to be a pretty nice car. It has double front hassles which will give it a smoother ride. Looks like it's a 19 or 20. I would ck to see if the radiator is an original or a newer one. It looks like an original so that may be a heating issue.

An offer of 12.000 would be a good offer if the engine and radiator are in good shape if it is a nice rebuild.

The top rest clamps are Canadian as are the wheel lugs. The top says '19 or earlier as does the windshield assembly. The front spring clamp is '20 or later. A Canadian '23 top should have two oval glass windows and of course the slant windshield. Possibly this car is a '23 with a '17-'19 body.

Dave that kinda goes along the with the questions I was thinking about. Does it have the drivers side door? Is it a Canadian or US car? Along with the slant windshield, the bottom section would open.

Mark, yes that's it. The photos don't show the drivers door which causes uncertainty. It is a nice looking car. Correct enough looking for all but us purist types.

But even at the exchange rate, very over priced. There are a lot of cars for sale on Craigs list here in the NW. Some maybe listed at about ball park others not so much. Go to Craigs list and look at cars in Portland, Salem, Eugene Oregon and Seattle Washington. Heck there are at least one or two listed here that live up in BC!

Dr. Noel, is that considered a "Doctor's Runabout"?