Hi, I have this 1912 engine block in Australia with an engine number between 111400 and 111500. The question I would like to ask is because this engine is in Australia could it be possible that it was delivered in a Canadian production vehicle to Australia. Were these engines sent to Canada for production. 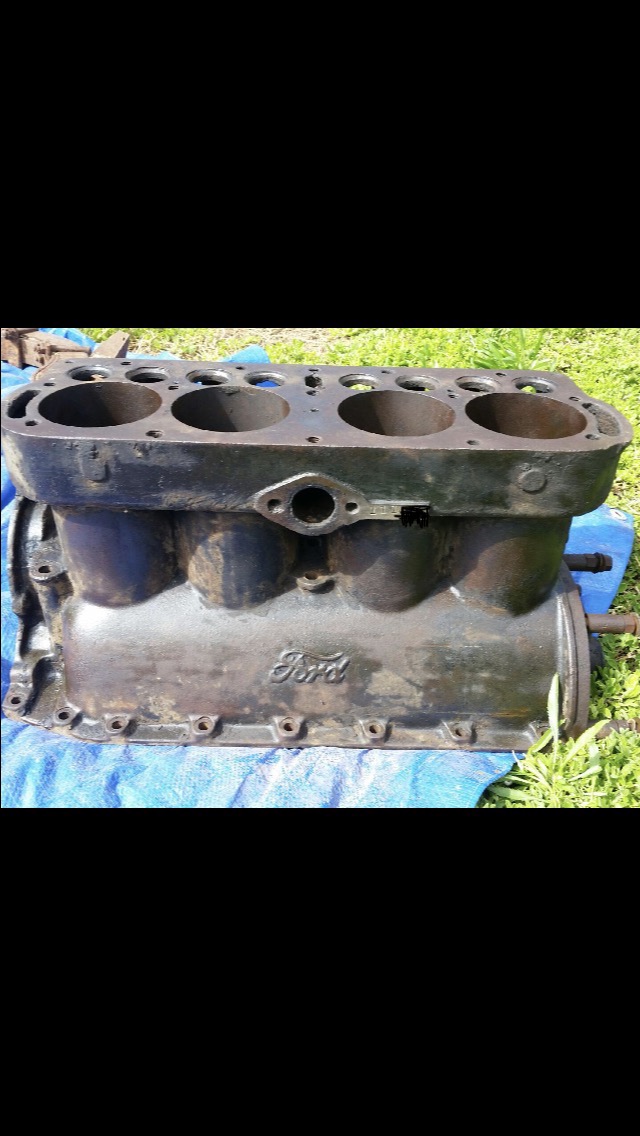 Interesting location for number. My late 1912 Canadian block is above the water inlet. Mine is a B series block so I don't know how that factors in....

That location is not common, but I've seen it many times.

Check the Ford on the block for where the "Made In USA" was ground off. I have a late 12/early 13 block that was from a Canadian car and you can see where they ground that off. I have been told that is what was done till Canada started making blocks. Dan

What I discovered recently with my '12 block is a failsafe way to determine an early block is to look inside at the back to find only one vertical gusset centered under the third main bearing. I don't know when they changed to two gussets but the '13 blocks I have checked did not have the single one.

Sorry for the mistake.

My 12 is Canadian it only has ford on the side and never had made in the USA on it . my block and serial number are 146--- and it is a sept 1912 car made in Walkerville Cheers from Winnipeg

4/16/12 was when the made in USA was added to the block and usually chiseled off for Canadian T's, not ground.

I should have mentioned on why it looks funny,the numbers are on top of the water inlet, the block is upside down as the date was fitted upside down. 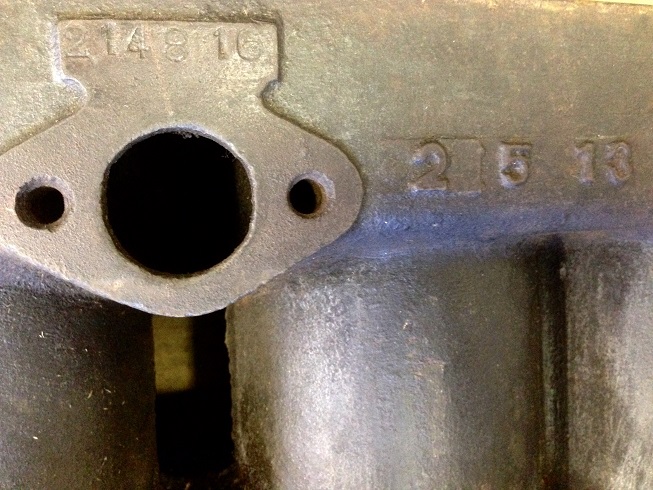 It appears the casting mold for my block must have been a survivor in that there is but a single gusset. 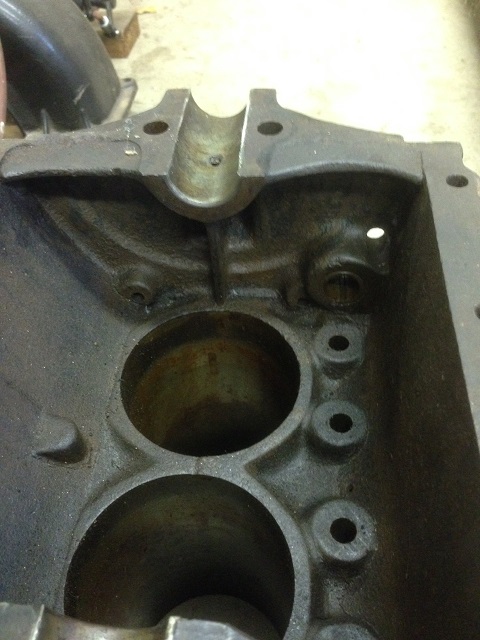 I learned something new today thanks to the forum.

I thought that everything prior to 1913 that Ford of Canada had was made in the USA but starting in 1913 sometime they began to make their own things and that is when Made in Canada or Canadian marking in general began to appear and various features of the T didn't necessarily line up with what was going one on either side of the border after that. Steve Stapely is the guy that I always thought had the most correct info on these issues.

Weren't there four different locations for the serial number in model year 1912? Earliest on the other side behind the cam gear (or did that end in 1911 model year?). Then it moved to above the water inlet, but on a crude spot at the top of the block (with the casting date below it on some as I recall). Then it was on an embossment behind the water inlet, as shown in the original post. About the middle of the model year, it finally ended up where it remained for the rest of model T production, above the water inlet on a nice embossment.

Before my computer had a partial meltdown last year? I had a number of excellent threads bookmarked on this subject. Wish I still had those bookmarks.

Thanks Tim W! I may have lost my bookmarks? But maybe I haven't yet lost my mind?
Is that '12 shaping up okay yet?

I have an April '13 block, with the casting data over the inlet as pictured above. It isn't legible however, but clearly has an unmodified '13 engine number below it. My theory is this block was at the bottom of the pile outside when the blocks were curing, and it took them awhile to get to the bottom.

Thanks all for the feedback much appreciated
Michael

Rich, Thanks for posting the picture of your '13 block.

Larry, can you check your block for a single gusset?

The raised area with the stamped numbers looks discolored to the rest of the block composite material.. & the fact the stamping of numbers is quite deep has me personally to believe that it was added by someone other than the factory at later date.. its too prominent .all it takes is for somebody to weld on material grind it back..then heat the area till its red hot then stamp the numbers in..hence the depth and discolored area..

? The only thing I see is it was wire wheeled to clean off the rust and such.

The stamped area was cleaned off to identify the numbers clearly. Thanks for the input.
Michael

Besides, if you read the comments posted above this would have been one of the configurations the number stamp area could have come in.