Over the past 50 years we have worn out the right side running board, so I found one on Ebay but the treads are spaced apart the treads on the 12 almost touch. The number of treads are the same . Is this an earlier board? cheers Colin

USA ones are only listed a being early (up to 1912) if the script is along the running board not across it (1913 on) but as you can see they can be different not only in the tread pattern but also in the position of the Ford script.

Something that probably should be noted for those such as Colin who has such a vehicle and wants to remain original.

These have had holes welded hence the marks in them.

As they are on opposite sides of the car one would be hard pressed to be able to compare their differences, could have happened at the factory??

If this helps, this is what my early '13 Canadian running board looks like. Engine number B 872. My car is a very complete original car. Note three holes only for carbide generator. 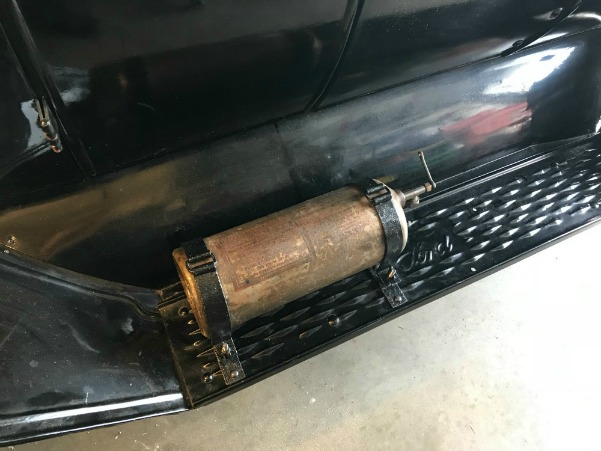 Nice find on that running board. The photos below that remind me of what I had to do to the RH running board on my '13, because some dick owner before me had to have a tool box!

WOW Larry, tell us how you really feel.
Holes can be repaired

Might be a bit kinder to this mail man, hard working guy with his hard working early T that has a running board mounted tool box too. 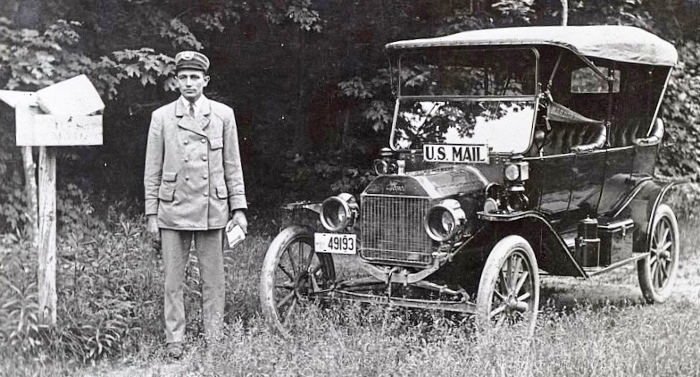