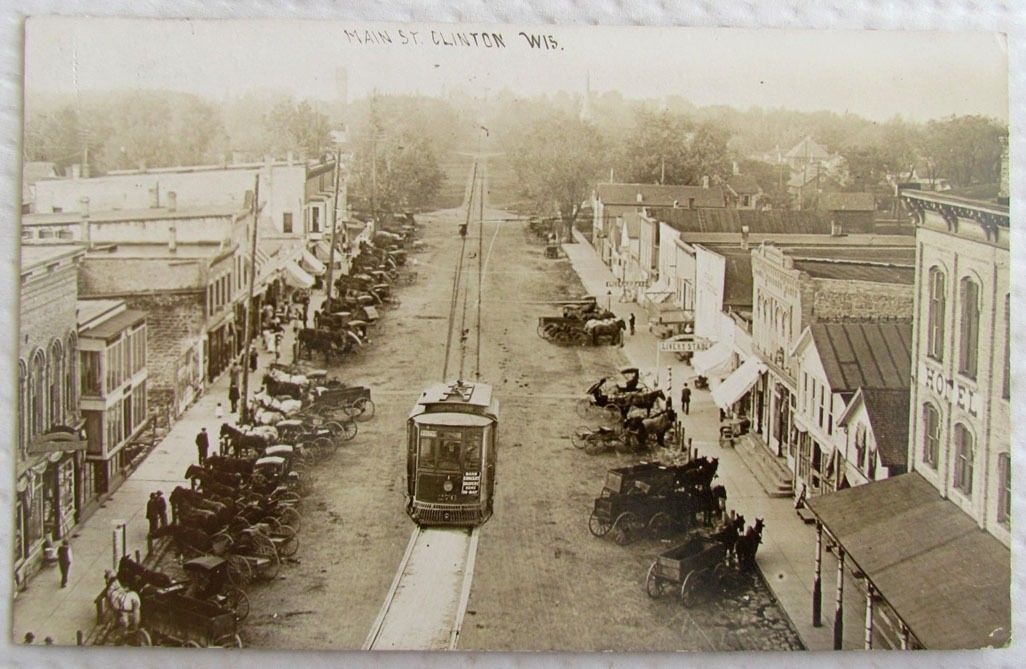 Now that's a cool picture! Do you think the train station is off in the distance at the top of the photo?

In Michigan, they used to run light rail trolleys out 30-40 miles from Detroit. A great public transportation system! Somebody named Ford produced a product that did them in :-)

In case everyone doesn't know it, picture postcards of small towns with street cars are quite common. They were "photoshopped" back then to create those scenes. Early 20th century humor meant to make a small rural town look like it had the big city street car.

Diagonal parking........with horses?? I'll bet backing out of a "parking space" was a bit challenging at times!

James - looking at the photo I see you are correct. The trolley was added. That said, my home town did have one :-)
George, as someone with a lot of experience driving horses, I can tell you that backing out of a diagonal space would be a lot easier than parallel parking! Diagonal parking carried over into the early days of the automobile as well but is much less common now.

So, James, is this picture "photo-shopped" ?? That's mighty interesting ! Tim J. , yup ! well-trained horses back readily and handily, teams have to. You wouldn't pull a heavily loaded wagon with its long tongue by hand up to the team to hitch up !

Looking at Clinton now, it is highly unlikely that it ever had a streetcar. It is too small. Main St no longer exists either.

GEORGE, Ive had horses that tought me what I needed to know,I bet when the driver picked the reins up with a slight tug and a low voice, back, that's just what ole dobbin did, they love to pleas,and work with you, boy I miss my horses.they are not dumb and like to be used.

With James' clue that streetcar photos were often staged, looks to me like an electric street car, there's no support for an overhead wire on the right side of the picture. The curve of the tracks is suspicious, the street seems to run plumb straight, why the curve ? Dave's observation seems to clinch it, a gag photo for fun ! Last, I could be wrong, but the street car seems way out of scale compared to the horses and wagons.

A history on these trick photography gag postcards would be really fun to see !! Thanks for the posts !

Trick photography goes way back. I would love to read a good article on on the early days of it. One of my uncles was into photography (this was of course much more recent, back in the 1940s before I was born). My aunt and cousins had a number of pictures of my grandfather in trick pictures.
Even in movies, such things were done early on. There was a movie ("Dreams of a Rare Bit Fiend") with a flying house visiting all around the world. Two versions were made, both fairly early. One was one of the earliest fully animated cartoons, the other was live action trick movie photography. I have seen both.
Another famous movie was made by Stoneface Buster Keaton in the early '20s. Buster played all the parts, men, women, as I recall a baby, interacting with himself throughout. At one point he plays all the musicians in a small band. If I recall correctly, during that, there were seven of him in one scene. (I could be wrong on that number?)

Here's a few trick postcards of the day. 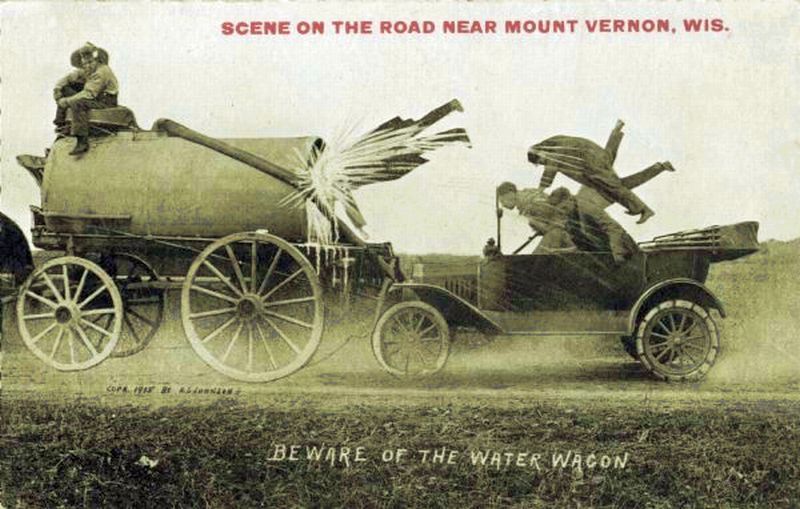 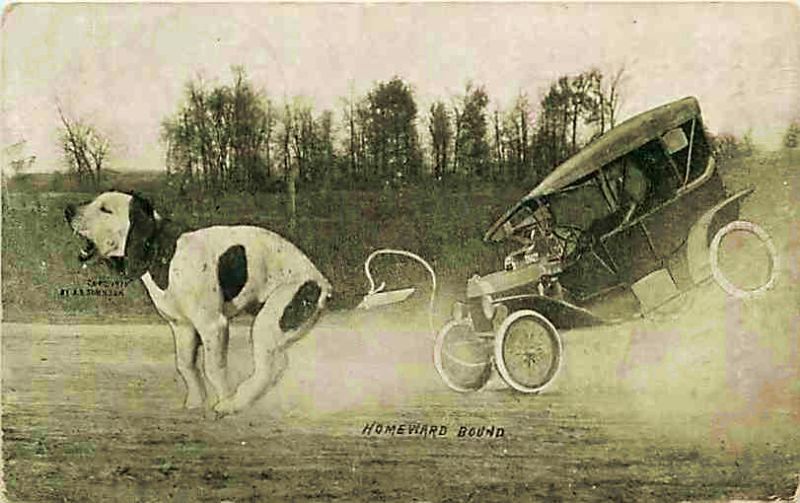 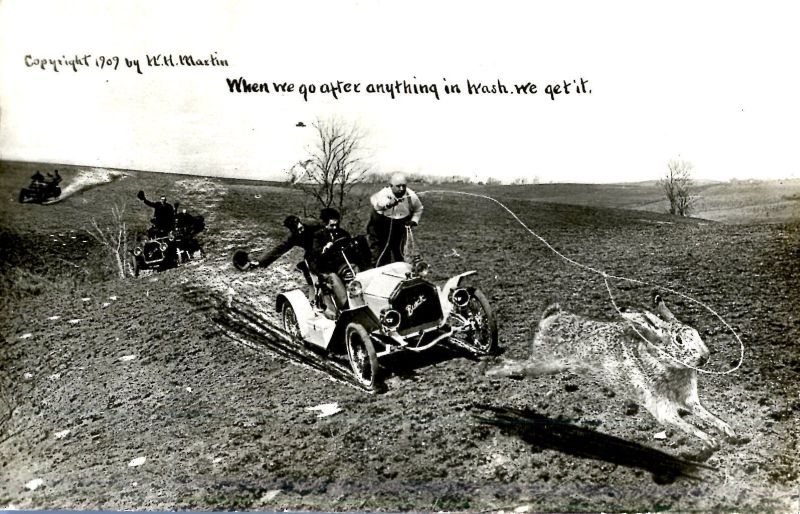