I have the hogshead off to service the cluth (slipping) and exchange the gearbands.
What controls the endplay of the complete transmission when all assembled and in the car?
I can move my transmission cluster back and forth approx. 3/16" (3-4 mm).
The 4th bearing is not tight as I have had it loosened to get the hogshead lifted off, but is that controlling the endplay?
I would think that the clutch hub is controlling that endplay, but is it excessive?
Here is a little video that shows the endplay:
https://youtu.be/TWEKoiWDEMc

PS:Yeah - there is a little rust on the low drum - the car has been standing all too long with the hogshead off as I have been driving my 1921 Roadster Pick-up instead in the hot summer....
It will be taken care of before the bands are installed.

Michael -- That end play is controlled by 3 flat washers which go next to the clutch drum on 1919-up transmissions. Before that, Ford used a brake drum bushing with a collar on it, much like a triple gear bushing but larger. That collar served the same purpose as the 3 washers did later. Many of the earlier cars have had their bushings replaced with the later type and the 3 washers installed, since the collared bushing is no longer available. I don't know what year car you're working on, so either the collar is worn off the bushing or the 3 washers are missing. Look at Lang's catalog, part #'s 3320.

Possible issue with not having the washers or improper amount of washers...

However, with that much end play, I think the disc drum is loose on the transmission shaft and the set screw hole in the shaft is probably pretty wallowed out too.

The trans needs to be removed, disassembled, and repaired.

Sigh. That was what I was hoping to avoid.
Thanks guys.

Michael the Service Manual addresses the amount of clearance that should be there. I believe is in the range of .015" to .022". Although yours is more, I wouldn't worry about it until you take the engine out for repair. Your clearance is not a critical issue.
Reason thru the issue and I think you'll agree with me.

That advice, unfortunately, is gambling with someone elses safetey.

That much endplay is an indication that a failure has already occurred, and a warning that a catastrophic failure is imminent.

In almost all cases, a proper repair at the first sign of a failure is most always the less expensive, safest, and less labor intensive alternative!

The clutch started to slip, and that was why I grounded the car last year. Now I wonder if there is a connection. I do normally not slip the clutch when I shift to high, so I will expect a long life for the rabbit clutch.
Now I just drove to the lokal BILTEMA and bought this: 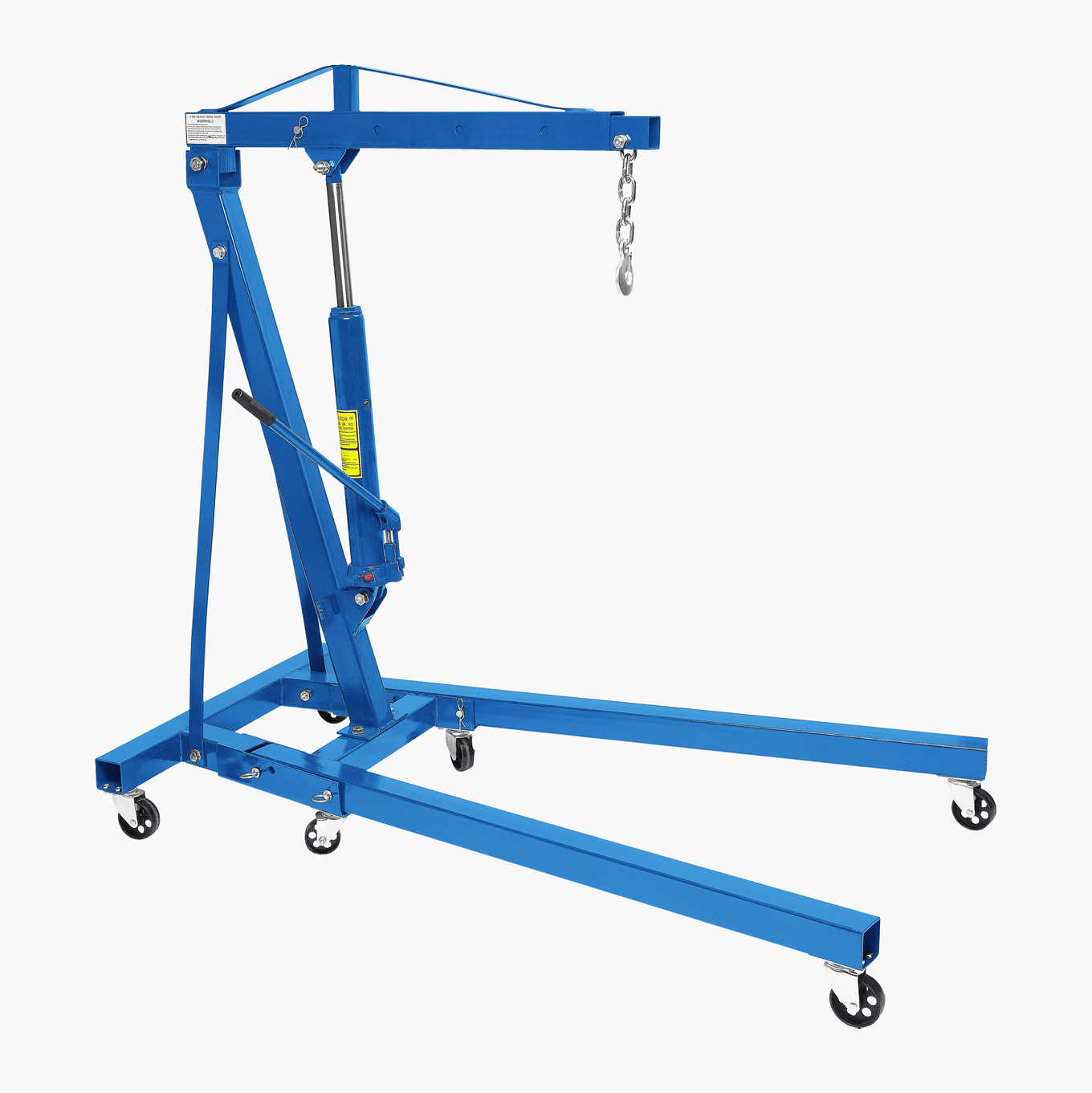 Both my Model T's need to have the engine pulled, so now I want my own crane. :-)

Steve Jelf can tell you what happens when you have to much end play/float in the trans drums, he posted a very informative thread some time back on looking for a reason on why he lost his clutch all of a sudden, the first small clutch plate had fallen down in-between the clutch drum and brake drum to jam the works up.
Early T's actually had a thicker first plate to allow for the wear in the thrust on the brass bush to avoid this from happening.

Right you are Frank, didn't think of that

Michael -- You'll want an engine leveler or equalizer to go with your new hoist.

They are available from lots of sources; this is a good picture of one. They allow you to tilt your engine to different positions when pulling and reinstalling it, which is very helpful.