I'm looking at a '17 touring. It was built mid-September 1916. It seems to have several holdovers from the '16 model year (patent plate, brass gear case and black painted levers on steering column, brass hubcaps, windshield hinge where the glass splits and not above, etc.)

Am I correct it was pretty common for Ford to use up parts from a previous model year when starting a new one?

Yes. It's also very common for parts to have been changed sometime in the past hundred years. I assume you're getting the date from the engine. Is the body 1917 style?

Tim,
Hello again. Technically it is a 1916 but is a 1917 model year. Model year and manufactured year are not always the same. Model year change over was a few months prior to the calendar year. I would call it a 1916.

My father and I both own 1917 Fords with known histories from new and we have made it a point to look at a number of 1917 Fords over the years, especially if they are un-restored.

The composition and finish of the steering gear cases can differ based on what I have seen in person and in period photos. The nickel plating is never very good, especially on the levers so subsequently it is not uncommon for folks to paint them black. Some folks strip the plating on the brass housing that is riveted to the steering column. On my father's and my cars, the screw on cap for the gear housing are nickel over steel and the original plating was pretty lousy.

The patent plate should mounted on the left side of the firewall and slightly obscured by the cowl - this was the standard location starting with the 1915 models. See this thread and scroll down to see the location of the patent plate on my unrestored 1917 roadster (May 1917 serial number - plate is black over steel but rusty):
http://www.mtfca.com/discus/messages/118802/146752.html?1277640095

I believe that Jim Sims has an un-restored 1917 touring that was assembled in August 1916 that is in very good, original condition. He would be a good source of information for very early 1917 Fords. I would ask him about nickel plating as well as if the patent plate is brass or steel.

Now that I have been thinking about it, Warren Mortensen has an early 1917 touring (October 1916?). I saw the car prior to restoration - you may want to contact him:

There is also another really nice unrestored 1917 touring in Colorado that has a fall 1916 serial number that was featured in Vintage Ford or the Model T Times maybe 20 years ago. I examined that car at the national tour in Park Rapids, MN years ago. I don't know if I have any photos of that car (pre-digital camera).

There's another early '17 touring floating around the Twin Cities that belonged to the late Norm Nielsen and later Greg Lundeen but I don't know its current whereabouts.

Also, I have photos of another unrestored early 1917 Ford (September or October 1916) that was purchased new in Minneapolis and until recently spent its entire life in Minneapolis. I'll see if I can dig those up and post them (I'm visiting my parents at the moment).

In the U.S. we describe cars by model year, not by actual date of manufacture.

I do have a 17 that was made August 7 1916. Has many things that were only used for the first couple of months of production such a the black steering gear box and fan shroud. 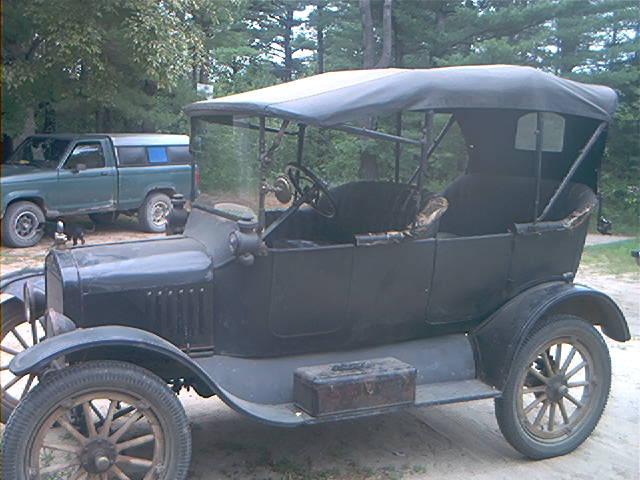 Wow! Great info. The patent plate is definitely 1916 style per the encyclopedia. Three hubcaps are either brass or brass over steel, the fourth rusty steel. The wheels are later demountables. Title says 1917. I've attached a photo that may or may not help :-) 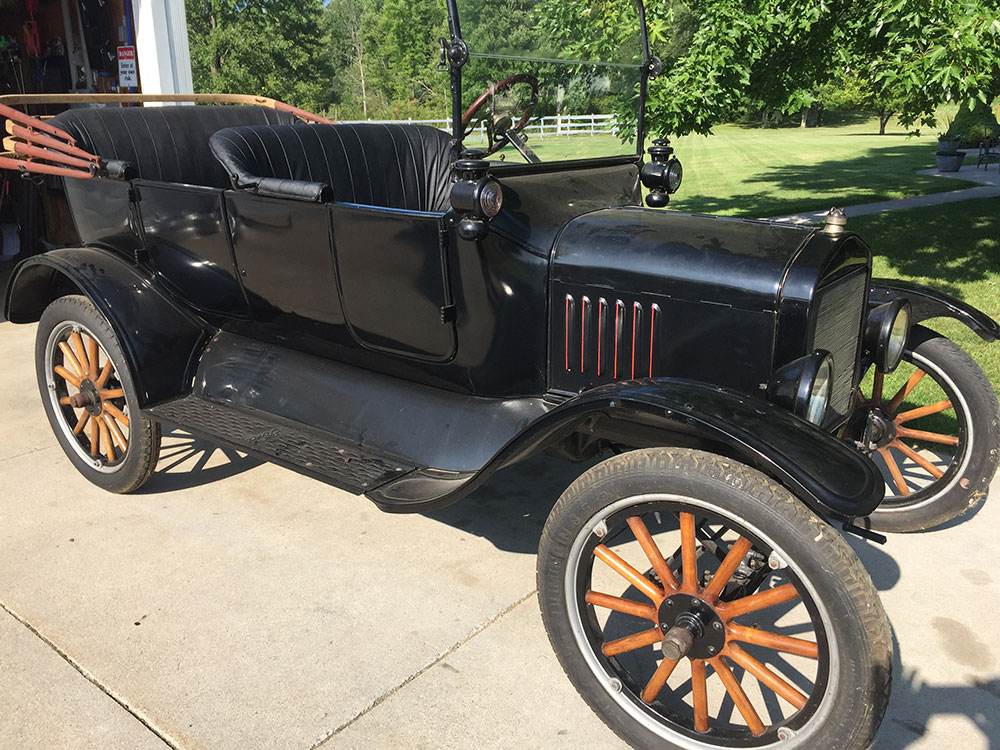 There should be a date and serial number on the front passenger side floor riser. Depending on the body manufacturer, it is either stamped into the wood or a metal plate fixed to the wood.

You said three of your hubcaps are brass over steel and the fourth is nickel over rusty steel. I think you mean three are nickel over brass - that's what I see on the hubcap on the right.

Where is your patent plate located? It should be on the driver's side of the firewall to the left of the steering column flange, the corner of the plate tucked up under the cowl. I believe the 1916 through 1919 patent plates were the same.

Also, one more set of nickel plated castle nuts I neglected to mention are the two for the windshield hinge (one per hinge). They are nickel over brass on both of our 1917 Fords.

Erik,
The patent plate is where you described. Not the MTFCA encyclopedia but another source showed different patent plates for 1916 and 1917. This car has the 1916 plate (but then it was built in Sept 1916). Confusing.....

I plan to see the car again soon and will check out a few things that were mentioned. Thanks to all! 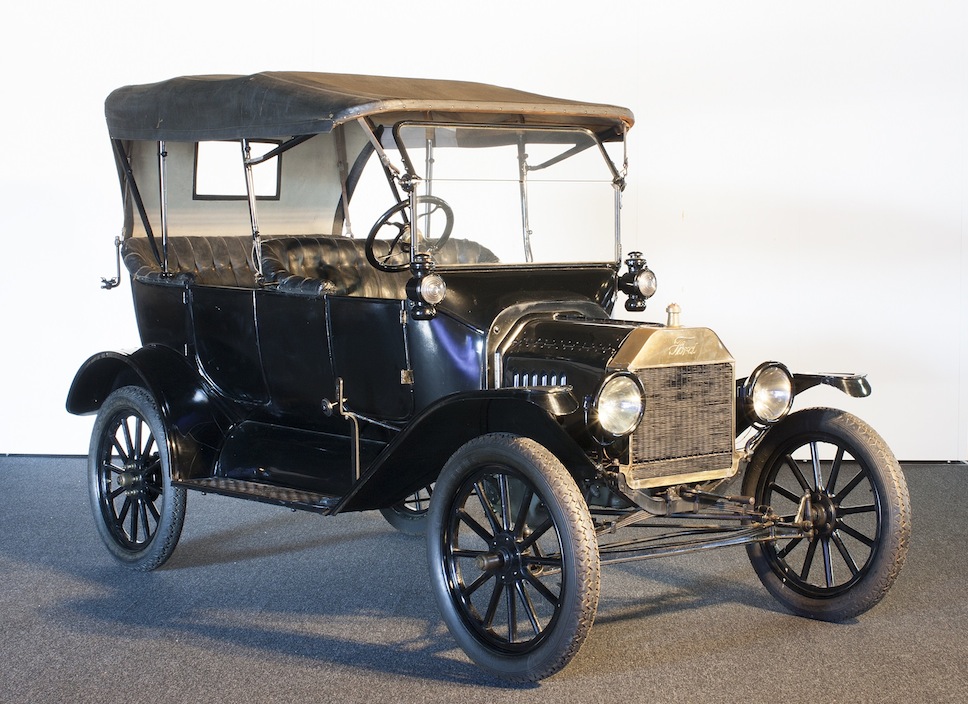 This is a 1916. Note the obvious differences: radiator, cowl, hood, fenders.

(Message edited by steve_jelf_parkerfield_ks on August 14, 2018)